Accessibility links
Anniversary of the Protestant Reformation: 500 Years Later Tuesday marks the anniversary of the Reformation, which began when German monk Martin Luther denounced Roman Catholicism. Most of the concerns he raised have been resolved, but divisive issues remain. 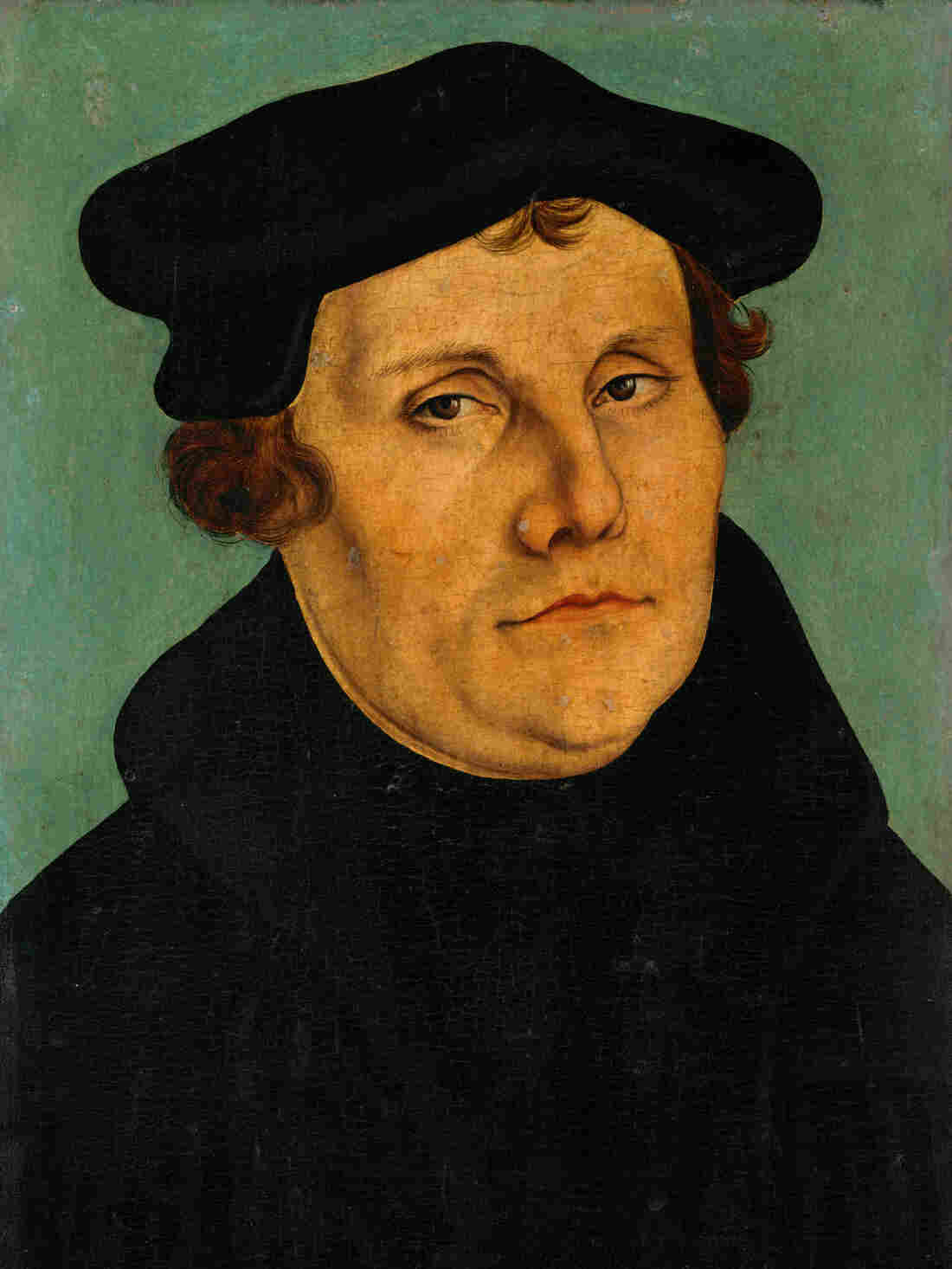 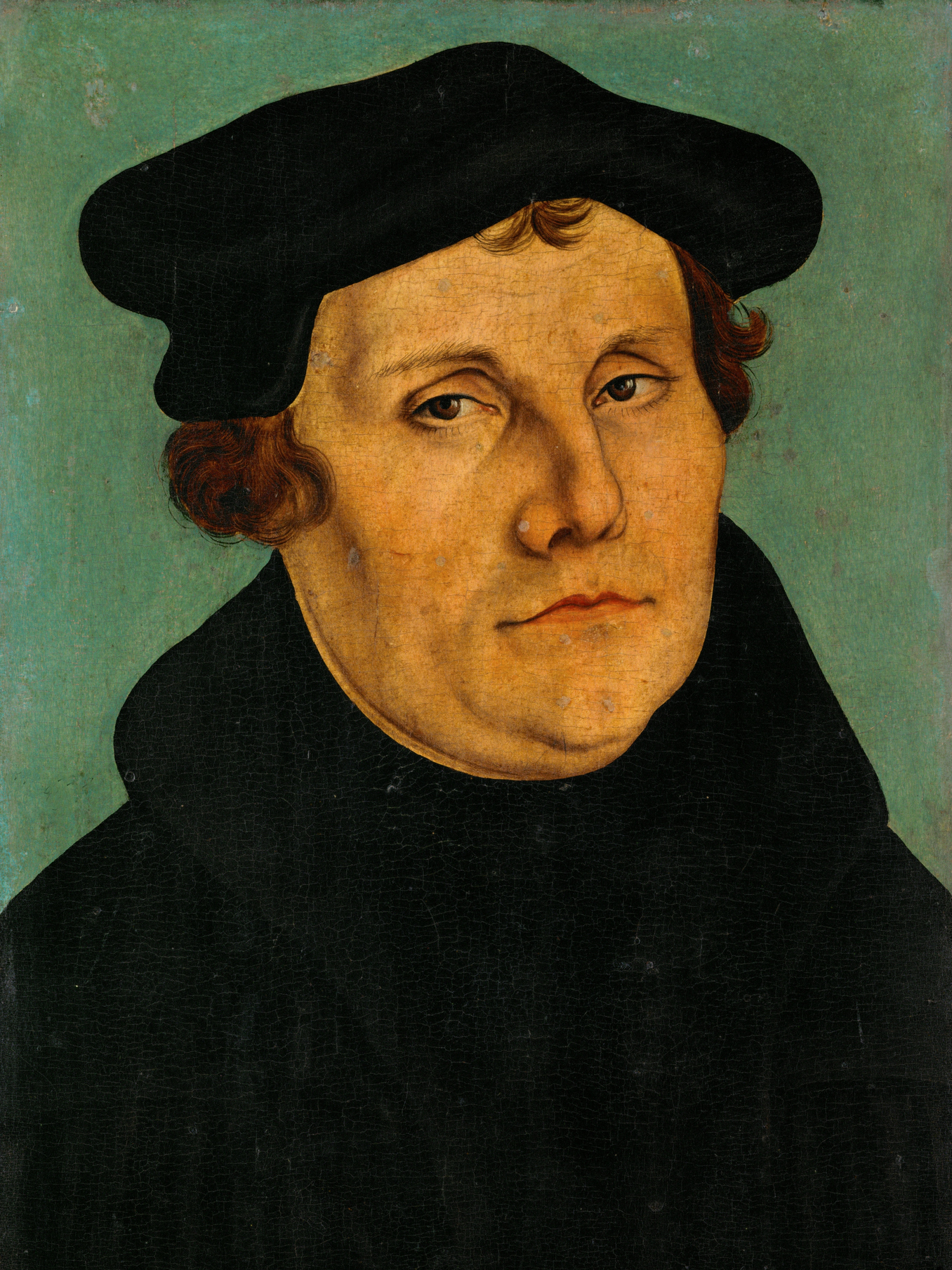 The man who started it all: German theologian and religious reformer Martin Luther (1483-1546)

Five hundred years after a rebellious act by a single German monk divided the Christian world, religious leaders on both sides of that split have finally agreed their churches share responsibility for the historic rupture.

On Oct. 31, 1517, an outspoken university lecturer and Augustinian monk named Martin Luther posted a list of objections to the dominant Roman Catholic beliefs and practices of his time. Chief among his grievances was the church's claim that Christians could buy their way out of punishment for sin — and thus shorten their time in purgatory — by purchasing a letter of "indulgence" from their local parish. In practice, much of the money went into the pockets of corrupt local princes. 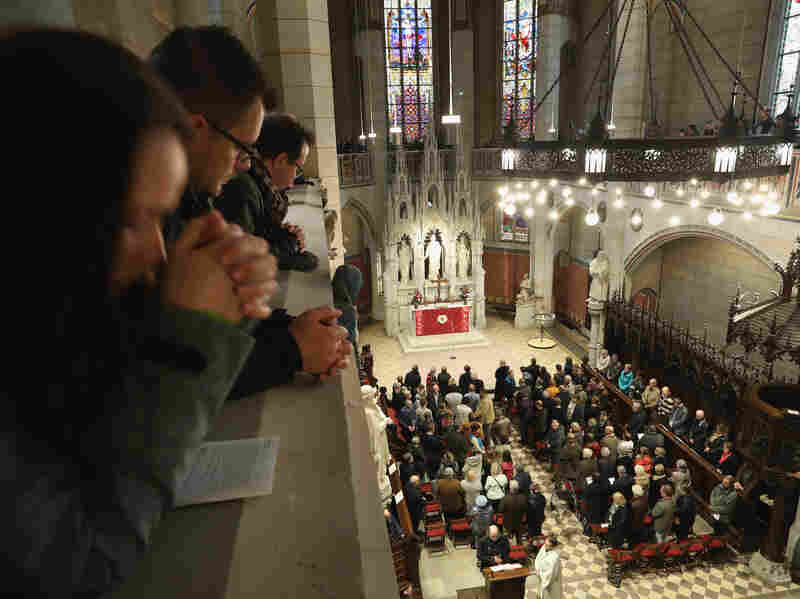 Worshippers gather at the Schlosskirche church in Wittenberg, Germany, where Martin Luther is thought to have nailed his "95 Theses" to the church's doors in 1517. Sean Gallup/Getty Images hide caption 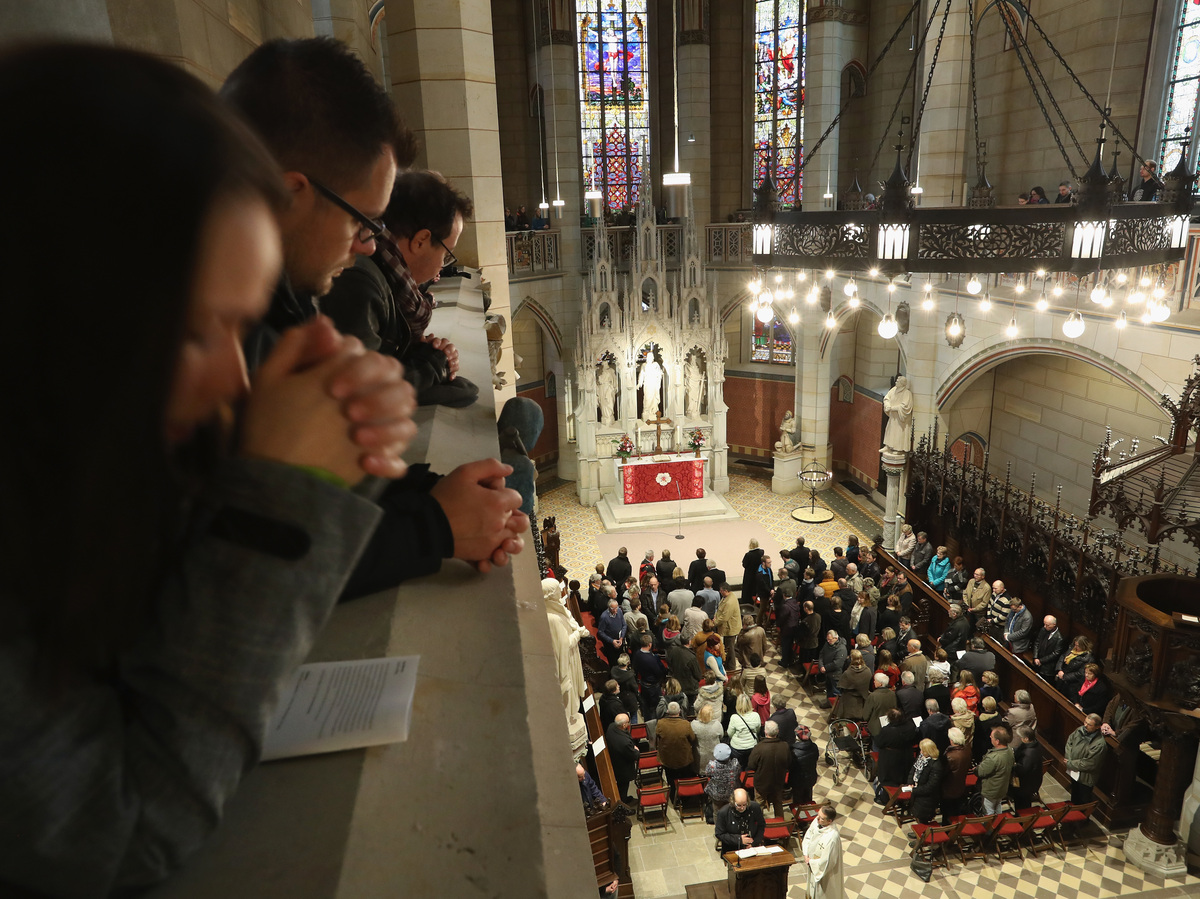 Worshippers gather at the Schlosskirche church in Wittenberg, Germany, where Martin Luther is thought to have nailed his "95 Theses" to the church's doors in 1517.

Whether Luther nailed his list to the door of his hometown church, as legend has it, or simply mailed it to his archbishop is in dispute, but his "95 Theses" represented a stunning challenge to papal authority and the entire Holy Roman Empire.

The split that followed, known as the Protestant Reformation, fostered the development of religious and political freedoms in Europe but also set the stage for persecution and war. Catholic-Protestant enmity endured for centuries.

On the Reformation anniversary, however, the Lutheran Church, founded by Luther himself, and the Roman Catholic Church that rejected Luther's protest have achieved at least a partial reconciliation.

True Christians participate in all the blessings of Christ and the church, and this is granted to them by God even without indulgence letters.

"Catholics should do penance for setting the stage for the [division]," says Bishop Denis Madden of Baltimore, who heads the Committee on Ecumenical and Interreligious Affairs at the U.S. Conference of Catholic Bishops. "It was not out of the blue that [Luther's protest] happened. The society, the church, the way things were being done at that time, called for reform, and there were very few courts of appeal where that reform could begin."

For their part, Lutheran leaders are approaching the Reformation anniversary with comparable humility. "We've had to say that breaking up the western church was not a gift to the church," says the Rev. Elizabeth Eaton, presiding bishop of the Evangelical Lutheran Church in America, the largest of the Lutheran denominations.

In fact, many of the issues that Martin Luther highlighted have since been addressed by Roman Catholic leaders. The sale of indulgence letters proved especially indefensible. 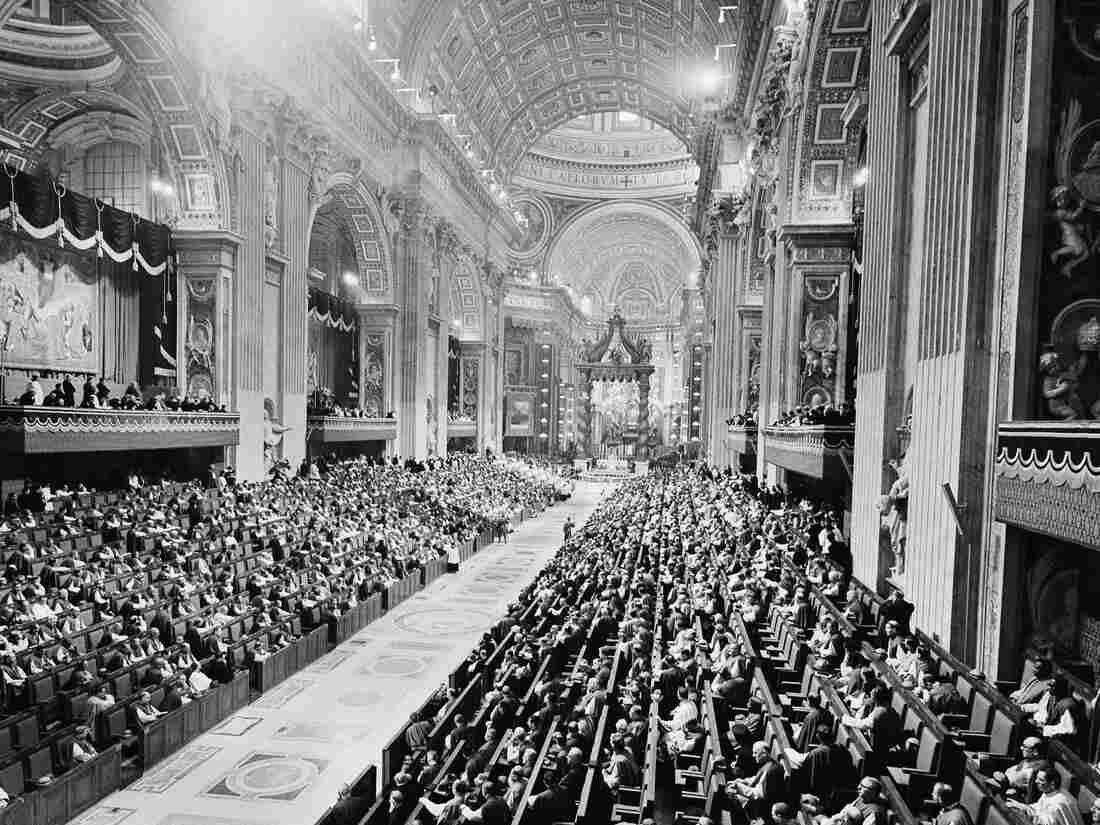 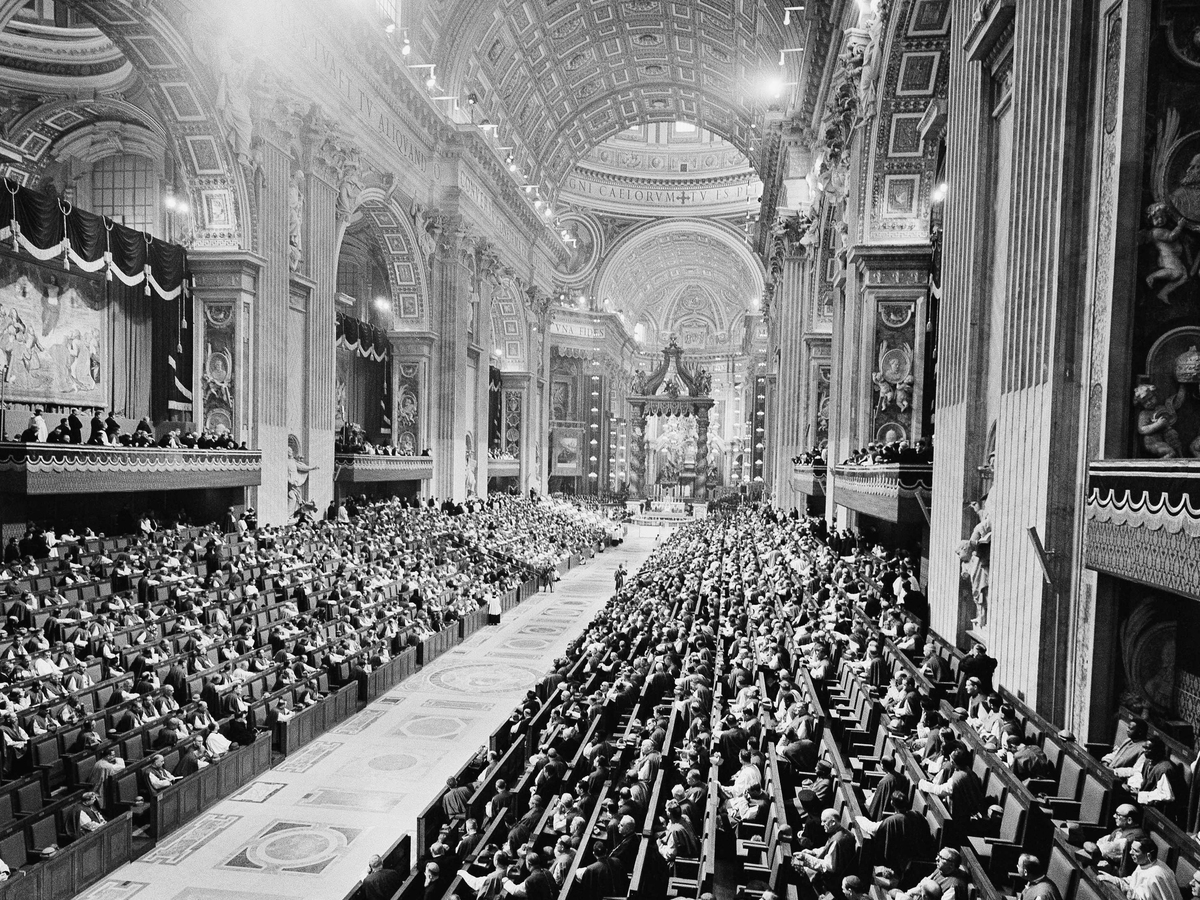 The closing ceremonies of Vatican II's first phase are held at St. Peter's Basilica in Vatican City on Dec. 8, 1962. The Catholic Church accepted many of Luther's teachings in the Vatican II Council.

"True Christians," Luther wrote, "participate in all the blessings of Christ and the church, and this is granted to them by God even without indulgence letters." (Thesis 37) Such letters, he wrote, "are nets with which one fishes for the wealth of people." (Thesis 66) In 1567, Pope Pius V abolished the sale of indulgences.

It took us only 450 years to see Luther's point.

The associated theological issues were not so easily resolved. Luther had objected to the Catholic teaching that one could attain salvation through his or her own efforts, arguing instead that salvation was a gift freely given, bestowed upon all those who have faith and accept God's grace. That doctrine, which was known as "justification by grace," was resisted until the Vatican II Council largely accepted it in the 1960s.

"It took us only 450 years to see Luther's point," says Catholic scholar John Borelli of Georgetown University. "In many ways, Vatican II was Luther's council."

Roman Catholics have also accepted other Luther arguments, including his belief that people should be able to worship and read the Bible in their own language and participate freely in the Eucharist, a privilege restricted to the clergy in Luther's time.

In 2015, Eaton and Madden spearheaded the preparation of a "Declaration on the Way to Unity" that identified 32 issues on which Catholics and Lutherans were approaching convergence. A year later, on Oct. 31, 2016, Lutheran and Roman Catholic leaders held a joint ecumenical prayer service in Sweden, launching a yearlong commemoration of the Reformation. Both sides hold out hope for an agreement that would enable Lutherans and Catholics to celebrate Communion together.

"This is something that our people long for," says Eaton.

On other issues, such as the role of the pope and his bishops, the role of women in the church and same-sex marriage, significant differences remain. More work is also needed with the laity and clergy alike to promote the value of ecumenism. Some Catholics and Protestants have been slow to welcome the efforts or are opposed outright. Within Lutheranism, neither the Missouri Synod nor the Wisconsin Synod are yet willing to open their Communion table to those who do not share all their beliefs.