Accessibility links
A Boy With A Crush On A Boy — And For The Disney Channel, A First The Disney Channel created a coming-out story for a young character in a live-action show for the first time on Friday when an implied crush was made explicit on Andi Mack.

A Boy With A Crush On A Boy — And For The Disney Channel, A First

A Boy With A Crush On A Boy — And For The Disney Channel, A First 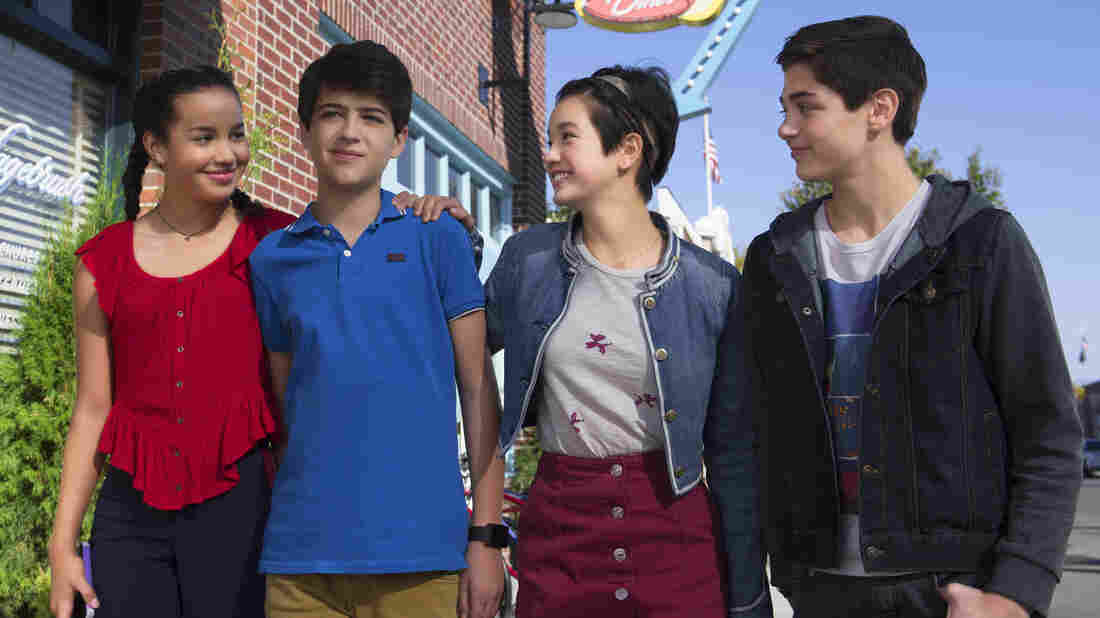 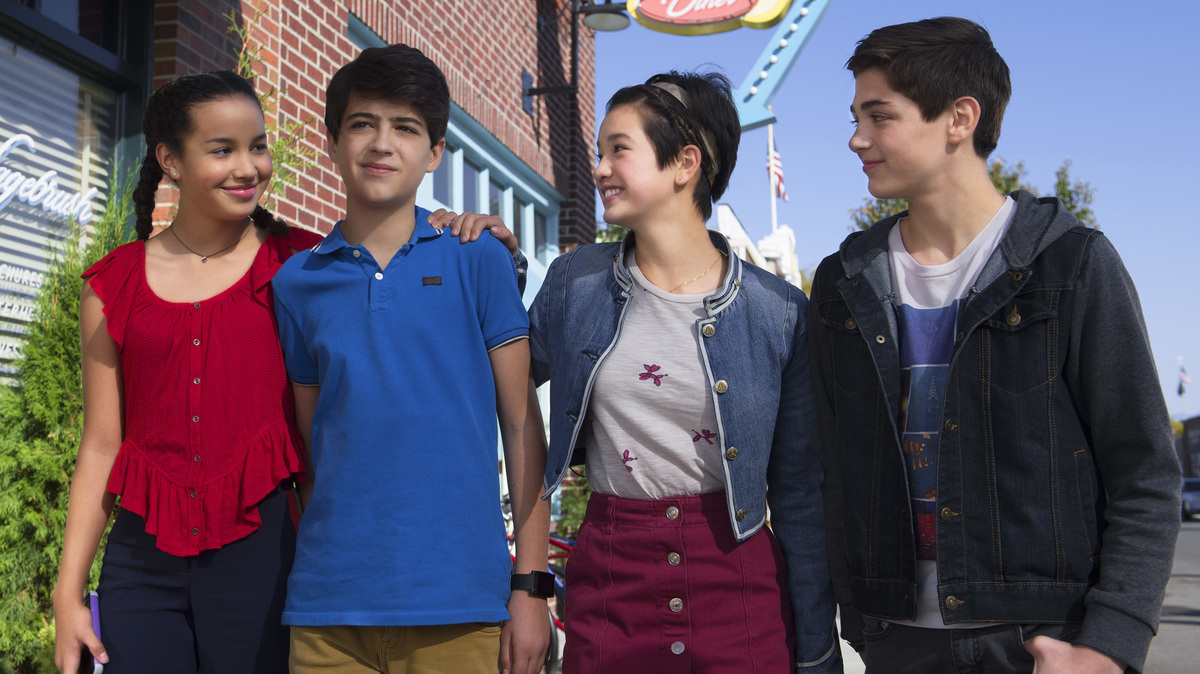 It was TV history made in a moment. Goofy 13-year-old Cyrus Goodman came out as gay by confiding to his good friend Buffy that he had a crush on a boy. That boy is cool kid Jonah Beck, who just started dating Cyrus and Buffy's best friend, Andi Mack.

The show is the Disney Channel's hit tween dramedy, Andi Mack. And it's the first time the channel has featured a coming-out story for a teen in a live action show. The series hinted that Cyrus might have a crush on Jonah through its first season, but Friday's episode was the moment when Cyrus finally said it out loud.

In one tender scene, we saw Cyrus admit he was in the closet and crack the door open wide enough for his friend Buffy to see inside. That would be a complex storyline for any series to handle, let alone one featuring tween characters worried about homework and school sports along with questions about who is dating whom.

It makes sense that the storyline would happen on Andi Mack.

Created by Terri Minsky, who also made Lizzie McGuire, the show has developed a reputation for handling complex subjects with a direct, realistic approach.

The show's title character — played with an earnest, optimistic spirit by Peyton Elizabeth Lee – is multiracial, of Chinese and white heritage. In the show's first episode last season, Andi found out that her freewheeling sister Bex, was actually her mother. The woman she thought was her mother, Celia Mack, was actually her grandmother.

The most powerful thing about Andi Mack – at least, to this non-tween TV critic – is the way the show portrays situations that kids deal with all the time, but that most other kid-focused television shows either sugar-coat or avoid discussing entirely.

For example, my late father was an adult by the time he found out his family situation was similar to Andi's, except the woman he thought was his mother was an older cousin. I often wondered how different his life would have been – and, by extension, mine — if he had lived in a time where TV shows openly discussed circumstances like that. It might have lessened any stigma.

Cyrus' admission in Friday's episode seemed likely to spur conversations about coming out and romantic connections that could help real-life tweens sort through those issues. That's why advocacy groups like the Gay and Lesbian Alliance Against Defamation hailed the storyline before it even aired.

As a TV critic, I liked the understated performances from Joshua Rush and Sofia Wylie, who play Cyrus and Buffy, respectively. Too many kid-centered TV shows feature stars who rely on shameless mugging and overly dramatic flourishes; these young actors played the moment much more realistically, as Buffy met Cyrus' admission with affection and understanding.

It all added up to a historic exchange that was also perfectly ordinary – a wonderful scene that left me eager to see where the story goes next.