Accessibility links
'The King Is Always Above The People' In More Lands Than One Daniel Alarcón's new collection of short stories follows a young man living in a capital post-revolution and includes an Abraham Lincoln love story, set in modern-day Chicago. 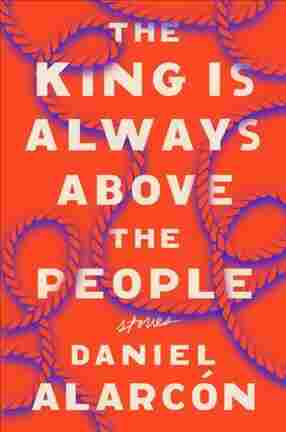 The King Is Always Above the People

Time and again, writer Daniel Alarcón has found himself on those lists that make other, less fortunate writers gnash their teeth. He's been named one of 37 under the age of 36, 39 under 39, and 20 under 40. Alarcón is 40 now — he was born in Peru, grew up in the suburbs of Birmingham, Ala., and he's got a new collection of short stories called The King is Always Above the People.

He very rarely mentions where the stories are happening, whether city or country. "It happened with my first collection where somebody wrote me and said, you know, 'You're writing a lot about Lima but ... it sounds like you could be writing about Lahore,' Alarcón says. "And I feel like there are certain things that are happening in cities across the world that are universal."

On the title of his collection

It refers to an image that surprised me the first time I saw it because the words kind of don't conform at first blush to the image itself, which is of a head of state hanging from a gallows, and a crowd below looking up at his corpse. In this case, it just struck me that there was something mysterious in that phrase and there was something — an idea about patriarchy and about authority that a character had to grapple with.

On the title story

Well, the story's really about a young man who moves to the capital, sort of in search of his dreams, and his dreams include getting out of town, going to the big city, seeing the world, and he's in some ways leaving this kind of stultifying, small town where he was raised and his parents, his father in particular, had lived in the city previously — just long enough to make enough money to go back home, and in that year that his father had lived in the city, he'd been witness to a revolution, which had not excited him in the least. His father had been, you know, very conservative, and when this young man makes it to a city, he's living near the port, working at a store near the port, and they happened to sell these postcards that have this image. In the story, it's a photograph of the dictator being hanged, and the young man, the protagonist of the story, thinks a lot about how this image would shock his father, and it almost has this kind of out-sized power because of that.

You know, one of the writers I really admire is Mario Bellatin. He lives in Mexico City, and many years ago, I was talking with him about how our current situation in the United States had felt to me so, so reminiscent of the divisions and the polarization that preceded the Civil War. But it seemed to me that the time was right for some kind of historical mashup, and I just wanted to play with this idea of Lincoln as this totemic figure, and sort of bring him to life in a way that was deliberately weird.

On his fascination with reinvention, and why it doesn't always end well for his characters

I think I end up pretty much the same person most of the day ... but I'm really drawn to reinvention as an idea. I think about my own parents, who moved to the United States in 1980 and the bravery and the courage in something like that.

My mom always says ... 'Dani, like, didn't we give you a nice childhood?' I mean, my stories are sometimes not, you know, things don't end well, but you know, no one wants to read about things that end well. Come on, let's be honest. It just seems utterly boring to me. I mean, because the truth is, things don't end well, and if things end well in a story it's only because they'd lopped off the last four chapters, you know? But hopefully as you read and follow these people on those trajectories, you're entertained, or you learn something, or you discover something about yourself that feels true.

This story was produced for the radio by Samantha Balaban and Martha Wexler, and adapted for the Web by Sydnee Monday and Petra Mayer.