Accessibility links
The Scary Sound Machine That Is 'Trying To Set People A Little Bit Off-Kilter' Film composer Mark Korven, known for his soundtrack to The Witch, commissioned an instrument called the Apprehension Engine to create scary soundscapes. 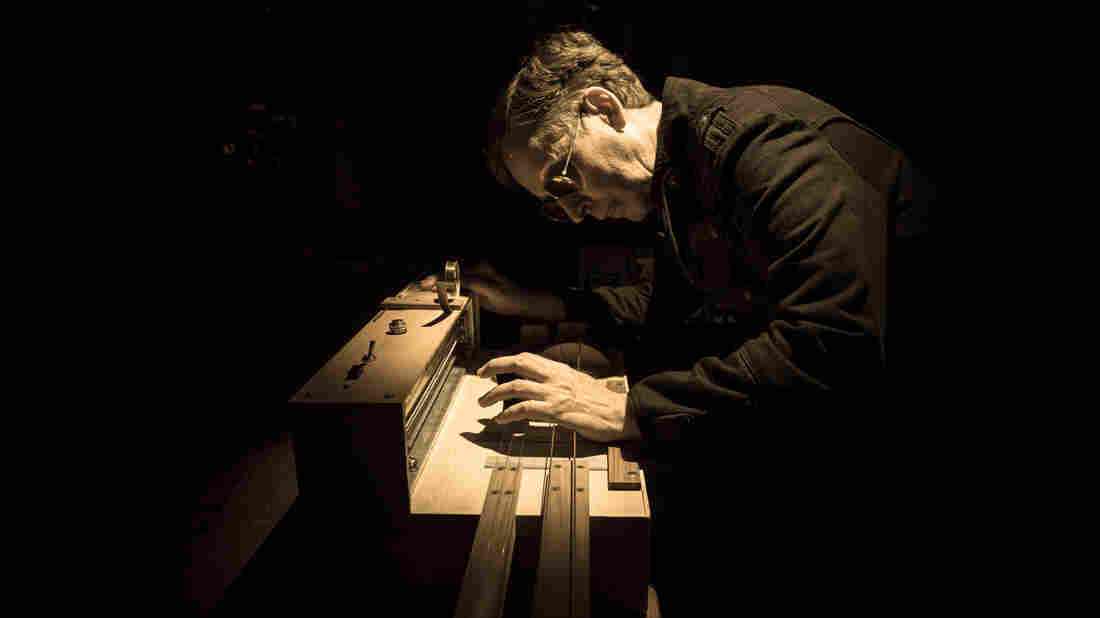 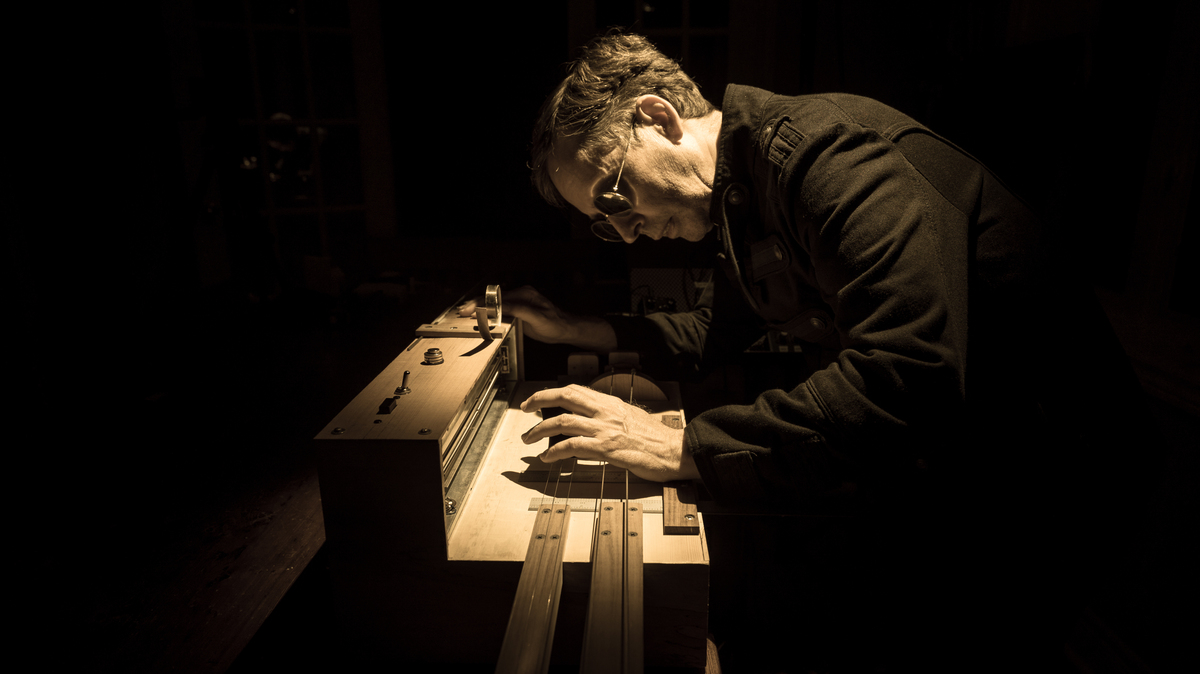 Kai Korven/Courtesy of the artist

Note: This piece is better heard than read. To hear this review and the specific musical moments it references, listen at the audio link.

Creaking doors, clanking chains, bloodcurdling screams: Those are his repertoire as a composer for film and TV soundtracks. He's helped spook up everything from The Twilight Zone and sci-fi cult film Cube to the recent horror blockbuster, The Witch.

Lately, though, he's been working on something else.

Korven, with the help of his friend and guitar maker Tony Duggan-Smith, has built a custom-made instrument he calls the Apprehension Engine. It's a frankenmachine of sorts that can produce just about any scary sound you can think of. He performed the instrument live earlier this month — on Friday the 13th, of course — at a cemetery in Brooklyn.

In an interview with NPR's Lulu Garcia-Navarro, Korven breaks down every part of the machine, what makes a sound "scary" and how he created the score for The Witch.

Lulu Garcia-Navarro: What was it like when you played the Apprehension Engine in front of a live audience? Especially in a cemetery, that sounds pretty scary.

Mark Korven: People were kind of confused and a little bit in awe. I remember we had people flocking into the chapel, which is where I was playing, the chapel in the Greenwood Cemetery in Brooklyn. And I remember this woman walking past the Apprehension Engine and I did this [sound] and she jumped about a foot in the air. I just love to get a rise out of people on occasion.

Can you walk us through all the parts of the instrument?

So [there's] a collection of metal rulers. If I was just to pluck them, it would sound a little bit like marimba, but when you bow them, it's kind of cool. What I bow them with is called a nyckelharpa bow. And a nyckelharp is a medieval push-button violin that I used when I was recording the score for The Witch: I needed a very small violin bow so that's what I'm using for this. And I also have something that's a spring reverb from a guitar amplifier; you can hit it, which I love. And then we have a hurdy-gurdy.

Basically what I was looking for was anything that was going to just cause me to feel a little bit uncomfortable and I knew my audience would be a little uncomfortable. So we're just trying to set people a little bit off-kilter ... I thought a lot about what makes for freaky sounds and I think it goes back to that primordial fear of being hunted. And something that is hunted might scream. I think that unearths that primordial fear of being attacked by an animal that's bigger than you are.

Yeah, in the dark woods at night on Halloween. How did you get into scary sounds?

Well, it wasn't much of a leap for me at all. I actually come from a jazz background and I've always been attracted to a strange and unusual harmony, so it wasn't that much of a leap to get into music that was a little bit more dissonant. And I love creative and harmonic freedom to do whatever I want and horror is one way of doing that. You can be really weird and strange and nine times out of 10 it's going to work quite well with the images that you're working with.

Do you change the sound for different projects? I mean, I suppose something like The Witch might be different than The Twilight Zone.

Absolutely. The Witch was a very unusual score in that Robert Eggers, the director, he didn't want anything that was electronic at all. He didn't want even reverb. He wanted it to be very flat, very dry, very real. So that was an unusual score but it did inspire this machine. I didn't actually use it on The Witch but I became enamored with that real tactile sense of touching a real acoustic instrument and being able to, you know, scratch it with your fingers.