Accessibility links
Canada's 'Welcome' To Immigrants Has Some Unintended Consequences Canada is taking advantage of the Trump administration's attitude toward immigration to attract foreign tech companies and workers. But there are downsides to appearing open to immigration. 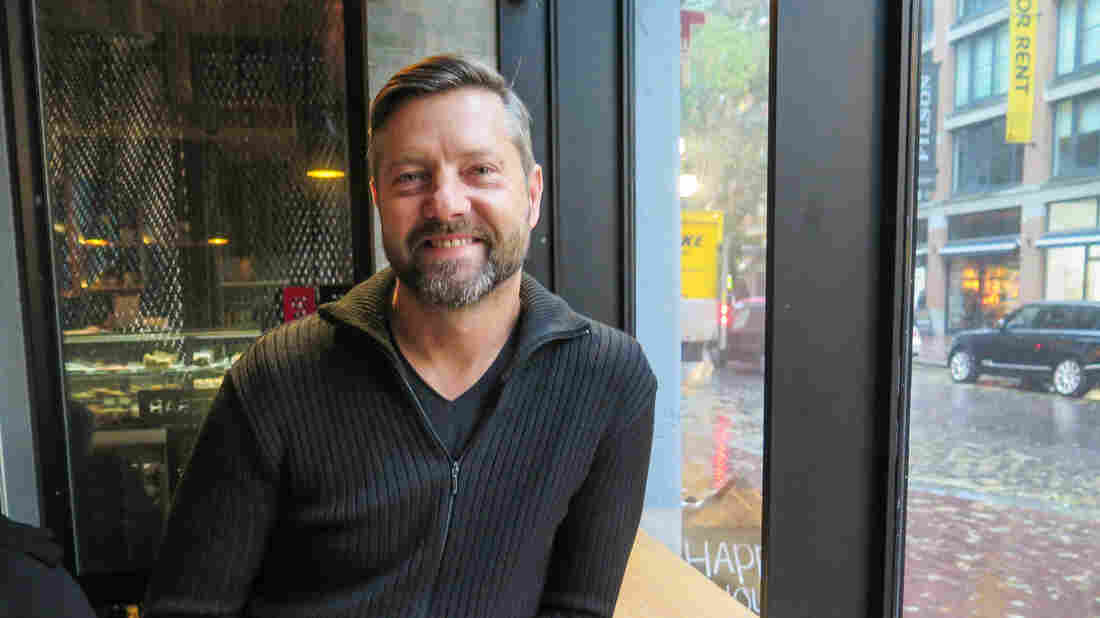 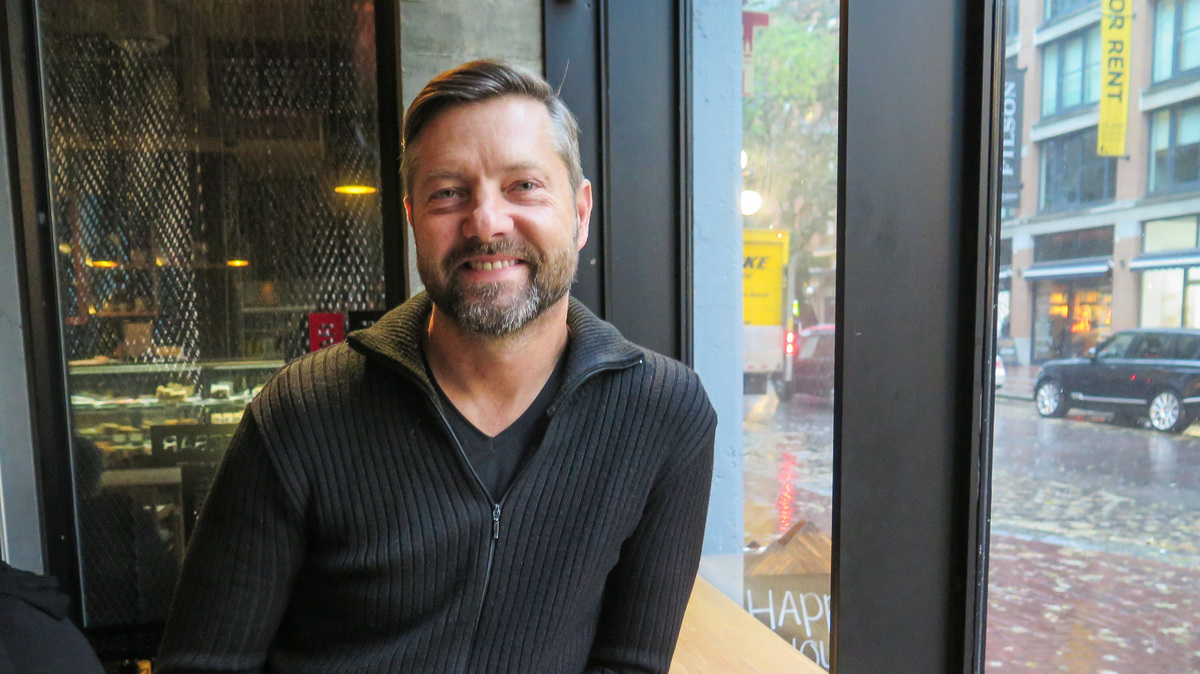 He'd been talking to his friends in Silicon Valley and they were nervous about the newly elected president's attitude toward immigration.

"Many of the start-ups and technology companies in the States and across the globe are made up of people who are not necessarily from that country," Tippett says.

Almost half of all American start-ups were actually founded by immigrants.

When Donald Trump took office, American tech companies worried that getting international employees work visas in the U.S. would get a lot harder. But Tippett had a solution to offer them: move to Vancouver.

Vancouver's tech industry has been growing for years now, with companies like Amazon, Slack, Microsoft and SAP all with large headquarters there. It's a quick flight from San Francisco, and a two-hour drive from Seattle. It's in the same time zone with the same language. Labor is also cheaper.

Tippett predicted there would be a surge of tech workers looking for an alternative to America. He founded the company True North, which helps tech workers move to Canada, get incorporated, deal with all the tax and other legal and immigration issues.

"We say, come on up! It's a great opportunity for Vancouver and Canada generally," he says, laughing.

Tippett says Silicon Valley is still the place to be. But each high-skilled worker who moves to Canada is America's loss.

"America used to be this place where you could go and have some assurances that you could live the American dream, you can be successful, you're not going to get kicked out, and it was a safe place to be," he says. "I think that notion has been largely shattered. Whereas Canada has gone the other direction and said, 'We are that place, and you can come here; you're not gonna kicked out.' "

Alex Modon heard that message. Two team members at his small Silicon Valley start-up are from India. They were in the U.S. on tourist visas initially, but Modon hired a lawyer to get them U.S. work visas.

The months dragged on and the bills racked up. After spending tens of thousands of dollars, his Indian co-workers didn't get permission to stay in the country.

The H1B visas that Modon's team applied for have always been restricted. Only a limited number are handed out each year. And Modon says he never thought it was going to get any easier under the Trump administration.

So his team hired True North to help his co-founders move to Vancouver — they got work permits in a matter of weeks.

Canada is now aggressively marketing itself as an alternative to Silicon Valley. This past summer, the Canadian government launched a program that streamlines the immigration process for tech workers. 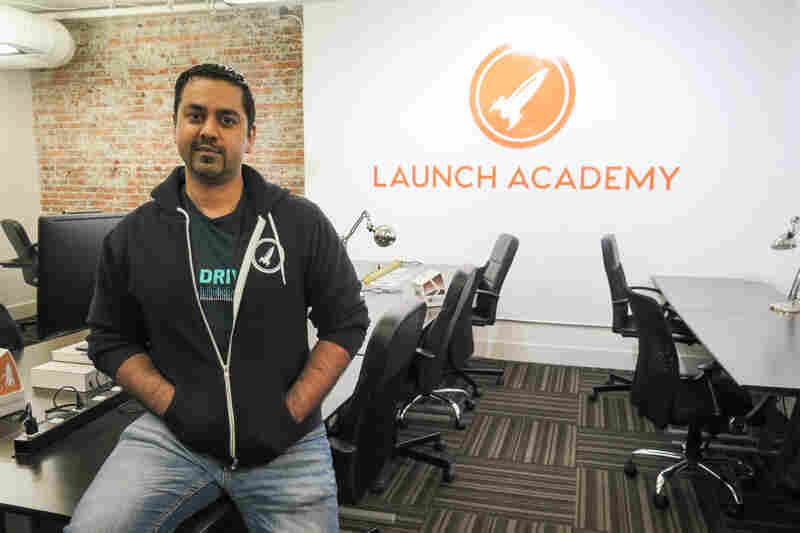 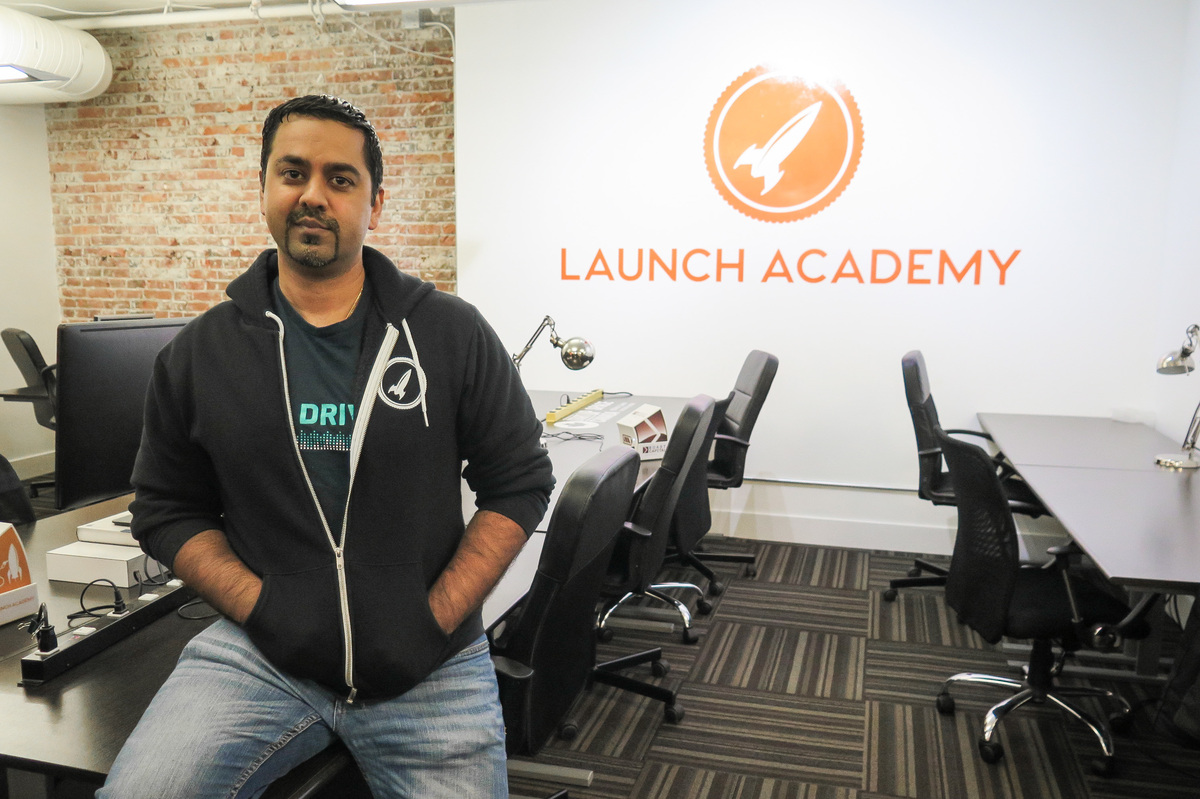 Ray Walia co-founded Launch Academy and works with the Canadian government to help attract tech companies to Canada. He says even American companies are interested.

At a start-up incubator in Vancouver called Launch Academy, young people in hoodies are hunched over their laptops.

Launch Academy co-founder Ray Walia is showing us around. He works with the Canadian government on a start-up visa program meant to target and vet budding companies from around the world. Visas can be obtained within two to four weeks after approval.

Walia recently went to India to sell Canada as a place to come and build a company.

He says he's seen a lot of interest — even from the U.S. He estimates that 30-40 percent of the companies who've applied for the start-up visa are American.

But it's not just highly skilled workers who are taking Canada at its word that it's friendly to immigrants. The message has had some unintended consequences.

This year, more than 15,000 people have illegally crossed the border from the U.S. to Canada.

International Social Service is a nonprofit that helps immigrants and refugees settle in Canada. Mona Hassennia is one of the center's directors. She says 80 percent of her clients have walked over the border from the United States into Canada. 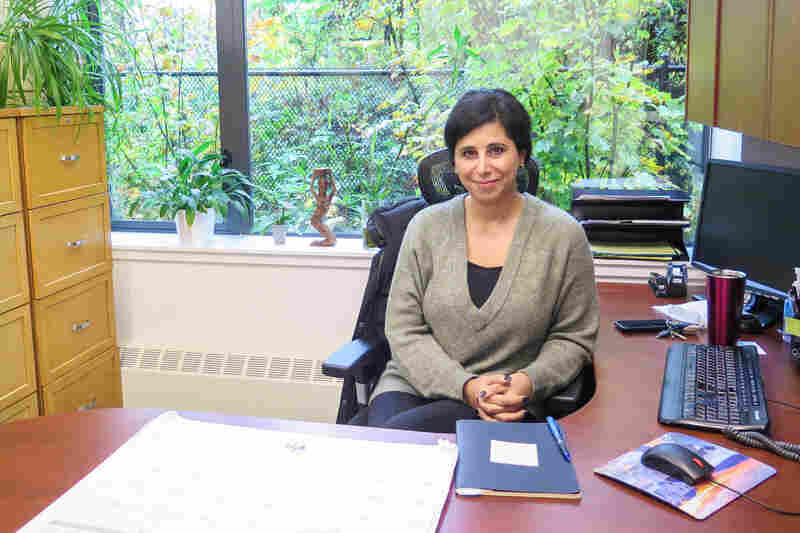 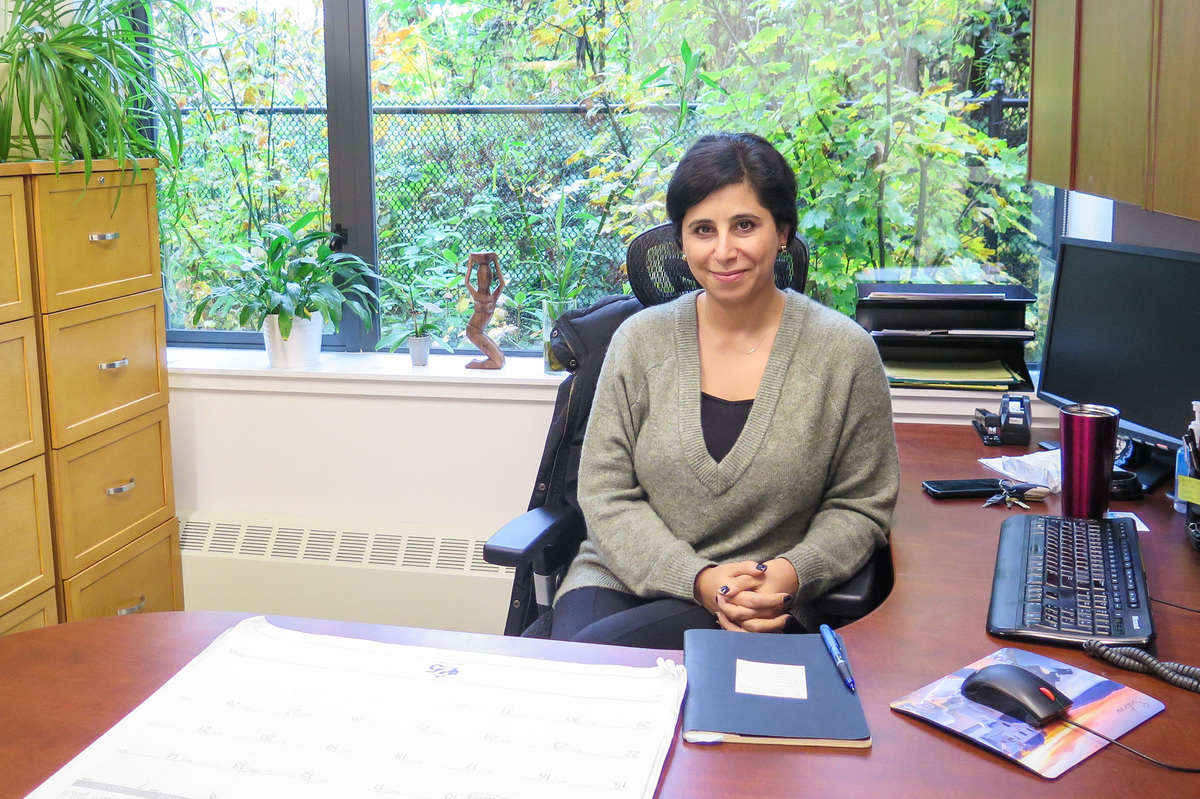 "I think the biggest reason that they're coming is the safety issue. They don't feel that there is safety in the United States, she says.

She recounts the story of one of her clients who told her that they came to Vancouver because they were invited.

"And we're kind of all looking at each other like, who invited you? And she said, 'Well, the prime minister of Canada,' " says Hassennia.

After President Trump launched his travel ban, Prime Minister Justin Trudeau made a point of accepting a number of Syrian refugees, and tweeting "#WelcomeToCanada." Hassennia says many refugees in the United States have taken up the implicit offer.

Ahmed Hussen is Canada's Minister of immigration, refugees and citizenship, who was a refugee himself. He came to Canada from Somalia as a teenager.

He says the government is trying to counter the impression that Canada has an open border.

"If you are just coming because you want a better life and a better opportunity, then you have to apply," he says. Just crossing the border is "illegal and potentially dangerous."

"There is a lot of misinformation to certain communities in the United States who were given the wrong impression about Canada," Hussen says.

The government is trying to "correct the record" with diaspora communities in American cities.

"Look, you are welcome to Canada," he says, "but it doesn't mean you can just show up because of your perception of what Canada is about."

Illegal crossings were down in September. But the influx of people fleeing America has still provoked a backlash in Canada. A recent poll found that just over half of Canadians think their government is being "too generous" to asylum seekers. 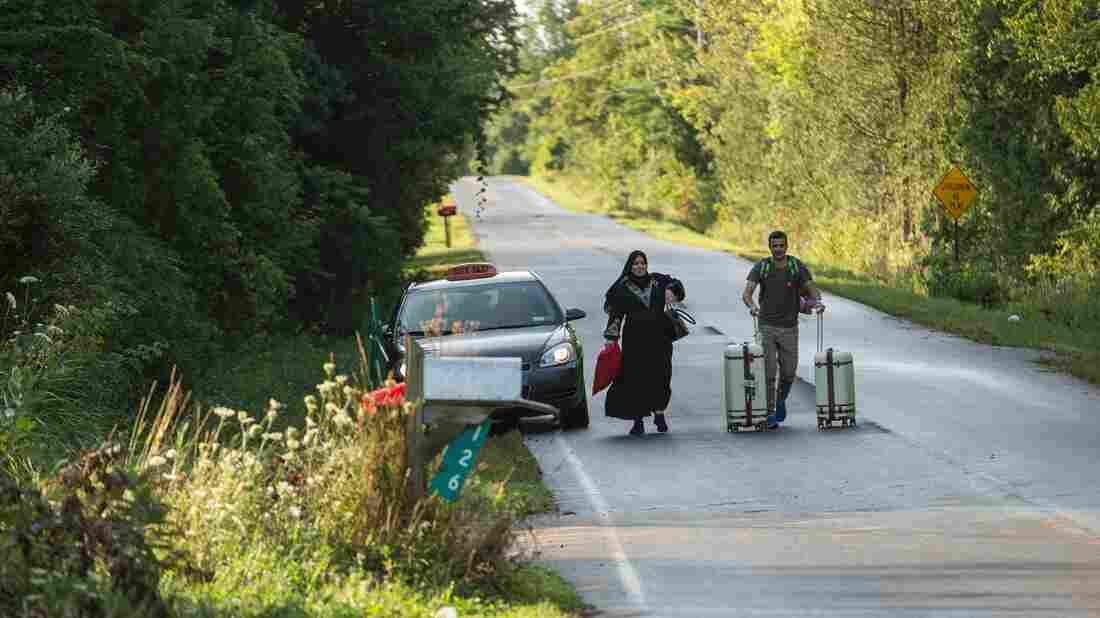 A cab drops off a couple of asylum seekers at the U.S.-Canada border near Champlain, N.Y., on Aug. 20. Geoff Robins/AFP/Getty Images hide caption 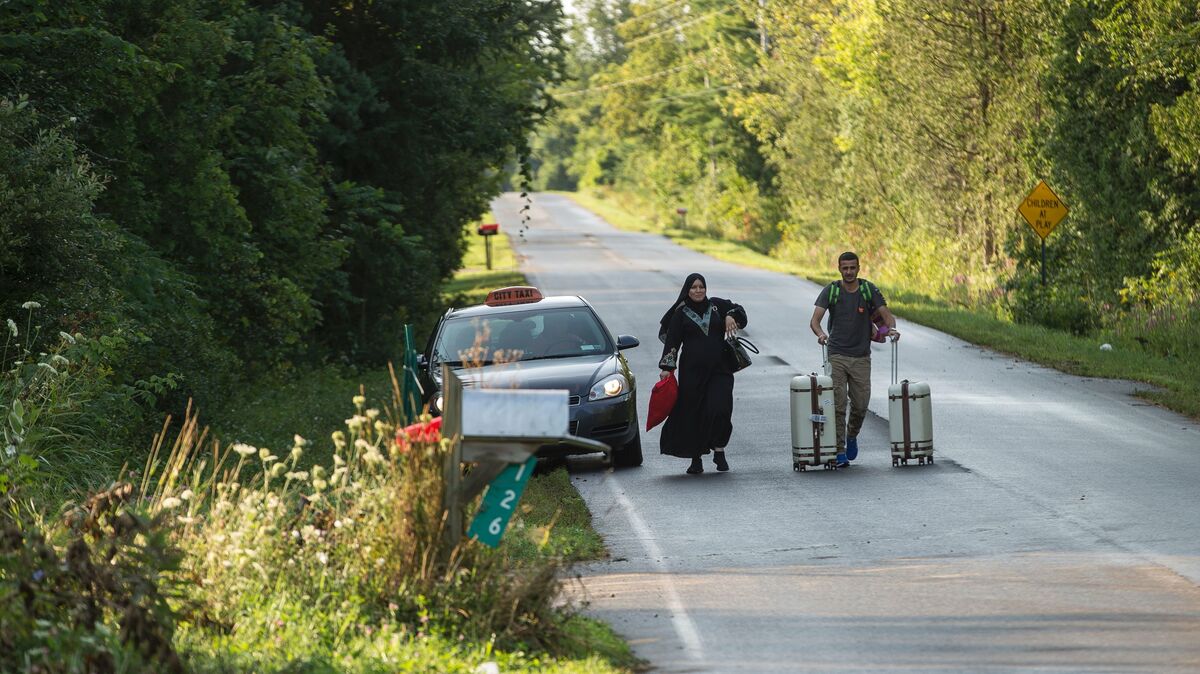 A cab drops off a couple of asylum seekers at the U.S.-Canada border near Champlain, N.Y., on Aug. 20.

An earlier version of this story misspelled Alex Modon's last name as Moden.