Accessibility links
The 'World Wide Funk' Of Bootsy Collins The funk master is back with his first album in six years: World Wide Funk. He talks King Records and his relationship with the late Bernie Worrell in an interview with NPR's Mary Louise Kelly. 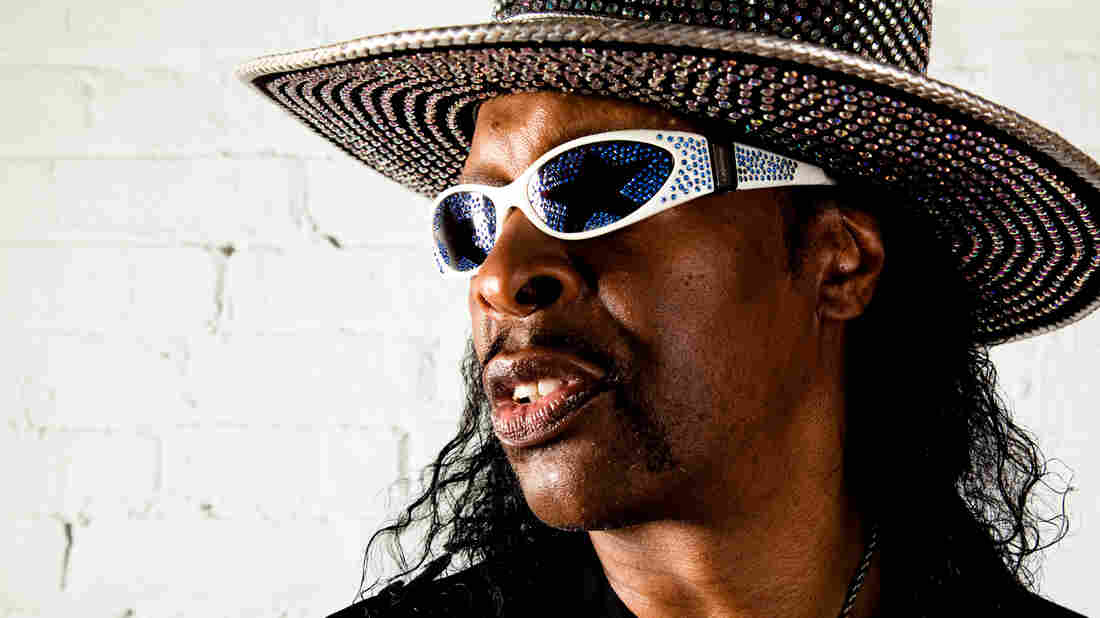 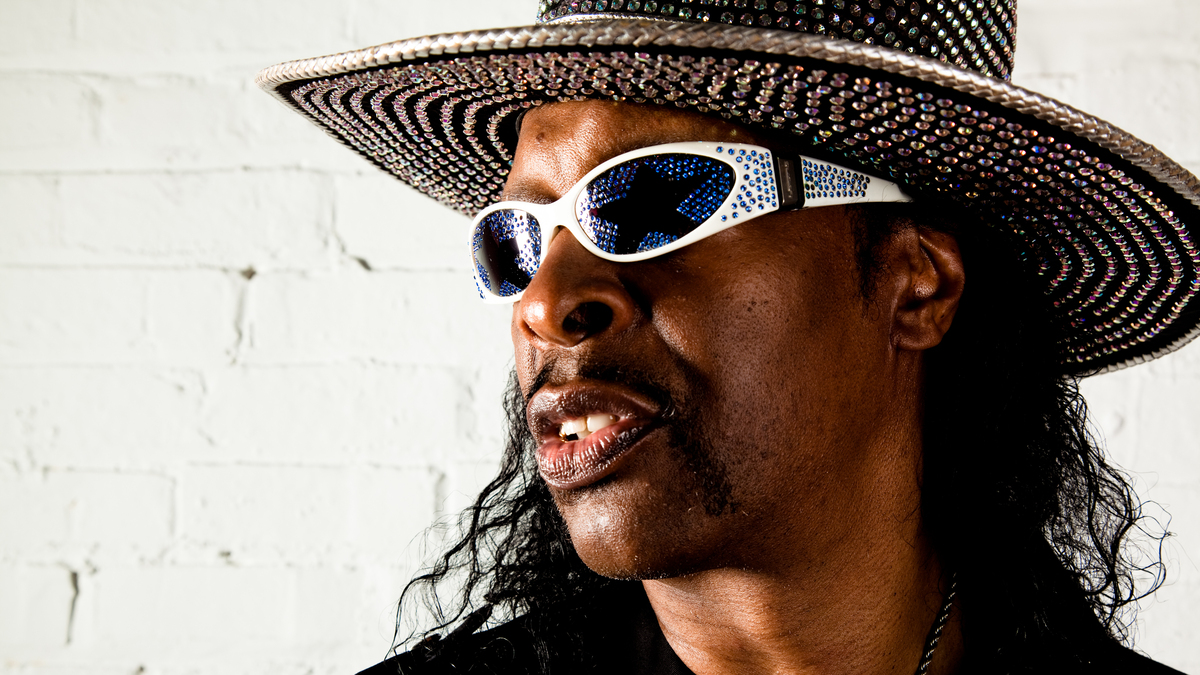 With his signature top hat and star sunglasses, Bootsy Collins is considered by many to be amongst the godfathers of funk.

But before he became one of the biggest forces ushering in the funk era, Collins was playing with James Brown, the godfather of soul, back in the early '70s after the two met at Cincinnati's King Records. Later, Collins joined Parliament-Funkadelic — the music collective headed by George Clinton, which was inducted into the Rock and Roll Hall of Fame in 1997.

In the '80s, Collins became a solo artist with his first record, Ultra Wave, and has been going strong ever since. His latest album, World Wide Funk, is his first in six years and is out Oct. 27.

"I mean it gets to the point where those kind of things have to come to you," Collins says. "And you gotta take time to let them come because before, when you're out there on the road just hitting it and then recording and hitting it and recording — that was in the younger days. Now it's either the road or you're in the studio, so I had to take time off of the road and start recording."

NPR's Mary Louise Kelly spoke with Collins about how he got his start at King Records, the song that was influenced by the 2016 presidential election and his close friendship with the late Bernie Worrell. Hear the radio version above and read on for an edited and extended transcript.

Mary Louise Kelly: Some people listening might not know that Cincinnati has this whole rich history of funk and soul. King Records — where you got your start — started there.

Bootsy Collins: King Records was kind of like our Motown [Records]. It was the spot where all the stars were at when they came into town. You would want to go see them and get close to them if you could. So that was the spot and nobody could actually go in until we made friends with this one guy who was an A&R. His name was Charles Spurling. And we asked him to come hear us; we was all excited, you know? And he actually came and heard us and thought we was pretty good. Next thing you know he invited us over to King and that's how we got in the front door of King!

And you were how old?

I had to be around 16? And I didn't get to meet James Brown until I was, like, around 18. But during all that time I got the chance to work inside of King with different artists and that's how James Brown heard about us. That's how we actually wound up with him.

King Records And The Beginning Of Bootsy Collins

Are there things you know now that you wish you'd known then? What advice would you tell the 18-year-old Bootsy Collins?

You know what, I'm pretty pleased with that rebellious boy.

'Cause he knew he needed a father figure in his life. You know, I grew up with my mother, brother and sister. I didn't have a father figure in the house so the godfather, he played that role seriously. He always treated me like a son and he would always give me these lectures like: "You're not on it. You need to stop doing this and stop doing that." So I was being disciplined and it was good. It was good for me.

Is there a song on this album that you can't stop tapping your toe to, that makes you want to get up and dance?

Oh, you know what, I'll tell you which one it is. It is "Bass-Rigged-System." Yeah, I love that one.

I think I can feel your foot tapping from here.

Yeah [laughs]. I got a chance to call on some of my compadres, my best friends, and the vibe was just so intense. And everybody that's on [the record] got a chance to shine.

And what's going on at the beginning of the song — when we hear, what sounds like audio from the congress floor discussing the HR 8791 Homeland Terrorism Preparedness Bill?

Well you know, all of this campaign stuff was going on during the time that I was...

Yeah! And all of that was going on while I was trying to record the record. And I was like, "Oh yeah. This will definitely fit right into the groove," because I named the song, if you noticed, "Bass-Rigged-System." And so, all of that kind of ties in.

Little political commentary in there. Well, that might be the first funk bass tribute to the 2016 presidential campaign.

I think so, I think so. [laughing] I really like that one a lot.

One of the songs on the album, "A Salute to Bernie," is actually a tribute to a friend of yours: Bernie Worrell, a bandmate at Parliament-Funkadelic. He passed away last year. Tell me about your friend and why you decided to dedicate a song to him.

Oh man, I don't know if you can get any closer than Bernie Worrell and myself. He was closer than a brother. He played all the keyboards in [this song] and when we got together I was the one that was always musically wrong. You know, not knowing what notes you should play and you shouldn't play, I didn't know any of that. I just know what I heard in my head. And what he did, he took whatever I did and he made it musically correct. And that's what I loved about him so much, was he embraced what I did and he worked with me. And he never pushed me away and we just kept getting closer and closer and closer. It was a personal thing we had [that] I've never had with anybody else.