Accessibility links
How Tariffs Could Help And Hurt The Solar Industry The U.S. solar industry is bracing for possible tariffs or quotas on imported solar panels. Such action could have very different consequences on different parts of the industry. 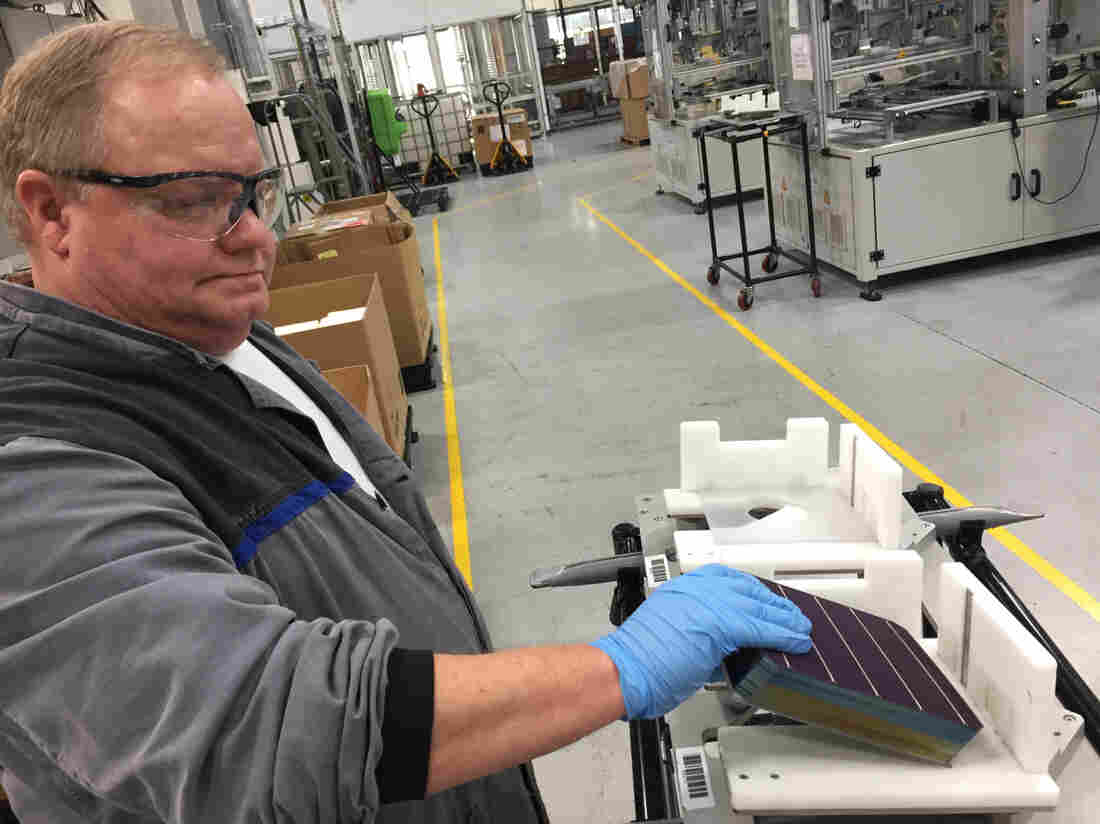 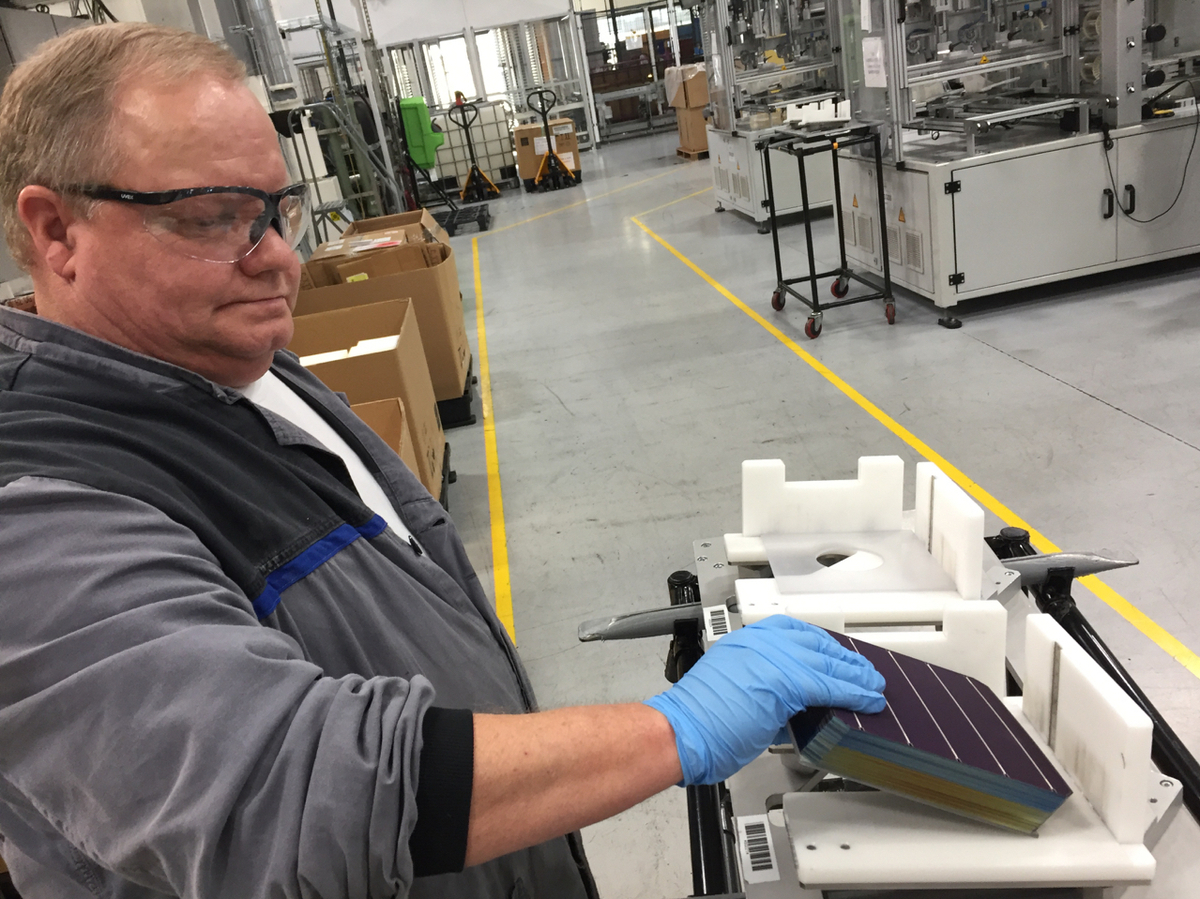 At the SolarWorld manufacturing plant in Hillsboro, Ore., John Clason stacks solar cells before loading them into machines that build solar panels.

The U.S. solar industry is booming, in large part because of cheap, imported solar panels. But a U.S. trade commission says those imports also hurt manufacturers here. It's offering recommendations to President Trump on how to repair that damage, but the industry is divided over whether any remedy would do more harm than good.

SolarWorld, outside Portland, Ore., is one of two manufacturers which brought the trade suit. At its plant, robots do much of work of building solar cells into panels.

"They're picked up, put on this belt," says John Clason, as he loads stacks of solar cells the size of large drink coasters into the automated machines. "These panels we're making now are just about 300 watts each."

But SolarWorld is having trouble competing with imports, mainly from Asia, that it alleges are being sold at below-market prices in violation of trade rules. Earlier this year, SolarWorld Americas' parent company declared bankruptcy and laid off more than 300 workers, including Clason.

"That was when we knew something was amiss," he says. "Nobody really knew how deep the cuts were going to go."

SolarWorld and another manufacturing company, Suniva, want tariffs and quotas on all the solar panels coming in from overseas, saying it would level the playing field.

"These are the last two surviving companies," says Tim Brightbill, the lawyer representing SolarWorld in the case. He blames Chinese subsidies for overproduction, and says without tariffs, what's left of solar manufacturing in the U.S. could disappear.

"We documented more than 30 U.S. solar cell and module manufacturers who were driven out of business in the last five years," he says.

A few weeks ago, the U.S. International Trade Commission ruled in SolarWorld's favor. The company hired Clason and others back to work, and now says it plans to rehire 200 workers by May.

"I can't overstate how crazy and chaotic things are."

But the prospect of trade protections that could double the price of imported solar panels is having a very different impact on other parts of the U.S. solar industry.

The vast majority of American solar jobs are not from making panels, but from installing them. There are also a host of ancillary companies that make wires, batteries, and electrical equipment. 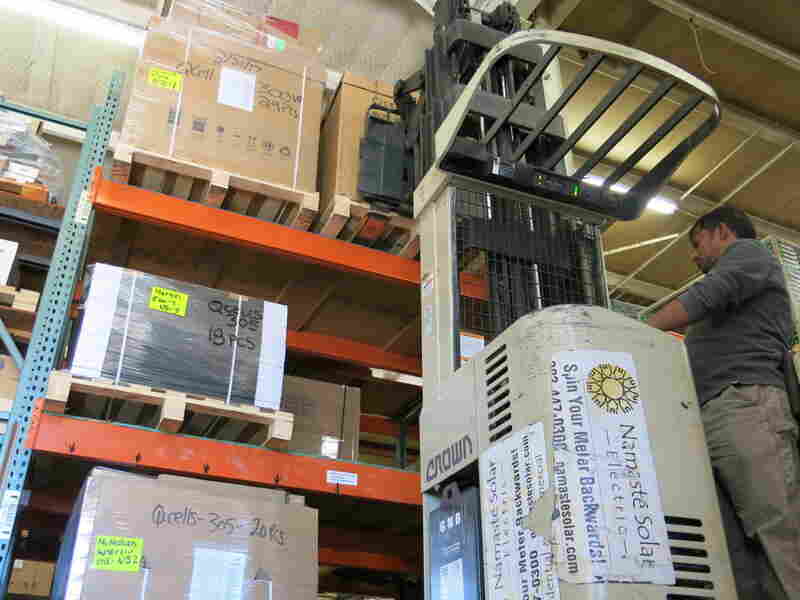 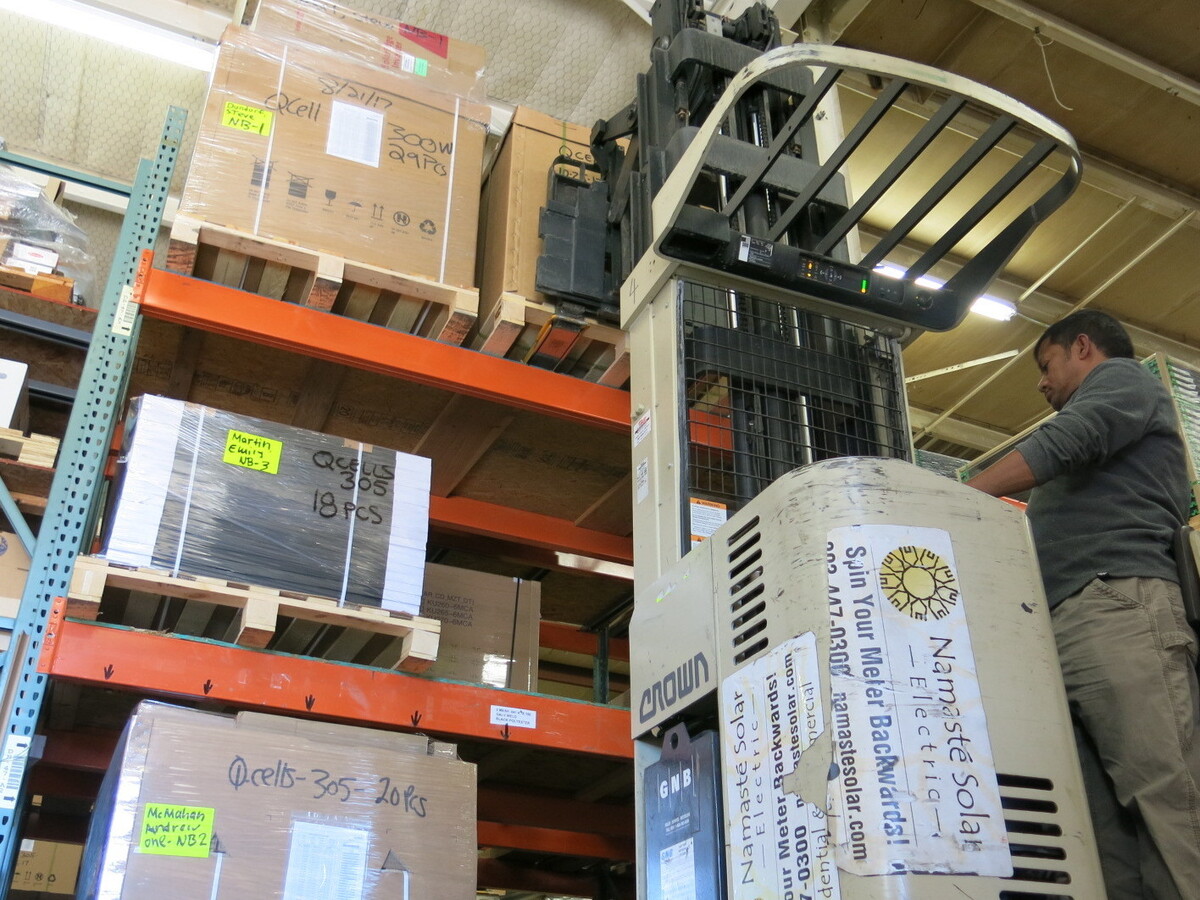 "I think the biggest challenge for us is not understanding what's going to happen," he says. That is "causing our customers to be concerned, to pull back on their orders."

Ecolibrium joined a protest letter to the Trade Commission. Dan Whitten with the Solar Energy Industries Association says most of the U.S. industry opposes tariffs on imported panels.

"There will be widespread job loss, certainly a loss of tax revenue in communities where solar is going strong," he says. Whitten says trade protections could cost solar its competitive position against natural gas and wind.

Namaste Solar in Boulder is also seeing its business hurt. "I can't overstate how crazy and chaotic things are in the industry right now," says co-founder Blake Jones.

At the company's warehouse, where huge pallets of panels are lifted two stories, Jones says he has 10 long-term, larger projects stuck in limbo. And he says all the uncertainty is pushing up the price of solar panels. Namaste has started stockpiling them, in case prices go up even more.

"We're eating those costs," he says, but eventually they could be passed on to customers.

The International Trade Commission merely recommends certain trade protections, and how tough to make them. Its final report is due by mid-November. After that, President Trump will have the final decision on whether to impose any barriers, and what kind.