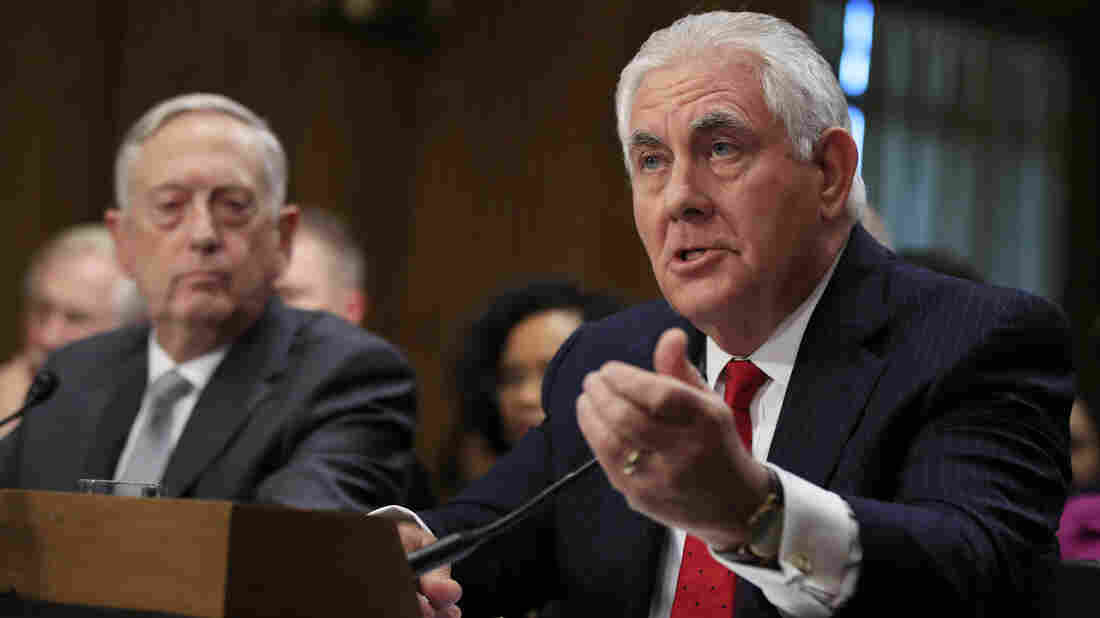 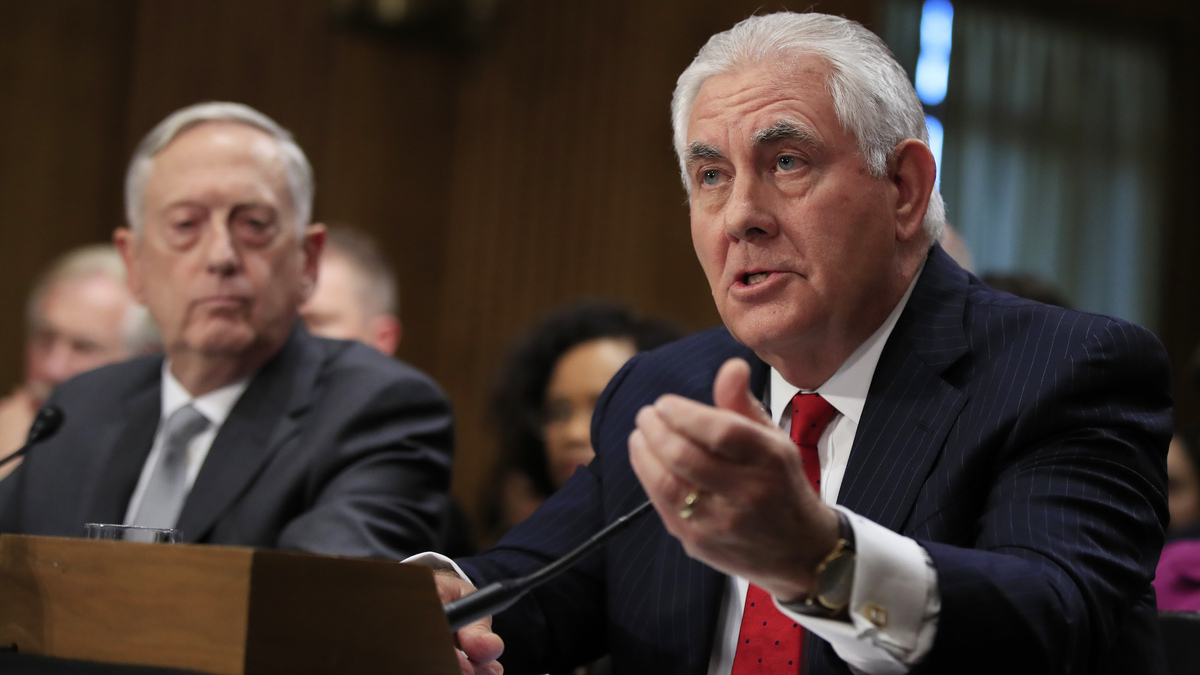 Secretary of State Rex Tillerson, with Secretary of Defense Jim Mattis, testifies during a Senate Foreign Relations Committee hearing on Congress's power to authorize the use of military force.

The Trump administration is pushing back against a growing bipartisan push for Congress to pass a new measure authorizing the use of military force against ISIS, Al-Qaida, and other terror groups.

Testifying in front of the Senate Foreign Relations Committee Monday evening, Secretary of State Rex Tillerson and Secretary of Defense James Mattis argued that measures passed by Congress days after the Sept. 11, 2001, terror attacks and in 2002 during the run-up to the 2003 Iraq war continue to hold merit.

"This has been a long 16-year conflict characterized by a very different kind of warfare," Mattis told the committee. "The 2001 and 2002 authorizations to use military force, or AUMF, remain a sound basis for ongoing U.S. military operations against a mutating threat."

That "mutating threat" led Mattis and Tillerson to lay out conditions for any new use of force Congress considers. They both argued that a repeal of the existing measures "would call into question the domestic legal basis for the United States' full range of military activities against the Taliban, Al-Qaida, and associated forces, including ISIS," as Tillerson put it.

"We're in year 17, and I've heard this could go on for generations with no vote from Congress," said Virginia Democrat Tim Kaine, a longtime proponent of a new AUMF vote going back to the Obama administration. If a new authorization isn't needed 17 years into a war, Kaine asked, would it be required "in year 30? In year 40? In year 50?" Kaine introduced a new AUMF resolution with Sen. Jeff Flake, R-Ariz., in May.

Both secretaries urged Congress to leave geographic and timeline-specific deadlines out of a potential new measure. "This is an enemy that changes its name, it moves across borders," said Tillerson. "As we saw with the emergence of ISIS, we start with what might be a fairly limited group of terrorists, who then are able to overrun large territories and amass armies – essentially their own armies of tens of thousands. That requires a very different use of force than trying to chase and defeat terrorists."

But both Republicans and Democrats on the panel expressed frustrations that multiple administrations have come and gone, and the terrorist networks and battleground countries have changed, but the authorizing guidelines haven't.

"Not one member of this panel was in the Senate when the 2001 AUMF passed, or the 2002 for that matter," said Arizona Republican Jeff Flake. "No one has had the opportunity to weigh in on it, 16 years later." Flake argued that by not involving itself in the authorization process, Congress doesn't "have skin in the game," and can criticize Democratic and Republican White House's military decisions without consequence.

Though U.S. soldiers in Niger are not deployed under the authority of either AUMF, the recent deaths of four soldiers there has elevated the congressional debate on whether or not to approve a new measure, which has been roiling for more than a year. "If the United States is fighting and dying in Niger, where else are U.S. forces put in harm's way?" asked Maryland Democrat Ben Cardin.

While he supports the idea of a new measure, Senate Foreign Relations Chairman Bob Corker, R-Tenn., made it clear he doesn't expect a vote any time soon. The Tennessee Republican said a new AUMF would need bipartisan buy-in to be credible. Right now, that doesn't exist.

"So far Congress has been unable to bridge the gap between those who see a new AUMF as primarily an opportunity to limit the president," he said, "and those who believe constraining the commander-in-chief in wartime is unwise."