Accessibility links
On 'Watermark,' Enya Is A Witchy Woman For The Ages — And The Canon Enya is not only a talented multi-instrumentalist and singer; she also brought not-quite-New Age chic to the masses, becoming a mind-bogglingly successful woman with legions of devoted fans. 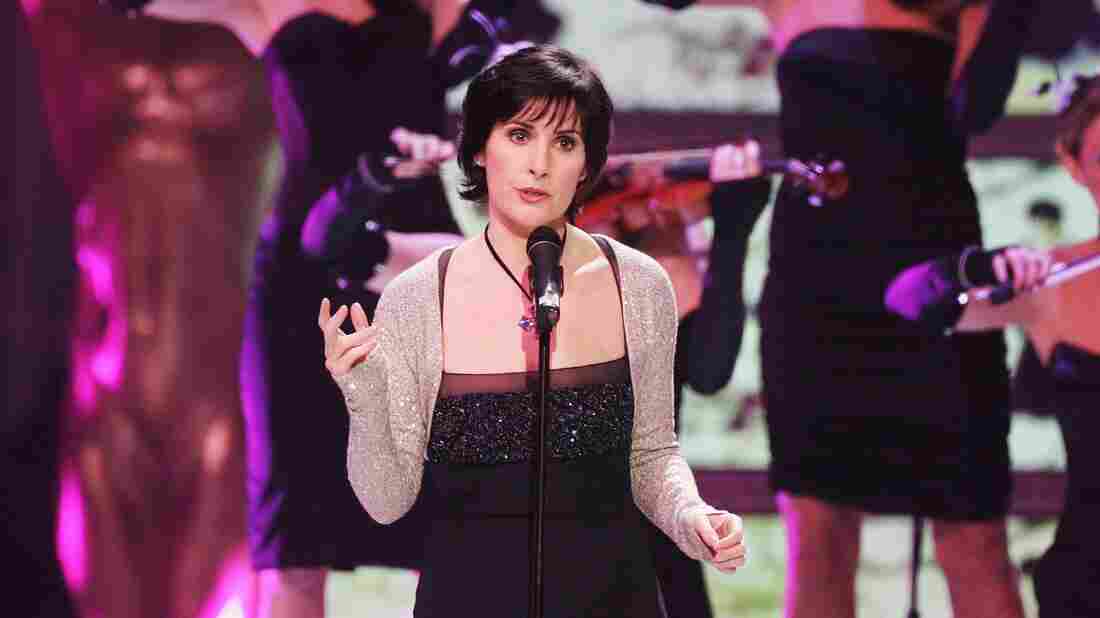 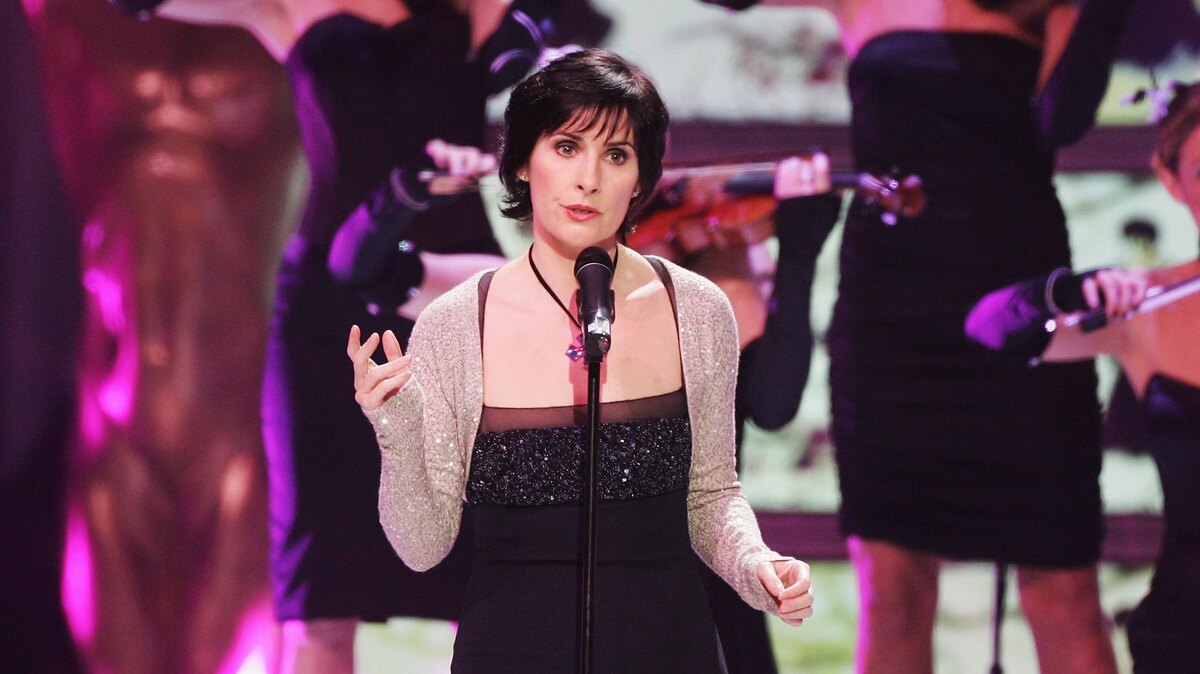 Enya prefers to spend her days far from the limelight, creating her soft spun compositions secluded from the world in a private studio in a quiet Irish town. She doesn't tour, doesn't show up on red carpets and seems to enjoy being in public only slightly more than someone in the Witness Protection Program.

Despite her lack of interest in the trappings of fame (save for the castle she bought herself), Enya truly is famous. Her fans kept her 1991 album Shepherd Moons on the Billboard 200 chart for 238 weeks. And in the past 16 years, Enya has spent 283 weeks — about five and a half years — in the No. 1 spot on the Top New Age Albums chart. It's an impressive feat made even more impressive by the fact that her self-titled debut album was scarcely remarked upon by the global press. In an occurrence that could have ended the career of a less confident artist, her follow-up, Watermark, was critically panned. When Watermark was released in 1988, rock critic Robert Christgau gave the album a D+, saying that the album "makes hay of pop's old reliable women-are-angels scam." It's a fair assessment, but he says that like it's a bad thing — when in fact, it's why the album should be included in a canon of the greatest albums made by women.

Enya, born Eithne Ni Bhraonain, started her career in her Irish family's band, Clannad, in the 1980s. It was there that she she met producer Nicky Ryan and his wife, lyricist and poet Roma Ryan. The trio — fans call them Aigle, after the Ryans' music company, or Team Enya — has been working together ever since. Roma writes lyrics, occasionally in fictional languages, and Nicky crafts Enya's ethereal sound by layering vocal tracks on top of each other and then drenching Enya's synthesized melodies, piano ballads and percussion in the lush vocals. The sixteen tracks on Enya's self-titled debut album show the group working towards the lush, fluid, sonorous sound that they perfected on their follow-up, Watermark.

While Watermark has its roots in traditional Irish music with Celtic rhythms and melodies that flow as easily as a Riverdance routine, its music truly doesn't fit into any established genre. It's a weird album, filled with world beats played out on synthesizers with Enya's crisp enunciation giving it a nearly choral feel. Its success is even more surprising when you think about what other albums topped the charts in 1988, like George Michael's Faith and Guns N' Roses' Appetite for Destruction. When Enya released "Orinoco Flow," the lead single from Watermark, it ousted Robin Beck's "First Time," a hair metal slow jam, as the No. 1 single in the UK. It reached No. 24 in the U.S., spending 17 weeks on the Billboard charts.

While "Orinoco Flow," with its daydream encouragement to "sail away, sail away, sail away," was the chart-topper, it's not the only memorable track on the album. "Cursum Perficio" (sung in Latin, like all good pop hits) has a binding spell woven into its grooves; "Miss Clare Remembers" is a sentimental, dexterous piano ballad; and "Evening Falls..." is a soporific, detailed dreamscape. The album resonated with fans around the globe, who snatched it up to play at home while aligning their crystals and drawing up horoscopes, or just as the soundtrack to a dinner party.

The influence of Watermark can still be felt today in samples — experimental pop musician Panda Bear used "Na Laetha Geal M'òige" on his 2007 song "Search for Delicious," and "Exile" was incongruously woven into German techno band Scooter's "Jigga Jigga!" — as well as in interviews where her work is cited by artists. She has influenced artists like Weyes Blood, and Nicki Minaj told V magazine that Enya was in heavy rotation while Minaj was working on The Pinkprint. The album's influence extends beyond the work of musicians, too. When Oregon State University researchers found a new species of fish swimming in the Orinoco River, they named it Leporinus enyae after the singer.

The Grammys dubbed Enya's music New Age, and the group has earned four Grammy Awards in that category. But Enya has never liked the categorization, and the trio is far too musically accomplished to be considered run-of-the-mill crystal store-soundtrack "New Age" music anyway, or part of what Christgau dubbed a "women-are-angels scam." It's easy to understand the categorization, of course; after all, the album sounds like the aural equivalent of burgundy crushed velvet. Its multi-layered electronica feels like it was created specifically to be played in New Age shops, the CDs stacked next to the cash register alongside angel stones and serenity oils. I get why critics like Christgau would scoff at this woman's work; after all, people don't tend to take anything sold in a New Age store too seriously. Yet wellness cures, sound baths, oils and candles are a booming business, perhaps in part because modern medicine doesn't always take women's needs seriously, causing many to look elsewhere for cures.

Similarly, while some critics may not take Enya seriously as a musician — despite the fact that she plays four instruments and sings in at least six languages, including Elvish and Loxian — she has plenty of fans who certainly appreciate her talent and have helped her become one of the most financially successful musicians in the world. She has amassed a fortune of £91 million ($119 million). She has sold some 80 million albums over her three decades-long career, despite the fact that she rarely performs live, has never toured and rarely interviews. There isn't another modern artist who can stay holed up with her cats in her castle (next door to Bono's!) watching Breaking Bad and still sell 23.8 million albums in the United States alone.

Enya has remained culturally relevant despite her semi-reclusion, too. Her song "Only Time" was the soundtrack to a 2013 Volvo ad starring Jean-Claude Van Damme; the commercial was viewed 86 million times on YouTube and Enya's song ended up on the Billboard Hot 100 over a decade after it was originally released. Her songs have been featured 71 times in films, according to IMDB.com — perhaps most notably on The Lord of the Rings, where she sang in Elvish as Cate Blanchett filled the screen in a flowing white gown.

In short, Enya should not be underrated or brushed off simply because she writes about space angels or even regular ones. She is not only a talented multi-instrumentalist and singer, but she carved out her own niche in a crowded field, bringing not-quite-New Age chic to the masses, becoming a mind-bogglingly successful woman with legions of devoted fans — and it all started with Watermark.