Accessibility links
California Bans Pet Stores From Selling Commercially-Bred Animals Pet stores in California will only be able to sell dogs, cats, and rabbits rescued from shelters — but that doesn't mean the so-called "puppy mills" are going away. 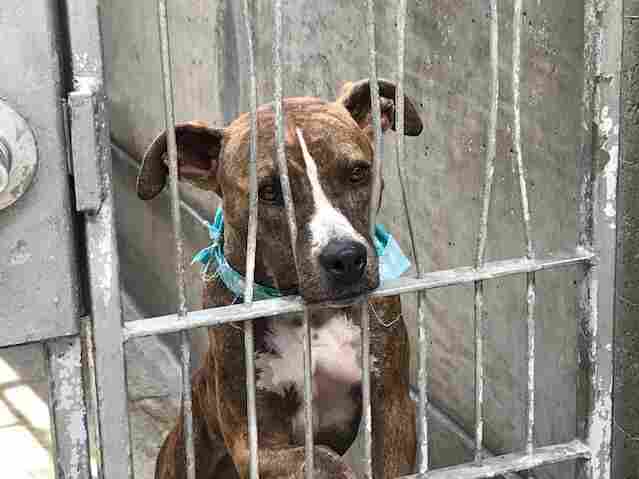 A rescue dog waits to be adopted at the Pasadena Humane Society. Gloria Hillard for NPR hide caption 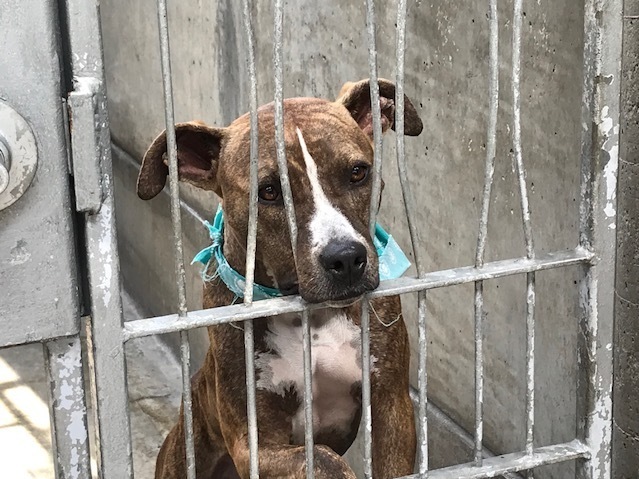 A rescue dog waits to be adopted at the Pasadena Humane Society.

California is now the first state to ban pet stores from selling animals from commercial breeders, thanks to a new law signed by Gov. Jerry Brown in October. Animal advocates say it will reduce what they claim is the needless suffering of animals like puppies, kittens, and rabbits bred for sale. But critics say it will hurt pet store owners and force consumers to go underground.

Pet industry and commercial breeders oppose the measure, as does the American Kennel Club. They say the law will make it more difficult for Californians to obtain dogs with the characteristics and traits they want, including breeds that are recommended for health considerations.

However, individual breeders would still be able to sell to customers. The law applies only to retail pet stores like Puppy Heaven, a shop north of Los Angeles in Agoura Hills.

The store specializes in smaller dog breeds that have become increasingly popular in the last few years, like Yorkies, Maltese, Pomeranians, Maltipoos, and Morkies. These dogs can sell from $750 to $5,000, depending on the breed.

Ben Ashel has owned Puppy Heaven for 14 years and says he uses only local and responsible breeders. He says the new law will only drive the huge consumer demand online, to unregulated breeders outside California.

"This is something that is going to increase a thousand fold because of this law," Ashel says. "People will still want to get puppies."

But rescue organizations say there are plenty of puppies, kittens and dogs available for adoption. Animal advocates hope the new law will give animals a better chance at finding that permanent home. 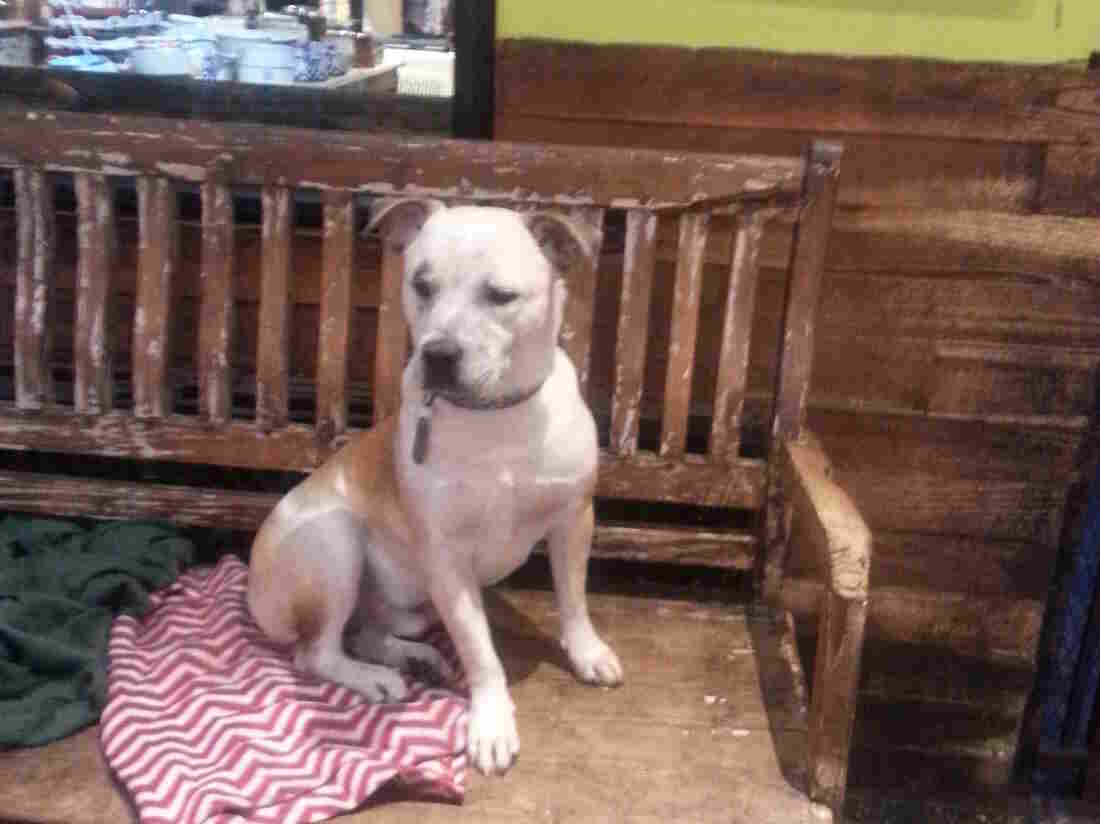 Bugsy is one of the many rescues at L.A. pet store Bark n' Bitches available for adoption. Gloria Hillard for NPR hide caption 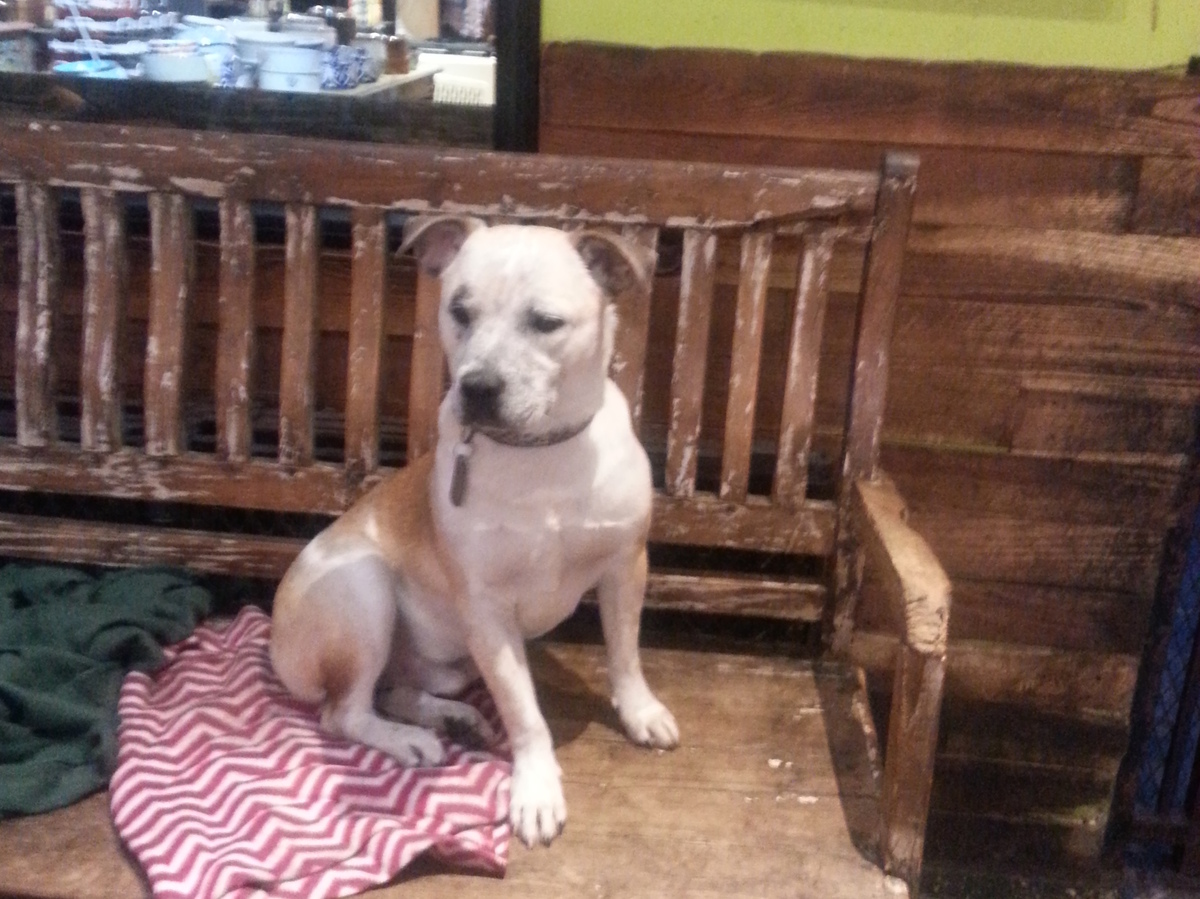 Bugsy is one of the many rescues at L.A. pet store Bark n' Bitches available for adoption.

And some pet stores have adopted the model early. All of the animals in Los Angeles' colorfully named Bark n' Bitches pet store were rescued from shelters, rather than bought from breeders or "puppy mills" – commercial dog breeding facilities that many animal rights groups consider inhumane.

Ratana Lin is an employee at Bark n' Bitches, and it's her job to find customers their perfect match. She recommends Bugsy, a 40-pound white, tan and gray dog, who was rescued from an animal shelter.

Store manager Jeana Alessio says they've done thousands of adoptions since 2009. The customers become like family, she says, while homeless dogs like Bugsy get a second chance.

"We're a humane pet shop," Alessio says. "So we rescue dogs from the high-kill shelters. We get calls just about every other day."

Stores like this one will soon be the model when California's new law goes into effect in 2019. It will require pet stores to only sell animals from shelters or rescue organizations.

California Democratic Assemblyman Patrick O'Donnell, one of the bill's authors, says the new law will save animals' lives by "cutting off the puppy mill train from the mid-west to California."

"It's just solid policy," O'Donnell says. "It will help us save animals' lives."

Julie Bank, President and CEO of the Pasadena Humane Society, estimates that at least a quarter of the animals that come through the society's doors are purebred – meaning they were likely sold by a commercial breeder.

"It's a pretty sad industry, a pretty abusive industry," she says. "The consumers out there need to know, most of the times you were buying an animal you were supporting this industry rather than supporting the lives of an animal which are breathing living creatures that need our help and support."