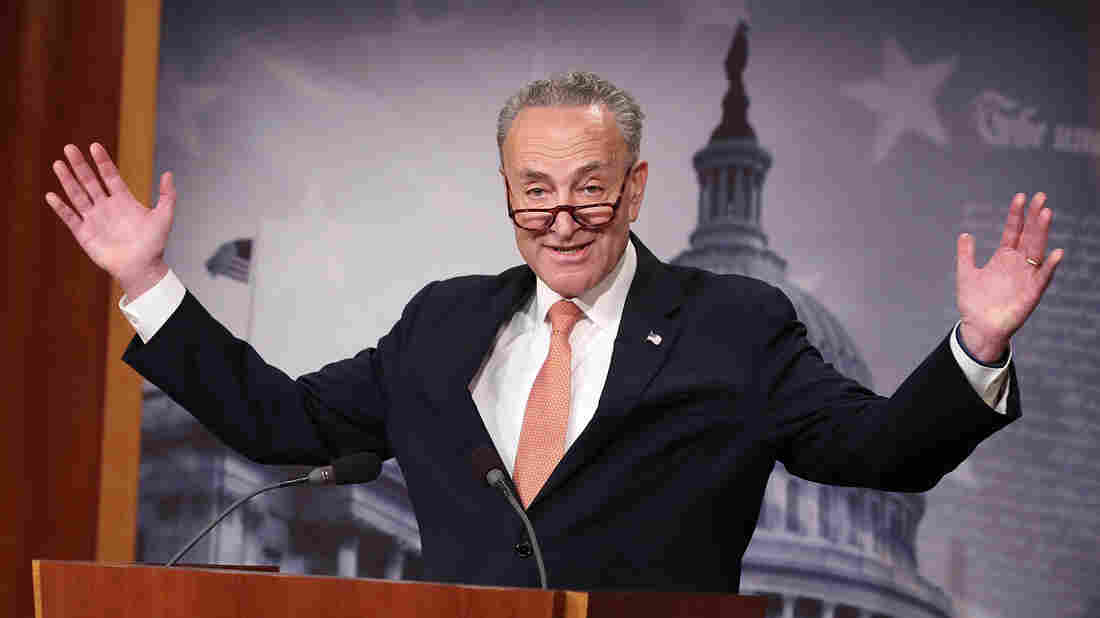 Senate Minority Leader Chuck Schumer of New York is being blamed by President Trump for promoting a visa program that was used by the alleged driver of the truck in the New York terrorist attack. Mark Wilson/Getty Images hide caption 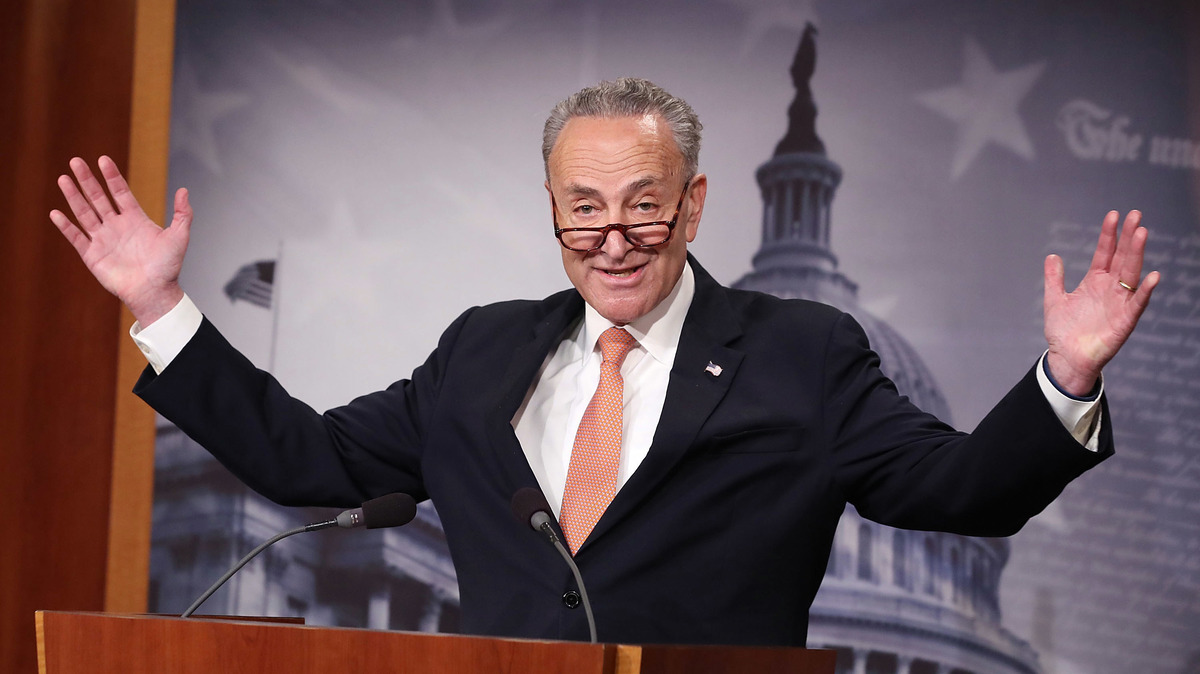 Senate Minority Leader Chuck Schumer of New York is being blamed by President Trump for promoting a visa program that was used by the alleged driver of the truck in the New York terrorist attack.

It took less than 24 hours after Tuesday's terrorist attack in New York for the finger-pointing to begin.

And the first fingers are being aimed at what had been an obscure State Department immigration program called diversity visas.

The Department of Homeland Security confirmed that the accused terrorist, Sayfullo Saipov, entered the U.S. with such a visa, after winning a yearly lottery in which up to 50,000 foreigners are awarded green cards.

A DHS statement issued on Wednesday said, "The individual identified in the New York City terror attack was admitted to the U.S. upon presentation of a passport with a valid diversity immigrant visa to U.S. Customs and Border Protection in 2010."

Wednesday morning President Trump singled out the program and one of its congressional sponsors, Senate Minority Leader Chuck Schumer, D-N.Y.

We are fighting hard for Merit Based immigration, no more Democrat Lottery Systems. We must get MUCH tougher (and smarter). @foxandfriends

Trump and conservatives want to eliminate the diversity visa lottery program as part of a larger effort to slash legal immigration levels and change the immigration system to a merit-based one. (Trump has also endorsed a plan to decrease the number of people immigrating to the U.S. legally.)

In a photo op before meeting with his Cabinet, Trump said he wants Congress to eliminate the program "as soon as possible," calling it "not good."

Schumer, then a member of the House, was a sponsor of the original program, part of an immigration bill that was approved on a bipartisan basis in 1990.

It was signed into law by Republican President George H.W. Bush.

In 2013, as a U.S. senator, Schumer actually proposed ending diversity visas as part of efforts by the so-called Gang of 8, aimed at a broader immigration overhaul.

Retiring Sen. Jeff Flake, R-Ariz., another member of the gang, recalled that and jumped to Schumer's defense on Twitter:

Actually, the Gang of 8, including @SenSchumer, did away with the Diversity Visa Program as part of broader reforms. I know, I was there https://t.co/QQFJzPyRzC

In fact, had the Senate Gang of 8 bill passed the House, it would have ended the Visa Lottery Program AND increased merit based visas. https://t.co/o3qJHHAv1C

The Gang of 8 measure died in the House because of GOP-led opposition.

Schumer responded to Trump's criticism with a pointed statement of his own, accusing the president of dividing the country and wanting to cut anti-terrorism funding:

"I have always believed and continue to believe that immigration is good for America. President Trump, instead of politicizing and dividing America, which he always seems to do at times of national tragedy, should be focusing on the real solution — anti-terrorism funding — which he proposed cutting in his most recent budget.

"I'm calling on the President to immediately rescind his proposed cuts to this vital anti-terrorism funding."

Overall, the president's budget called for an increase in Department of Homeland Security funding.

But Trump's budget proposed chopping $600 million from some homeland security grants to state and local law enforcement agencies, according to Senate Democrats.

Police Commissioner James P. O'Neill called the money "absolutely critical. It is the backbone of our entire counterterrorism apparatus."