Accessibility links
In The Deft, Insightful 'Lady Bird,' A Girl Grows Up — And Grows Wiser Greta Gerwig's directorial debut, a semi-autobiographical examination of her adolescence, vividly captures the stirrings of empathy that transform a selfish teen into a clear-eyed adult.

In The Deft, Insightful 'Lady Bird,' A Girl Grows Up — And Grows Wiser

In The Deft, Insightful 'Lady Bird,' A Girl Grows Up — And Grows Wiser 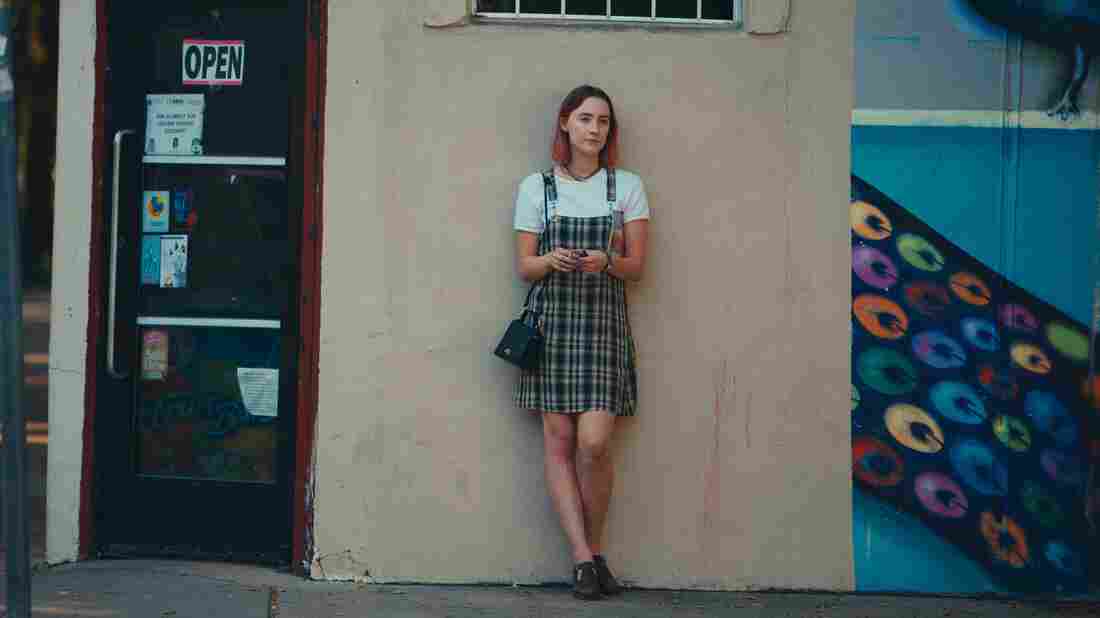 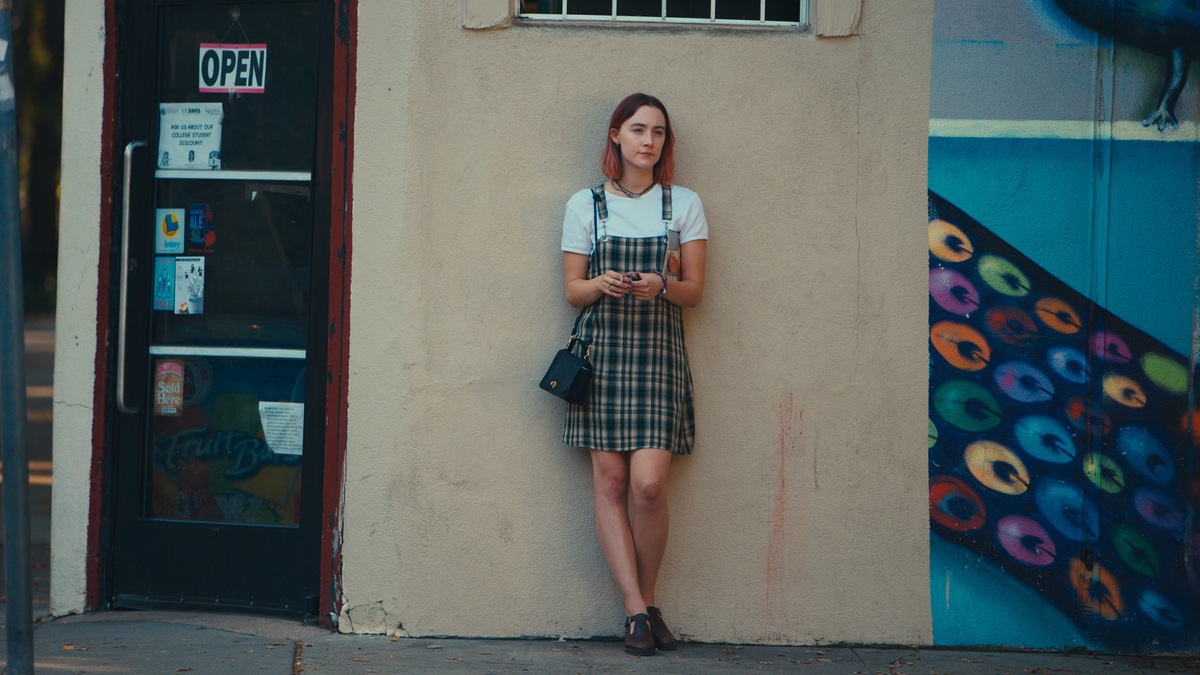 The title of Greta Gerwig's semi-autobiographical Lady Bird refers to the name— not the nickname, the name — a mildly rebellious senior gives to herself, part of the comprehensive array of quirks meant to separate her from the pleated drones of an all-girls Catholic high school. She insists that everyone call her "Lady Bird," including her parents, who grudgingly oblige, though they prefer the name they gave her, Christine, and it stings a little to see it rejected so casually. They put up with it because they know it's a phase she'll eventually outgrow — yet it's also a phase that lasts the longest in children, who have trouble seeing beyond their own needs and feelings, whether they're toddlers refusing to share their toys or adolescents who slouch into resentment and self-absorption.

Lady Bird recalls coming-of-age films like Pretty in Pink or The Slums of Beverly Hills, in that it's about a teenage girl growing up with fewer advantages than their peers, who don't think twice about their limitless credit cards or the luxury cars they're entitled to own on their 16th birthday. What separates it from its predecessors, beyond the wondrous particulars of Gerwig's observations, is that the film is about achieving a specific form of enlightenment, when a young person finally gains insight into the lives of those closest to her. It may be about the selfishness and growing pains of its confused and embattled heroine, but it's made from the perspective of an artist who sees the world more clearly now than she did then.

Two outside-the-box casting choices make a big difference, starting with the Irish actress Saoirse Ronan stepping confidently into the role of Gerwig's surrogate, an outcast who so resents her life in early 2000s Sacramento that she's dead set on heading to an elite East Coast college after graduation. (Never mind that she stinks at math. She's the type of student to whom teachers hand tests back face-down.) Laurie Metcalf is equally revelatory as her mother Marion, who works double-shifts just to afford tuition at Lady Bird's current school and has to play the budget-minded taskmaster who forces her to wear thrift clothes and haggles over the grocery bill. Lady Bird's father (Tracy Letts) is a pushover but his Cool Dad routine masks the anxiety and depression of a man barely making ends meet.

As the school year marches on, Lady Bird gets involved in the theater program, falls into relationships with two boyfriends (Lucas Hedges and Timothée Chalamet) who are wrong for her in vastly different ways, goes status-seeking with the popular kids, and generally makes a mess of things at home. None of these developments are unfamiliar to coming-of-age dramas and comedies past, but Lady Bird thrives on the accumulation of memories that Gerwig has cataloged and reproduced with such exuberance, insight, and feeling. Vivid little moments keep piling up: Mother and daughter crying together over the book-on-tape version of The Grapes of Wrath, then immediately fighting for control of the radio; gifts like socks and novelty pillows on a lean Christmas morning; or a tacky Dave Matthews ballad that gains in resonance.

Gerwig previously cataloged her young adulthood in the excellent Frances Ha, which she co-wrote with her partner, Noah Baumbach, and starred in as a 27-year-old dancer trying to find direction and stability in New York City. Lady Bird could be considered a spiritual prequel to Frances Ha, but having Gerwig behind the camera make a difference, in that the film is not an affectionate tribute to her, but an unmediated reflection on her formative years. Gerwig isn't a particularly showy director — though she makes the big moments count — but her one devastatingly effective touch is to sketch the film through deft little mini-montages that capture the essence of a location or a situation without dwelling for too long. It's like she has a notebook full of vivid anecdotes to share and a larger picture emerges from them, like pointillist filmmaking.

At its heart, though, Lady Bird is about feeling the tug of home and finally being able to articulate how much it means. Early in the film, one of the nuns responds to one of Lady Bird's short stories by saying that she obviously loves Sacramento, which doesn't seem to sync with the litany of complaint she registers about it. The nun likens the "attention" she pays to the city to love, which turns into a prevailing metaphor for the whole film. Based on the evidence, Gerwig didn't miss anything. Only now she views it from a wiser and more empathetic lens.