Accessibility links
In 'Last Flag Flying,' The Horror of War Is Brought Home — Literally In this Richard Linklater dramedy, three Vietnam War veterans "embark on an endlessly digressive road trip at once uproarious and rife with detours of the soul."

In 'Last Flag Flying,' The Horror of War Is Brought Home — Literally

In 'Last Flag Flying,' The Horror of War Is Brought Home — Literally 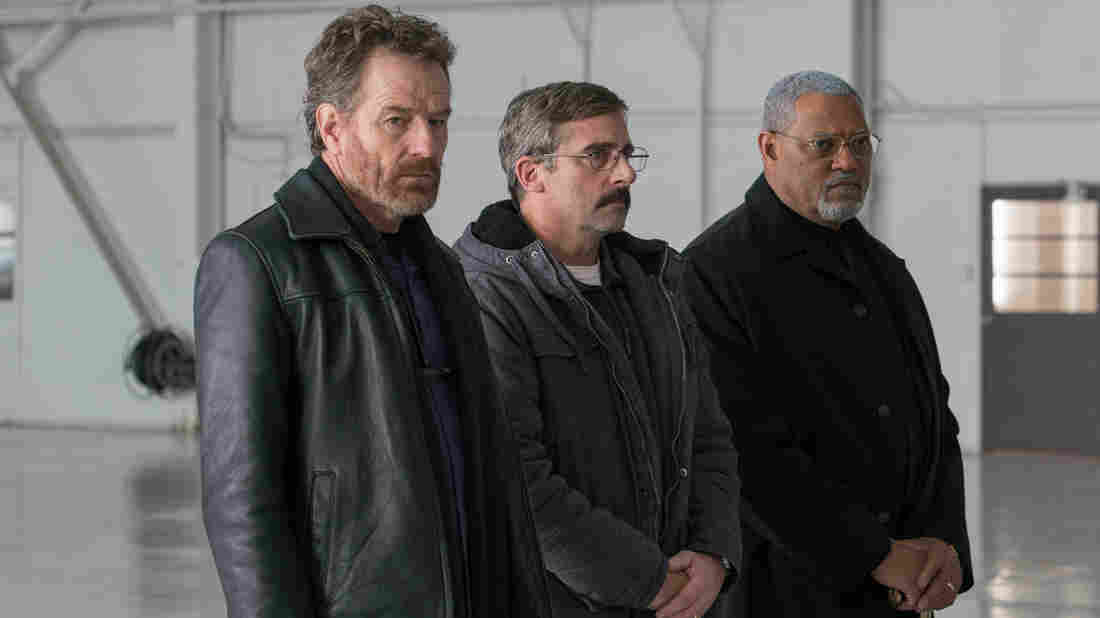 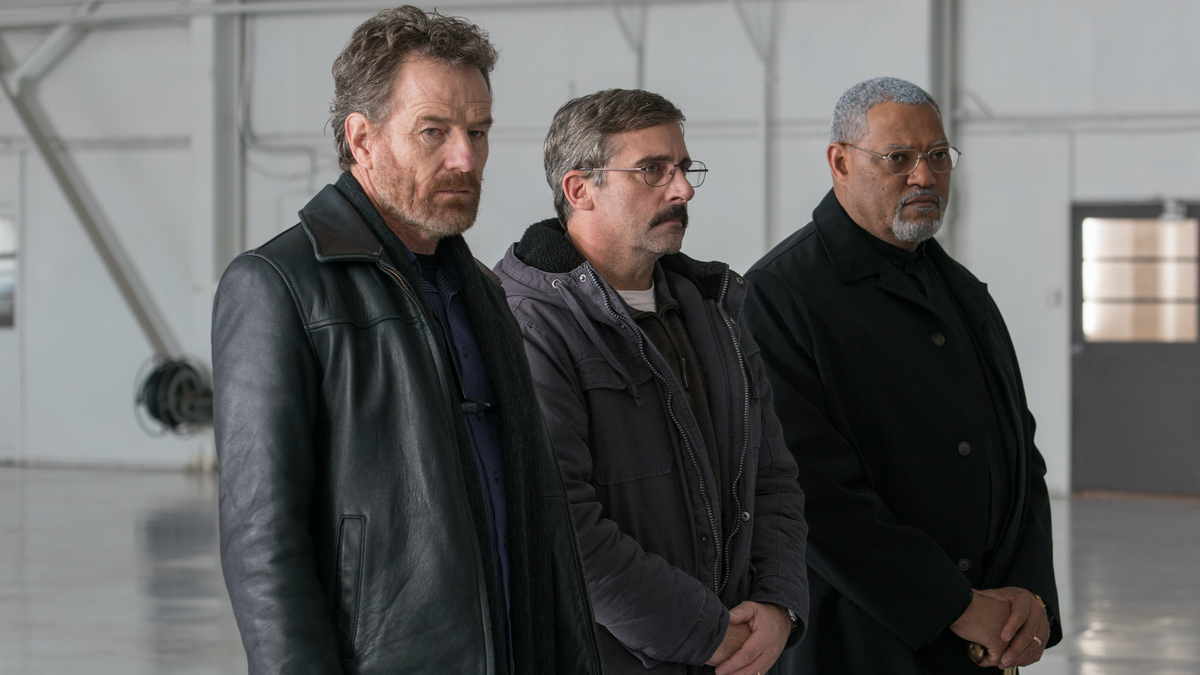 Having cut an audacious path through any number of film genres, from Dazed and Confused to the animated Waking Life, the wonderfully gabby Before Sunrise/Before Sunset/Before Midnight trio all the way to his acclaimed Boyhood, Richard Linklater lands another smart one with Last Flag Flying. Though it won't rank among his best, this antic, heartfelt dramedy about the many wounds of war handily shows off the director's abiding delight in illuminating character through banter; it simultaneously beams a light into critical American moments past and present.

Co-written with Darryl Ponicsan (The Last Detail) and loosely based on Ponicsan's 2005 novel, Last Flag Flying is a flagrantly populist road movie built around three Vietnam veterans meandering up the East Coast by train, car and truck to carry a coffin containing a son killed in Iraq to a hero's burial. The year is 2003, alive with footage of a disheveled Saddam Hussein flushed from his hidey-hole, and the meaning of war and heroism is very much up for debate in profane back-and-forth dialogue delivered by three Hollywood heavyweights who know how to get laughs without sliding into shtick and how to go suitably solemn when necessary.

Thirty years after the end of the Vietnam War, the men — who, for reasons they've done their best to forget, lost touch immediately after they were sent home — carry different scars from their service. After a spell in military prison, painfully shy Larry "Doc" Shepherd (Steve Carell) still works for the Navy as a lowly stock clerk. His loss moves him to seek out his former buddies Sal Nealon (a show-stopping Bryan Cranston), a paunchy, unrepentant drunk with no known family ties, and Richard Mueller (Laurence Fishburne, as ever a disciplined master of the drily understated aside), retooled as a clean-living, Bible-quoting pastor and family man. Cursing joyously, Sal goes all out to relieve the reverend of his dignity as the three make their way to pick up the coffin of Doc's son.

With the discovery that his boy may not have died covered in quite the glory claimed for him, humble Doc takes a stand against the blustery Marine colonel in charge (Yul Vazquez) and makes his own burial plans for his beloved son. With Homeland Security in hot pursuit, this raggedy band of wounded souls embarks on an endlessly digressive road trip at once uproarious and rife with detours of the soul. The bemused young sergeant (J. Quinton Johnson) who accompanies them, and who knows exactly how Doc's son died, is along for the ride to absorb from his elders a torrent of anti-war messaging — we should never dabble in wars that are none of our beeswax — that sometimes feels a little canned, even glib.

At its heart, though, Last Flag Flying is not about the merits of American foreign policy. It's about what counts as honor in impossible situations, and the movie is at its intimate best when it scales down the fallout of war and its official justifications to the human level. As their train hurtles through a night made gorgeous by the twinkling lights of passing East Coast cities, Doc and Richard and Sal finally confront the secret that has kept them apart and ashamed all these years. In a sublimely sweet moment that, among other blessings, brings us a few minutes with the great Cicely Tyson, the former Marines stop in for a visit to a dead colleague's mother that they should have made decades ago.

It's there that they learn that, as the ancient proverb goes, all truth is good but not all truth is good to tell, and that honor takes many forms. I could have done without the gloppy finale that drives the point home. But in Linklater as in life, other people — especially those who have foundered and failed — always have the capacity to surprise us. More simply put, never underestimate a blowhard.