Accessibility links
Sadr City Attack On U.S. Troops Retold In 'The Long Road Home' Martha Raddatz' 2007 book chronicling the ambush has been turned into an 8-part National Geographic series. "I think it's been healing for a lot of the guys. It's been healing for me, too," she says. 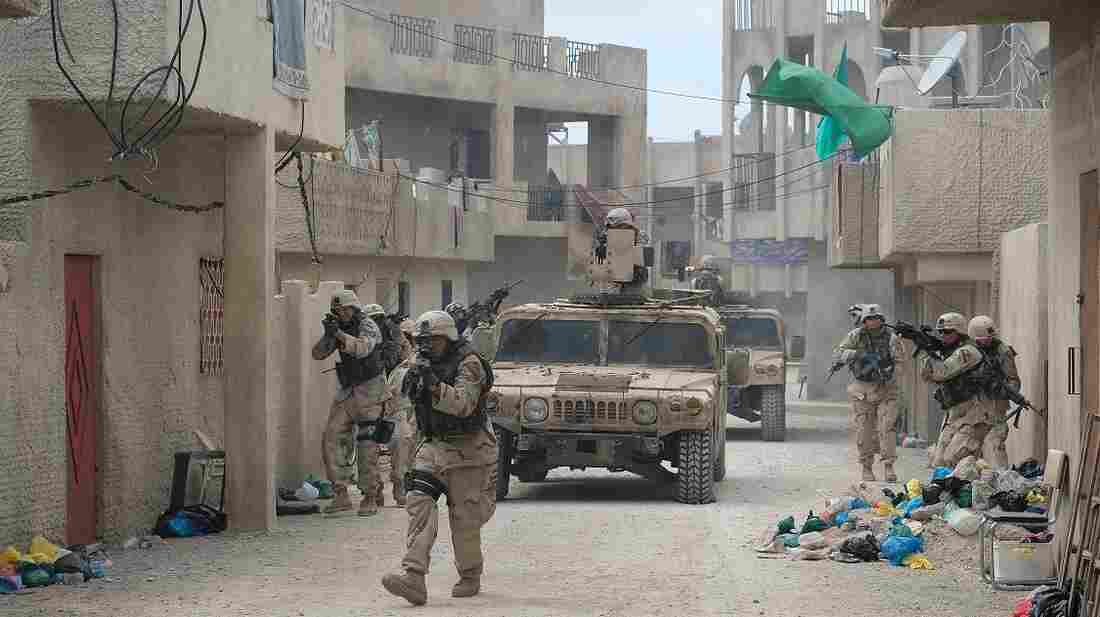 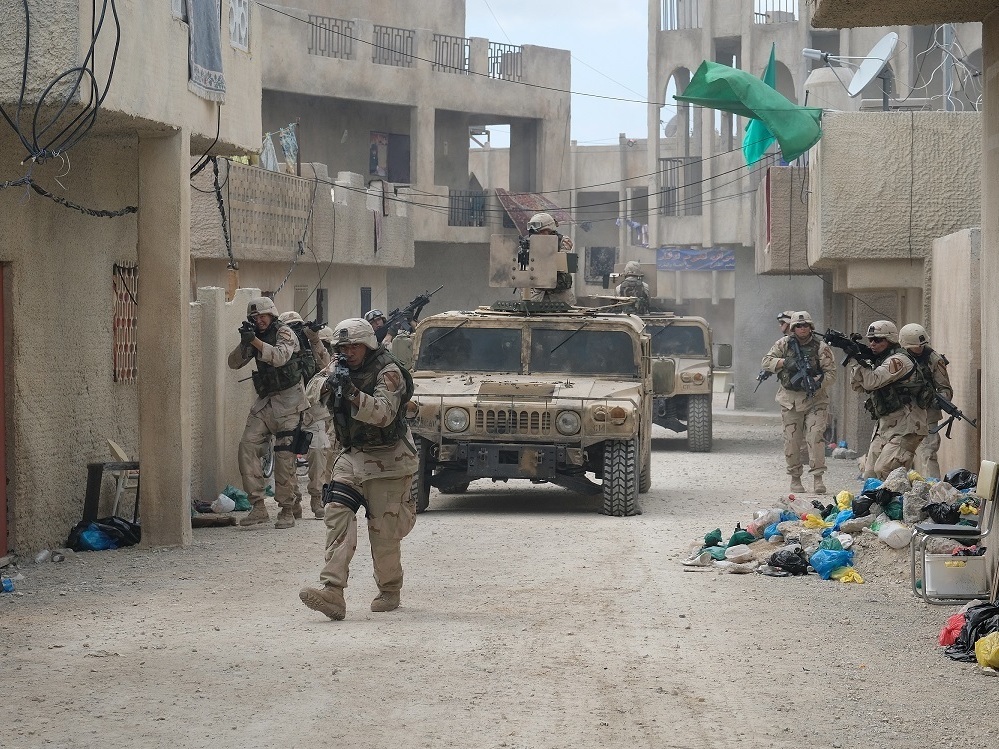 It was April 4th, 2004, and troops from the 1st Cavalry, out of Fort Hood, Texas had just arrived in Iraq. They had been handed a routine mission, escorting Iraqi sewage trucks through a Baghdad suburb, and they were done for the day, headed back to base. Then the streets emptied, machine gun fire and rocket-propelled grenades rained down. Eight Americans died in the ambush that day, and 65 were wounded. For the U.S. military, it marked what was, at the time, the worst single day in terms of casualties since Vietnam.

I think of those soldiers as going from the minivans to the Humvees ... These guys had never seen combat.

ABC News journalist Martha Raddatz wrote about it in her 2007 book, The Long Road Home, and now it's been turned into an eight part TV drama from National Geographic. "I think of those soldiers as going from the minivans to the Humvees," she says. "These guys had never seen combat. They thought they would be over there on a peace-keeping or reconstruction mission. ... in this particular area, there hadn't been a shot fired in six months."

On why the troops had been especially unprepared for the attack

They did not take most of their heavy armor. They left that back home, again because they thought it was a peacekeeping mission. They also handed off from another unit, the troops who had been there for a year had to leave so they had nobody who had been on the ground telling them exactly what to expect. The GPS system was not working yet ... if anything could have gone wrong, it went wrong for them. This is where it really did happen. This is where those troops trained. And I walked down those streets of recreated Sadr City with more than 80 buildings — acres and acres and acres. It looks so much like Sadr City, I found myself looking for IEDS on the streets. It was so powerful.

I took a Gold Star mother, who lost her son obviously in this battle, in the last night of shooting, and it was in the middle of the night, and the moon was shining through and she said she wanted to walk down the street that night. We waited 'till the special effects were over because lots of loud bombing sounds going off. Ian Quinlan, who plays her son, walked with her and some family members down the street. We were both hugging her, holding her hand, [and] she was crying. That's how real. I said to her "Do you want to come back and not do this?" She said "No, no, no. I want to see what my son saw that night. I want to feel it," and I know that was healing for her. I think it's been healing for a lot of the guys. It's been healing for me, too, to see how much this means to them.

I think what I've learned, and I say this from the deepest part of my heart and I want people to hear this, is that people who lost people then, people who had loved ones wounded, they are still wounded. And whether those are visible wounds or invisible wounds, that still hurts.

We ask a lot of them: "It's called The Long Road Home, where are you on the long road home?" And the answers over these past years are "I'm still on the highway," "I'm knocking at the door," "I'll never be the same way I was before," but they are courageous. They are honoring these soldiers. I think it's one of the things that [for] the guys who were there it's really hard. You know, this is a scripted nonfiction you see in the most vivid graphic way and that's what we wanted. We want people to feel that they are regular guys. These are not Navy SEALs, these are not Special Ops guys. These are regular guys who were in Fort Hood, Texas and suddenly found themselves in the battle for their lives. It could be anybody.

This story was edited for radio by Monika Evstatieva and Jolie Myers, and adapted for the Web by Sydnee Monday and Petra Mayer