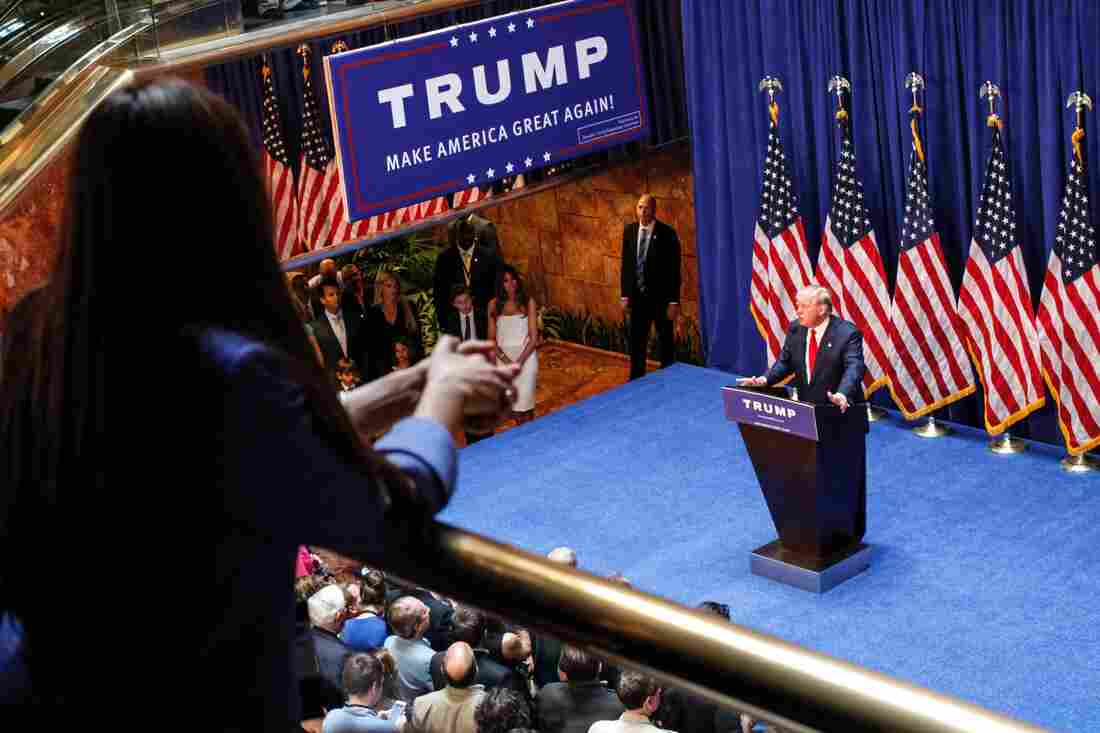 When Donald Trump announced his bid for the presidency in June 2015 at Trump Tower, he called Mexican immigrants "rapists" among other insults. The tone Trump set on immigration has been picked up by both Republican candidates running for governor. Kena Betancur /AFP/Getty Images hide caption 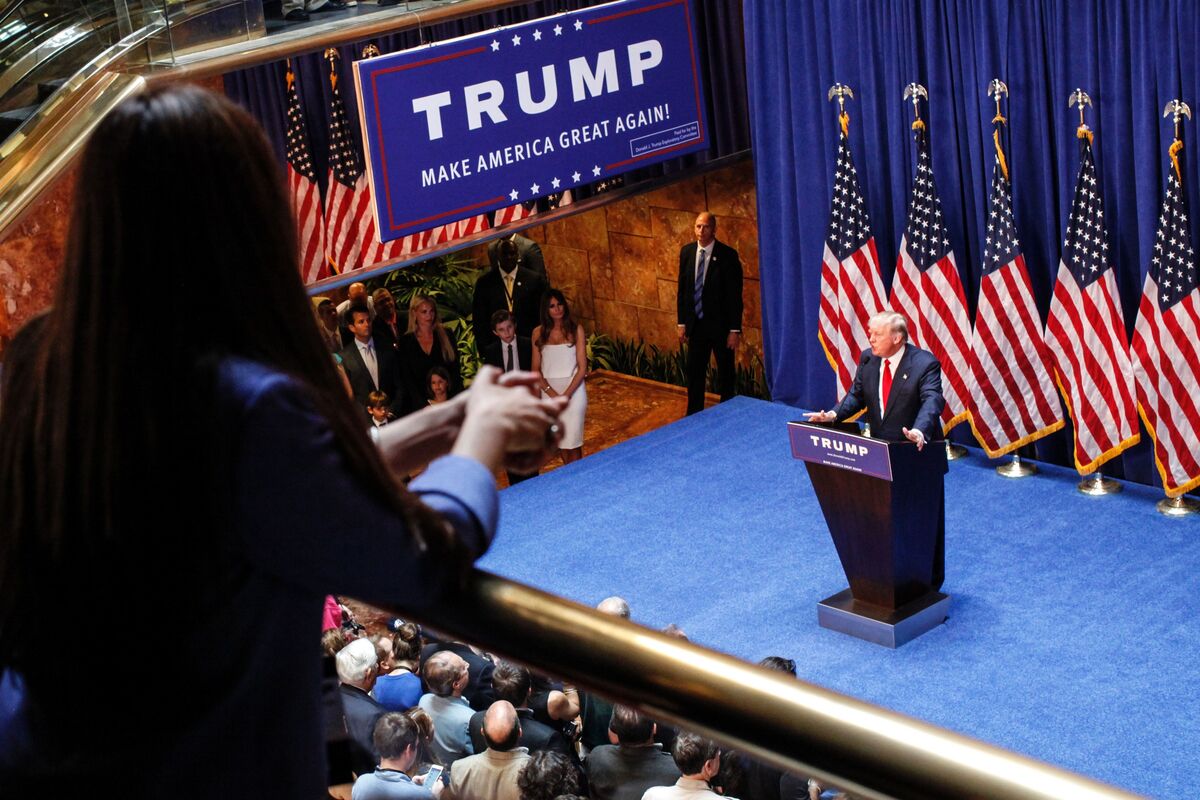 When Donald Trump announced his bid for the presidency in June 2015 at Trump Tower, he called Mexican immigrants "rapists" among other insults. The tone Trump set on immigration has been picked up by both Republican candidates running for governor.

The ads are a move out of the political playbook of President Trump, who began his bid for the White House by attacking Mexican immigrants. "They're bringing drugs. They're bringing crime. They're rapists," Trump said, at his 2015 campaign announcement. "Some, I assume, are good people."

"His philosophy is the one that's being implemented," said Stella Rouse, director of the Center for American Politics and Citizenship at the University of Maryland.

But she cautions that using that strategy on a state level may be "risky." The ads could alienate moderate Republicans in New Jersey and Virginia who have not fully bought into Trump's sales pitch.

"[Trump] obviously won," Rouse said, "so there is some sentiment or feeling that that is a winning strategy." 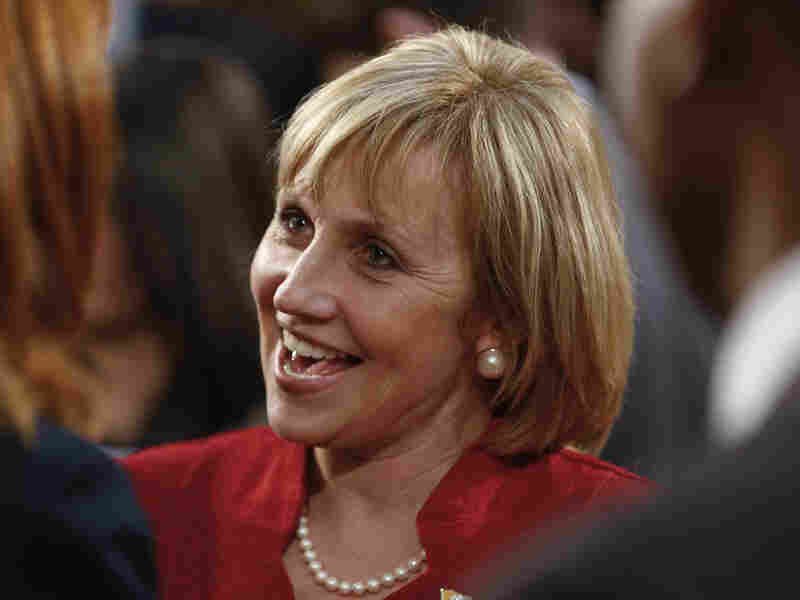 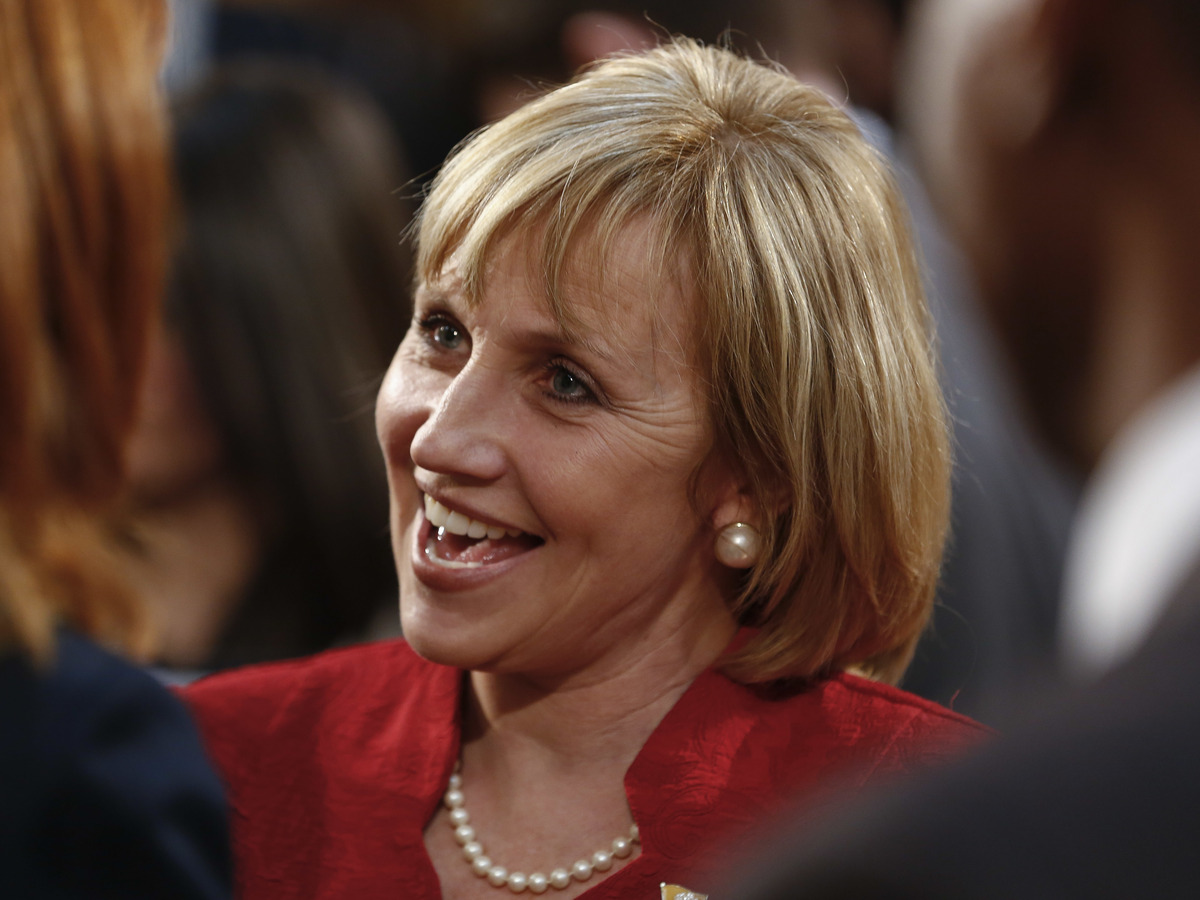 Lt. Gov. Kim Guadagno had focused her gubernatorial campaign on property taxes but has recently taken a harsh tone on illegal immigration.

For a vast majority of her campaign, Republican candidate Kim Guadagno focused on her plan to lower New Jersey's notoriously high property taxes. She rarely spoke publicly without pitching her plan to streamline state government.

Guadagno also reached out to the state's sizable Latino population, kicking off her campaign at a Mexican restaurant and choosing a Cuban running mate.

But in October, still down by double digits in the polls to her Democratic opponent Phil Murphy, Guadagno released a TV ad titled "Sanctuary."

The murders on a Newark schoolyard in 2007 became one of the grisliest crimes in recent memory in New Jersey. (A fourth victim was raped, stabbed and shot but survived.)

Carranza, one of six perpetrators, was in the country illegally.

The ad plays on a comment Murphy made at a press event when asked whether he would protect immigrants who are in the country illegally, even if some of them may have criminal backgrounds. "My bias is gonna be having their backs," Murphy replied.

The narrator draws the connection: "Murphy doesn't have our backs. He has theirs."

Murphy has said he would make New Jersey a "sanctuary state" if threats against immigrants in the country illegally from the Trump administration escalated, but he has provided few details. 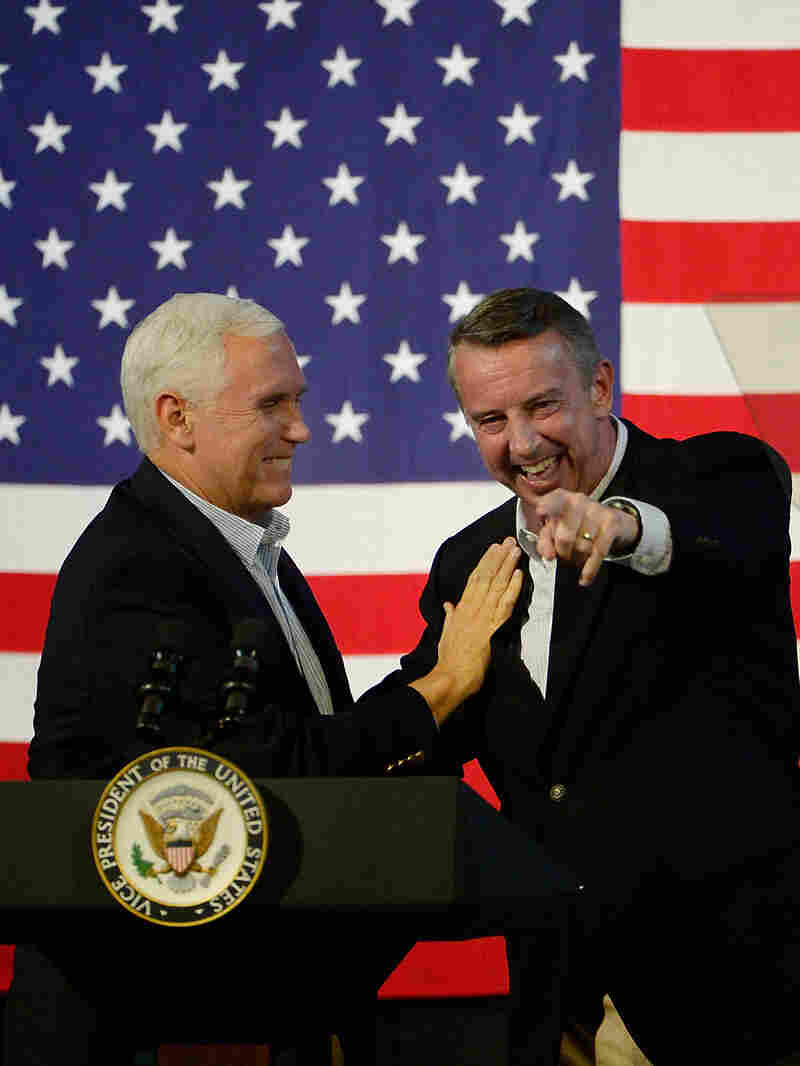 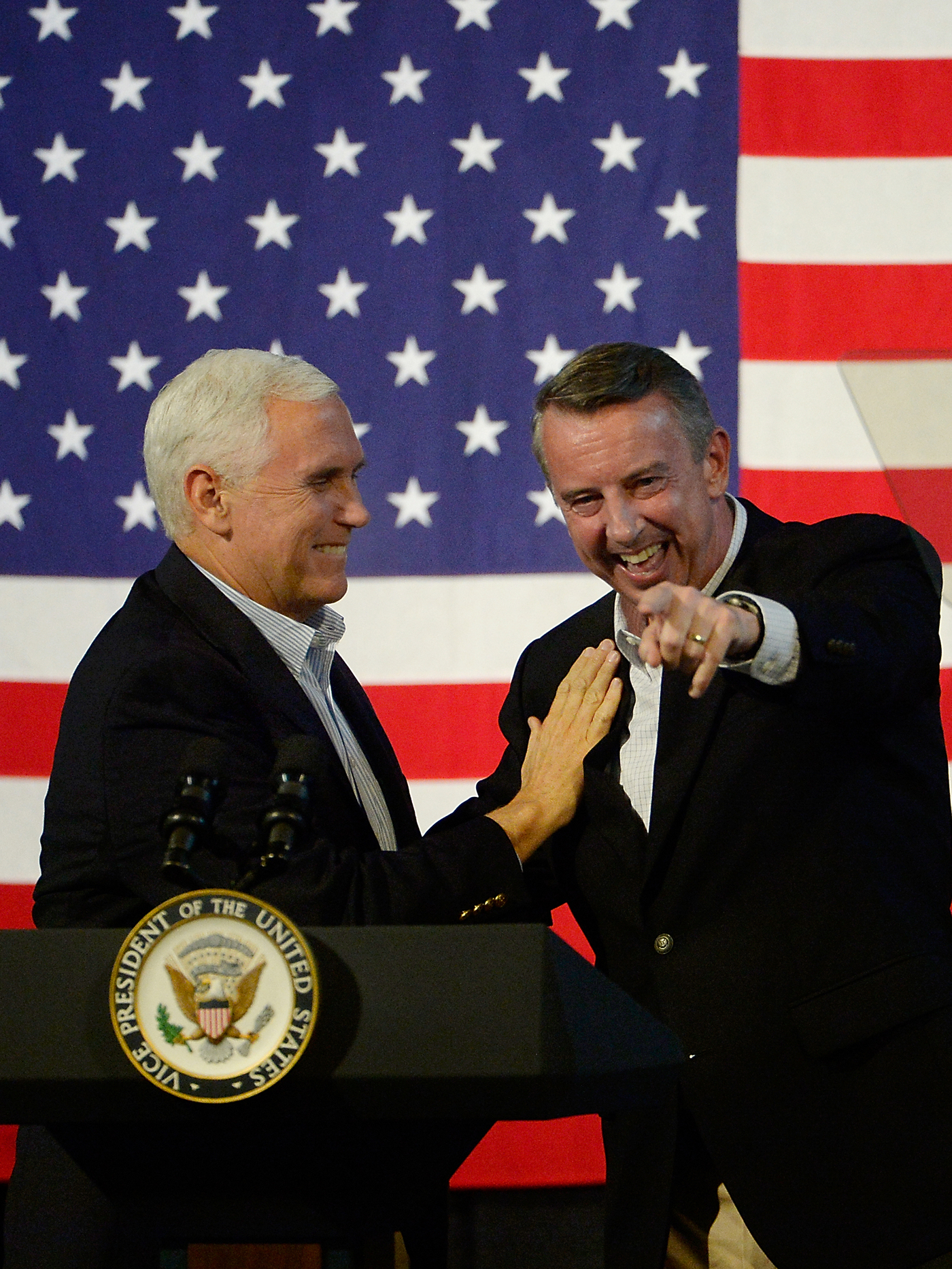 Republican Ed Gillespie has been slamming Democrat Ralph Northam for voting against a bill that would have banned sanctuary cities in Virginia, even though none exist in that state.

A former Republican National Committee chair who once spoke of diversifying the GOP, Gillespie shifted to the right after a bruising primary in the spring.

In one ad, the Gillespie campaign implies that Northam's vote against the sanctuary city bill was a boon to the violent street gang MS-13, which was started by immigrants from El Salvador and has a presence in Virginia.

"Northam cast the deciding vote in favor of sanctuary cities that let illegal immigrants who commit crimes back on the street," a narrator says, "increasing the threat of MS-13."

Both Phil Murphy in New Jersey and Ralph Northam in Virginia say violent criminals should be prosecuted, regardless of their immigration status.

But that response has not stopped their Republican opponents from going all in on the illegal immigration message, even as studies that show immigrants in the country illegally commit crimes at a lower rate than native-born U.S. citizens.

"Using fear tactics to sort of divide groups is something that has been around for awhile," said Rouse. "I think it's been applied to higher levels certainly since Trump came on the scene."