Accessibility links
Facebook, Twitter And Google Faced Tough Questions, Hours Of Hearings Over Russian Interference A marathon on Capitol Hill this week yielded new details about the scale and nature of Russian interference in the 2016 election, but no easy solution for preventing the next effort by the Kremlin. 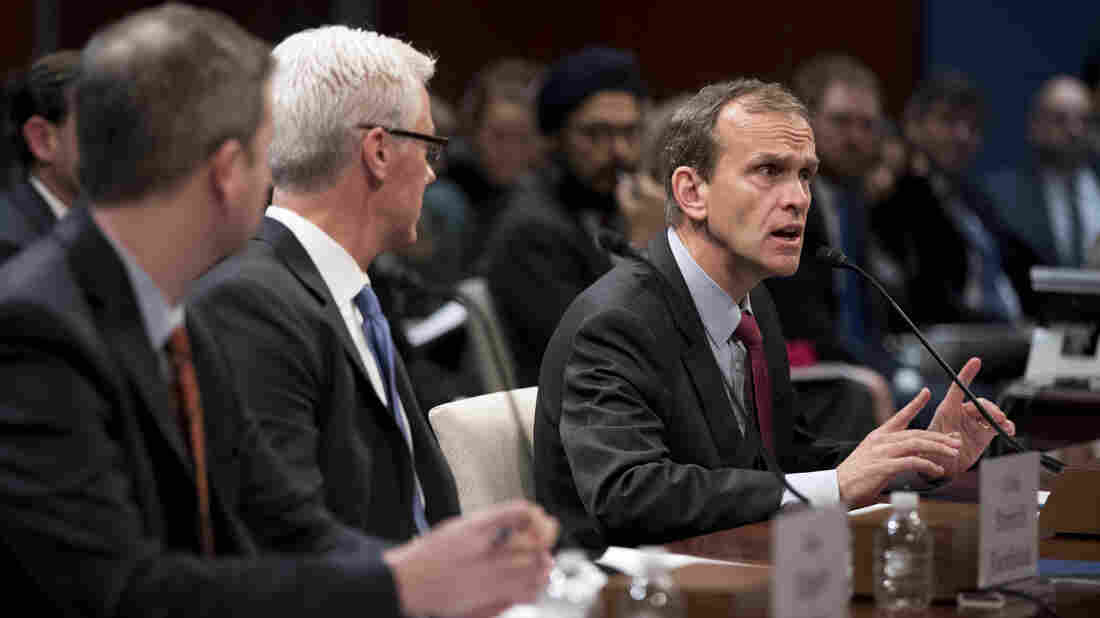 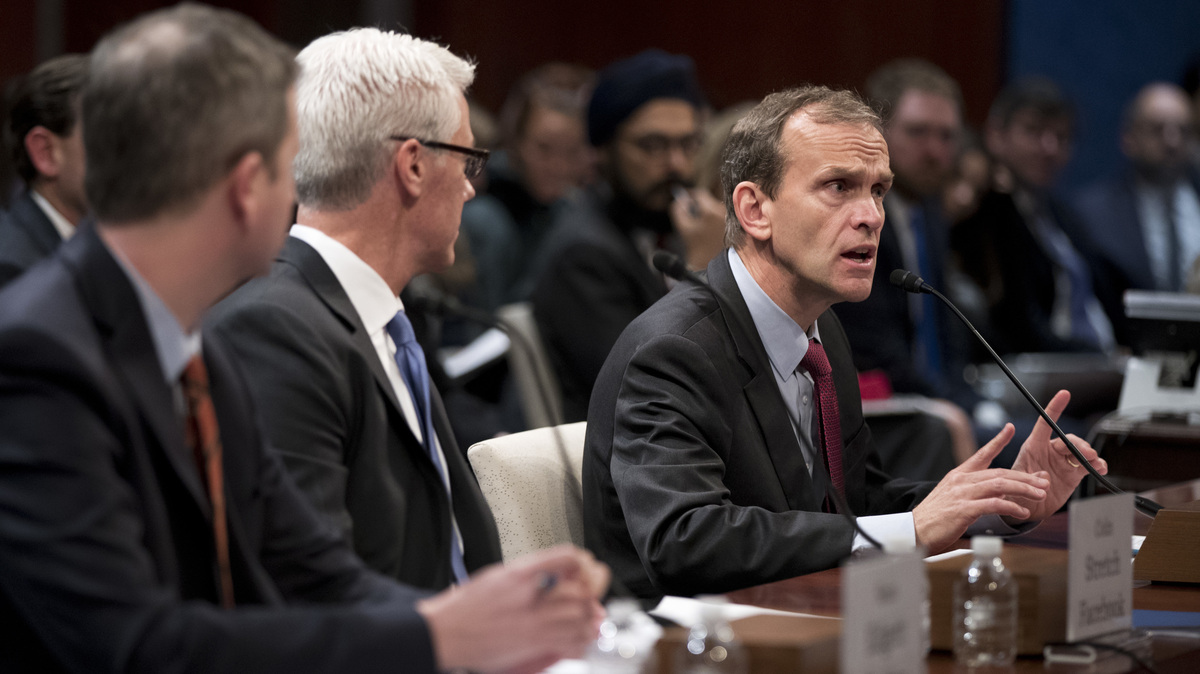 There appears to be no quick patch for the malware afflicting America's political life.

Over the course of three congressional hearings Tuesday and Wednesday, lawmakers fulminated, Big Tech witnesses were chastened but no decisive action appears to be in store to stop a foreign power from harnessing digital platforms to try to shape the information environment inside the United States.

Legislation offered in the Senate — assuming it passed, months or more from now — would change the calculus slightly: requiring more disclosure and transparency for political ads on Facebook and Twitter and other social platforms.

Even if it became law, however, it would not stop such ads from being sold, nor heal the deep political divisions exploited last year by foreign influence-mongers. The legislation also couldn't stop a foreign power from using all the other weapons in its arsenal against the U.S., including cyberattacks, the deployment of human spies and others.

"It strikes me that the United States is operating at a tremendous disadvantage," said Sen. John Cornyn, R-Texas, Wednesday, "We're a free and open society. We believe in freedom of the press, freedom of expression and we respect the privacy rights of individuals. Our opponents have the opposite view."

Representatives for Google, Facebook and Twitter said they were taking some action. They've vowed to reveal who's buying certain ads, disclose their contents and to label them in ways they haven't before. The companies also made clear they condemn the uses of their services they've discovered, which they said violate their policies in many cases.

They also talked more about the scale of the Russian digital operation they've uncovered up to this point — which is eye-watering: Facebook general counsel Colin Stretch acknowledged that as many as 150 million Americans may have seen posts or other content linked to Russia's influence campaign in the 2016 cycle. That includes around 126 million on Facebook's eponymous network and around 16 million on Instagram, which Facebook owns. Plus there may have been another 4 million Americans who saw material earlier.

Twitter and Google also said they found clear efforts to turn up the volume on political controversy — from automated accounts that re-posted certain tweets at key times to accounts on the world's leading video platform, YouTube, which Google owns.

But Stretch told the Senate Intelligence Committee on Wednesday he believes the problem is beyond even some of the biggest corporate titans in the world.

"We do believe it's a larger issue than any one company," he said.

For example, Google's general counsel, Kent Walker, observed that in the case of the Russian government news agencies Sputnik and RT, they have their own cable and radio properties and many other ways to get their message out.

"This is, of course, a question that goes beyond the Internet," he said.

"Candidly, your companies know more about Americans, in many ways, than the United States government does. The idea that you had no idea any of this was happening strains my credibility," Warner told the three lawyers for the three companies. 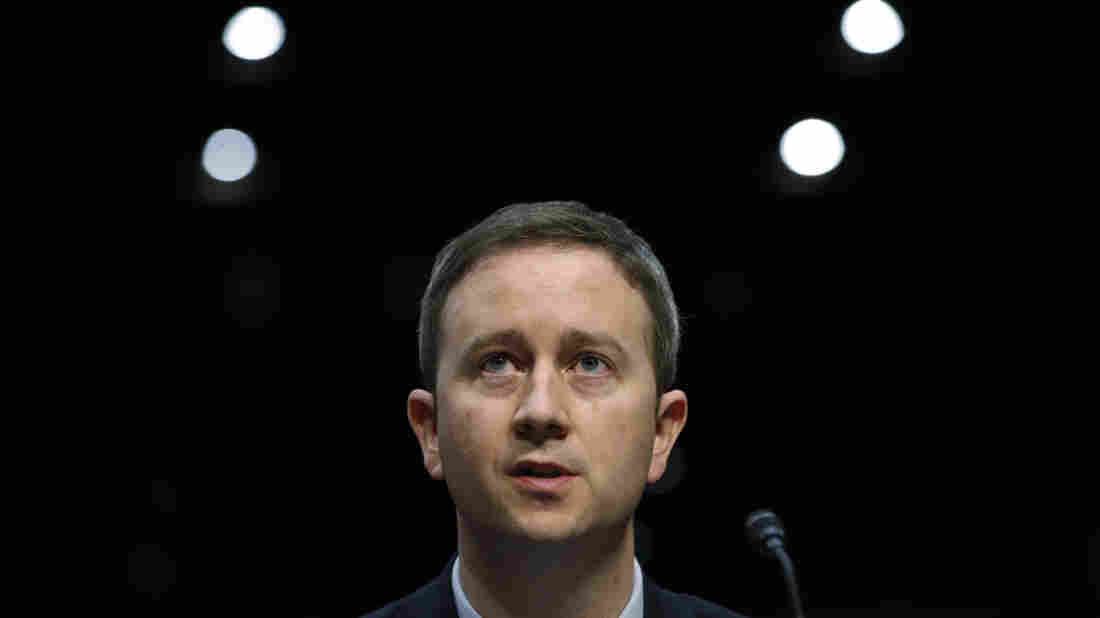 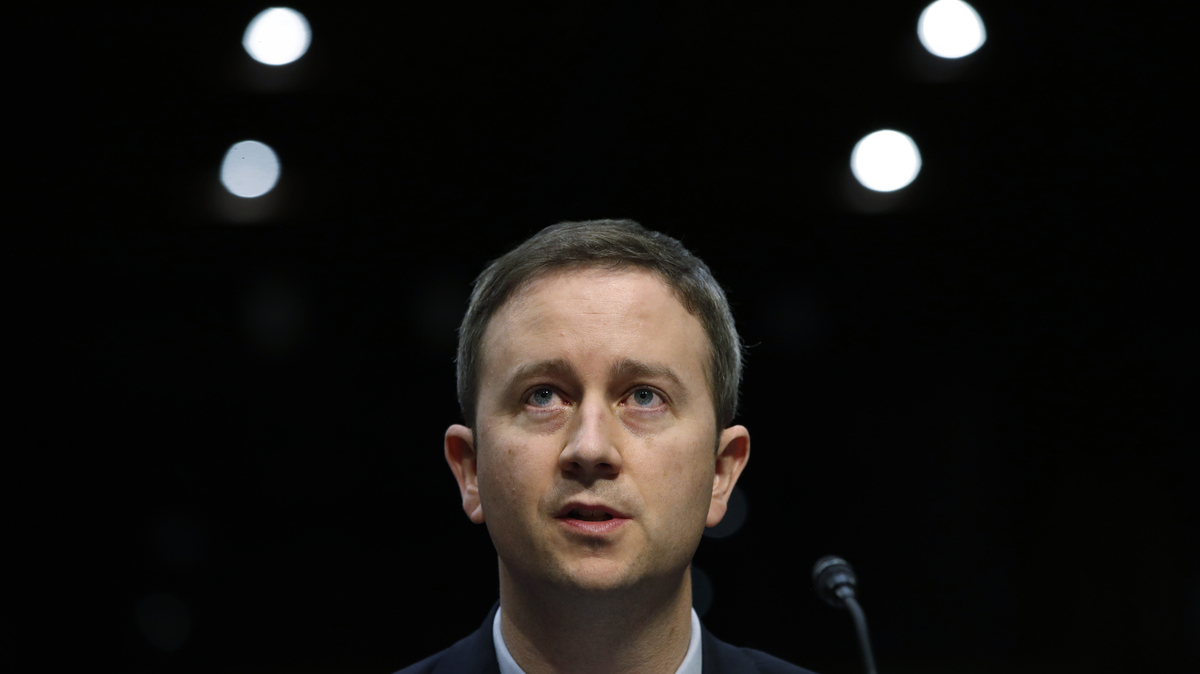 All the same, members of Congress confessed how difficult it was for them to even wrap their minds around how today's Internet works — and can be abused. And for others, the hearings finally drove home the magnitude of the Big Tech platforms.

Sen. John Kennedy, R-La., marveled on Tuesday when Facebook said it could track the source of funding for all 5 million of its monthly advertisers.

"I think you do enormous good, but your power scares me," he said.

That power appears only likely to grow as Facebook and Google elbow their other "Big Four" rivals, Amazon and Apple, in pursuit of more data, more reach, more market share. With that reality, some members of Congress — even those who support some additional restrictions — have acknowledged that part of protecting Americans from interference will depend on users' own awareness.

Sen. Angus King, I-Maine, told NPR on Wednesday that people must learn to distinguish between advertising, disinformation couched as news or material posted by fake users posing as Americans.

"We've got to become better about understanding when this isn't true," he said. "We all, when we pass through the grocery line and we see the tabloids with a headline about a movie star having a two-headed baby, we sort of dismiss that. We've learned to say, y'know, that's probably not true. We've got to start applying that kind of consumer thoughtfulness to what we see on the Internet."

Whether or not users change their attitudes, U.S. intelligence officials say they expect more interference campaigns that target next year's congressional midterms or the 2020 presidential campaign. And the authors of those schemes are watching closely as Americans litigate what happened last year, said Senate Intelligence Committee Chairman Richard Burr, R-N.C.

No one in the United States, however — apparently including the investigators of his own committee — has a complete picture of what has already taken place, he said.

"There is one thing I'm certain of, and it's this: Given the complexity of what we have seen, if anyone tells you they have figured it out, they are kidding ourselves," Burr said. "And we can't afford to kid ourselves about what happened last year — and continues to happen today."