Accessibility links
On Thin Ice: Walruses Threatened After U.S. Declines To List As Endangered The Trump administration refused last month to put the Pacific walrus on the endangered species list, spelling a "death sentence" for the species that lives in the seas between Alaska and Russia.

On Thin Ice: Walruses Threatened After U.S. Declines To List As Endangered

On Thin Ice: Walruses Threatened After U.S. Declines To List As Endangered 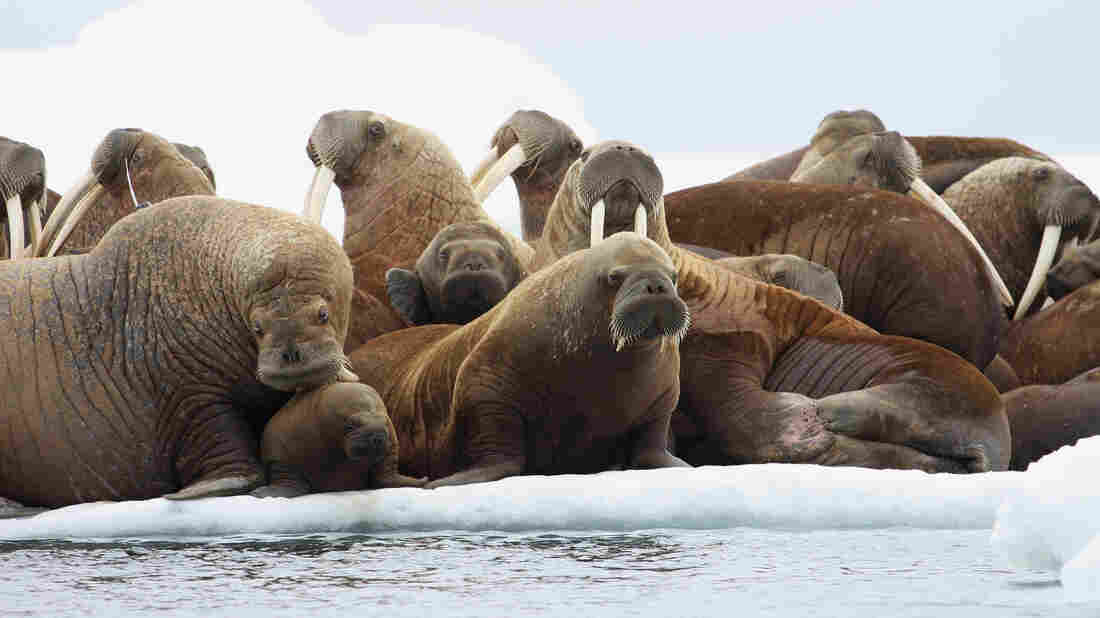 The Pacific walrus is facing "extinction from climate change" after the White House refused to list the species as endangered, one conservation group says. S.A. Sonsthagen/AP hide caption 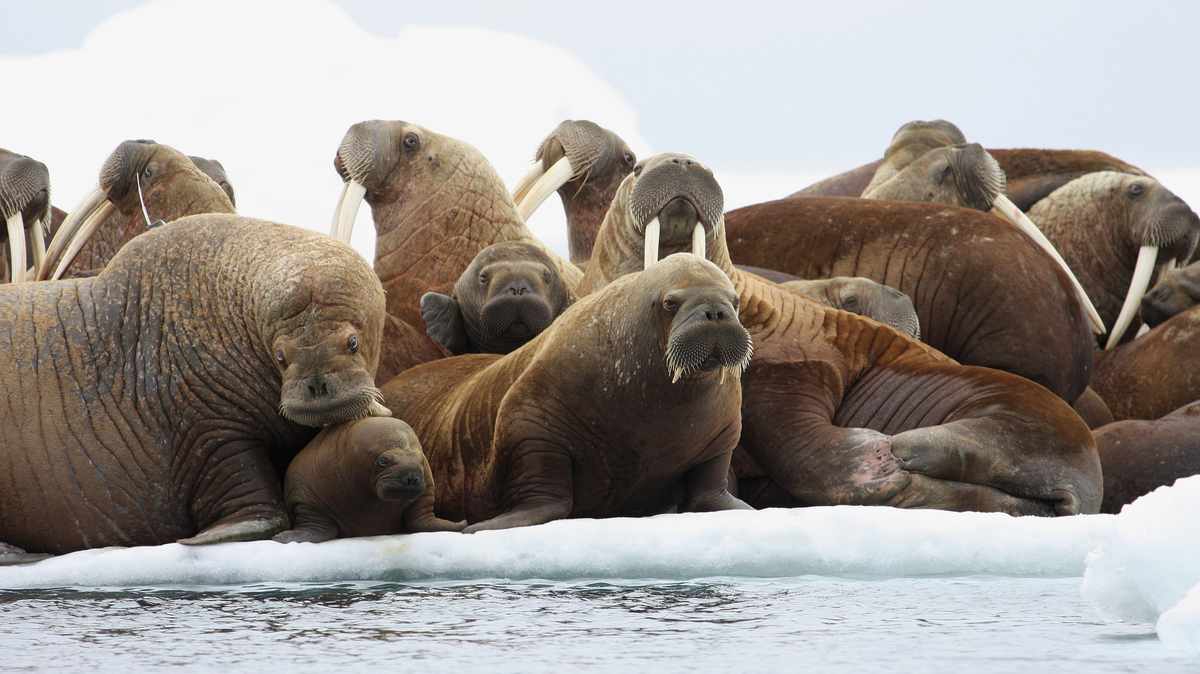 The Pacific walrus is facing "extinction from climate change" after the White House refused to list the species as endangered, one conservation group says.

Walruses are facing a "death sentence" after the Trump administration declined last month to list the Pacific walrus as endangered, according to the Center for Biological Diversity.

The conservation group, which took legal action starting in 2008 to get walruses on the list, says the White House's decision puts the species in a dire state as it confronts the effects of climate change.

Chad Jay, who leads the walrus research program at the U.S. Geological Survey Alaska Science Center, tells Here & Now's Jeremy Hobson that walruses are dealing with a loss of their habitat due to sea ice melt.

"The sea ice model projections indicate that the sea ice decline is going to continue through the end of the century, so a good deal of their habitat is still going to be lost in the future," Jay says. "It's really hard to say how well they're going to deal with that as conditions get worse."

Jay says walruses depend on sea ice for breeding, feeding and nursing their young, and to avoid predators.

"They use the ice to breed in the wintertime and then to give birth in the spring," he says. "And they use sea ice also as a platform to crawl out onto and rest between feeding bouts on the seafloor."

Scientists predict Arctic sea ice will be nonexistent in the summer by the 2030s. The Guardian reports on new research that shows "the minimum sea ice extent was 1.79 [million] [square] miles at the end of this year's summer, around 610,000 [square] miles below the long-term average and the eighth-lowest year in the 38-year satellite record."

While the U.S. Fish and Wildlife Service acknowledged sea ice is declining due to climate change, it said the Pacific walrus is not "in danger of extinction for the foreseeable future," suggesting walruses will likely be able to adapt to their changing environment.

"This disgraceful decision is a death sentence for the walrus," Shaye Wolf, climate science director for the Center for Biological Diversity, told The Guardian last month.

"Walruses face extinction from climate change, and denying them critical protections will push them closer to the edge," she says. "The Trump administration's reckless denial of climate change not only harms the walrus and the Arctic, but puts people and wildlife everywhere in danger."

The FWS estimates there are nearly 230,000 Pacific walruses left, though the agency notes some uncertainty over the exact population numbers.

Pacific walruses live in the Bering and Chukchi seas between Alaska and Russia, where they perch on sea ice and the mainland coasts. Jay says that in lieu of sea ice, walruses are forced to take breaks on shore during haul outs — when they temporarily leave the water between foraging periods — which is further away from their feeding grounds in shallow waters.

In the late summer and early fall, "the sea ice has been receding so rapidly and to such a large extent that it doesn't cover that shallow area anymore," he says, "and so walruses then are forced to use land haul outs to rest between their feeding bouts."

"They have to travel greater distances, and they spend less time hauled out," Jay adds.

Lee Cooper, a research professor at the University of Maryland Center for Environmental Science, told Here & Now's Robin Young in 2014 that walruses can survive longer breaks between feeding.

"Walruses are adapted to live a certain amount of time without food. They can go weeks," he says.

The FWS recognizes the decline of sea ice is due to ocean warming and acidification. Jay explains that ocean acidification threatens clams and mussels, which are walruses' main food sources.

While male walruses typically come ashore to haul out at certain times of year, Cooper says since 2007, researchers have observed more females and their young on land.

Jay says the younger, more vulnerable walruses can be trampled to death when giant herds form on land. In September, nearly 64 walruses less than a year old were found dead near Point Lay in Alaska, according to The Guardian.

"When they're on land they're exposed to greater chances of disturbance from planes or boats or bears or human activities," he says, "and cause the walruses to stampede and trample some of the young to death at times."