Accessibility links
Louis Hayes Celebrates His 80th Birthday In A Packed Jazz Club Jazz Night in America takes you to Dizzy's Club Coca-Cola, where the hard-bop drummer celebrated his debut as a band leader and talked about fond memories and favorite sessions. 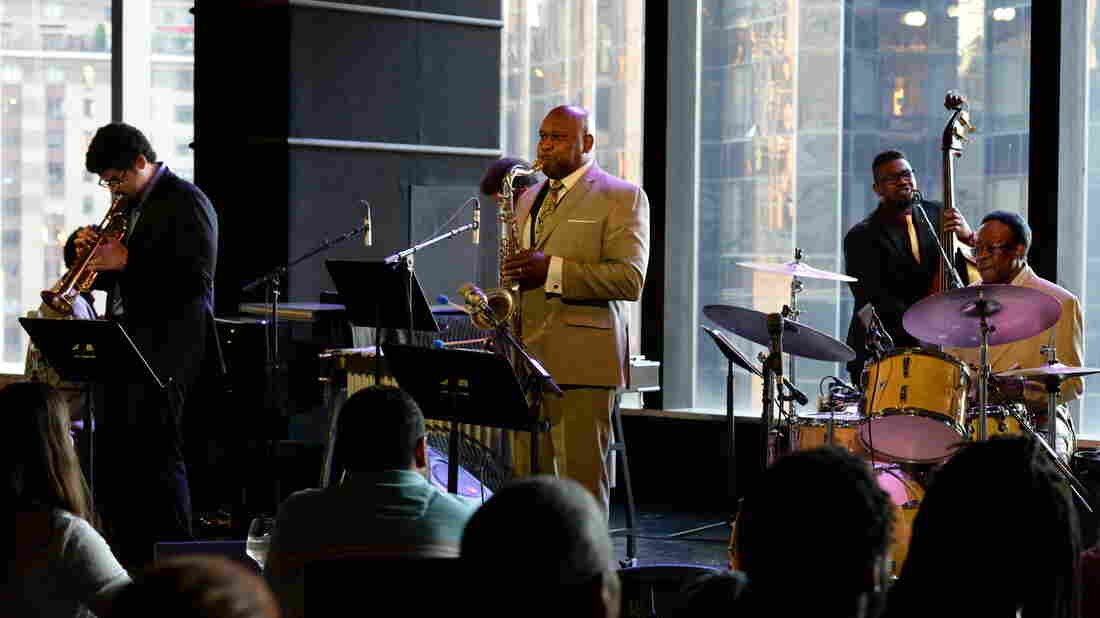 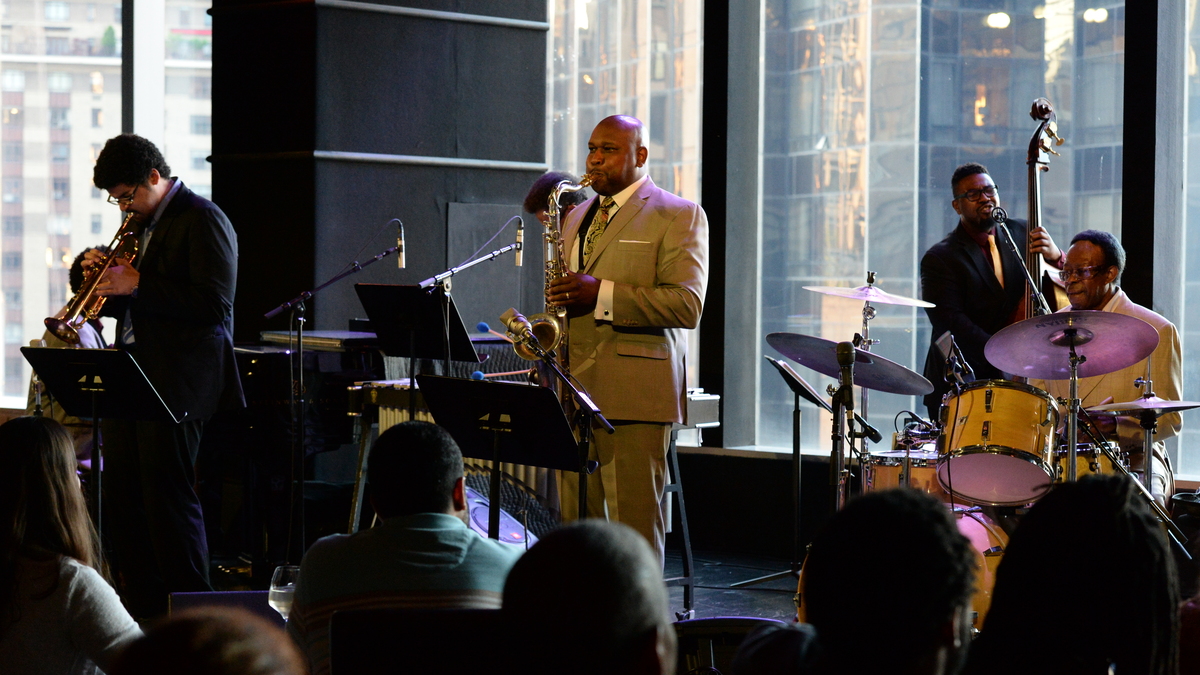 Louis Hayes spent his youth creating the pulse of hard-bop, as a top-shelf drummer with artists like Cannonball Adderley and Horace Silver. He turned 80 this year, marking the occasion with his own Blue Note Records debut as a leader, Serenade for Horace. As the title implies, it's a tribute to his old mentor and bandleader – but it's also a testament to the beat that endures in Hayes' playing.

This episode of Jazz Night in America will take you into a packed room at Dizzy's Club Coca-Cola, where Hayes celebrated his birthday and the album's release, leading a band with fiery younger talent like trumpeter Josh Evans and saxophonist Abraham Burton. We'll hear host Christian McBride talking with Hayes about some favorite sessions and fond memories. And we'll hear testimonials from Don Was, Blue Note's president (and, like Hayes, a Detroit native) and Maxine Gordon, Hayes' road manager (and the widow of Dexter Gordon, another of his illustrious associates).