Accessibility links
GOP's Dream: Postcard-Size Tax Return The Republicans say their new tax plan will allow taxpayers to file their returns on a postcard. Here's where it gets complicated. 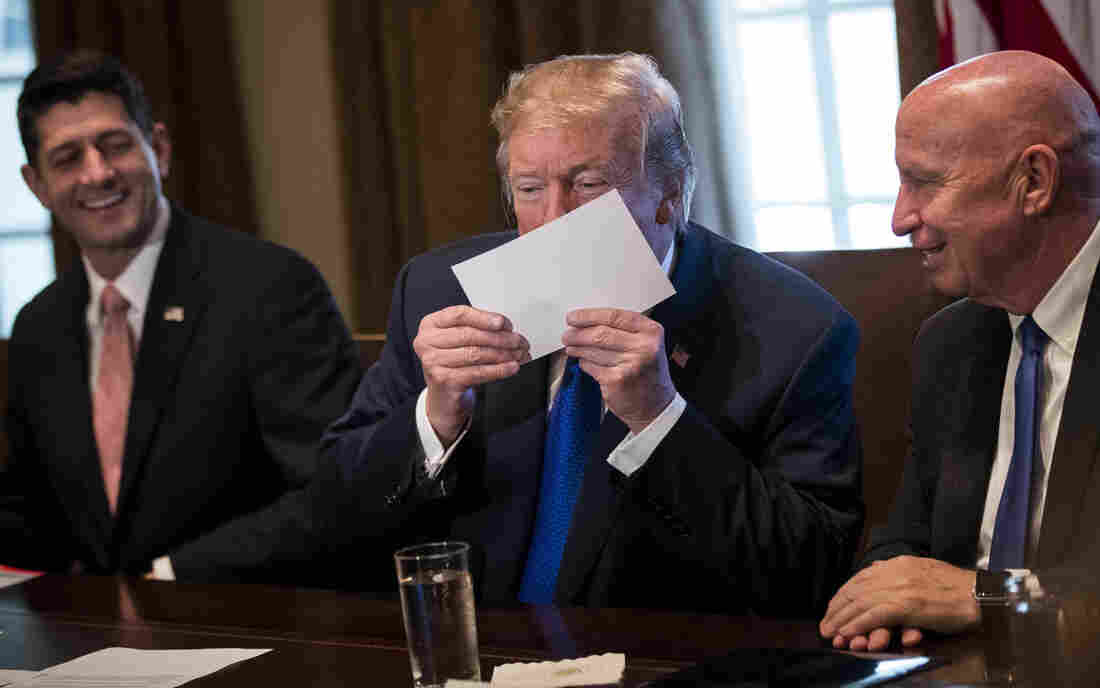 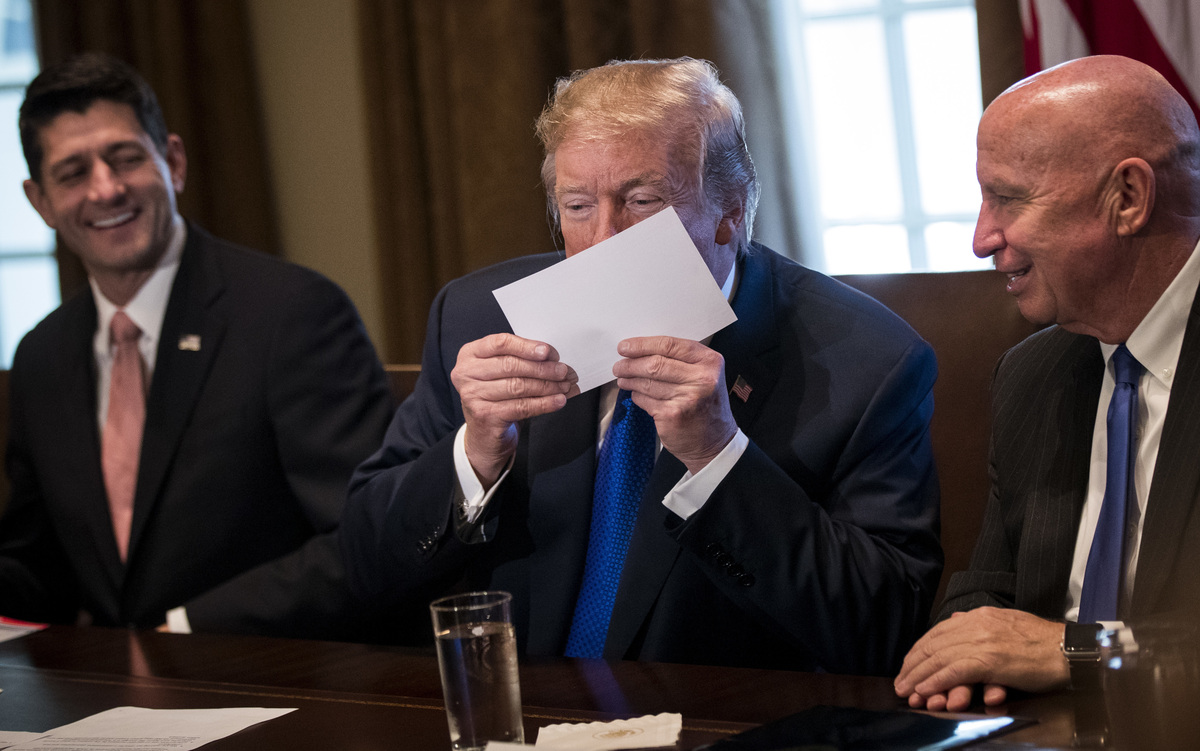 House Republicans selling their new tax plan have a great sales pitch: It will simplify taxes so much you'll be able to file your return on a postcard! GOP leaders brandished just such a prop in their rollout of the overhaul Thursday and gave a couple to President Trump at their meeting with him at the White House.

The president was so tickled by the postcards he kissed one, and said, "The only people that aren't going to like" the simplified plan is H&R Block, the tax filing company. (In fact, shares of the company closed down on Wall Street Thursday by more than 2 percent.)

So, will we all be dropping our tax postcards into the mailbox in the future?

And is that necessarily a good thing?

"I think for the vast majority of Americans their returns will be much, much simpler" under the GOP plan, says Nicole Kaeding, an economist with the Tax Foundation in Washington, D.C.

Republicans have proposed reducing the number of tax brackets for individuals to four from the current seven. That alone isn't necessarily that much of a simplification, Kaeding says. "It's more that we're eliminating a lot of the deductions and credits available" that makes it more likely a tax return can be squeezed onto a postcard, she says.

Individuals will no longer be able to take tax credits for adopting a child or take deductions for tax preparation or alimony payments or moving expenses.

But even with fewer deductions and credits, would the tax form be that much simpler?

The GOP prop postcard shows a 15-line form. But that doesn't mean it would be easy to fill out, as Roberton Williams, formerly of the Tax Policy Center, wrote in 2016. Take Line 1, for example, on wage and compensation income. It's simple enough if you have one job, but what about workers who have two or three, with the corresponding number of W-2 income statements? Those would have to be added together on a worksheet. So would Line 2, contributions to specified savings plans. If you have more than one savings account, that would mean more calculations. For Line 3, taxpayers will have to figure whether to take the standard deduction, or if it makes sense to take deductions for mortgage interest, property taxes and charitable contributions. More figuring, more worksheets.

And then you have to ask yourself, do you really want to expose all of your personal financial information, along with your Social Security number, name and address on a simple postcard?

Kaeding agrees the whole notion of a postcard-size tax return is more of "a symbolic thing" than a likely policy. Plus there is this question: Would the IRS even go along with such a return?