Accessibility links
How The Diversity Visa Lottery Works The suspect in the New York terrorist attack was a native of Uzbekistan who came to the U.S. through a visa lottery program. Now there are calls to end it. 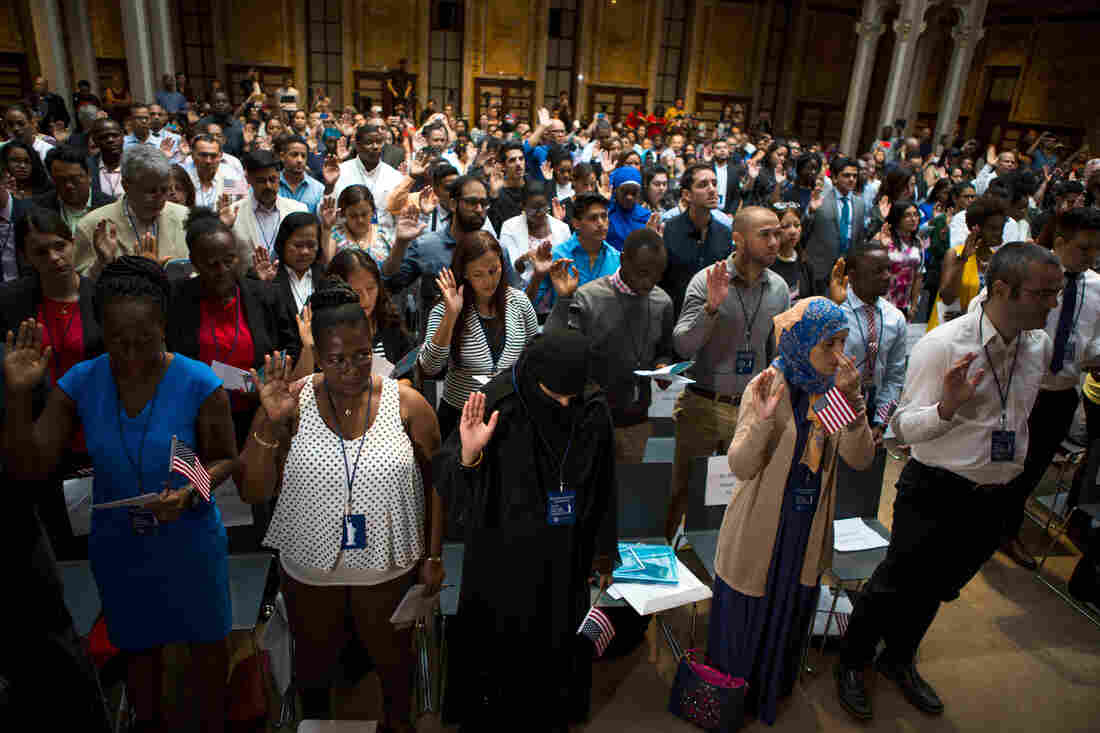 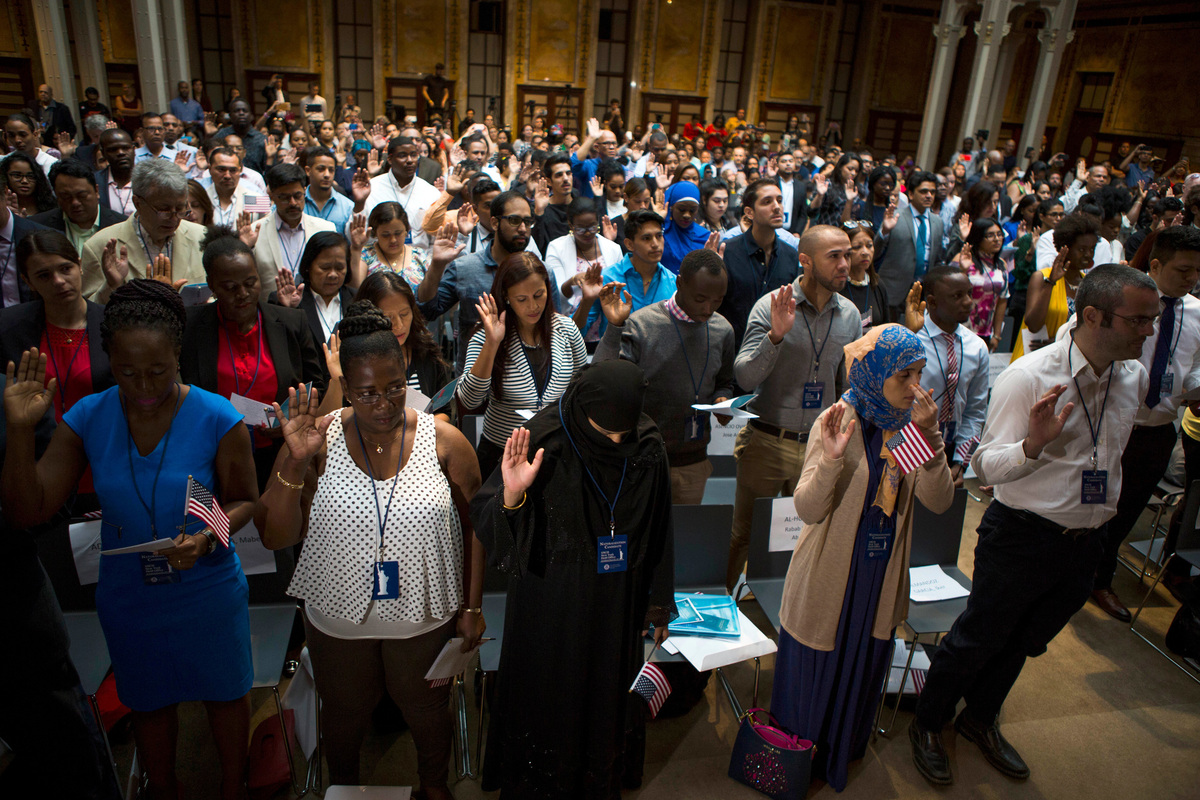 Naturalization candidates take the Naturalization Oath of Allegiance in June at the New York Public Library. Over 190 immigrants from 59 countries became American citizens.

Sayfullo Saipov, the suspect in this week's New York terrorist attack, is a native of Uzbekistan who came to the U.S. through the diversity visa lottery. It's a system for people from countries that have sent relatively few immigrants to the United States in the past five years.

Now, the attack that killed eight has brought heightened scrutiny to the program and prompted calls to end it.

The diversity visa lottery program goes back to the 1980s when its earliest version was created largely to benefit Irish immigrants. In the 1990s Congress changed the program so that anyone from a country that doesn't already send many immigrants here can apply.

In 1995, Darakshan Raja's Pakistani parents applied to enter the U.S. through the lottery. Her mother, a professor of English, wanted to pursue her career here. Raja recalls the long list of documents and certifications her parents had to provide: birth certificate copies, entire academic history, government reference letters, family and marriage records, financial statements, multiple English test results and certificates from the police that the applicants don't have a criminal record.

And there was something else. At the age of 6, Raja herself was questioned by an American Embassy official in Islamabad. She says she was asked: Do you believe in democracy or do you believe in communism?

"Now you can imagine at that age? I had no idea what the word meant," she recalls.

After Raja's parents were vetted, they were entered into a computer lottery.

Fifty thousand visas are administered each year through an Internet site and the application period is open until late November.

The program has its critics. Some say the diversity visas could better be used to reduce the current backlog of people who have been waiting many years to enter this country.

"If I'm a U.S. citizen and I have a brother or sister in the Philippines that I want to sponsor for a green card, that brother or sister will have to wait over 20 years," says Cornell Law professor Stephen Yale-Loehr. "And why should they have to wait that long when someone else can waltz into the United States in one or two years under the diversity program?"

Security has been a concern, too, since the spouse of a diversity visa holder from Egypt shot and killed two people at Los Angeles International Airport in 2002. And now after the terrorist attack in New York, President Trump is calling on Congress to shut it down.

"It's a disaster for our country," Trump said Thursday. "The program grants visas not on the basis of merit but simply because applicants are randomly selected in an annual lottery. And the people put in that lottery are not that country's finest."

In 2016, nearly half of the visas were granted to immigrants from Africa. The highest-ranking individual countries were Nepal, Egypt and Iran, followed by Uzbekistan, the home of the New York terrorism suspect.