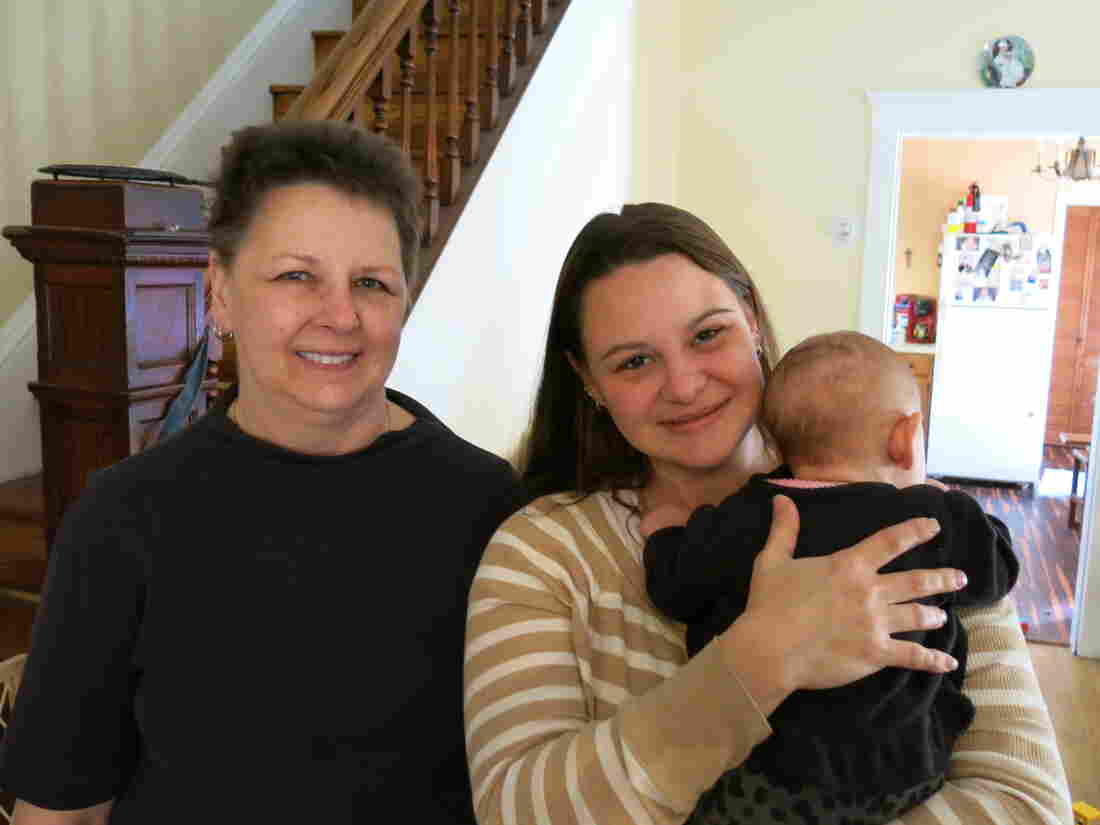 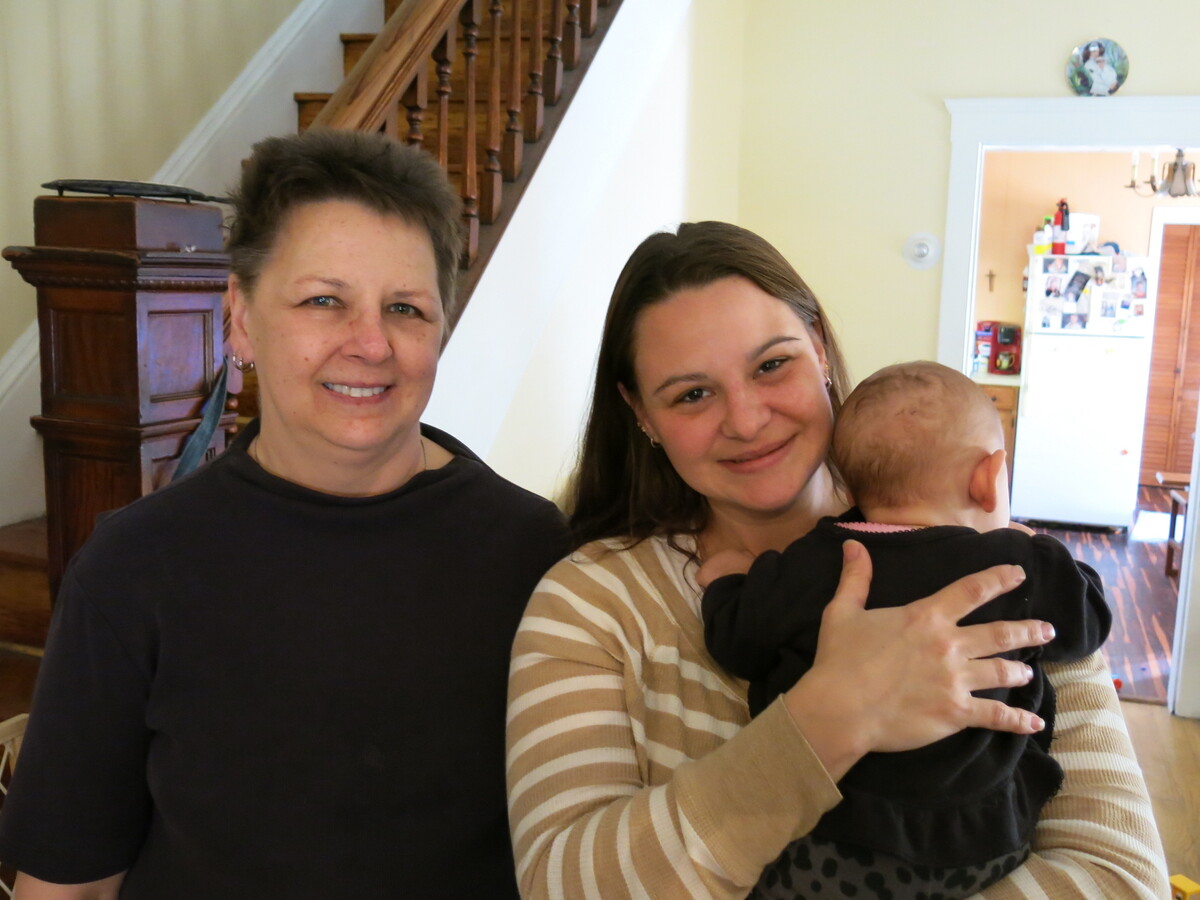 This story is part of Kitchen Table Conversations, a series from NPR's National Desk that examines how Americans from all walks of life are moving forward from the presidential election. This is the fourth postelection visit with Jamie Ruppert, 34, of White Haven, Pa.

Nearly a year after the election, health insurance is on Jamie Ruppert's mind. She gave birth to daughter Berlin in July, and even with insurance through her husband's work, she faced hundreds of dollars in out-of-pocket expenses.

Health care costs are one reason Ruppert joined many others in her community and switched from historically voting for Democrats to picking Donald Trump for president in 2016.

"The idea of Obamacare was great, but when I started seeing the premiums people were getting quoted, no, I wasn't a fan of it," says Ruppert.

Ruppert says she knows young people who refused to sign up for Affordable Care Act — also known as Obamacare — policies because they found them too expensive. Instead, she says, they chose to pay a penalty of at least $695 at tax time.

She figured a businessman like Trump could strike a better deal on behalf of young people; Ruppert liked Trump's repeal-and-replace campaign promise.

But the president and the Republican-dominated Congress are struggling to make good on that pledge. Now Trump predicts the ACA marketplaces will fail.

McDermott was on her husband's health plan through work but then lost her coverage when he turned 65 and qualified for Medicare. They couldn't afford a private policy for her back then, so she went without. Now she is 62 — her husband has died — and she qualifies for a subsidized ACA plan that costs less than $100 a month.

"I enrolled in the Affordable Care Act in January 2016, and in March, I had developed a basal cell carcinoma," she says.

The insurance came just in time to pay most of the $7,000 cost to treat the skin cancer. McDermott says Obamacare has been good for her.

Still, McDermott switched like her daughter from voting Democratic and picked Trump. She says his position on restricting immigration was the main reason; she wasn't as focused on health care then.

"I don't think he thought it was going to be so hard," says Ruppert. She thinks Trump was used to running his companies where he would order something and it would be done.

Ruppert and her mom hope some form of affordable health insurance will remain available for just a few more years until McDermott qualifies for Medicare at 65. Despite this uncertainty and a string of negative news about Trump and his administration, Ruppert remains a supporter of the president.

"I don't regret voting for Trump. I regret, maybe, believing as much and putting as much faith into a politician," says Ruppert. But Trump still has more than three years in office — and she is waiting before delivering a final judgment on her candidate's performance.