Accessibility links
The Sweetness Of 'Sorry,' A New Video By The She's The San Francisco band's garage-pop progressively unravels as a beautiful duo frolics on the beach. 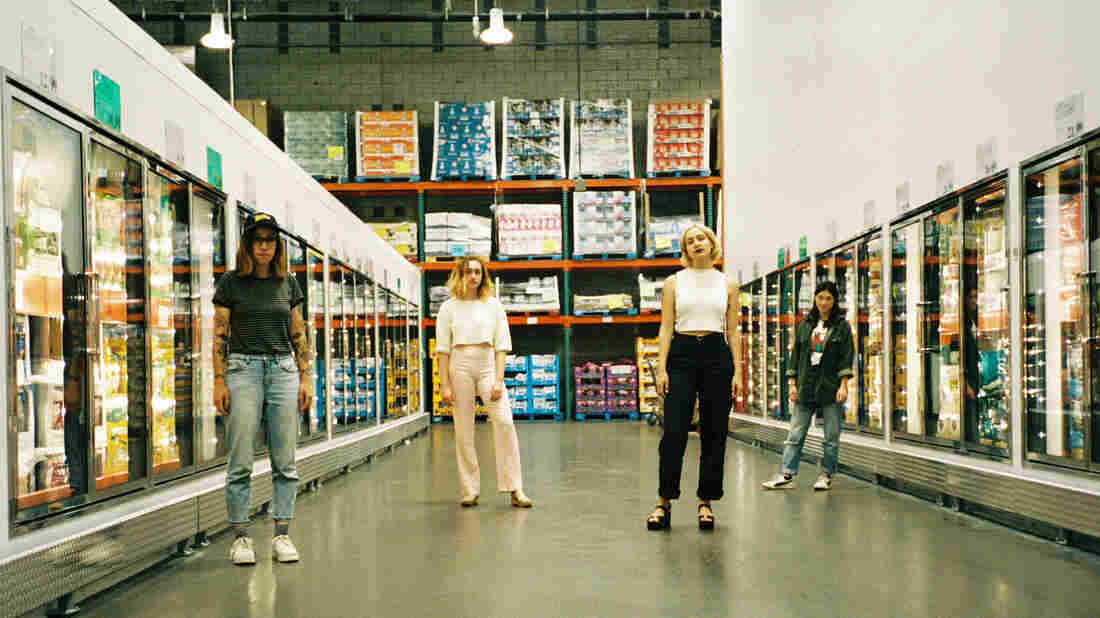 The new album by The She's, "all female rock and roll quartet," comes out Nov. 17. Jeff Hao/Courtesy of the artist hide caption 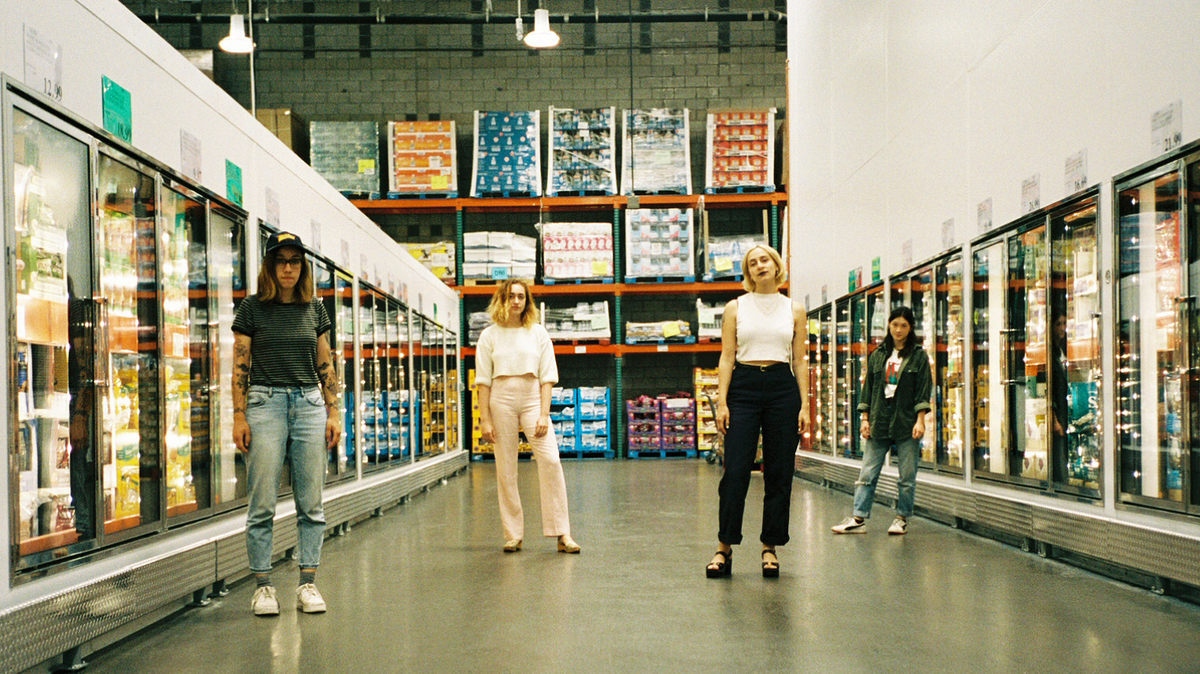 The new album by The She's, "all female rock and roll quartet," comes out Nov. 17.

Jeff Hao/Courtesy of the artist

The video for "Sorry" by San Francisco's The She's is the stuff dreams are made of. A beautiful duo frolics on the beach, the sun is shining, the sparks are flying, a sweet series of kisses are shared in the surf, and, as in so many dreams, the whole thing is tinged with a creeping sense of existential dread.

Sharpening the razor's edge between dream date and heartbreak-in-waiting are lyrics about regret and holding on to thin air in love's absence, sung over punchy garage rock that progressively unravels into abstraction. The final minute of the track features distorted conversation and off-kilter piano, among other sounds that effectively scratch the record of our protagonists' coastal romp.

The She's step toward this flavor of sonic creativity may have something to do with tUnE-yArDs' Merrill Garbus, who advised the quartet while its latest album, "all female rock and roll quartet," was being recorded. Her presence surely influenced the outcome, but the record was still wholly self-produced by The She's, who chose the album title to poke holes in the essentialist boilerplate descriptor used by music writers throughout the band's career (complete with quotation marks). And for women in their 20s, Sami Perez, Hannah Valente, Eva Treadway and drummer Sinclair Riley have already had a lengthy career. The band's members met at various times in early childhood, and as a group The She's have been releasing music since middle school.

Working with Garbus may have given them a specific and widely recognizable palette to incorporate, but The She's have been developing a distinctive garage-pop sound since their 2011 debut, Then It Starts To Feel Like Summer. The narrative arc of the "Sorry" video is an apt encapsulation, in fact, of how the band's aesthetic has expanded as its members left their teens: Simplicity and sweetness remain at the center, but darker edges are being allowed to encroach. Ambiguity in the video's storytelling dovetails with experimentation in the music-making. In the dreamscape of "Sorry," everything has more than one interpretation.

"all female rock and roll quartet" comes out Nov. 17 via Empty Cellar Records.