Accessibility links
Fall Of Raqqa Delivers Sharp Blow To Islamic State's Media Operation ISIS has had an unprecedented drop in media output since the fall of Raqqa, according to BBC Monitoring. The decline suggests the majority of its media operation was based in its de facto capital. 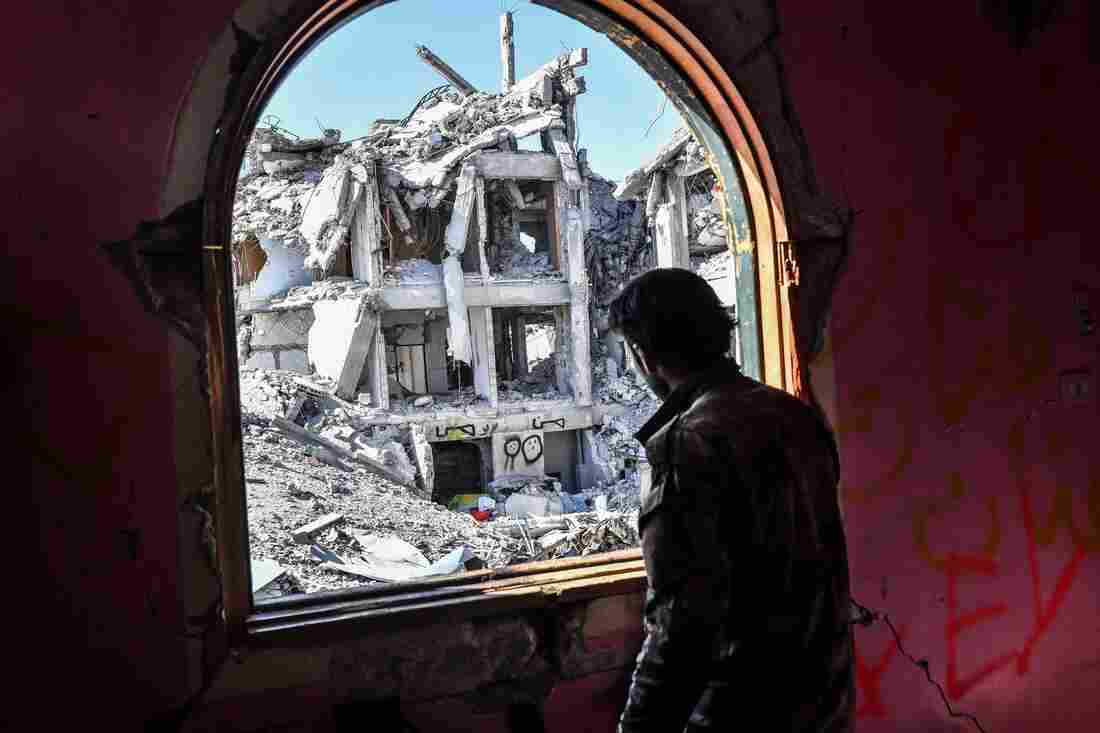 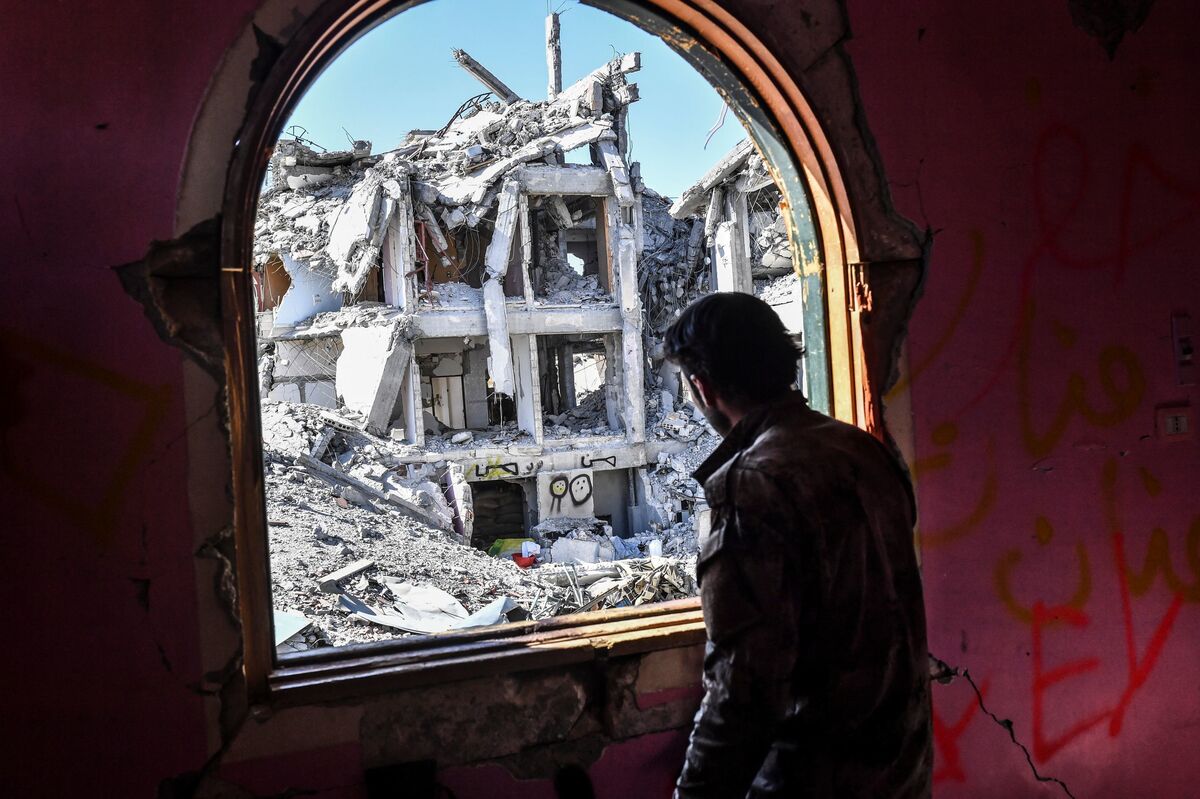 When the American-backed coalition of Kurdish and Arab militias took control of the Islamic State's de facto capital of Raqqa, Syria, last month, it dealt a major blow to the extremist organization and its self-declared caliphate.

Counterterrorism experts warn the victory will not mark the end of ISIS, but they believe it will force the group to return to guerrilla activity, which was a feature of its earliest days. Some experts believe the group will become more dangerous as it inspires, and in some cases directs, insurgents and lone-wolf terrorists around the world.

The U.S. Is Beating Back ISIS, So What Comes Next?

Since the fall of Raqqa, the Islamic State's media operation, which was known for its sophistication, has gone almost silent.

ISIS's media output has dropped significantly, according to BBC monitoring, a division of the British media organization that gathers and analyzes communications worldwide.

Mina al-Lami of BBC Monitoring tells Here & Now's Robin Young that the loss of territory does not necessarily spell the end of ISIS's extensive media operation.

ISIS has lost virtually all of the territory it once controlled in Iraq and Syria, Seth Jones, a military analyst with the RAND Corp., told Here & Now's Meghna Chakrabarti last month.

"It looks really bad for [Abu Bakr al-Baghdadi], the head of ISIS," Jones says. "He used the control of territory to recruit foreign fighters into Iraq and Syria, and without that magnet to allure foreign fighters, he's gonna have a hard time encouraging, inciting and energizing people to come fight with him."

Since the fall of Raqqa, Lami says the number of media items disseminated from ISIS channels dropped from about 30 to less than 10 items per day.

"It means that a significant part of ISIS's media operation was actually based in Raqqa," Lami says. "That was kind of the indication that it was based there, as well as possibly in Mosul in Iraq. But I think with the fall of Raqqa, we found for example, that two of IS's flagship products have disappeared."

In October, the group's monthly multilingual magazine was not published for the first time since its launch in September 2016, Lami says. Daily radio bulletins on Al-Bayan radio, which have aired regularly since April 2015, also stopped broadcasting on Oct. 25. Al-Bayan's online streaming link, where radio broadcasts are available as podcasts, is also inactive.

Despite the unprecedented decline in communications, the organization's weekly Arabic-language newspaper Al-Naba has continued to appear since ISIS relinquished control of Raqqa, Lami says.

The majority of ISIS's media operation lives on the encrypted messaging app, Telegram, so information is easy to access, she explains.

"They're not in some kind of dark Web part of the Internet," Lami says. "A lot of these what they call channels, or they're basically accounts on Telegram, are public so they're open to anyone who wants to access them. The whole purpose of IS's operation there is to reach out to the public to make its material available."

ISIS propaganda is difficult to suppress because its supporters spread it across various social media platforms, Lami says. By the time individual accounts are suspended, the content is splashed across the Internet.

"The key mission of the army of IS supporters online is actually to amplify that message," she says.

In fact, the accused attacker in last week's New York truck attack admitted he was inspired by ISIS videos he watched on his cellphone, NPR's Camila Domonoske reported. A court-ordered search of two cellphones found in the attacker's rented truck revealed 90 videos and 3,800 photos of ISIS-related propaganda.

As NPR previously reported, ISIS took unusually long to claim responsibility for the attack, and the announcement was buried in its weekly newsletter, Al-Naba, rather than communicated through its central news agency or on Telegram.

Lami says ISIS was likely delayed in claiming responsibility because they wanted to protect the attacker, who was caught alive. She also suspects that ISIS learned of the attacker's support after reports from mainstream media.

"The claim did not come out through its central channels on Telegram, I think, because it was delayed, and they would seem kind of a bit hesitant," she says. "They tried to get around the delay, the hesitance by saying, 'Well, Al-Naba, the magazine, it's a roundup anyway of events of the week, so that's fine to feature it there.' "