Accessibility links
Election Day 2017: Governor's Races, Expanding Medicaid, What's On The Ballot? In odd-numbered years, Election Day is a hodgepodge of races. But in an era when all politics is national, these low-profile elections have a lot to say about the direction of the country. 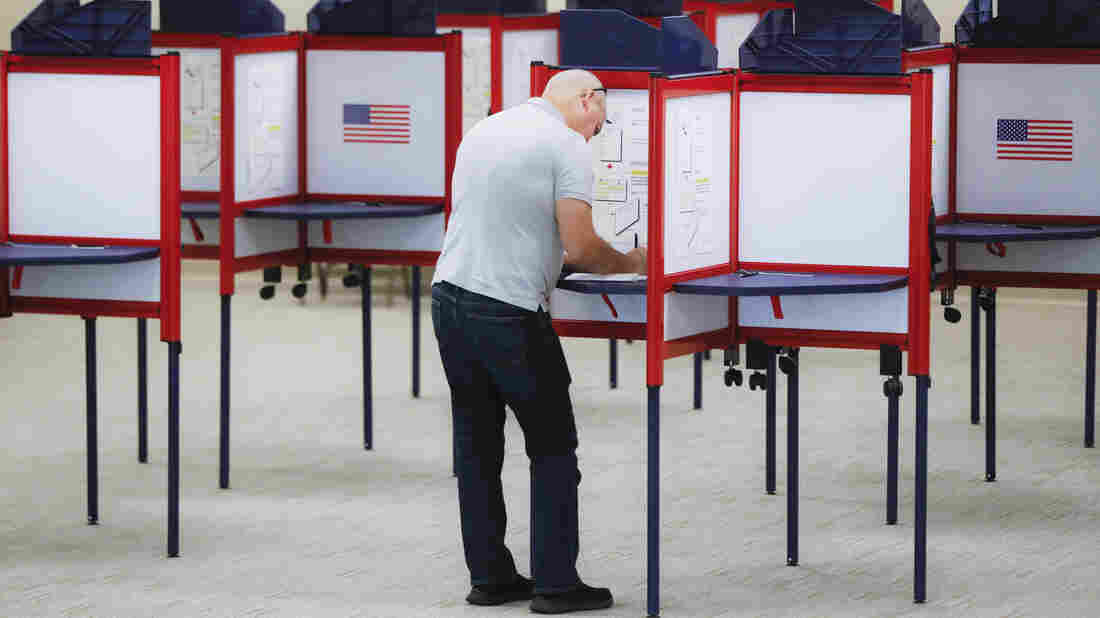 A voter fills out a ballot on the first day of early voting at the Hamilton County Board of Elections in Cincinnati last month. John Minchillo/AP hide caption 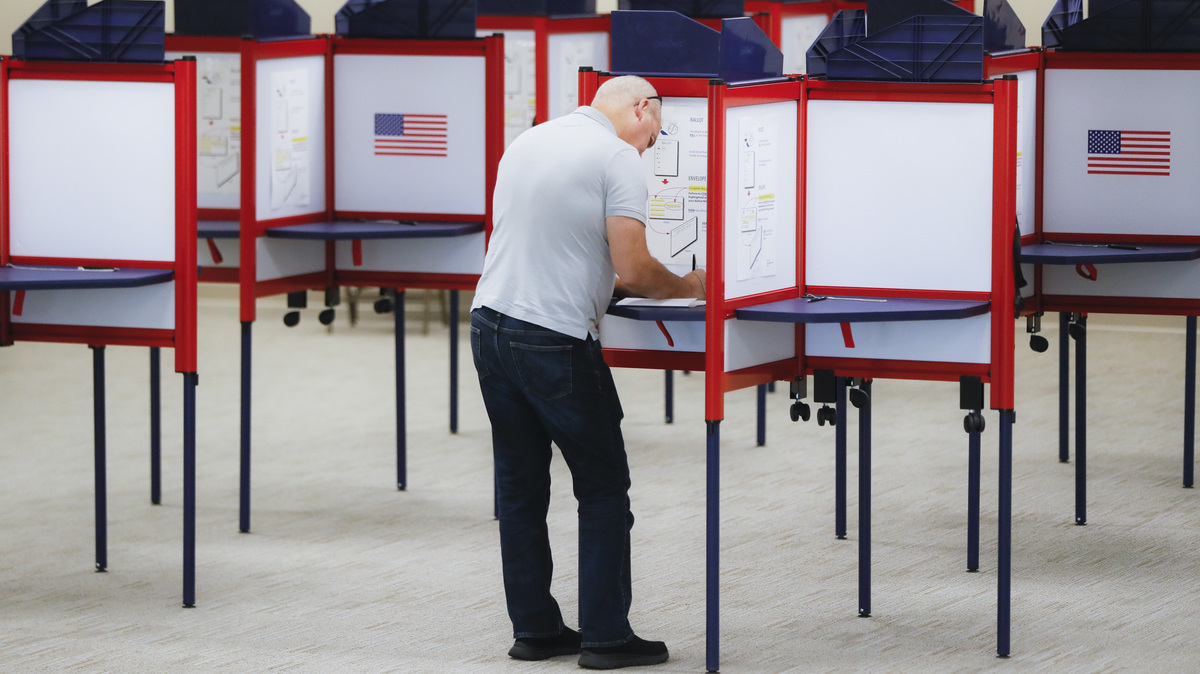 A voter fills out a ballot on the first day of early voting at the Hamilton County Board of Elections in Cincinnati last month.

In odd-numbered years, Election Day consists of a hodgepodge of state, local and special elections.

But in an era when, to flip an old phrase, all politics is national, these low-profile, low-turnout elections might have a lot more to say about the direction of the country than may have been the case just a few years ago.

Two governors races and one president in the background

The marquee races of 2017 are in Virginia and New Jersey where term limits mean that voters are picking new governors. While both races may have begun with an emphasis on statewide issues such as property taxes and education policy, in the closing weeks both have morphed into the latest test of President Trump's influence down the ballot.

One Gillespie ad accuses his Democratic rival, Ralph Northam, of casting "the deciding vote in favor of sanctuary cities that let illegal immigrants who commit crimes back on the street;" while a Guadagno ad says her opponent, Phil Murphy "doesn't have our backs. He has theirs," referring to violent immigrants in the country illegally.

Shut Out Of Power In D.C., Democrats Try To Make Inroads In Virginia This Fall

Likewise, Northam and Murphy are banging the anti-Trump drum loudly as a way to harness the energy of grass-roots Democrats in what are traditionally low-turnout elections. In Virginia, Democrats are banking on that energy to help them down the ballot and gain ground in the state Legislature, where Republicans currently hold a commanding lead.

While Murphy is highly favored to win in New Jersey, the contest between Gillespie and Northam has grown increasingly narrow. The outcome in Virginia could play a big role in shaping each party's message in the 2018 midterms. For Republicans, a victory by Gillespie could encourage congressional GOP candidates to fully embrace Trump's style of populism next year. Should Northam prevail, it could quell the ongoing debate in Democratic ranks about the extent to which the party should nominate more liberal versus centrist candidates.

The gubernatorial races aren't the only nationalized contests this fall. In Washington state, a special election in the Seattle suburbs has become a big-money slugfest as Democrats seek to wrest control of the state Senate from Republicans. It is the last legislative chamber the GOP controls along the West Coast. The implications could be significant for climate and gun control policies.

Trump is unpopular with much of the electorate but retains the loyalty of Republican voters. On Tuesday evening, we'll find out which side is the most highly motivated.

While odd-year elections aren't typically the venue for major ballot initiatives, there are a couple that bear watching on Tuesday.

Maine: Voters are being presented with the opportunity to bypass Republican Gov. Paul LePage's veto pen and approve an expansion of Medicaid under the Affordable Care Act. If the measure succeeds, Maine would be the first time a state has expanded Medicaid via a referendum and could energize organizers of similar campaigns for 2018 across the country, including in Utah and Alaska.

Ohio: Voters will weigh in on whether the state and its agencies should pay the same or lower prices for prescription drugs as the Veterans Affairs medical system. It's being described as the state's most expensive ballot measure with the pharmaceutical industry spending nearly $60 million to defeat it.

A very similar measure failed in California last year, but if this referendum succeeds, expect to see copycats pop up nationwide in 2018.

The state's last "con-con" was held in 1967 and produced an ambitious and highly liberal set of proposed changes to the constitution that was ultimately rejected by voters. Will the gridlocked and combative politics of 2017 lead to another convention, and could it hasten a push at the state level for a federal constitutional convention?

Odd-numbered election years are also when many local offices are decided. Among the highest-profile this year is the campaign for mayor of New York, where incumbent Bill de Blasio is seeking re-election.

Among the other big cities with mayoral races on the ballot are Atlanta, Boston, Minneapolis, New Orleans, Pittsburgh, Seattle and Charlotte, N.C.

With Democratic voters concentrated in urban areas, city governments have become increasingly drawn into the country's culture wars over the past few years.

When the city of Charlotte approved an LGBT nondiscrimination ordinance in 2016, it sparked of a statewide and, then, national debate about transgender rights and the limits of local control. More recently, many big cities have sought to protect residents who are in the country illegally from Trump's immigration crackdown.

Further down the ballot, a major issue in smaller communities and lower-profile contests is even finding candidates who are willing to stand for office in what are often volunteer positions.