Accessibility links
A Math 'Gimmick'? GOP Proposes Creating New Tax Policies, Then Letting Them Expire Republicans set up some of their most-touted tax overhaul ideas to expire in five years, but it's possible they have no intention of letting those proposals die. 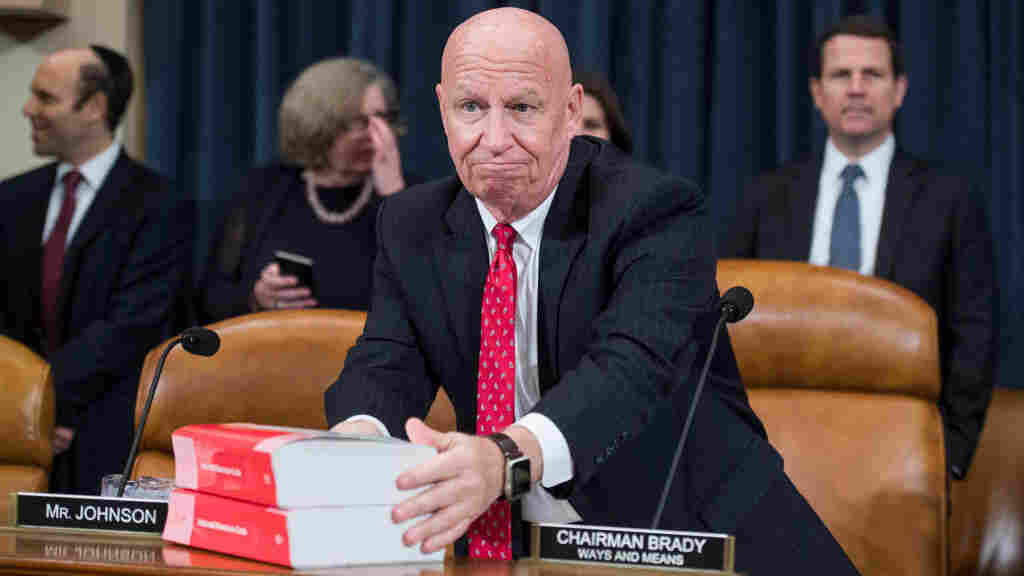 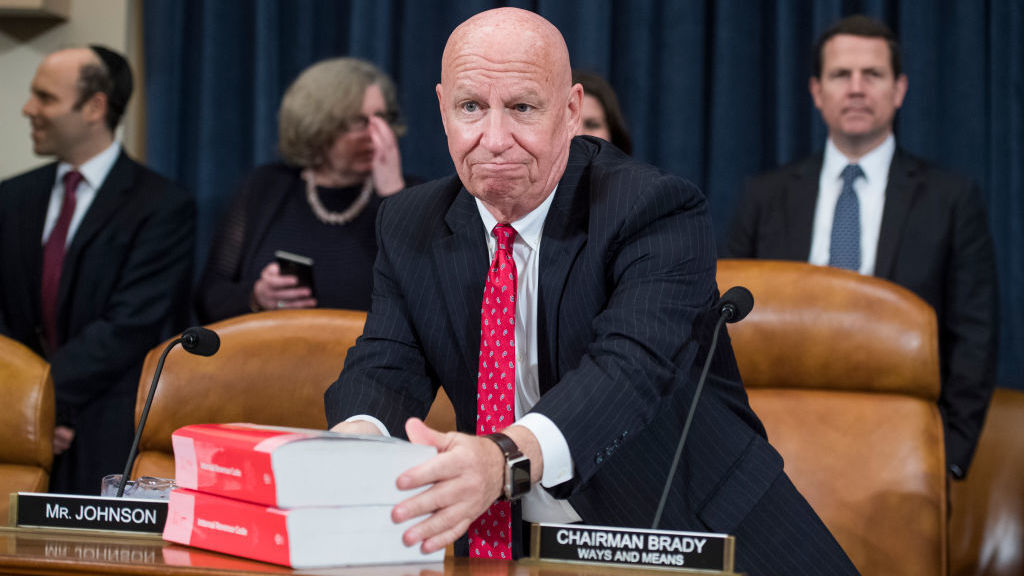 Were the GOP tax bill to pass as is, taxpayers and their spouses would get a $300 credit per year, as would families for nonchild dependents — for five years.

And it would allow businesses to immediately deduct the costs of business investments from their taxable income, a practice called "full expensing" — likewise, for five years.

And then it would end the estate tax, starting in six years.

In pushing their new tax plan, Republicans have touted these policies as boons for the economy. Full expensing for businesses could boost economic growth, and the tax credit would help middle-class families, they argue. In addition, conservatives have long said they think the estate tax is double taxation.

But all of that raises a simple question: If something is a good idea, why do it for only a few years?

The simple answer may be: They are just getting the math to add up.

"There are sometimes policy reasons for temporary provisions," said Doug Holtz-Eakin, director of the Congressional Budget Office during the George W. Bush administration and now the president of the right-leaning American Action Forum. "In this case, I think it's fair to say this is largely driven by the requirement that you cannot create $1.5 trillion in additional deficits over 10 years."

Holtz-Eakin is referring to the fact that Congress recently passed a budget blueprint that would allow a tax overhaul to add $1.5 trillion to the deficit over a decade — the standard length of time over which the CBO scores a policy's impacts on the budget. That budget framework would allow a tax bill to pass with just 51 votes in the Senate, instead of the usual 60. Republicans hold 52 seats.

And while that kind of deficit growth worries lawmakers on both sides of the aisle, it also constrained what could fit into the tax bill.

It's not that the policies themselves are that controversial — at least, not among conservatives. Especially on the right, many would argue in favor of policies like the new tax credit or expensing for businesses.

How The Republican Tax Plan Would Impact Middle-Class Households

How The Republican Tax Plan Would Impact Middle-Class Households

"Expensing itself has its detractors of how effective it would be," said Marc Goldwein, senior policy director at the Center for a Responsible Federal Budget, a Washington nonprofit that advocates for smaller deficits. "But it's sound theory that expensing should increase investment, which increases economic growth and is good for the economy overall."

And it's not just conservatives who back the policy: Jason Furman, former chair of the Council of Economic Advisers in the Obama White House, likewise championed the policy earlier this year.

The idea is pretty straightforward: Expensing encourages a business to invest more, expanding the business and growing the economy.

Only allowing it temporarily, though, has made some experts scratch their heads.

"One theoretical justification for temporary expensing is that if you're in a recession and investment is really low relative to what the economy's potential should be," Goldwein said. "A. That would justify a one-year policy, not a five-year policy. And B. I'm not sure you've seen the employment numbers, but we're at full employment." The unemployment rate for October was 4.1 percent, a 17-year low.

For its part, the CRFB has blasted temporary expensing as a trick meant to get the budgetary math to work out.

"Not only is temporary expensing a budget gimmick, it is also poor tax and economic policy," the group wrote in a recent blog post. It estimated that keeping expensing in place for five years would cost $300 billion, compared with a $900 billion price tag if it were in place for 10 years. (Congress' nonpartisan Joint Committee on Taxation was much more conservative in its estimate, saying five years of expensing would only add $25 billion to the deficit over 10 years.)

Only ending the estate tax after six years — as opposed to immediately — may also have been a way to squeeze a few more dollars of revenue into the tax plan.

How Trump Has Put His Mark On Policy, Slowly

Likewise, making a credit permanent could make some sense in terms of helping cancel out some other tax bill changes, like the (permanent) elimination of personal exemptions — a set amount taxpayers get to subtract from their taxable income for themselves and for dependents. And a temporary $300 credit for parents and nonchild dependents could be considered a shot in the arm of an anemic economy.

But once again, the current economy is not anemic, as President Trump often reminds Americans.

Congress has passed temporary tax changes as a way to jolt the economy to life before. Holtz-Eakin pointed to a reduction in payroll taxes that lasted from 2011 to 2013, as the economy struggled back from a deep recession. That was passed explicitly as a way to temporarily boost a weak economy, but when it expired, working Americans still experienced it as a tax increase. So a fight over extending it became a big part of the already contentious "fiscal cliff" debate that took place at the end of 2012.

And that brings us to more potential danger in these temporary provisions, beyond any potential gimmickry: uncertainty.

"When tax experts talk about the principles that make for a good tax cut, they'll often mention stability — the idea that taxpayers should be able to accurately predict future federal tax rules when they're making decisions today," said Scott Greenberg, senior analyst at the right-leaning Tax Foundation.

But it's not just personal uncertainty, he added.

"It also creates an uncomfortable political situation," he said. "The U.S. political system does not necessarily work better when there are high-stakes, must-pass bills like expiring tax provisions."

That could mean members of Congress should mark their calendars for some late December 2022 wrangling if they think these measures will pass.

Then again, said one expert, all this could just be a way to introduce policies that many lawmakers would eventually like to be made permanent.

"Since the House leadership hasn't provided any rationale why these provisions would be temporary and the economic case for temporary expensing in the current economic environment is quite small," the CRFB wrote in one analysis, "it seems likely that the expiration date is intended to artificially reduce the cost of this bill and set up a costly extension later."

A business tax break known as "bonus depreciation" is one example pointed out by Chuck Marr, director of federal tax policy at the left-leaning Center on Budget and Policy Priorities. It creates incentives for companies to invest in new equipment and was first passed as part of the 2009 stimulus bill. "It's been extended, extended, extended," Marr said. "These things tend not to go away."