Accessibility links
GOP Tax Bill Could Pass The House By Next Week A committee vote is expected this week that would send the bill to the full House for a vote. Meanwhile, Senate Republicans are releasing their version of tax legislation in the coming days.

GOP Tax Bill Could Pass The House By Next Week

GOP Tax Bill Could Pass The House By Next Week 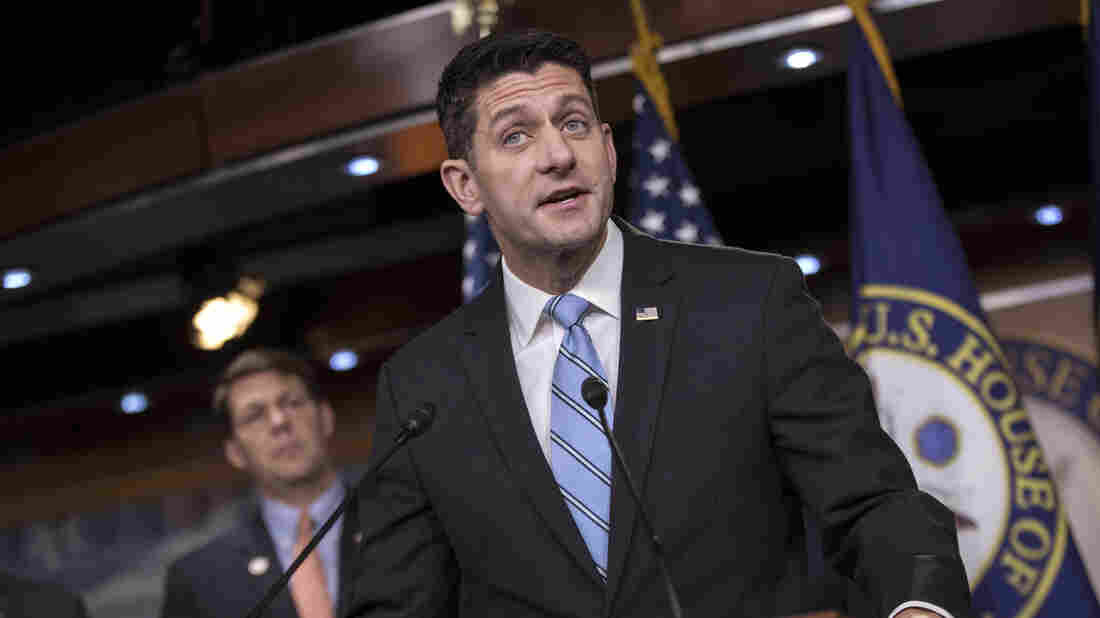 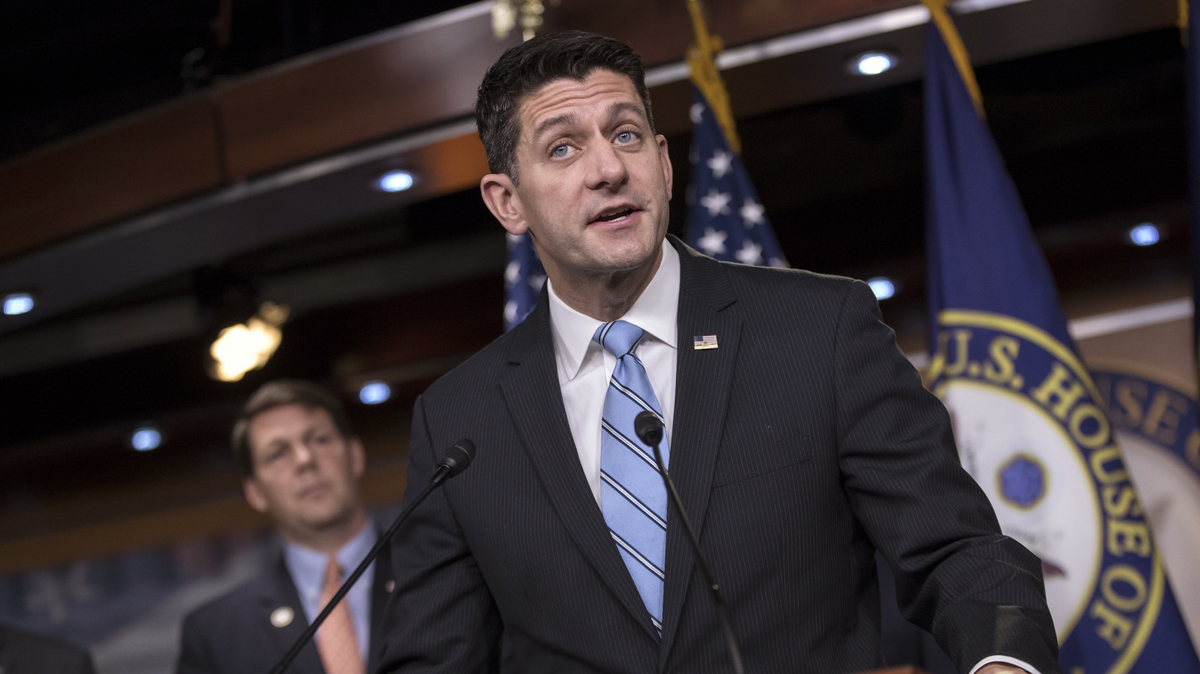 House Speaker Paul Ryan talks about the GOP tax bill during a news conference at the U.S. Capitol on Tuesday.

House Republicans made steady progress Tuesday on their goal to pass a sweeping tax bill in their chamber by Thanksgiving, as Senate leaders prepared to release their own tax legislation later this week.

The quick progress comes as Republicans race to pass steep tax cuts into law by Christmas to meet a deadline set by President Trump. But significant challenges lie ahead as Republicans try to avoid repeating the bitter party infighting that doomed earlier attempts to pass a GOP health care bill.

House Speaker Paul Ryan, R-Wis., said the House plan to cut taxes for most American businesses and individuals was shaping up to be "the kind of relief that people need."

"It levels the playing field for our business so they don't ship jobs overseas anymore," Ryan said at a weekly press conference. "And it gives hardworking taxpayers in the middle the kind of relief that they need to get ahead."

The House Ways and Means Committee is expected to approve that tax bill within the next several days, paving the way for a full House vote as early as next week.

Senate Majority Leader Mitch McConnell, R-Ky., told reporters that the Senate is also on an aggressive path, with a plan to release its own version of a tax bill by the end of the week. The Senate Finance Committee aims to release its bill Thursday and start hearings on the legislation as early as the following week, according to several committee members. If the Senate and House each pass their own tax bills, they would then go through a conference to reconcile the differences before a final bill could be passed and sent to President Trump to be signed into law.

Republicans view passing a tax bill this year as a political imperative that is necessary to prove their ability to govern. They worry that a failure on taxes could give voters a reason to abandon them in the 2018 midterm elections.

Arguments have emerged within the GOP over policy details, like a proposed cap on the mortgage interest deduction and the elimination of credits for most taxes paid to state and local governments.

House leaders are confident they can overcome the concerns and pass a bill by the end of the month. But internal party bickering could make it difficult for the Senate and House to reach an agreement on a final bill.

Senate Finance Committee Chairman Orrin Hatch, R-Utah, said Tuesday that he would review the House GOP proposal but would not endorse the bill entirely.

"We're going to look at the House bill first and certainly try to take everything we can from that bill and go from there," Hatch told reporters. "There may be some differences, sure."

Senate Republicans have generally avoided taking a formal position on the House bill as they await their own alternative. Behind the scenes, some members have expressed concerns that moderates in the Senate could reject attempts to scale back mortgage benefits and other tax breaks typically used by upper-middle-class families. Conservatives have their own concerns that the House bill would add too much to the deficit.

That split could be perilous in the Senate, even under special budget rules that would allow the GOP to pass a tax bill with 50 votes instead of the 60 needed for most other legislation. Republicans control 52 seats in the Senate, leaving only a slim margin of error.

Earlier this year, the Senate passed legislation that would allow tax writers to add $1.5 trillion to the deficit over 10 years, upsetting deficit hawks like Sens. Bob Corker, R-Tenn., and James Lankford, R-Okla., who want to rein in the debt.

"I'm actually not comfortable with increasing the debt," Lankford said Sunday on NBC's Meet the Press. "I want to make sure we have reasonable assumptions in the process for growth estimates."

The House legislation narrowly meets the Senate deficit requirements, according to official congressional scorekeepers at the Joint Committee on Taxation. But there is evidence that the GOP may have overestimated the amount of economic growth the bill can achieve. A recent study from the conservative Tax Foundation found that House plan would still cost the federal government nearly $1 trillion over a decade, even after accounting for economic growth.

Ryan downplayed those concerns Tuesday, telling reporters he remains confident that the bill will grow the economy as projected.