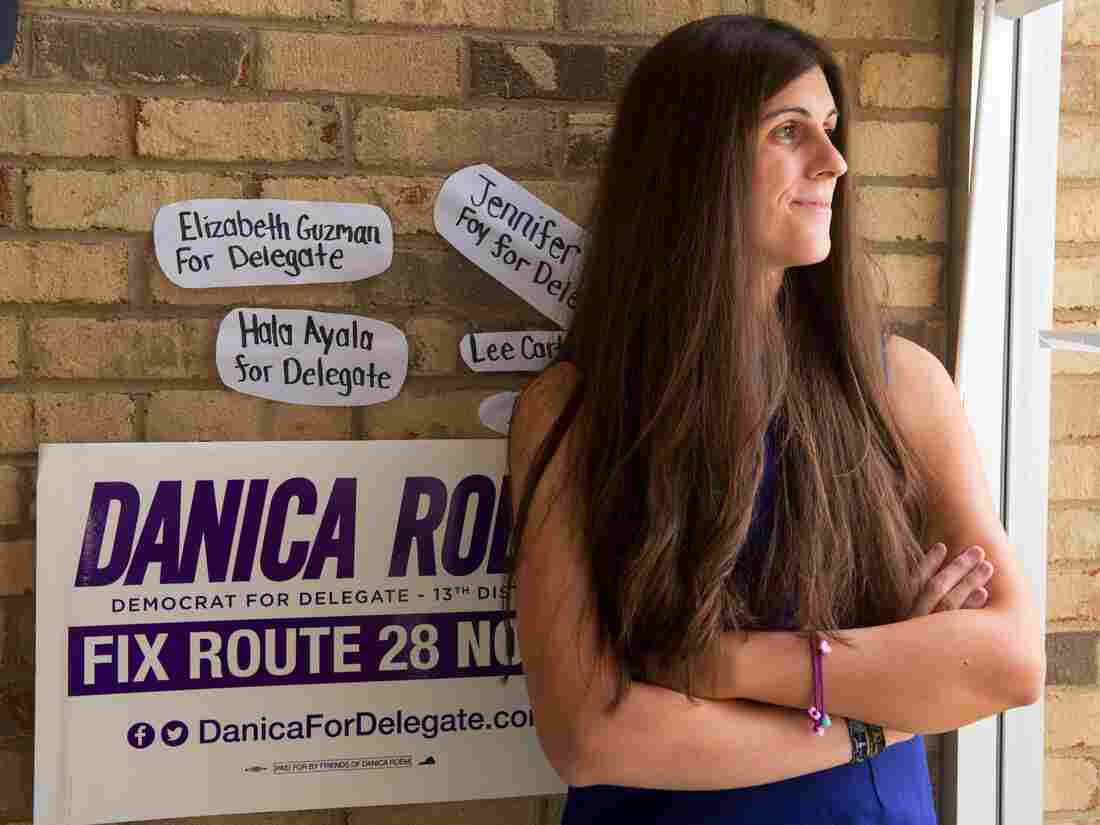 Danica Roem, a Democrat who won a race for delegate in Virginia's 13th Congressional District, at her campaign office in September. Roem is the first transgender person elected to a state legislature. Paul J. Richards/AFP/Getty Images hide caption 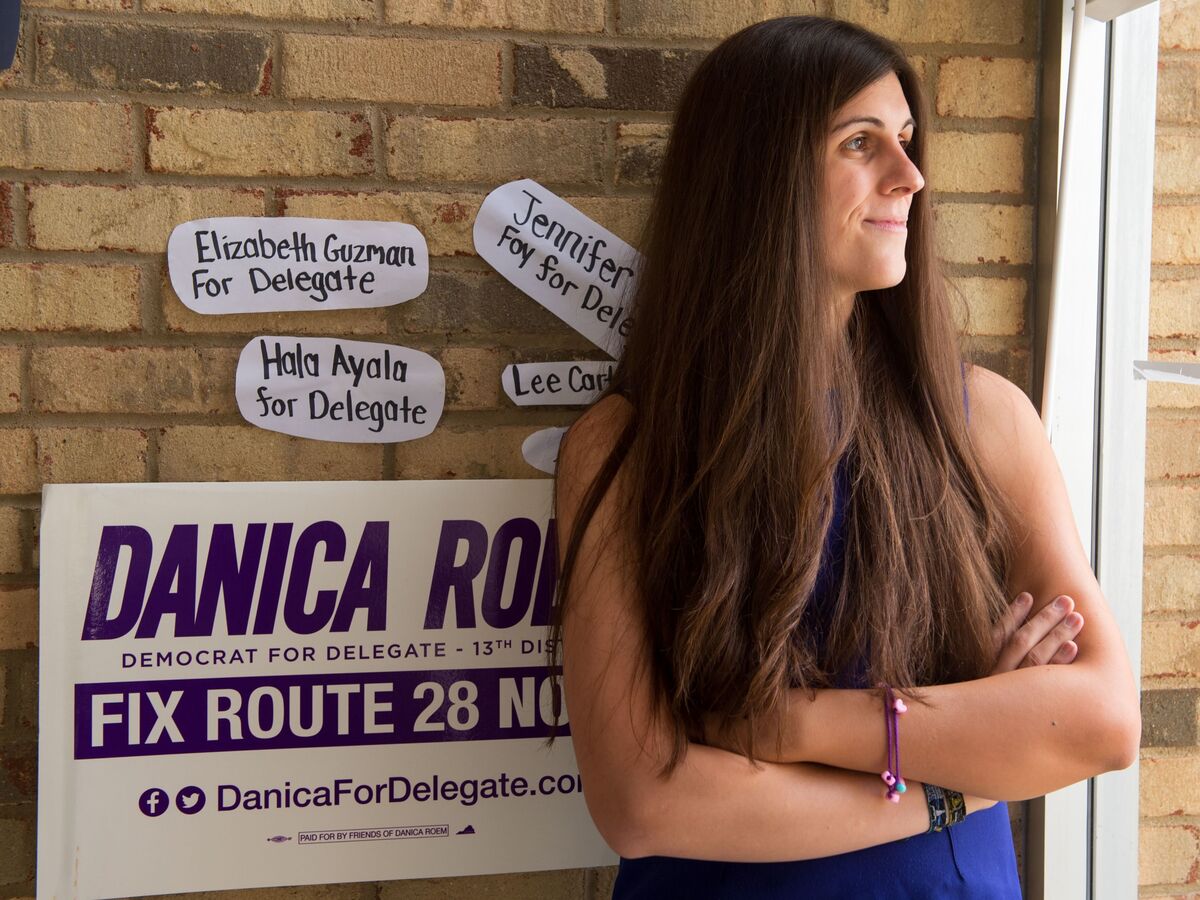 Danica Roem, a Democrat who won a race for delegate in Virginia's 13th Congressional District, at her campaign office in September. Roem is the first transgender person elected to a state legislature.

A transgender woman has won a seat in Virginia's House of Delegates. Danica Roem defeated an incumbent who had sponsored a bill earlier this year that would have restricted which bathroom transgender people could use.

It's the first time someone who's said they were transgender has been elected to a state legislature.

Roem, a Democrat, decisively defeated Republican Del. Bob Marshall in a Northern Virginia district near Washington, D.C. Marshall had held the seat since 1992 and had been a prominent religious conservative in Virginia politics.

The race was one of this year's most high profile, drawing national and international attention.

Marshall refused to debate Roem and said in an interview earlier this year that "Danica clearly is out here doing this for making a marker in the national character that you can engage in this behavior — which clearly goes against the laws of nature and nature's God — and hold public office to make decisions on behalf of the common good. ... That is what is kind of at stake here."

The Republican Party of Virginia also paid for a mailer referring to Roem as a man.

Roem's campaign focused on fixing traffic issues and improving schools in her district. She hopes to fix congestion along a claustrophobic section of road in suburban Virginia. She rarely made her identity a topic on the campaign trail.

"What motivates me to run is the fact that my mother has been commuting up and down Route 28 for more than 30 years ... and Del. Marshall cares more about where I go to the bathroom as a transgender woman than how his constituents get to work," she said on WAMU's Kojo Nnamdi Show in July.

"I would say that I didn't recruit her because she is a transgender woman," Shaw said. "I recruited her because of her credentials."

Roem is also the first metal vocalist elected to Virginia's House of Delegates. Her band, Cab Ride Home, has been releasing party anthems since 2009, with song names like "Drunk on Arrival" and "The Barstool Memoirs Volume 2." In an interview earlier this year, she asked: "Just because I sing in a heavy metal band while spinning my head in circles and getting paid to do it, why can't I run for government? Why would I have to change who I am in order to run for government? I've already had to go through transformative change."

Before running for office, Roem worked as a newspaper reporter. That experience, she said in a recent interview with NPR, would make her a better lawmaker.

"I've dedicated my professional career to vetting information ... and then reporting the truth as it is, not what other people hope it should be," she said.

Buoyed by the strong showing on Lt. Gov. Ralph Northam's gubernatorial campaign, Democrats performed strongly down the Virginia ballot and, as of Tuesday evening, were on the cusp of winning a majority in the House of Delegates.