Accessibility links
Kal Marks, The Loudest Band In Boston, Goes On A New 'Adventure' For its new album, Universal Care, Kal Marks decided to get uncomfortable by reeling the noise in — and they hit a sweet spot in the process. 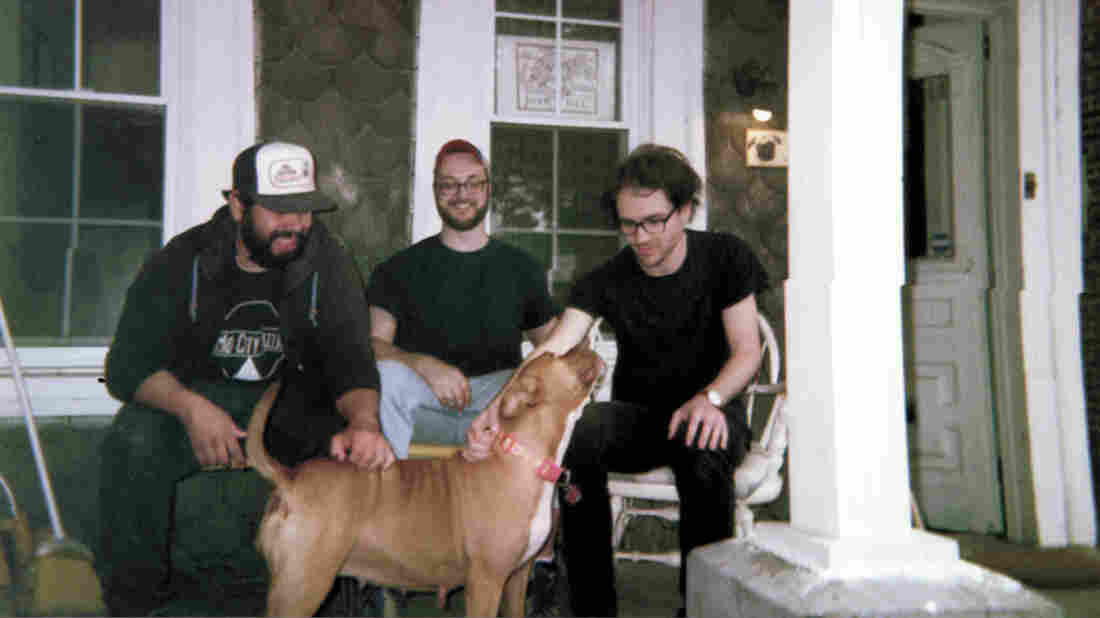 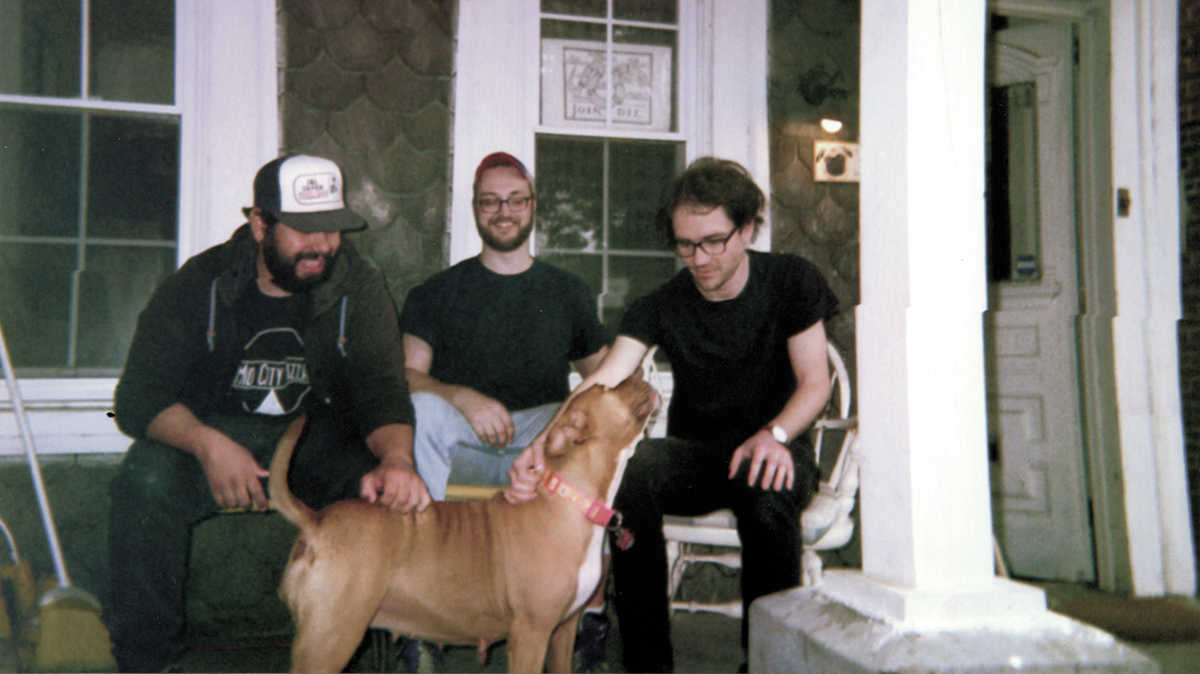 For years, Kal Marks was the loudest band in Boston. Though it's hard to fathom, as bands like Pile hammered away on post-hardcore songs and Guerilla Toss shrieked through electronics-driven art-rock, Kal Marks charged through songs of exhaust and hopelessness from behind a wall of amps, a fervor that other artists couldn't match. The trio prioritized volume over all else — it's been their shtick, if it's fair to call it that — and frontman Carl Shane has no problem saying such. (As he once quantified it, "We're the band metalheads come up to after shows and just go, 'Solid.'") It's a composition style they perfected, so when it came time to record their fourth album, Kal Marks decided to get uncomfortable by reeling the noise in. They hit a sweet spot in the process.

"Adventure," the first release from their upcoming album Universal Care, fulfills expectations of intensity in a different way than 2016's Life is Alright, Everybody Dies did, both in outlook and in delivery. The song begins in unexplored territory for Kal Marks — a wall of shoegaze guitar. Singer-guitarist Carl Shane, bassist Michael Geacone and drummer Alex Audette slam into their instruments, but the pedals and production tweak it so that the sound forms a thick, gray haze instead of a clear tower of rock. The changeup recalls a clearer vision of Lilys or the darker side of A Place to Bury Strangers. That is, until Shane's voice wipes away the fog. Geacone and Audette tone it down in his footsteps, and suddenly Kal Marks doesn't feel so aggressive. Instead, the music focuses on placating, deconstructing itself to work through problems instead of revisiting past woes on loop.

The old version of Kal Marks would be happy to know that the trio's trademark intensity is still present, at least in the lyrics. There's a density in Shane's words here, as he sings about expecting whatever tribulations life hands him; they're a part of growing up. "See, there's nothing to fear / The whole world has turned against you," he sings, anticipating life's inevitable valleys. And come the end, he realizes it doesn't have to get the best of him, which is the most monumental offering he could conclude with. "Still, I'd want to see you tonight / And I can't promise you an answer," he yells. "All I know is it's worth the adventure."