Accessibility links
In 'Mayhem,' Office Workers Try To Get Ahead In Business Without Really Dying A virus causes a law firm to descend into bloodsport in this B-movie splatterfest starring The Walking Dead's Steven Yuen.

In 'Mayhem,' Office Workers Try To Get Ahead In Business Without Really Dying

In 'Mayhem,' Office Workers Try To Get Ahead In Business Without Really Dying 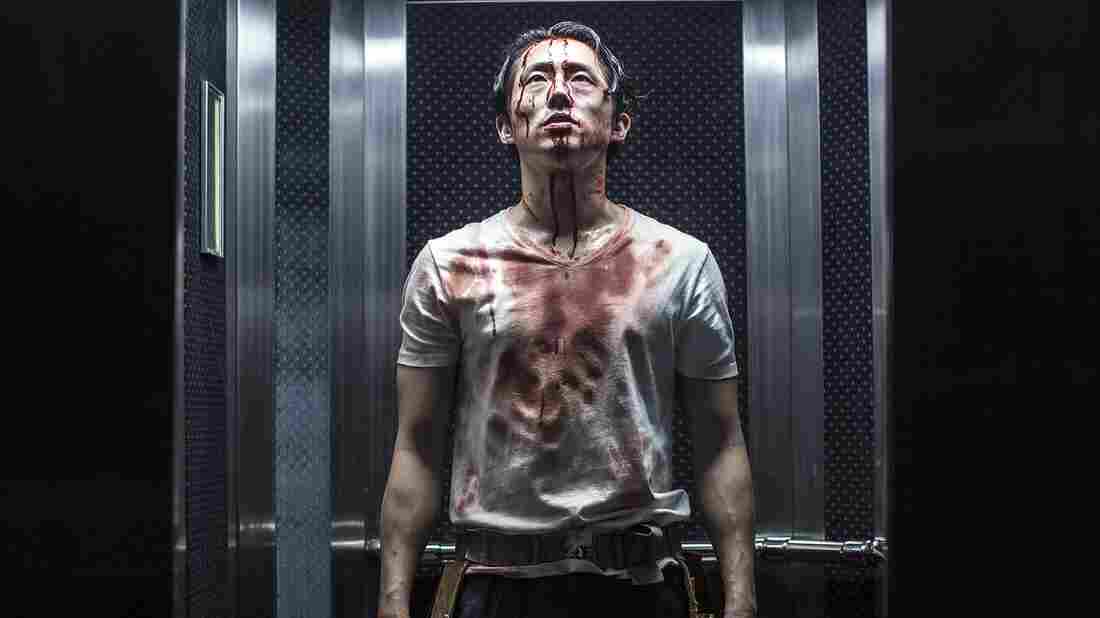 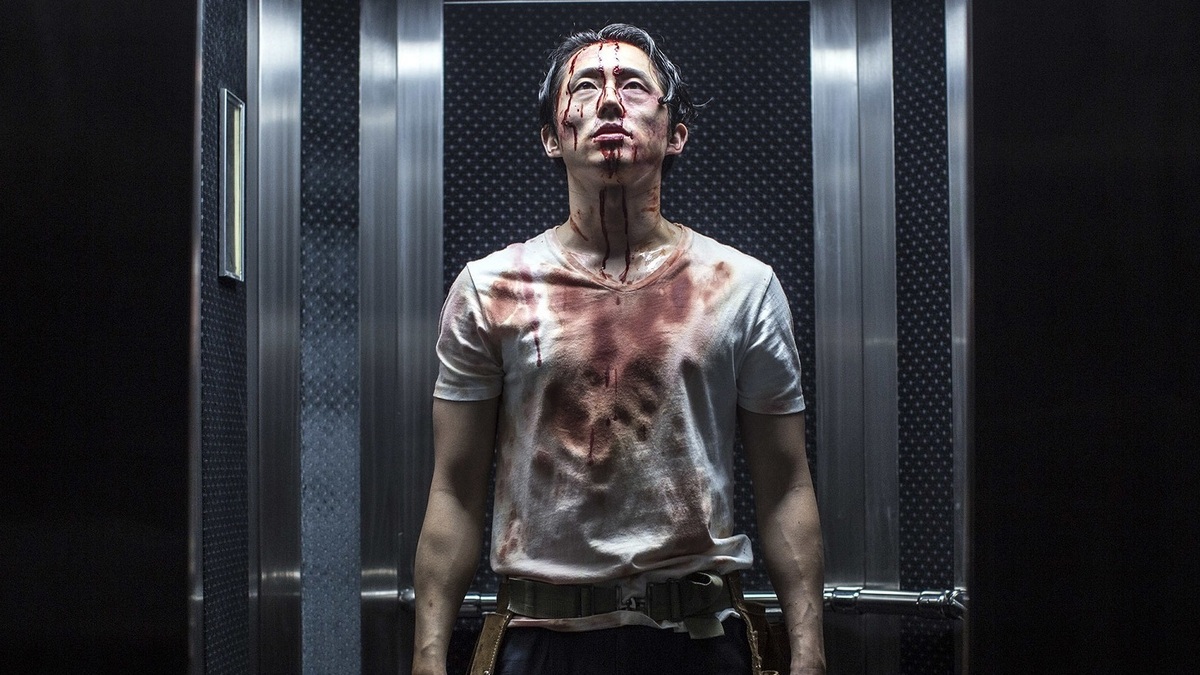 There's always been a special, red-stained place in our culture for the splatter film, which has the unique power to reveal society's, um, insides.

But the current state of the world is threatening to put the genre out of work. John Waters's Serial Mom and Bobcat Goldthwait's God Bless America were both about everyday people going on murder sprees over petty grievances, but one came out in 1994 and the other in 2011, and in-between the concept of the out-of-nowhere mass shooter morphed from a horrifying anomaly to a fact of American life.

So it's possible to see how a massive slaughter of obnoxious coworkers could be played for comedy or catharsis ("that's for taking my parking spot every day, Gerald!"). But the more violent we become as a society, openly and unrepentantly, the less of a need exists for the movies to show us how much blood is in our own bodies and souls. We can see it ourselves, flooding our streets and schools and churches.

All that's pretty unfair to put on the back of the brisk, low-budget gorefest Mayhem, a Corporate America deathmatch that's like The Raid meets Office Space. Under director Joe Lynch, the film would like to be remembered as a midnight oddity, or as a prank to pull on Accounting during their monthly movie night. Yet one of the reasons we likely remember Office Space so fondly is because its heroes took their most homicidal aggressions out on the printer.

In Mayhem, a virus turns the employees of an ordinary, overworked law firm into rage-induced killing machines, and we can pick out the infected because one eye turns red and splotchy. But the virus and the pink-eye is practically unnecessary, because we already believe that everyone in this company is capable of murder. The film is over-the-top right out of the gate: the CEO is a coke-snorting maniac, the C-suite exec jogs at her treadmill desk as she berates her assistant, the HR rep is a sniveling Grim Reaper type who dresses in black and walks with a cane. All that's left is the fuse, the pathogen that forces them all to quarantine in the building for eight hours, and suddenly those sharp office supplies look pretty tantalizing.

At the center of the carnage is put-upon hero Derek. He's played by Steven Yeun, who was sent to Walking Dead Heaven last year, allowing his charming smile and vague sense of menace to fill other projects. (Yeun was so magnetic in his small, bilingual role in this summer's Okja, it was hard not to wish for a spin-off movie centered around him.) Derek is a mid-level attorney with the wounded soul of a pencil-pusher, meaning he stands up for the underdog and paints in his spare time, although the most cutting satire in the film might be the fact that all of his paintings are of his coworkers.

When Derek, already an irritable mess obsessed over a missing coffee cup, discovers he's been set up as the fall guy on a case that's doomed to fail, he tries to beg mercy from "The Nine": the company's suited, stern-faced board of directors, who have locked themselves away in a far-away floor that requires special keycards to enter. But before he can reach them, the pandemic hits (side effects may include "involuntary, aberrant, shocking impulses," a.k.a., bloodlust with a side of sex) and the cubicle farm turns into a warzone. Derek teams up with Melanie (Samara Weaving), a screwed-over former client who's on her own death march, and together the pair go medieval on the org chart, collecting the keycards that will fast-track them to the top.

Shot in bright colors so we know it's a joke, the action sequences are goofy but often clumsily staged. For how much is going on, with nail guns and scissor-stabbings and one very unconvincing dislocated tongue, the chaos can feel as sterile as a Wednesday morning meeting. This is very much B-movie capitalism: The golf club-toting boss (Steven Brand) mourns the unintended death of a beloved employee by howling, "Do you have any idea how many man-hours I'm gonna lose?" And then there's the attempt to give us one of those fan-favorite kick-ass blondes, so awkward and thudding that it just might be a parody of a male screenwriter's idea of a kick-ass blonde. ("Hey guys, what if we let her say the p-word?")

To be fair, although Mayhem's product is wall-to-wall violence, it's of the Wile E. Coyote variety — they're not taking it seriously, and neither should we. Splatter-film violence is distinct from regular movie violence in that it has no basis in reality, which in turn frees it from moral responsibility. But reality's catching up quick, and it's getting harder to laugh.