A Young Woman Gains Independence — And More — In 'Thelma'

A Young Woman Gains Independence — And More — In 'Thelma' 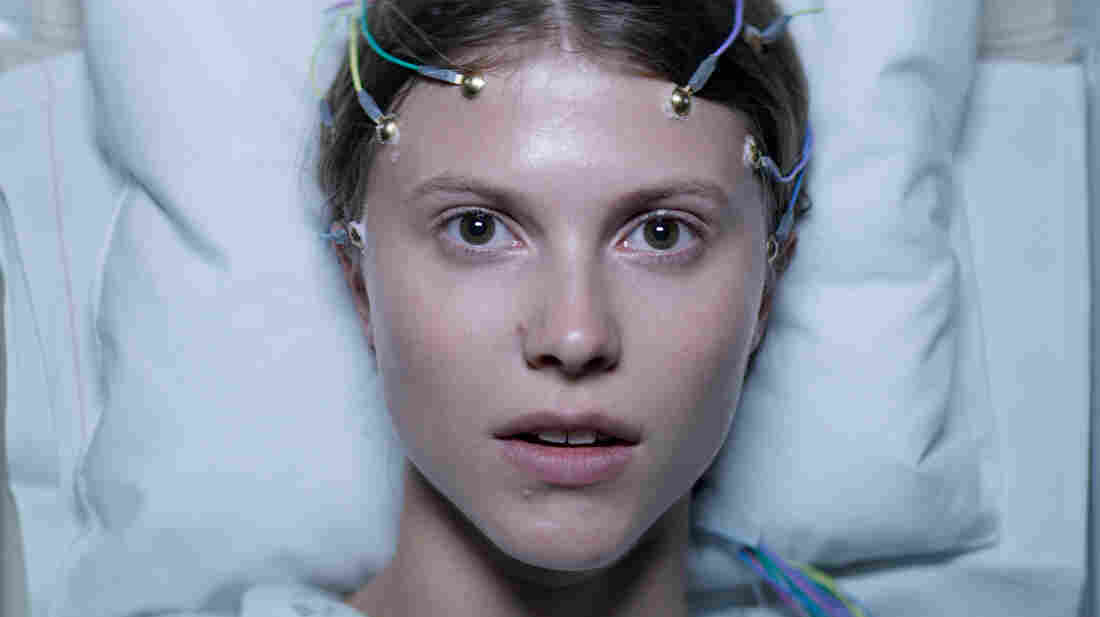 How Do You Say 'Carrie' In Norwegian?: Eili Harboe's Thelma gets hooked up in Thelma. The Orchard hide caption 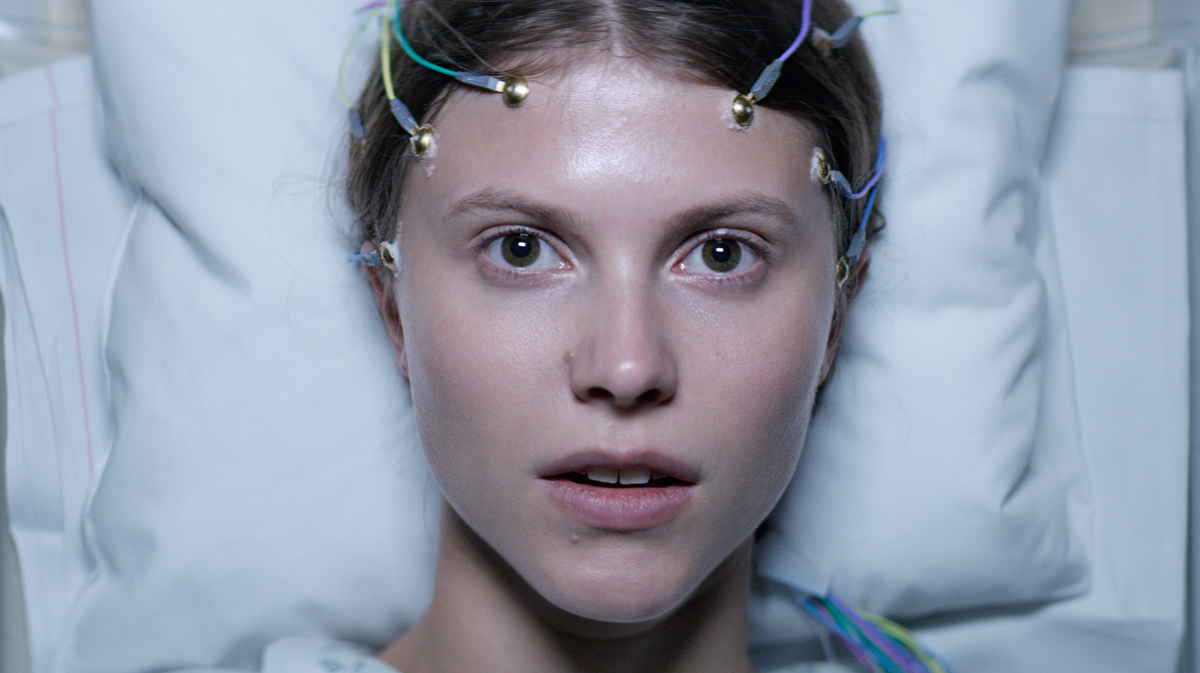 How Do You Say 'Carrie' In Norwegian?: Eili Harboe's Thelma gets hooked up in Thelma.

The protagonist of Thelma is immensely powerful. But does teenage Thelma (Eili Harboe) derive this mojo from her budding sexuality? Does the woman, just beginning college in Oslo, squeeze demonic juice from rejecting her parents' austere Christianity? Is the small-town naif's chandelier-shaking force a medical matter?

Or is Thelma just a fledgling filmmaker?

In his four features, Thelma director Joachim Trier has demonstrated that he's no exponent of naturalism. His influence over his characters is always evident, and the scripts he writes with regular collaborator Eskil Vogt exult in artifice.

Thelma is a bit like her creators, although she doesn't comprehend her own aptitude for manipulating people. When her abilities manifest themselves, she's terrified. Fear is a central motif of Thelma, which is something of a horror movie. The gore is limited to one nosebleed, which picturesquely splashes red into a glass of milk. But Trier deploys other ominous stuff, including snakes, flames and guns. In the supremely disturbing prologue, a man points a rifle at a little girl, although he doesn't pull the trigger.

Thelma has never drunk alcohol or smoked pot when she arrives at the university her helicopter parents (Ellen Dorrit Petersen and Henrik Rafaelsen) have reluctantly let her attend in the big, bad city. Wearing a small cross around her neck, she explains her abstemious lifestyle to fellow students who are incredulous, yet unable to out-debate her. It's jarring when Thelma simply shows up at party sporting bright lipstick.

Has Thelma ever had a boyfriend? Probably not, since the thing that utterly destabilizes her is attraction to a female classmate, sophisticated and exotic Anja (Kaya Wilkins). Thelma knows mom and dad would not approve.

Grasped by lust, Thelma begins to have seizures which threaten herself and others, and lead to a course of eerie medical tests, as well as some theological speculation. (In the end credits, Trier and Vogt detail their research into epilepsy and its historical links to supposed witchcraft and demonic possession.) Science and magic duel for control of the overloaded scenario, in which Thelma's father is both a doctor and a fundamentalist.

With her life in chaos and her classmates in peril, Thelma returns to her parents' rural home. There, with the help of flashbacks, much is revealed. Among the assumptions to be questioned is the reason for mom and dad's protectiveness.

Trier is a ingenious filmmaker, and he makes Thelma visually compelling even when the story lazily turns to the usual scare-flick tropes. The viewpoint switches fluidly between sweeping and intimate, much as the tone alternates between offhand and portentous. This not Trier's first movie to neatly emulate an adolescent's mercurial, egocentric outlook.

This time, though, Trier gives too much weight to teenage grandiosity. In his first and still best film, 2006's Reprise, the director managed to be both serious and playful. Thelma would benefit from a similarly light touch.

Occasionally, the filmmakers do seem to be winking. In a tale full of possible drownings in pools and lakes — including one that's iced over — a doctor presiding over an extreme brain-scan instructs Thelma to "dive in" to her repressed memories. Under the circumstances, it's laughably bad advice.

Maybe the physician is just another of the movie's many control freaks. Thelma watches God, Satan, medicine, cinema, dear old dad, and a young woman's id simultaneously play 3D chess for the prize of a single soul. No wonder the outcome is a jumble.