Accessibility links
What 'Don't Worry, I'll Keep You Safe' Means When Your Child Survives A Shooting Josh Stepakoff remembers the day he was shot at his Jewish day camp in Los Angeles. He was 6. His father, Alan, recalls there was no manual on how to parent your child through something like that. 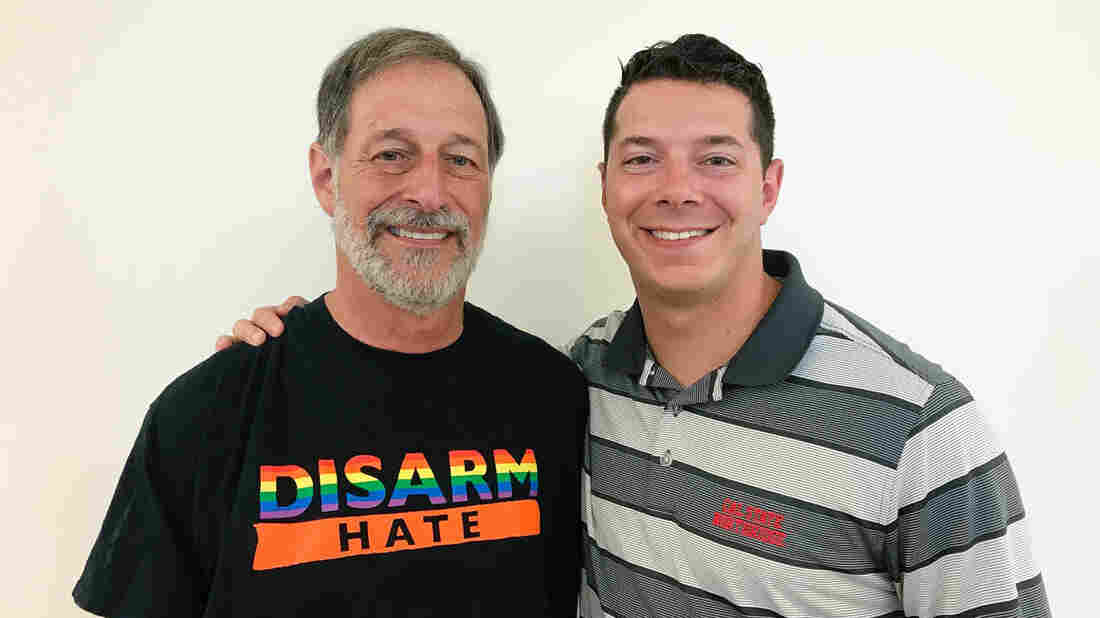 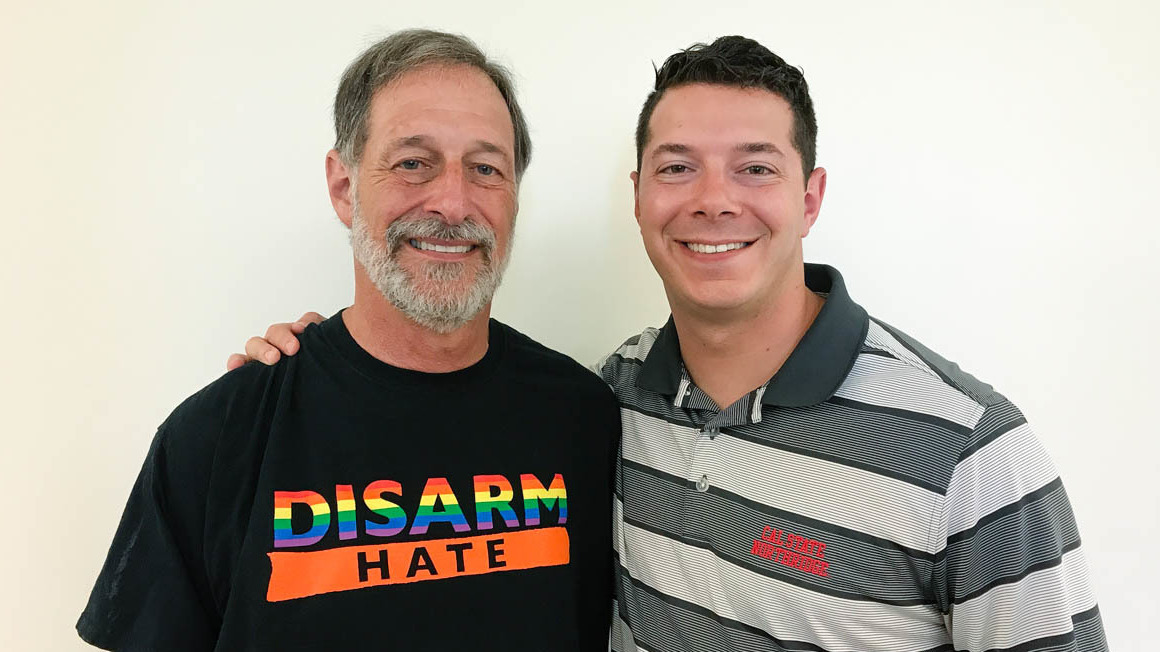 Alan Stepakoff (left) and his son Josh at StoryCorps in Los Angeles.

Josh Stepakoff was 6 years old in 1999, when a white supremacist opened fire on his day camp at the North Valley Jewish Community Center in Los Angeles.

Josh was shot in his leg and hip. The gunman wounded four others, and shot and killed another man a few miles away. The shooting was ruled a federal hate crime, and the gunman is serving life in prison.

"I remember playing capture the flag and I looked up and I saw somebody who was holding something at his hip. I thought it was a power drill," Josh, now 24, tells his father, Alan, at StoryCorps. "And then, the next thing I remember is getting up from the ground and running as fast as I could." 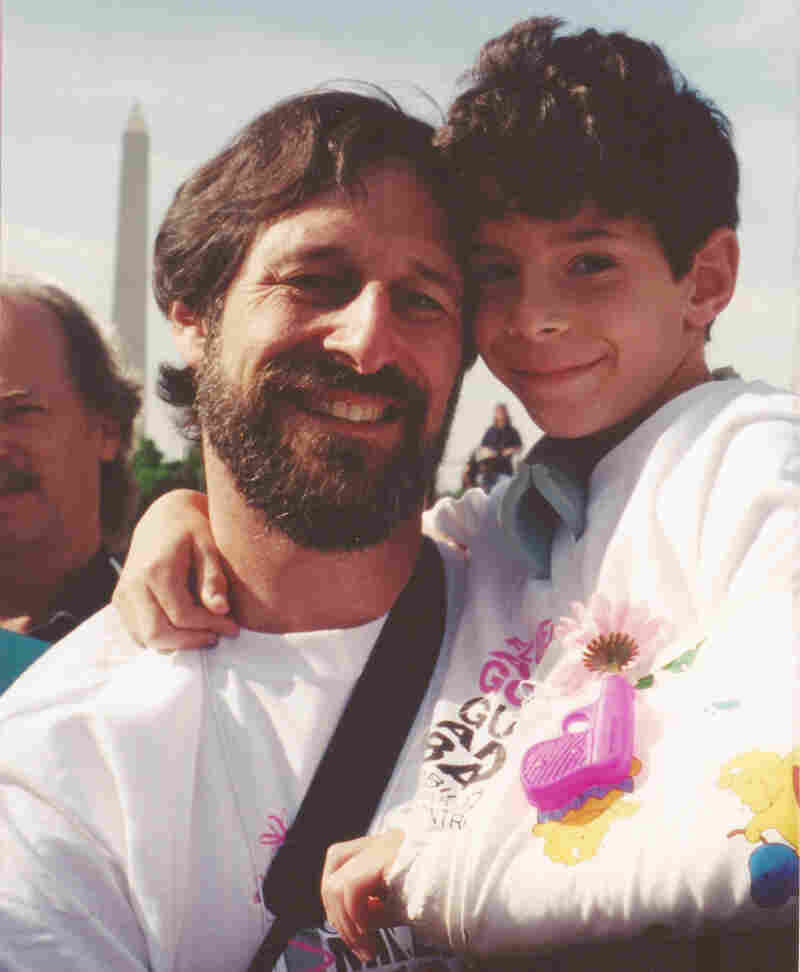 Alan Stepakoff and his son, Josh, in Washington, D.C., for the Million Mom March rally in May 2000, the year after Josh was shot at his Jewish day camp. Courtesy of Joshua Stepakoff hide caption

Alan, a 64-year-old father of two, remembers what started off as a normal day of parenting — dropping kids off at camp — ended up in a hospital room with his son. The gunman's "picture was on the TV, and you looked up at it and you said, 'That's the shooter,' " Alan tells his son.

He remembers that right after the shooting Josh was scared of helicopter sounds and loud noises.

"There definitely was not any manual of how to deal with this as a parent," Alan tells his son. "I don't know whether you remember, I took you to a Civil War reenactment, and when the cannons started firing, you jumped in my arms and we got in the car and drove as far away as we could."

One of the most difficult things for Alan, he says, was he could never assure Josh he could protect him.

"You know, I could never put my arms around you and say 'Don't worry, Josh, I'll keep you safe,' because I couldn't. I just thank God every day you weren't killed," he says. "I don't know whether you've ever envisioned yourself as a family man, married, children. Would you tell this to your child?"

"I go back and forth with that. I think about it a lot," Josh says. "I think about my child's 6th birthday and what that will be like for me. I don't know."

Josh has a bachelor's degree in psychology and is now in graduate school working on his master's in clinical psychology. Does he see himself counseling other shooting victims?

"Half of me says yes and half of me says no, partially because I almost think that I won't be able to differentiate my life from theirs," Josh says. "But nobody tells you what to expect after getting shot, and so the other part of me just so badly wants to be a light in someone's life when they think it's dark."

What One Family Lost In Pulse Nightclub A Year Ago