Accessibility links
The Case For 'Grey's Anatomy,' 300 Episodes In Aside from an episode recap or a mention of the latest character Shonda Rhimes has written off, critics don't pay much attention to Grey's. But there's a reason it's still so popular. 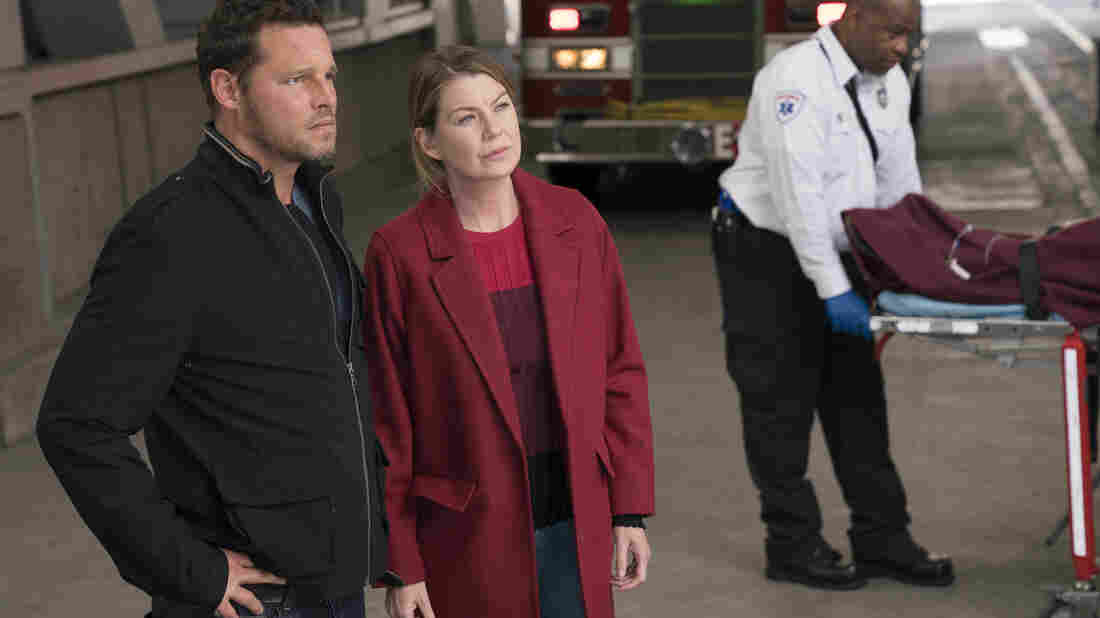 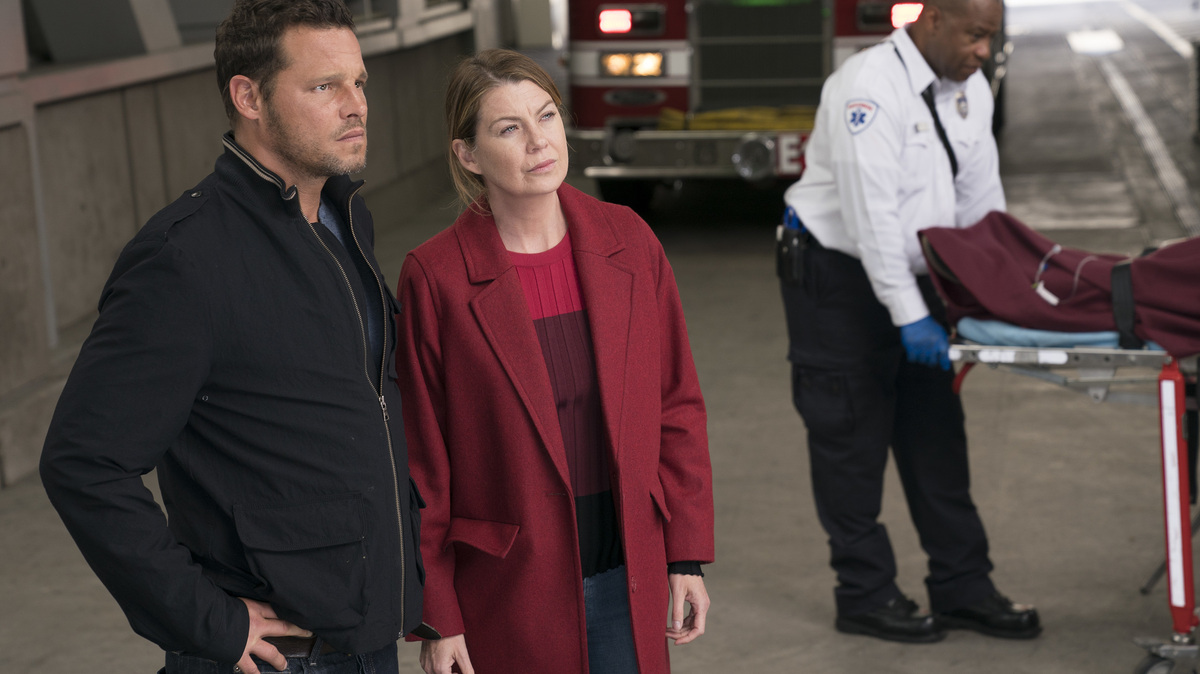 ABC's Grey's Anatomy might be the best show on television that TV critics rarely talk about.

We'll spend time dissecting the '80s references in the latest season of Stranger Things, or blogging about the blue string Eleven sports around her wrist in the last episode. (Google it!) But when it comes to a show that's now in its 14th season — one season shy of equaling ER's record as TV's longest-running medical drama? A series that, on Thursday night, aired its 300th episode? Aside from an episode recap or a mention of the latest character creator Shonda Rhimes decided to write off, we don't pay much attention.

The numbers suggest we should be looking closer. Twelve years since its March 2005 debut, Grey's Anatomy remains TV's third-most-watched broadcast drama among viewers ages 18 to 49. (A group TV advertisers are especially eager to reach.) It's right behind NBC's This Is Us and another surprise ABC hit, The Good Doctor. So far this season, its episodes on ABC have drawn an average 11.3 million viewers a week, and Rhimes has said prior seasons on Netflix have cultivated a new crop of fans.

Which sparks an obvious question: How has it managed to stay so popular?

When I asked online, longtime fans gave me a range of reasons. They say it's a dependable soap opera. (It centers on Ellen Pompeo's Meredith Grey, who began the series as an unsure, frazzled surgical intern and has blossomed into a star chief of general surgery at the fictional Grey-Sloan Memorial Hospital in Seattle.) They say it balances sharp takes on contemporary issues with good humor and poignant writing. They like that it presents a world that looks like America, with women, people of color, gay and transgender characters in crucial roles. They say they've been watching for years, and it's a comfortable habit.

I say Grey's has excelled by servicing a cadre of loyal fans drawn to Shonda Rhimes' vision. Some critics may spend more time dissecting the final season of Scandal or her new deal with Netflix, but one of Shonda Rhimes' greatest achievements in television so far remains her status as the architect of Grey's Anatomy.

Critic Emily Nussbaum once noted that Grey's inhabits an interesting genre: "the auteurist melodrama." It pushes all the appealing buttons of a quality soap opera, as hunky guys and beautiful women tangle with each other — both personally and professionally — within the high stakes world of a bustling hospital. But it's also a story told Rhimes' way, featuring her fondness for shocking topicality, her taste for ethnic and sexual diversity, and her skill at building complex relationships between women.

Grey's Anatomy pokes at the culture of misogyny that runs through so much of show business by telling stories through the female gaze. (Co-showrunner Krista Vernoff wrote about dedicating herself to such storytelling in a potent essay for The Hollywood Reporter). Star Ellen Pompeo also fully inhabits her age, without turning flips to keep looking like she did a dozen years ago when the show first debuted.

A recent episode featured a storyline that employed Grey's trademark mix of edgy and funny: A woman who came into the hospital complaining of abdominal pain actually had hidden a gun in her vagina, and it went off as the doctors were examining her.

"She's only 18, and she's already shot herself over a man," one of the female doctors quips before lecturing the teenager on how, if she was strong enough to smuggle a gun in that way, she was independent enough to say no to a man who would ask for such a thing.

The Only One: A Talk With Shonda Rhimes

Then there are the relationships between women on Grey's. For years, the bond between Pompeo's Meredith and Sandra Oh's Cristina Yang exemplified the show's approach: Friends and rivals, Meredith and Cristina struggled to maintain their connection while both fighting to excel in a male-dominated field. For a time, until Oh left the show in 2014, it was one of the most well-rounded, authentic female friendships on television.

And somehow, Grey's has managed to keep chugging along despite departures that would have kneecapped lesser programs. Isaiah Washington was fired from his role as Cristina's fiancé amid controversy that included an on-set fight involving a gay slur. Over the years, Katherine Heigl, T.R. Knight, Eric Dane, Sara Ramirez and Patrick Dempsey (as Meredith's ill-fated husband, Derek "McDreamy" Shepherd) also left the show.

Thursday's 300th episode (named for the Hamilton song "Who Lives, Who Dies, Who Tells Your Story") focuses on a roller coaster accident that brings in a group of patients who remind the doctors of the characters played by Oh, Knight and Heigl. Sounds like a great way to push forward while tapping a bit of nostalgia for old times' sake; a good recipe for keeping fans happy long enough to make more history with a 15th season.