Accessibility links
GOP Tax Cuts Expected To Push Up Nation's Debt Both tax proposals in the House and the Senate would add about $1.5 trillion to the nation's debt over the next 10 years. That's a big concern for many economists and some lawmakers. 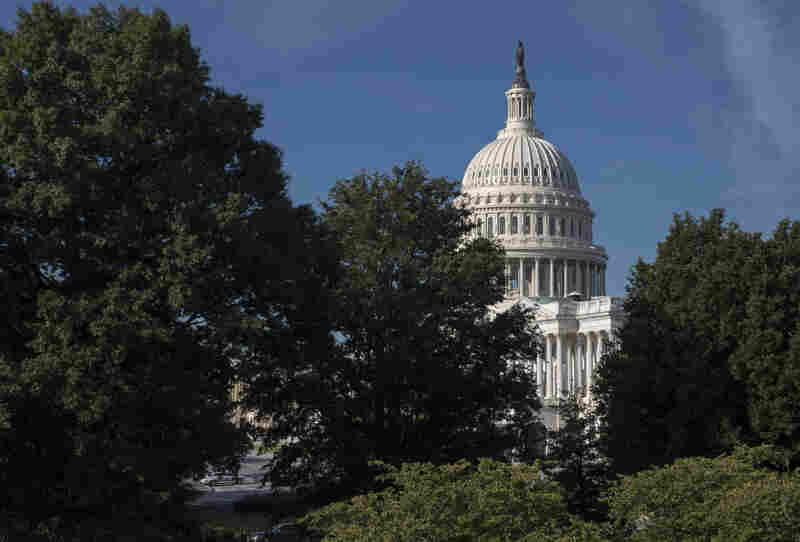 Republicans in the House and Senate have come up with different proposals to overhaul the U.S. tax code, but both bills would add $1.5 trillion to the national debt. J. Scott Applewhite/AP hide caption 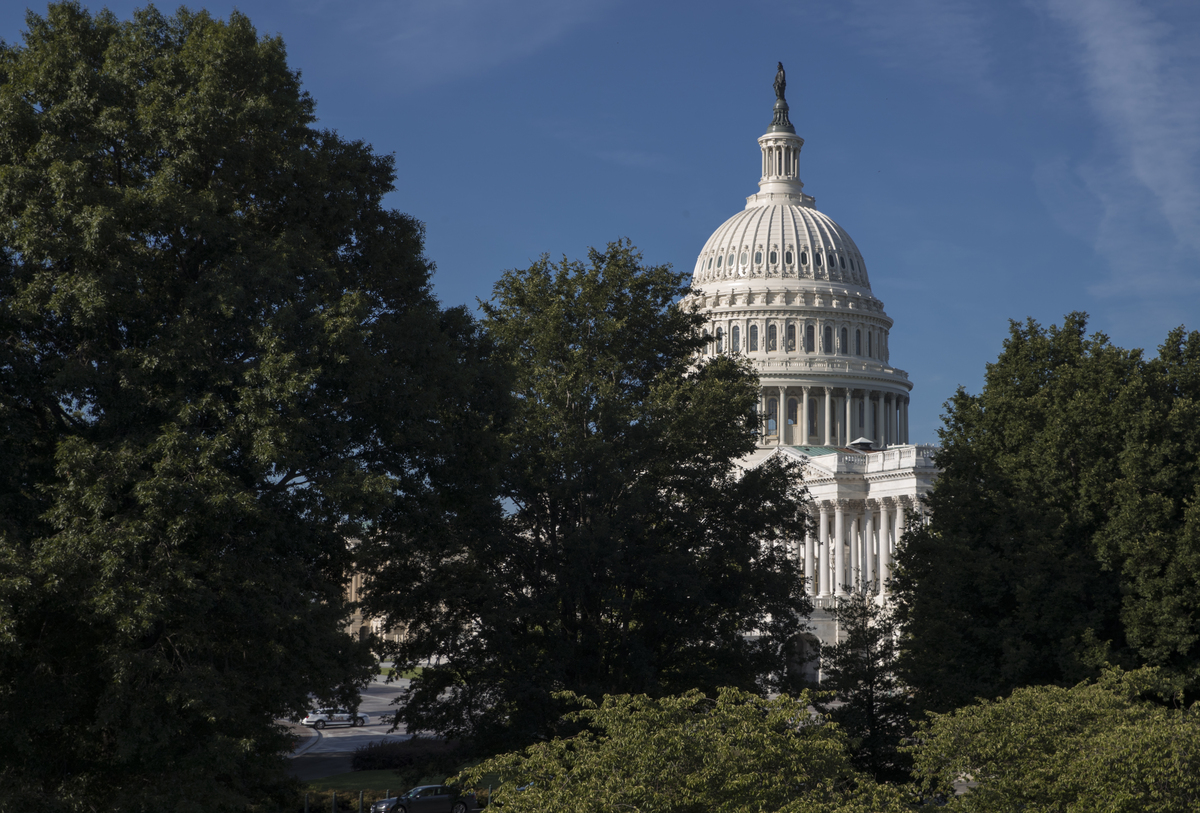 Republicans in the House and Senate have come up with different proposals to overhaul the U.S. tax code, but both bills would add $1.5 trillion to the national debt.

When Republicans began assembling their tax overhaul proposals they were aiming to make them revenue neutral; the tax cuts could not lead to increased deficits. Holding the line on deficits has long been the goal of Republican deficit hawks.

But that goal is now just a memory. Both the House and Senate proposals provide overall tax cuts in the $1.5 trillion range over the next decade. But there's no plan to offset them with cuts in government spending or new revenues. So over the next 10 years, the tax cuts are likely to add about $1.5 trillion to the national debt, according to the nonpartisan Congressional Budget Office.

Thursday, longtime deficit hawk Sen. Jeff Flake, R-Ariz., released a statement expressing concern that "the current tax reform proposals will grow the already staggering national debt." The debt currently is more than $20 trillion. Flake suggested that adding $1.5 trillion more to the debt over the next 10 years could threaten the economy.

Economist Len Burman echoes that sentiment: "This is a ridiculous time to think about additional borrowing."

Burman, who is a co-founder of the Tax Policy Center, says that is because the U.S. debt, already large and growing, is expected to balloon as the baby boomers retire and the cost of Social Security, Medicare and Medicaid rise sharply. "At some point we accumulate so much debt that we could do serious harm to our economy."

The huge deficits could drive up interest rates, says Burman, which would slow growth. Or, he says, in an extreme case, the U.S. could fail to pay its debts and trigger a global financial crisis. Lawmakers flirt with that idea every time they fight over raising the government's debt limit. Burman says at some point the U.S. will have to limit its borrowing and pay its debt.

"The thing that bugs me about deficit financing is we really don't know who is going to bear the burden of the debt," says Burman.

But we have a good idea of who will get the benefit of the tax cuts that produce the additional $1.5 trillion worth of debt: The vast majority will go to businesses and high-income individuals. "People in the top 1 percent get a tax cut of over $37,000," says Burman. That's for 2018. Meanwhile, people in the bottom 10 percent get a tax cut, on average, of about $60 in 2018.

And, in fact, there are some clues about who might bear the burden of restraining deficit spending; it was a big theme in President Trump's 2018 budget proposal. To hold down the increase in the annual deficit and the accumulated debt, the White House would cut a number of social welfare programs that help people with low incomes, along with education and criminal justice programs.

Douglas Holtz-Eakin, former director of the Congressional Budget Office and adviser to Republican candidates, is also concerned about the growing debt.

"A tax reform that allows for a trillion and a half of additional deficits over the next 10 years is in and of itself not very attractive."

But, Holtz-Eakin says, he believes there are enough positive elements in the tax bills to incentivize business investment that will boost growth and wages. That, he says, is a big benefit to the middle class.