Accessibility links
Central American Immigrants Brace For End Of Temporary Protected Status Program The Department of Homeland Security revoked protections for 2,500 Nicaraguans living in the U.S. this week, while 50,000 Haitians and nearly 200,000 Salvadorans remain uncertain about their status. 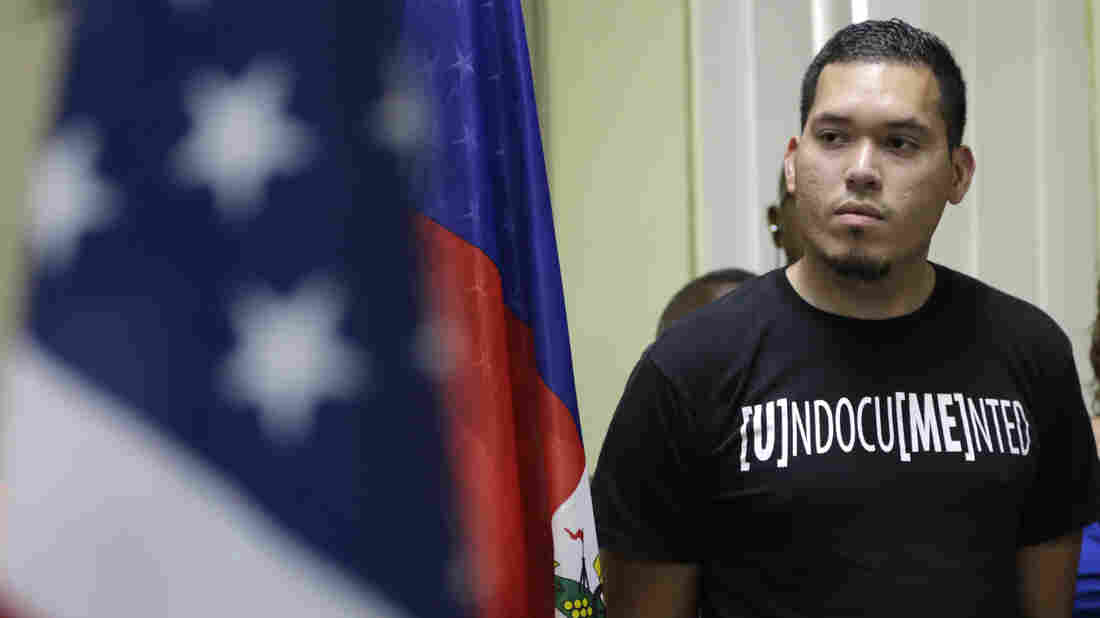 Julio Calderon, 28, an undocumented immigrant from Honduras, listens after speaking in favor of renewing temporary protected status for immigrants from Central America and Haiti now living in the United States, during a news conference Monday, Nov. 6, 2017, in Miami. Lynne Sladky/AP hide caption 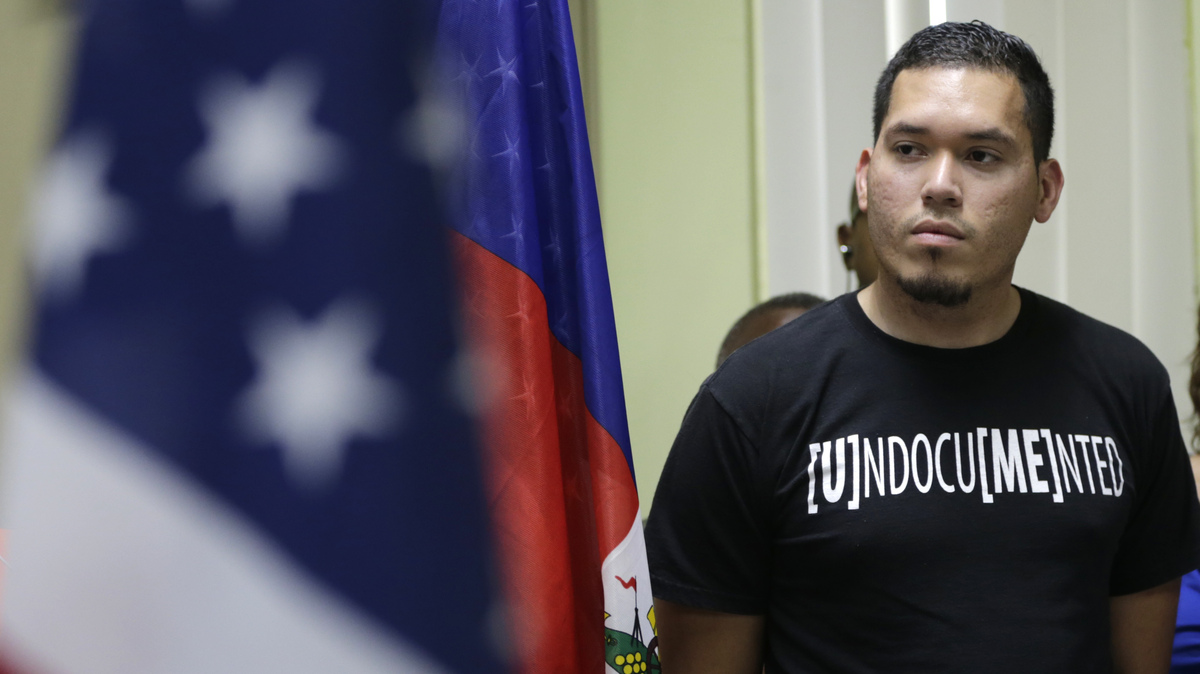 Julio Calderon, 28, an undocumented immigrant from Honduras, listens after speaking in favor of renewing temporary protected status for immigrants from Central America and Haiti now living in the United States, during a news conference Monday, Nov. 6, 2017, in Miami.

The program grants temporary visas that allow immigrants to live and work in the U.S. and protects them from being forced to return to their home countries. The U.S. has granted TPS to immigrants from 10 countries, mostly in Central America, for decades. The countries gain the designation after being ravaged by war or natural disasters.

The Trump administration and immigration hardliners argue that TPS represents immigration policy gone awry because the program, which is supposed to be temporary, has been repeatedly extended by previous administrations.

But Yanira Arias, national campaigns manager for Alianza Americas, an immigrant advocacy group, tells Here & Now's Jeremy Hobson this is yet another example of President Trump's crackdown on immigration.

"It's politics over policy," says Arias, who is a TPS beneficiary from El Salvador. "The State Department knows best the situation in Haiti, the in-country conditions in Honduras and Salvador ... at the policy level they do have all the facts, all the information. This is about politics and most of all, it's part of a racist and xenophobic agenda of this administration."

The Trump administration is considering shutting down the special visa program, which allows some immigrants from countries affected by war or natural disaster to stay in the United States. Here's who would be affected.

On Monday, the Department of Homeland Security revoked the temporary protected status for more than 2,500 Nicaraguans living in the U.S., and gave them until January 2019 to either leave the country or change their immigration status.

Nicaraguans were granted this status after Hurricane Mitch hit Central America in 1998, along with nationals from Honduras and El Salvador.

An additional 50,000 Haitians and nearly 200,000 immigrants from El Salvador remain in limbo about their status, which is set to expire unless the White House extends it.

"We are preparing for the worst, and we think that ... we're going to be receiving bad news," Arias says. "We are organizing the community. We are informing the community. We're trying to prepare getting legal assistance and counseling for the families. There are thousands of families with U.S. citizen children, and that's something that the administration is not taking into consideration."

In 2015, almost 3.4 million immigrants from Central America lived in the U.S. with nearly 40 percent of those from El Salvador, according to the Migration Policy Institute. The flood of Central Americans to the U.S. began in the 1980s and has continued owing to natural disasters, gang violence, and other economic and political strife.

If the administration rolls back these protections, some in the region worry it would cause further economic uncertainty as remittance dollars from the U.S. are expected to shrink.

"If they have to return, we have no other choice — they are our brothers and sister and we will receive them," Haitian President Jovenel Moise told NPR's Carrie Kahn in a recent interview.

The TPS policy change could also threaten the U.S. economy. According to the Center for Migration Studies, the labor force participation rate for TPS recipients from El Salvador, Honduras and Haiti ranges from 81 to 88 percent, which is significantly higher than the rate for the entire U.S. population.

But critics like Mark Krikorian of the Center for Immigration Studies argue the Trump administration must determine a long-term solution to TPS. Krikorian told NPR that the program "is supposed to be temporary."

How El Salvador Fell Into A Web Of Gang Violence

"It was never intended to be a permanent status," he says, "and yet what has happened over successive administrations is that it keeps getting renewed over and over and over again."

Arias says that although the program was intended to be temporary, many countries continue to deal with the aftermath of disasters, such as Haiti, which is still reeling from the 2010 earthquake.

Ongoing violence and armed conflict also continues to fester across Central America. If her status is revoked, Arias says she is not ready to return to El Salvador, which has one of the highest rates of violence against women in the region.

"I will access other legal options and to find what opportunities I have," she says. "But after close to 20 years in the United States, I believe I do have the right for an opportunity of adjustment of status."