Accessibility links
For Country Music Industry And Artists, Gun Politics Presents A Minefield Country music long has been affiliated with the outdoors, small towns, hunting, and in turn, guns. Country music journalist Jonathan Bernstein talks about the dynamic between the two industries. 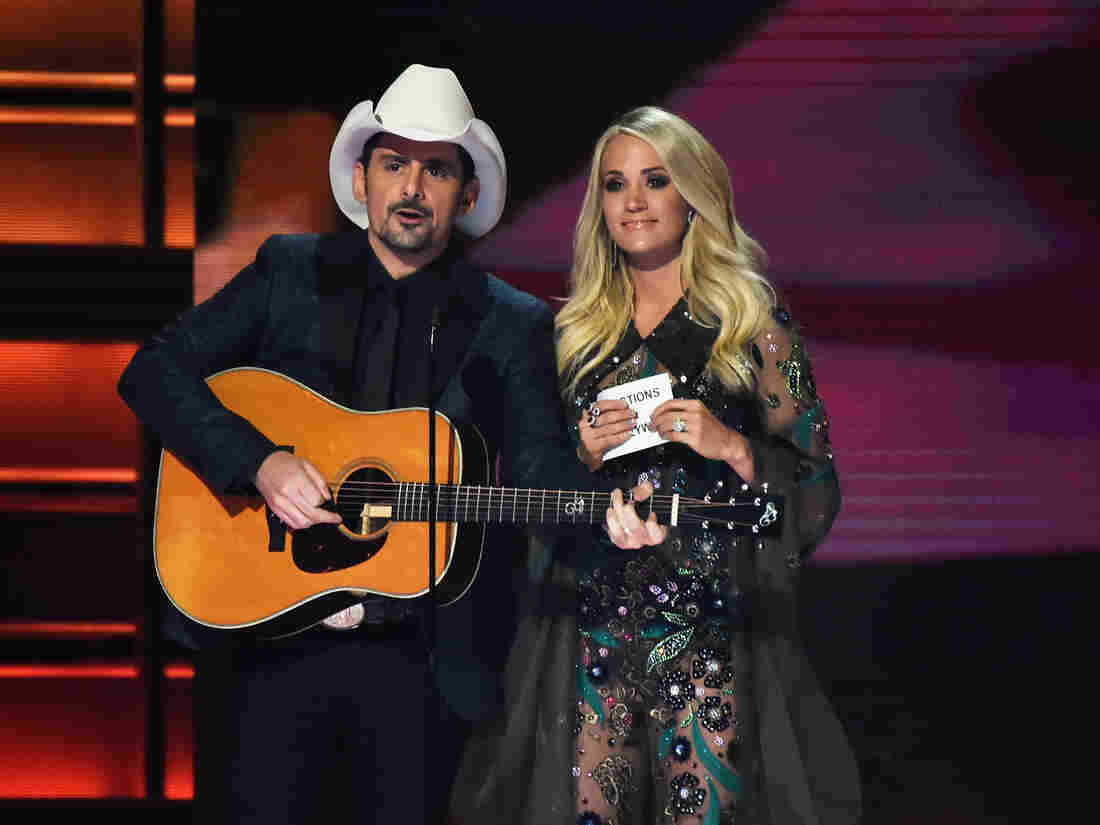 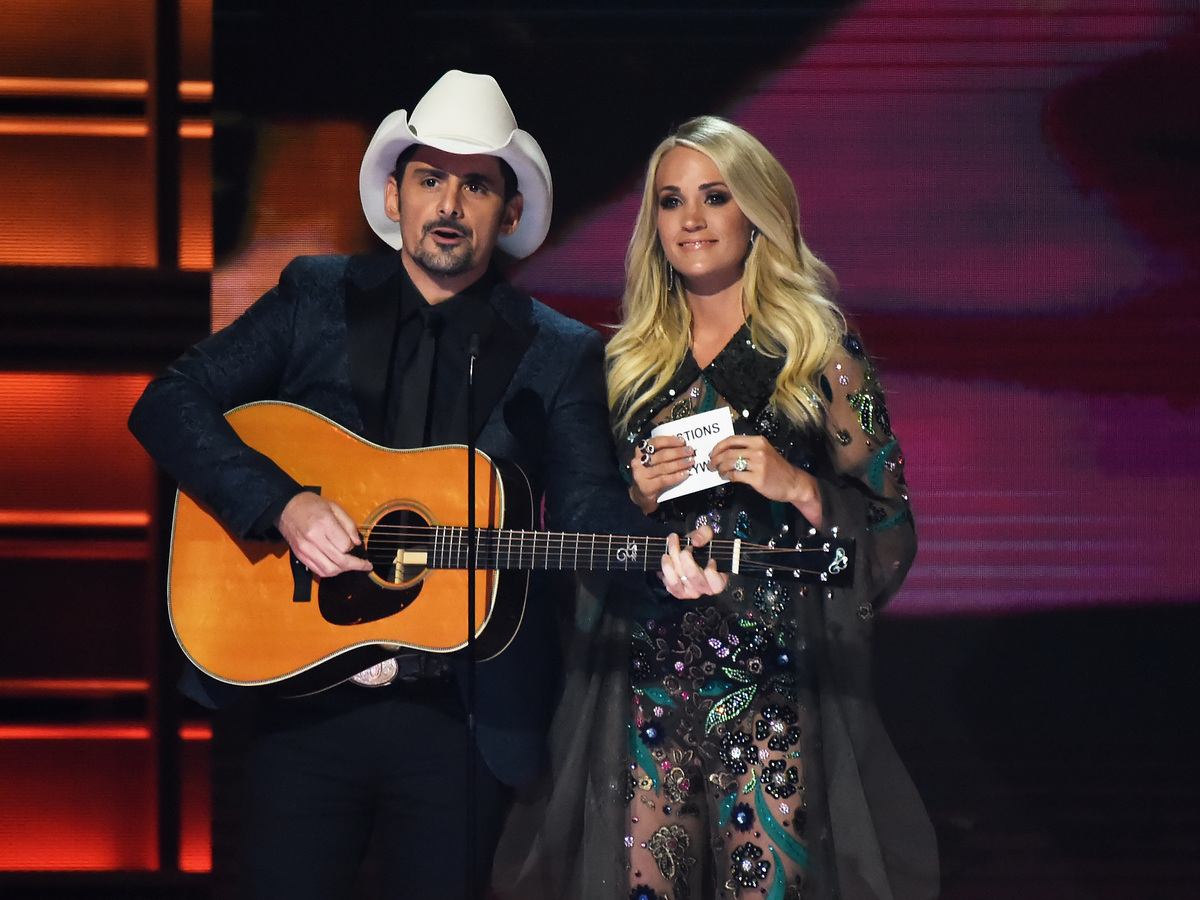 The Country Music Association Awards ceremony was Wednesday, but people are still talking about the show because of what wasn't said that night. The CMA tried to create a politics-free zone for hosts Carrie Underwood and Brad Paisley, and for reporters covering the event.

A week before the awards ceremony, the CMA sent out media guidelines telling reporters not to focus on gun rights, political affiliations or the Las Vegas tragedy, where 58 people were killed at the Route 91 Harvest music festival. Paisley and others spoke out about the restrictions and they were reversed, but it brought into focus the relationship between the country music industry and the debate about guns in the U.S.

Music journalist Jonathan Bernstein has written about this and joined All Things Considered host Kelly McEvers to talk about how those in the industry view guns, and why the Country Music Association took the actions it did.

I think the Country Music Association was very worried that politics, or what they view as politics — or sort of debates about guns, about the NRA, about sort of what happened in Las Vegas — would take the center stage on sort of what is generally considered to be the most important night of country music.

On where entertainers stand on gun control

While there are certainly, there are mainstream country stars who are deeply conservative and there are mainstream country stars who fall much more closely in line with liberal and progressive ideas, I think for the most part, you find with big entertainers at this point in country music, that the situation feels as though if you make one sort of strong statement, in one way or the other really, you're risking alienating just a really large portion of your fan base. ... If you talk to people in the country music industry about any topic relating to the intersection between politics and country music, the first name that you'll hear is the Dixie Chicks.

On artists like Tim McGraw and Faith Hill, who made their views known Thursday

I would imagine there are these sort of whisper networks in country music of sort of, who are the secret progressives and who are the secret Democrats and liberals? And Tim McGraw and Faith Hill haven't been super-secretive about their politics in the past. They donated money to Hillary Clinton's campaign.

And even on the issue of gun control, Tim McGraw, couple years ago, he had agreed to play a benefit concert after the Sandy Hook shooting, with this organization that was associated with gun control. And he received a lot of blowback from that.

Tim McGraw and Faith Hill are two of the most successful and most beloved country entertainers of the past 20 years, and they have a whole lot of money and a whole of fans that are devoted to them at this point. So I think that it is easier for them to do it, than say someone who is to any degree less proven, which is almost everybody in country music.

On what happens next in the country music industry

I don't expect there to suddenly be some huge wave of country artists that are coming out and getting really involved. But I think that people are continuing to, at the very least, have this conversation with themselves. And I think that it's going to continue to be an issue on the minds of everybody in the industry for a long time.

Christina Cala produced the audio version of this story. Wynne Davis adapted it for web.