Accessibility links
Terra Incognita: 'The Planet Factory' And 'The Undiscovered Islands' Two new books about unreal islands and yet-to-be-real planets have much to tell us about what human beings want to know when we look around at the world — life is uncertain, and our fears need maps.

Terra Incognita: 'The Planet Factory' And 'The Undiscovered Islands'

Terra Incognita: 'The Planet Factory' And 'The Undiscovered Islands' 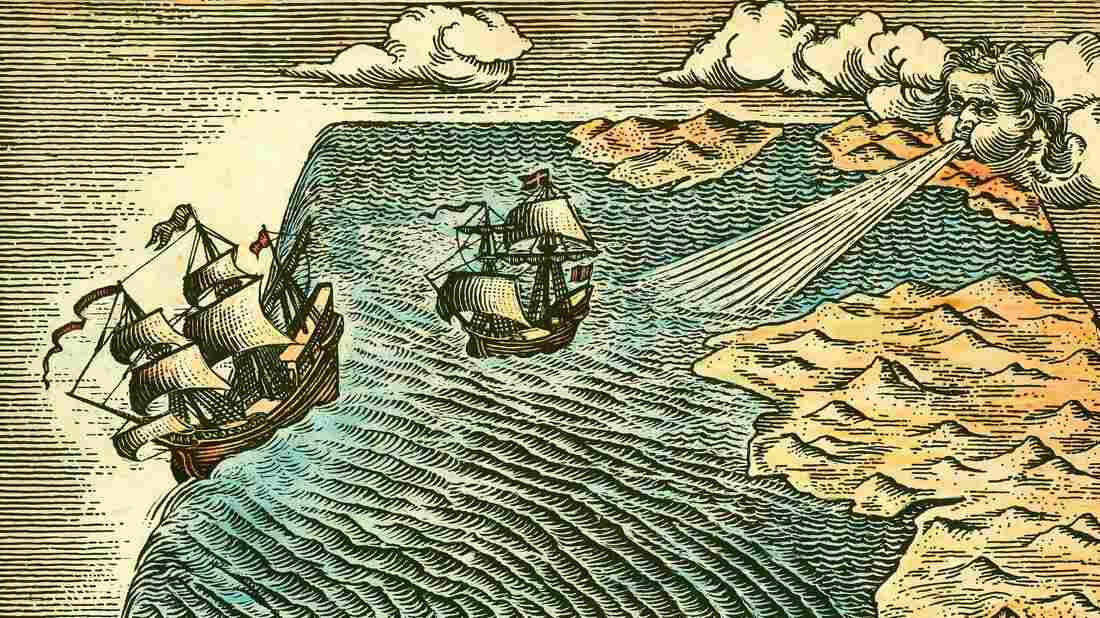 Humanity has always wondered what's on the far shore — even if our guesses sometimes miss the mark. Antar Dayal/Getty Images/Illustration Works hide caption 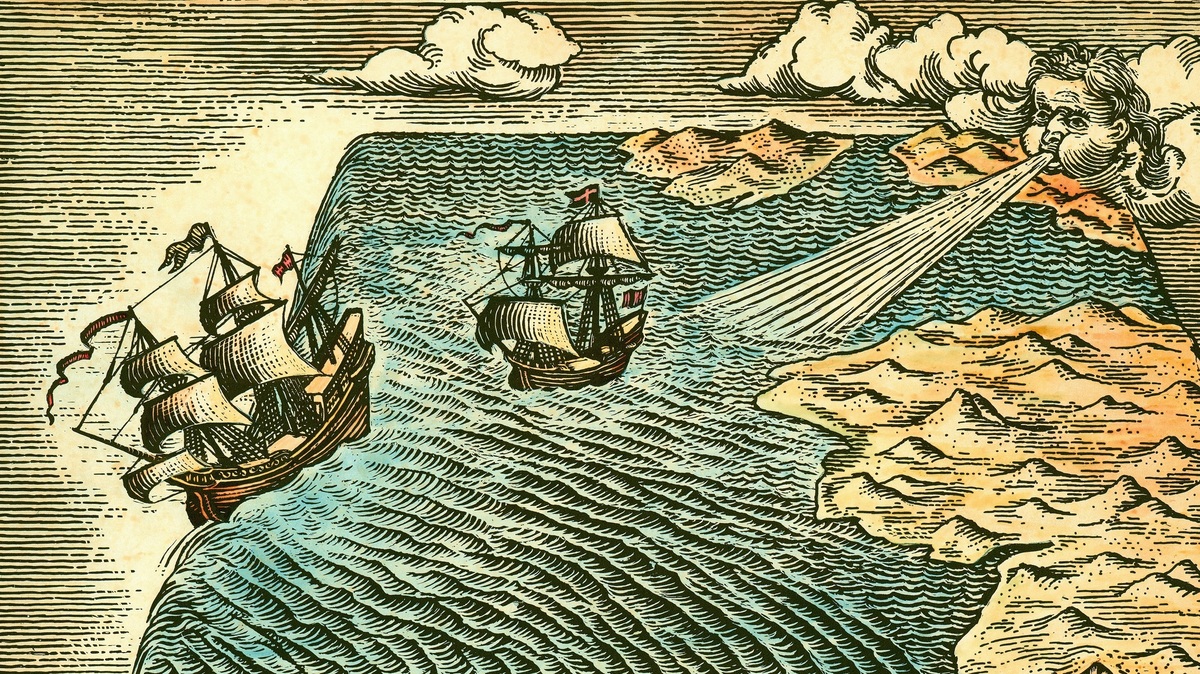 Humanity has always wondered what's on the far shore — even if our guesses sometimes miss the mark.

To be human is to wonder where we are. We look at the the ocean and imagine the far shore; we look into the night sky and imagine someone waving back. Life is uncertain and frightening. Our fears need maps. We want to understand what we're looking at. 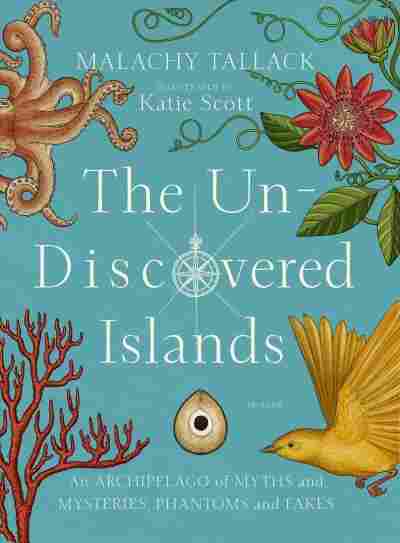 An Archipelago of Myths and Mysteries, Phantoms and Fakes

by Malachy Tallack and Katie Scott

Title
The Un-Discovered Islands
Subtitle
An Archipelago of Myths and Mysteries, Phantoms and Fakes
Author
Malachy Tallack and Katie Scott

Two recent books look at the very human (sometimes all-too-human) process of trying to make sense of the known universe: The Un-Discovered Islands: An Archipelago of Myths and Mysteries, Phantoms and Fakes, by Malachy Tallack, and The Planet Factory: Exoplanets and the Search for a Second Earth, by Elizabeth Tasker. They're so stylistically and scientifically disparate as to seem unrelated, but reading them in close succession makes for something greater than the sum of its parts — a joint atlas of human guesses in a world that seems destined to confound us.

I tend to avoid the word "whimsical," but Un-Discovered Islands seems aware enough of its trappings that we can assume it evokes whimsy on purpose. The text shares space with charming, roomy illustrations by Katie Scott, giving it the sense of a thought exercise rather than a thorough history. But Tallack has chosen a satisfying cross-section of unreal islands, separating the overtly mythical and full-on hoaxes from islands that were merely misunderstandings. (There are many, and we tend to forgive them; the world is vast, sailing is dangerous, and it's so hard to be sure of anything.)

There are some fascinating entries here, which Tallack treats with a wry fondness for the many narratives that sustained such islands to begin with — the story of St. Brendan's Island begins with the saint departing Ireland "in the year 512 with sixty followers, or perhaps sixteen, or fourteen." It's a book that, at heart, sympathizes with the vagaries of navigation, and humanity's tendency to cling to a feasible story rather than give up hope. Cartographers trying to map the very slippery St. Brendan's brought their image of the world to bear, and "attached it to whichever island was most mysterious to them."

Occasionally the tone tips from slightly arch into condescending and oddly parochial. (In describing the history of never-there island Lemuria, or Kumari Kandam, Tallack notes the idea of such a place "was swiftly abandoned by all but the most gullible," immediately followed by, "In India, though, it proved much harder to let go of the belief.") But by and large, The Un-Discovered Islands functions as a series of vignettes designed to make us think about how mysterious the world is, and how deeply people wanted to be — want, still, to be — connected to the idea of places unseen.

Elizabeth Tasker knows all about that; The Planet Factory is all about the formation of worlds humanity might never clap eyes on. And if you're hoping for definitive answers about how things work closer to home, think again; Tasker's very clear that the scientific method is as often about being proven wrong. "The problem (and there is always a problem)" isn't just an aside on a particular theory, but a thesis for the field. This is a book about trying to map unknown seas in real time; the ghosts of the sailors peering into the dawn looking for Thule live in every telescopic survey.

The Planet Factory can feel intimidating; certainly you must come to it wanting to know everything there is to know about making planets, and hang in there as long as you can before the variables overwhelm you. (Tasker offers easy analogies by the handful, and while at first they may seem too easy, you'll appreciate them by the time you're trying to understand the optimum timing of planetary migration.) 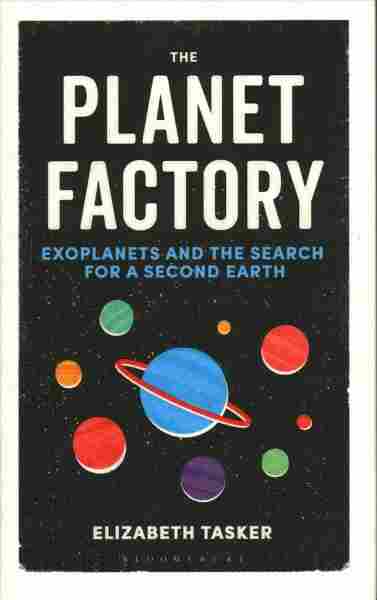 Exoplanets and the Search for a Second Earth

And there are as many dragons among the stars as there were in the margins of medieval maps — both dangers and unknowns. Earth's first atmosphere was entirely scoured away through solar violence; the hunt continues for an elusive Planet X at the edge of our solar system; new evidence routinely scuttles the status quo; the glittering vision of a planet simmering with underground diamonds turns out to be a "carbonic hellhole."

Taken together, the books have interesting similarities; despite the leaps in technology from the age of the sextant to the age of the comet lander, both are susceptible to high winds and human error. There are also telling asides about the nature of reporting one's finds, whether it's Andrew Lyne admitting at an international conference that his exoplanet discovery was actually a math error, or a medieval mapmaker's fateful mistake. Tallack notes that during a 1578 expedition to the island of Buss, "A passenger ... offered more details regarding its appearance and whereabouts. "It was, he said, around fifty leagues southeast of Frisland" — an enduringly popular but also nonexistent island. But to Tasker, that kind of confusion is part of the process. "This was what science was all about," she says of Lyne's honesty; "trying, improving and continuously adjusting ideas to fit the new data."

For me, what stands out from reading these together is that as hungry as we are to know things for sure, there's also a part of us that delights in possibility for its own sake. Things we know are useful to us, but things we don't know challenge us. Tasker calls the universe "an unseen creature we are struggling to understand" — and every off-course sailor who thought he'd found terra incognita would agree. And as much as humanity loves a possibility, we don't like a vacuum. We attach mythology to islands to make them more real to us, and we count the gravitational dip in far-away stars to prove they carry planets. Whether in 330 B.C. or pondering the Kepler telescope's final images, we love a challenge; we always want to know.