Accessibility links
She Served In Vietnam, But 'Nobody Had Ever Welcomed Me Home' Karen Offutt faced unique challenges as a woman in the Army during the Vietnam War. But "I felt real proud to have the uniform on," she tells her daughter Kristin Glasgow. 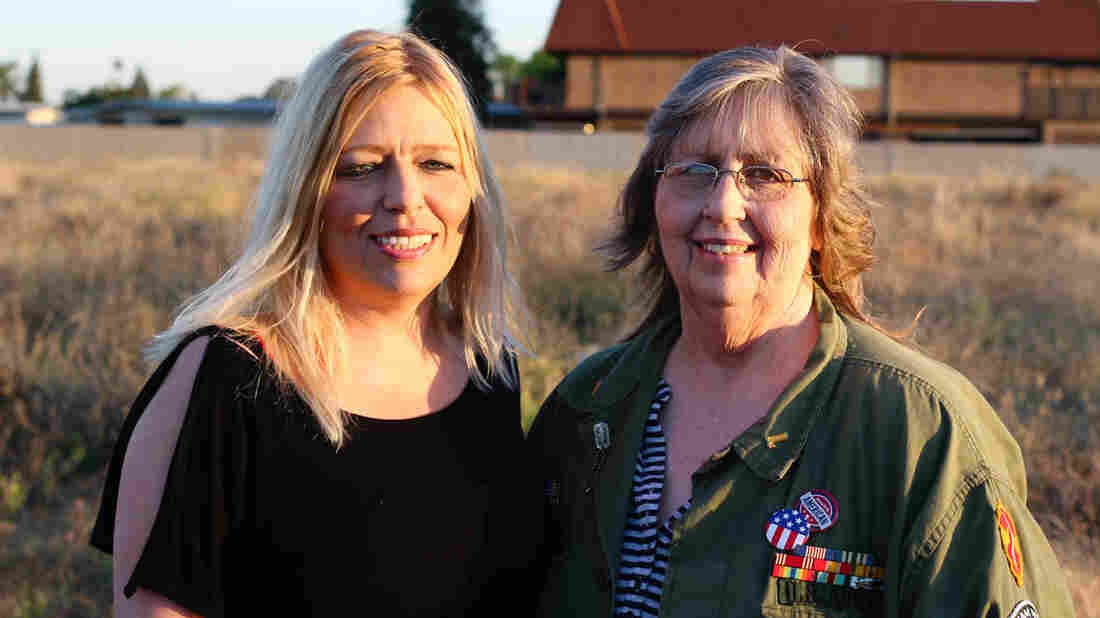 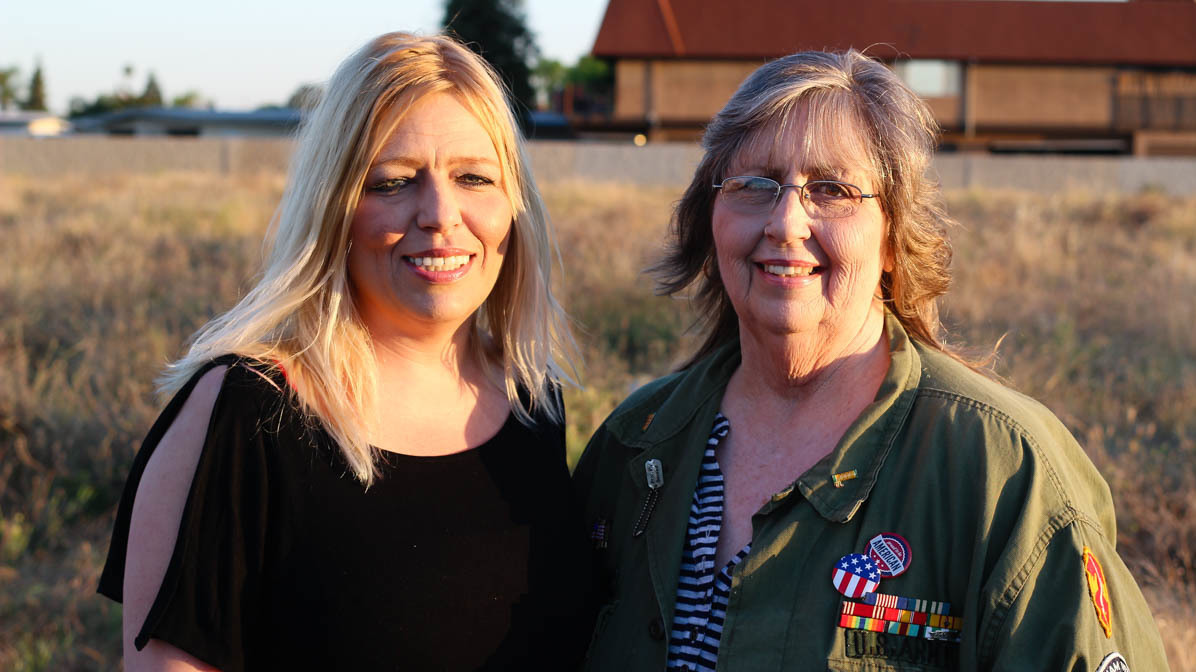 In the late 1960s, Karen Offutt was a teenager and considered herself very patriotic. She got chills whenever she heard "The Star-Spangled Banner." At 18, she dropped out of nursing school and enlisted in the Army and was deployed to Vietnam.

"I felt real proud to have the uniform on," Offutt, 68, told her 42-year-old daughter Kristin Glasgow at StoryCorps.

"I was an executive stenographer. I had top secret 'eyes only' clearance. And a lot of times they would call me in the middle of the night to come in — if we were gonna do an airstrike on a certain village," Offutt says.

But she also experienced degrading treatment as a woman in the Army.

"I had to look 'cutie,' you know, with my hair and my lipstick or whatever — and serve tea," she tells her daughter. "Whatever was needed to be done I did it. Including having to pose as a 'Bunker Bunny.' "

Offutt says she had to do what she was told, "or you didn't last long in the service." 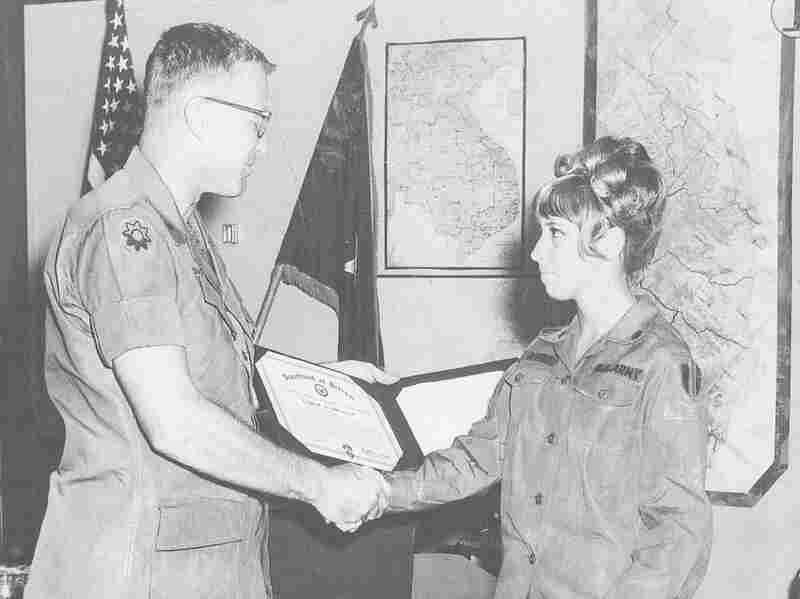 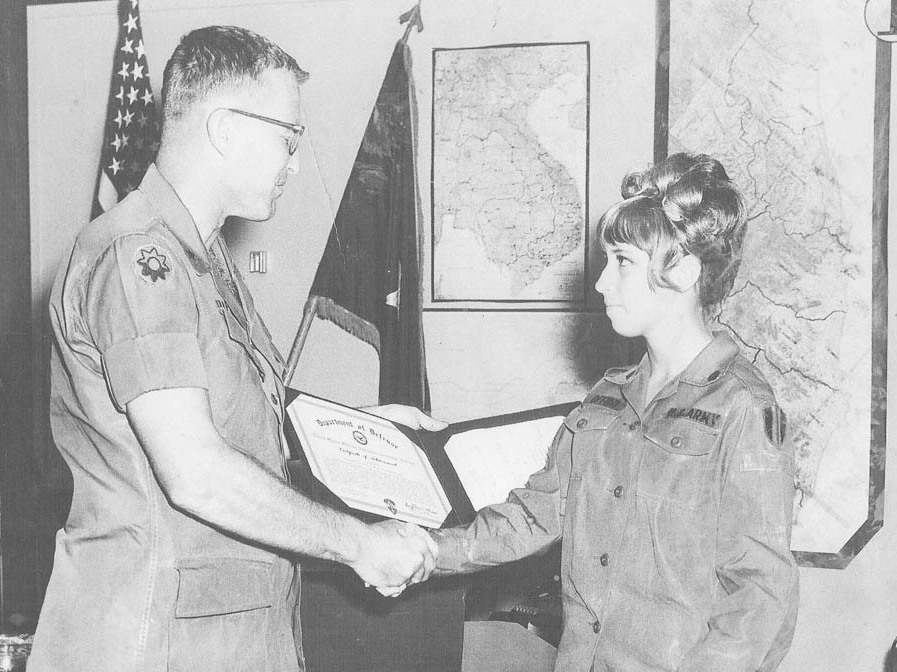 Karen Offutt was awarded a Certificate of Achievement for her heroic acts in Vietnam in 1970. It wasn't until 2001 that she was awarded a Soldier's Medal for Valor.

As a woman, she also didn't get the same recognition that a man would get for helping save lives.

One day, Offutt says, she smelled smoke in her hotel room where she lived. She saw the hamlet next door was on fire.

"I just ran down and started grabbing people and dragging them out," Offutt tells Glasgow. "The hamlet chief wanted me to have some kind of award and they put me in for the Soldier's Medal. But they said, 'We don't really give those to women and so we're going to give you a certificate of appreciation for heroic action.' And so that's what they did and I thanked them and I went back to work."

"That was your father," Offutt says. "He didn't allow me to talk about Vietnam, at all, so I just didn't talk about it until I left him 16 years later."

Later on, she found slides tucked away in their house.

"I remember just sitting there crying," Offutt says. "I think it was, when you have to put something away, and lock it inside of you for so long and you're not allowed to speak of it, I just felt lost."

Glasgow asks her mother if there's anything that's helped her through the challenging times.

Offutt says she went to the Moving Wall, the traveling half-size replica of the Vietnam Veterans Memorial, in 1986.

"I remember standing there, staring at those names because I knew some of those guys on the wall. This man came up and put his arm around me and he said, 'Welcome home, sister.' And I just started bawling because nobody had ever welcomed me home."