Accessibility links
How Tracey Baptiste Tackles The Slave Trade In New Novel For Young Readers NPR's Lulu Garcia-Navarro talks to Tracey Baptiste about her new novel. Drawing on myths of her native Trinidad and Tobago, Baptiste tackles the history of the slave trade for young readers.

Writer Tracy Baptiste was born in Trinidad where she grew up on fairy tales and the spoken folk tales of the island, including stories about creatures called jumbies. The mythical monsters inspired her to write her own Caribbean folk tale for middle schoolers. 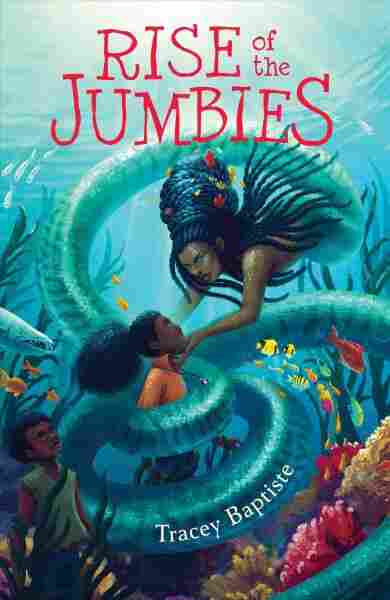 Rise of the Jumbies

Now, she's written a sequel that dives further into island mythology, as well as the darker side of its history. The novel, Rise of the Jumbies, centers around Corinne, the fiercely independent and half-jumbie main character. During her adventures throughout the book, Corinnne travels to West Africa, home of jumbie mythology, where she learns about the history of the Atlantic slave trade.

Baptiste first heard about jumbies when she was a child.

"They will eat you if they get half the chance to eat you," she jokes. As a kid, she heard stories about how jumbies would keep kids in line at night by hovering outside their homes and making sure they didn't wander around or leave the house.

Baptiste spoke with NPR's Lulu Garcia-Navarro about the mythological inspiration behind the novel's characters, how she addressed slavery in a book for young readers and why exploring that dark history is important for children.

On how she included so much mythology into the book

Well, I did a lot of reading, as much as I could. Because these are oral traditions, there really isn't a lot of stuff written down about jumbies, but there were a few stories I could find and what I did find is that there are jumbie-like creatures throughout the Caribbean. So I read as much as I could about all of these different creatures and then I combined it with the stories that I remember as a child.

On why she incorporated the history of the slave trade

On why sharing that history with young readers is important

Children who are of African descent are going to hear these stories. And I remember when my son was, I think maybe he was five, and he was in kindergarten and he came home and he had just heard about slavery at school. I think maybe it was Black History Month. And he was just so upset about it and couldn't reconcile who he was with you know, these stories that he was hearing.