Accessibility links
Brandi Carlile's 'The Joke' Will Launch You Into The Emotional Stratosphere The country-rock aria, from Carlile's new album, is dedicated to the delicate boys and striving girls born into – and, she insists, destined to triumph over – a divisive time. 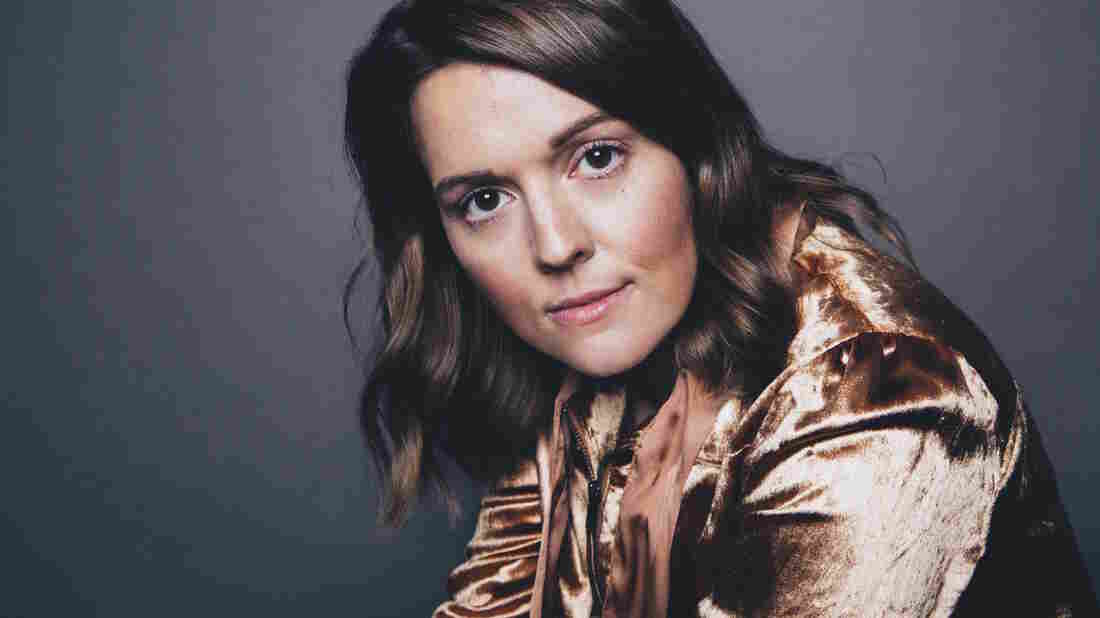 Brandi Carlile's By The Way, I Forgive You comes out Feb. 16. Alysse Gafkjen/Courtesy of the artist hide caption 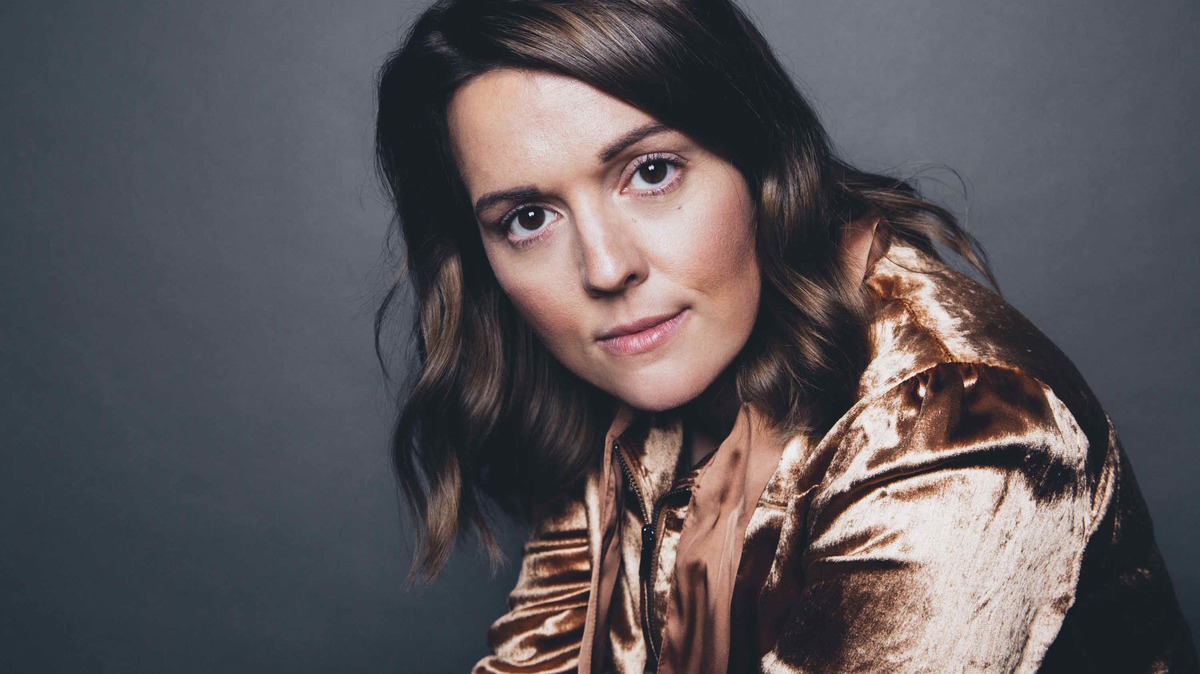 Brandi Carlile's By The Way, I Forgive You comes out Feb. 16.

When Nashville's favorite genre-defying producer, Dave Cobb, got a call from Washington state's favorite genre-busting singer-songwriter, Brandi Carlile, in 2016, he was a little freaked out. "I'd first heard her sing about ten years ago, and just stopped in my tracks," he said in a recent chat at his home base, Music Row's RCA Studio A, where the two recently completed her sixth album By The Way, I Forgive You. "Very few people can sing like that — in that powerful and individualistic way. I'd been a huge fan for a long time."

Carlile first turned to Cobb to create an arrangement for Dolly Parton's cover of her signature ballad "The Story," which appears on last year's charity release Cover Stories. That collaboration established a musical kinship that's now fully expressed on By the Way, I Forgive You, a project she identifies as "a massive change."

Co-produced by Cobb and country-rock pioneer Shooter Jennings, By The Way, I Forgive You takes Carlile and her longtime bandmates, Phil and Tim Hanseroth, into a new space of risk-taking — as well as the emotional stratosphere.

"The Joke," the first track to be released from By The Way, exemplifies the album's massive ambition. A country-rock aria dedicated to the delicate boys and striving girls born into — and, Carlile insists, destined to triumph over — this divisive time, "The Joke" offers a stunning vocal performance from Carlile, swathed in warm piano, big drums and a perfect string arrangement by the late Paul Buckmaster.

If "The Joke" leads some fans toward thoughts of "The Story," it's not a total accident. "Actually it started off with Dave insinuating that we haven't had a vocal moment like 'The Story' since, well, 'The Story,'" Carlile said, joining Cobb during a break in making a video capturing the intensity of the song in the setting where it was recorded. "We all went home that night and I was like, who tells you to rewrite a song that you wrote a decade ago? But it just kept nagging me — like the truth does, you know."

"The Story" is bleedingly personal, like many of Carlile's songs. "The Joke," conversely, looks outward, reflecting the compassion she has developed as a seasoned artist, parent and activist. "There are so many people feeling misrepresented [today]," she said. "So many people feeling unloved. Boys feeling marginalized and forced into these kind of awkward shapes of masculinity that they do or don't belong in... so many men and boys are trans or disabled or shy. Little girls who got so excited for the last election, and are dealing with the fallout. The song is just for people that feel under-represented, unloved or illegal."

To tackle this big subject, Carlile and Cobb devised a correspondingly grand musical setting. "I was playing her Elvis Presley's 'American Trilogy,'" Cobb said, referring to the King's medley of patriotic songs from 1972. "There's something magical about that recording. I mean it's the way it affects you; the way it's big in the chords, just pulling every single emotion out of you. So I played that, and then she wrote 'The Joke.'" He laughed. "I played her one of the greatest songs of all time, and then she wrote one of the greatest written since that one." 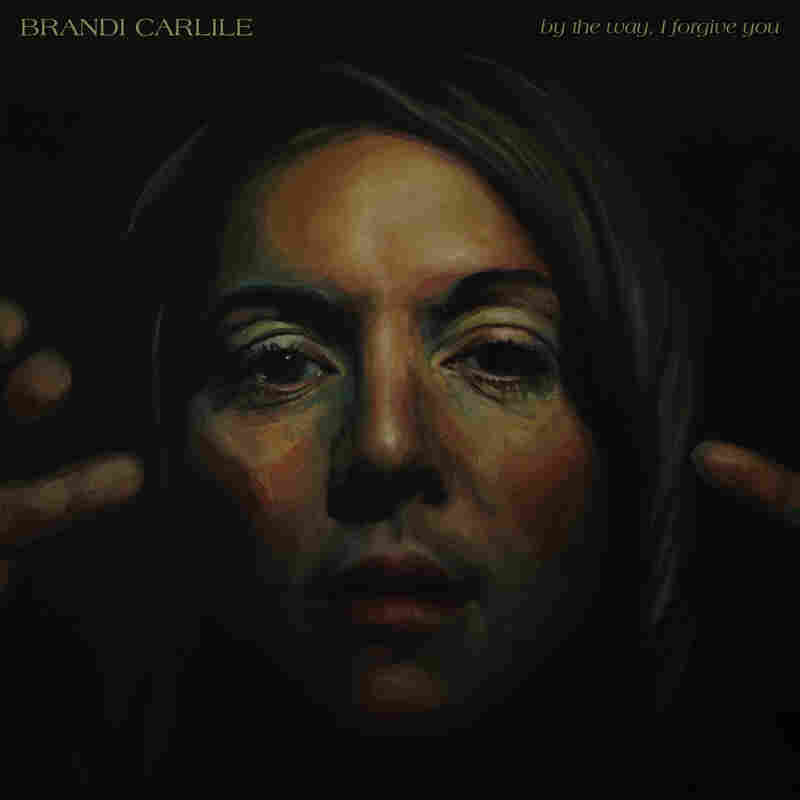 Brandi Carlile, By The Way, I Forgive You Scott Avett hide caption

By The Way, I Forgive You was one of the last projects for arranger Buckmaster, who memorably framed David Bowie's "Space Oddity," The Rolling Stones' Sticky Fingers and many of Elton John's early hits. "Brandi had worked with Paul before," Cobb said. "I'd tried to imitate his work many times, so it was incredible to work with him. Normally I'm one of those people that's kind of in everything a little bit — you know, I have things to say. But when Paul was here, I was like a schoolboy. I had nothing to say."

Buckmaster's touch is all over this album, lending it an air of the sublime. But what really makes her new music ring with meaning is Carlile's commitment to going beyond her comfort zone. "The biggest thing [Cobb] gave me on this record was permission," she said. "I'd always felt like making records was more of a formal documentation of what you do, and that you should keep the drama at bay. We had to keep our songs under a certain length. You can't just go off on a four-minute outro, or let out a blood-curdling scream. It's not going to sound right! Basically, it's been my philosophy to save everything dramatic and traumatic for the live experience. But Dave was like, why would you do that? I can capture it all."

Cobb hopes that Carlile's courage and finesse gains her the commercial audience she richly deserves — the same one Adele and Sam Smith enjoy. "This album deserves to be mainstream," he said. "It's one of those records that people who love classic records will appreciate – and people who love really great songwriting, and people who love great singers. It's art, and this feels like this is a moment when art can break through to the mainstream."

By The Way, I Forgive You comes out Feb. 16 via Dave Cobb's Low Country Sound imprint at Elektra Records (pre-order).