Accessibility links
Is A Corporate Tax Cut Really What The Economy Needs Right Now? Supporters of the tax cut say it will lead to more hiring and faster growth. But the evidence isn't so clear-cut. 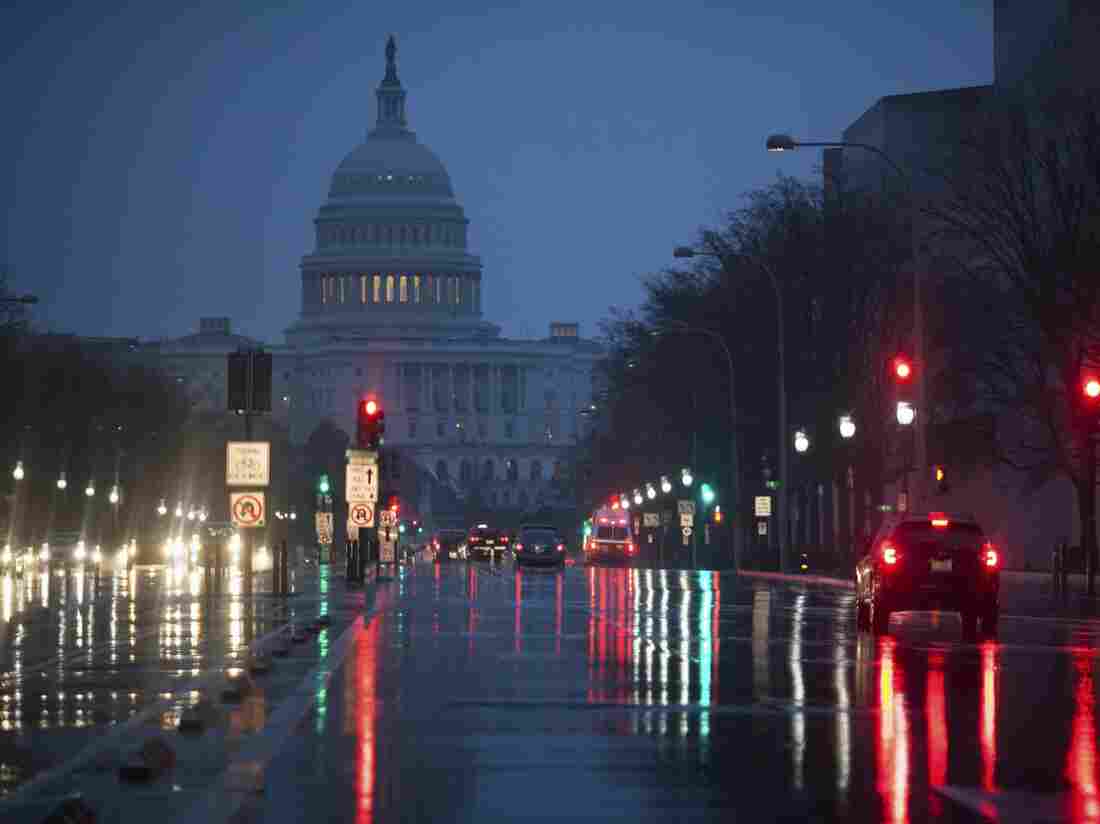 Republicans in Congress have proposed a large cut in the tax rate that U.S. corporations pay. The U.S. Capitol in Washington, D.C., is seen here on March 31. J. Scott Applewhite/AP hide caption 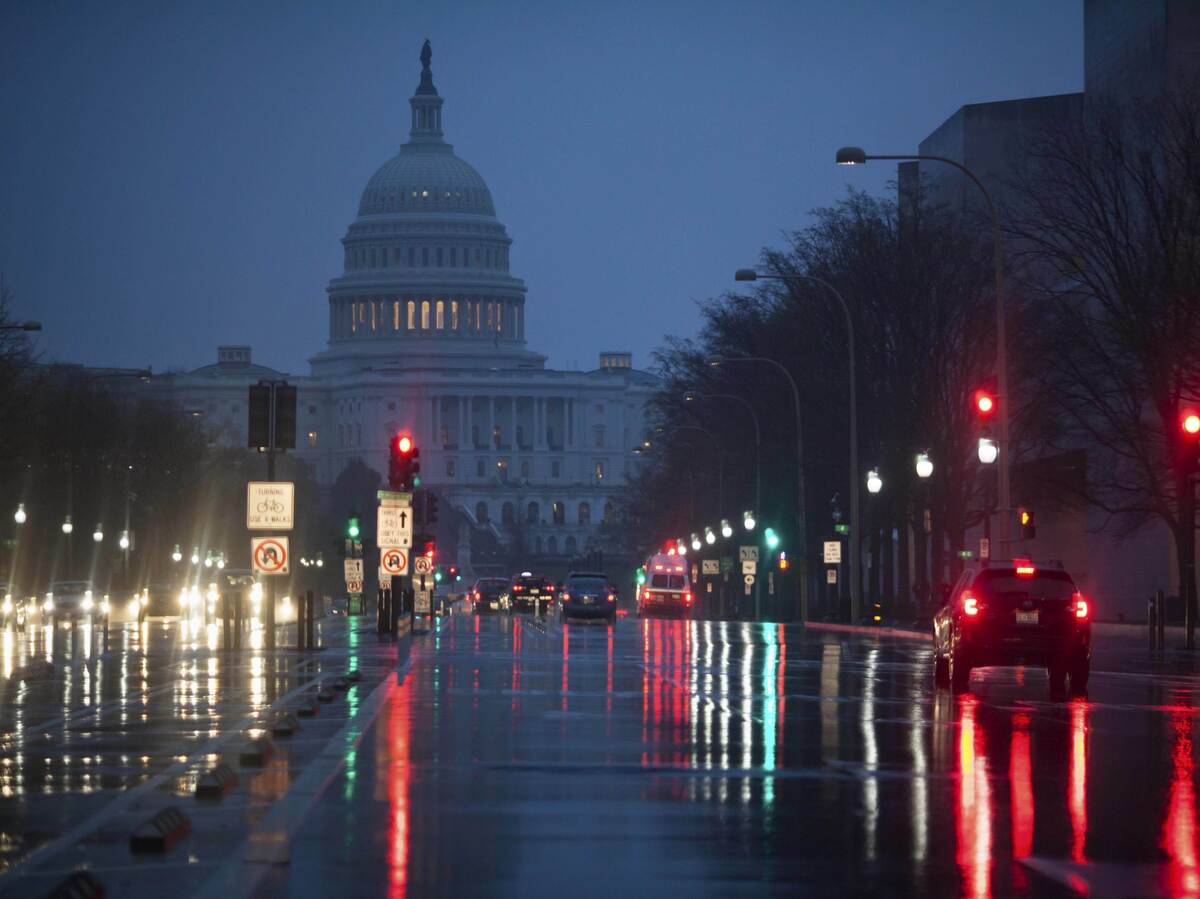 Republicans in Congress have proposed a large cut in the tax rate that U.S. corporations pay. The U.S. Capitol in Washington, D.C., is seen here on March 31.

Republicans in Congress say cutting corporate taxes would improve the balance sheet for U.S. businesses, giving them more money to spend on jobs and investment.

But how does anyone know that's what will happen?

It's the question at the heart of the debate taking place on Capitol Hill right now about whether to lower corporate taxes, and by how much.

U.S. corporations pay an effective tax rate of 35 percent, although most manage to lower that through various loopholes, exemptions and tax credits. The GOP plan would reduce the effective rate to 20 percent, bringing it more in line with other advanced economies.

To hear President Trump and other Republicans describe it, such a cut would be the magic elixir the U.S. economy needs.

The thinking is that by paying lower taxes, businesses would have more money to spend. Companies such as Apple could bring back some of the billions of dollars they've stashed overseas and use the money to hire more and invest in factories and equipment.

"When our businesses pay less in taxes, they reinvest that money into their companies," said Kellyanne Conway, counselor to the president, on Fox News last week.

"They create new jobs. They save and secure jobs that exist. They start paying more in benefits and different benefits, and they invest in inventory," she said.

When companies invest more in plants and equipment, they become more productive, which leads to higher wages, even for low-skilled workers, according to a recent report from the White House Council of Economic Advisers.

How much would wages increase? The report predicted that cutting corporate taxes would raise annual household incomes $4,000, on average, and probably even more than that.

"The principle makes a lot of sense, the thought that you increase investment and that investment increases the productivity of your workers and then your workers get paid more in consequence," she says.

But Clausing says the reality is a lot more complicated.

"There's no evidence that corporate tax cuts unleash a big wave of economic growth or wage increases," she says.

Clausing says predicting the impact of corporate tax changes on growth is notoriously difficult, because an economy the size of the United States simply has too many moving parts. A surge in growth could be due to tax cuts, or it may be something else entirely.

"The trouble is, we really don't have a good way to measure what the effects on growth are, because once we have the rate cut, other things start happening over time," says Jennifer Blouin, professor of accounting at the University of Pennsylvania's Wharton School of Business.

"We have natural disasters. We have failures in commodity markets. The whole credit crisis. And so once you mix that into the fold, how can you predict what the aggregate effect of just that piece of tax legislation is? And I would argue we really don't know," Blouin says.

Economists Alexander Ljungqvist of New York University's Stern School of Business and Michael Smolyansky of the Federal Reserve recently tried to answer the question by looking at fluctuations in corporate tax rates at the state level.

Some large metropolitan areas, such as Philadelphia and St. Louis, overlap two or more states. The study looked at what happens when one of those states changes its corporate tax rate, and how it affects different parts of the region.

Their conclusion: Tax increases can hurt a region's economy, but no evidence exists that tax cuts spur growth.

Ljungqvist and Smolyansky say the one exception to that rule is during recessions. When an economy is contracting, corporate profits fall and loans are harder to get. Businesses have trouble getting money to invest. At times like that, a tax cut can be just what businesses need.

But the U.S. economy isn't in a recession right now. It's in the longest postwar economic expansion on record, with very low interest rates and very high corporate profits.

In fact, most corporations have access to pretty much all the money they need right now, says Josh Bivens, director of research at the liberal-leaning Economic Policy Institute. But they're not investing all that much or increasing wages.

"So we have exactly what the corporate tax cut is trying to engineer — really high post-tax profit rates. And yet it has not resulted in more investment.

"So the idea that we just want to do more of the same thing that has not spurred investment strikes me as not correct," Bivens says.

Clausing says, "The reason firms aren't investing is because of a lack of investment opportunities, not because they need more tax incentives to do so."

That points to a much larger and more formidable problem for the economy, one that the U.S. and other advanced economies have struggled to explain.

After a record economic expansion, companies still don't see a lot of reasons to invest out there. Giving them even more money by cutting their taxes, Bivens says, isn't going to address the real problems the economy faces.

Previous audio and Web versions of this story incorrectly referred to Kellyanne Conway as White House counsel. She is counselor to the president.