Accessibility links
Philippines' Rodrigo Duterte Sustains Support For Deadly War On Drugs Despite international criticism and thousands of people killed, 7 to 8 out of 10 Filipinos continue to support President Rodrigo Duterte's bloody war on drugs, according to the latest polls.

The Deadly Cost Of Duterte's War On Drugs 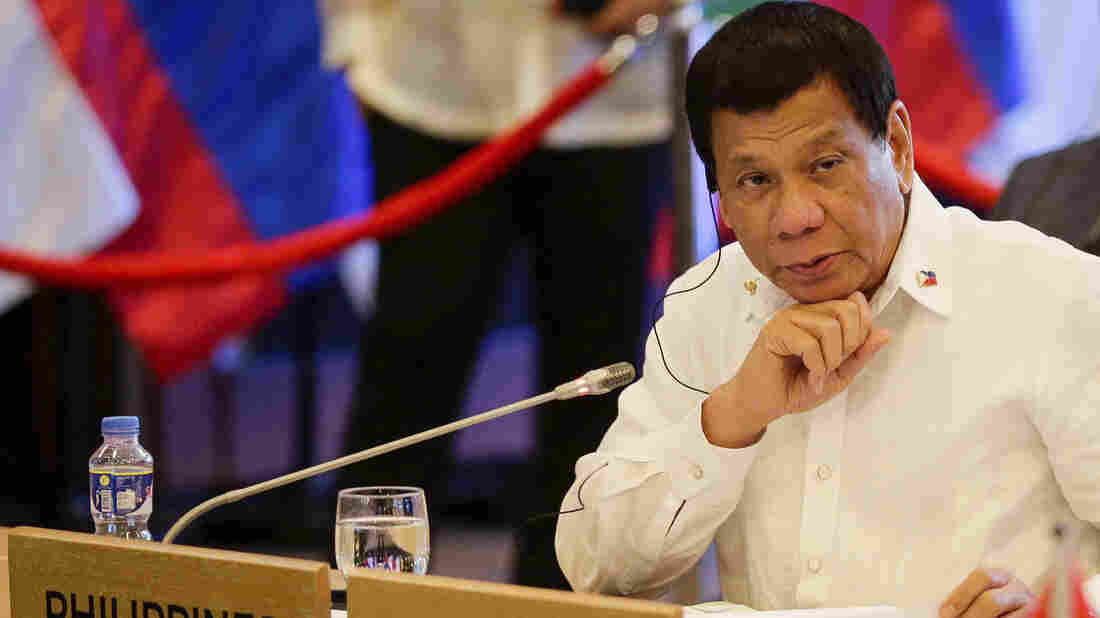 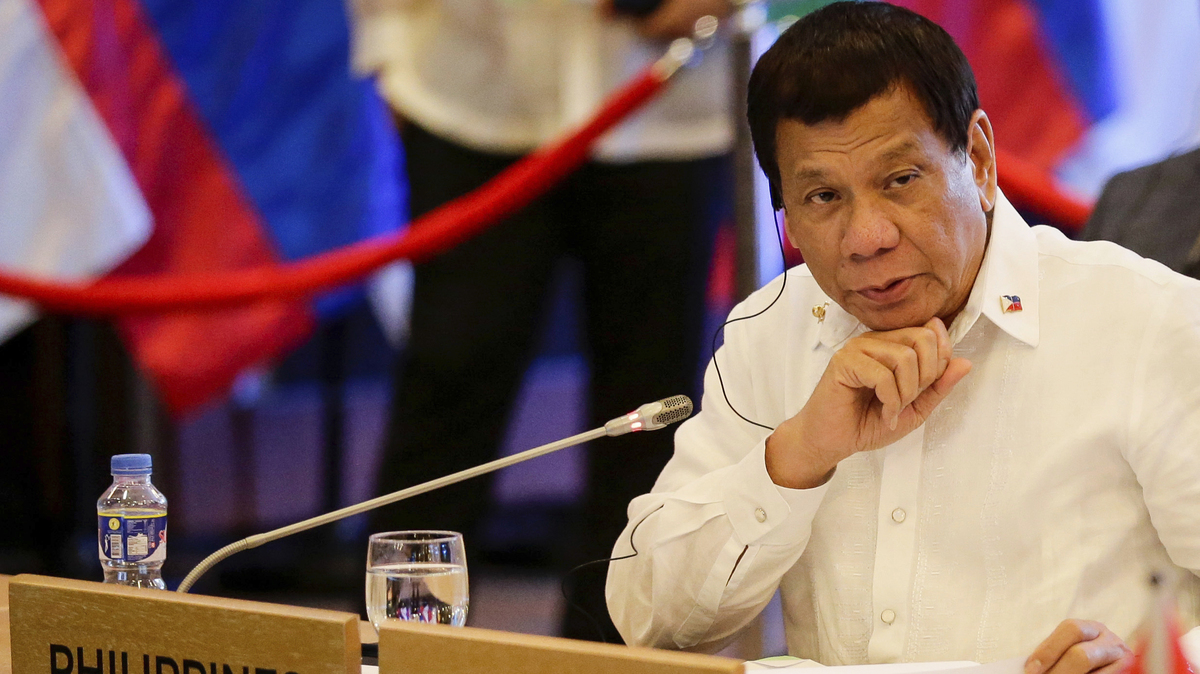 Inside the Philippines, President Rodrigo Duterte has maintained support for his bloody war on drugs, despite the thousands of lives lost and criticism by human rights groups.

Duterte has remained popular because most people in the country aren't directly affected by deadly drug war, which is mostly being waged in the inner cities.

Since taking office last year, Duterte continues to carry out his pledge to kill every drug dealer and user in the country. Human rights groups say the deadly extra-judicial war has left more than 13,000 people dead.

Despite the growing violence and international criticism, Duterte's overall approval ratings inside the Philippines didn't begin to slip until recently, when a new poll suggested his popularity dropped to 48 percent, CNN reported.

"Third quarter data tells us that 7 to 8 out of 10 Filipinos continue to support the war on drugs," Dindo Manhit, president of Stratbase ADR Institute, a Manila think tank, told NPR's Michael Sullivan in an interview this week.

Duterte's violent campaign has focused on the poorest areas of the capital city, Manila, says Sheila Coronel, co-founder of the Philippine Center for Investigative Journalism and a professor at the Columbia Journalism School.

"If you are a poor Filipino living in the slum of Manila ... then you feel really nervous," she tells Here & Now's Jeremy Hobson. "You feel insecure. You feel that you may be targeted whether or not you are a drug user."

In fighting the drug war, Coronel says police rely on each neighborhood to devise a watch list of dealers and suspected users. Police officers target those on the list, often killing individuals in the dead of night.

The Deadly Cost Of Duterte's War On Drugs

Coronel explains that most Filipinos who live outside of urban areas are separated from the violence.

"If you live in the middle class neighborhood or if you live outside of the big cities where drug dealing is rampant, then you are completely inured from it," she says. "You don't hear about it unless you hear, unless you watch television."

In a televised address last month, Duterte ordered the Philippine National Force to end all operations related to the drug war. Since then, the killings have not completely stopped, Coronel says, and the latest polls still show broad support for the drug war.

"When you look at this president, he is focused on this war on drugs. It has its excesses. But I don't see any end of it as of now," Manhit says. "But one year after, you want to see, really, successes - that there are less drugs on the streets. Syndicates are being brought down - but not killings of ordinary people."

During his visit to Manila this week, President Trump failed to publicly acknowledge the question of human rights and the drug war. In a leaked transcript of an April phone call with Duterte, Trump praised the Filipino leader, saying he was doing "an unbelievable job on the drug problem."

Coronel suggests Duterte has been able to maintain support because of his strong ties to Mindanao, the second largest island located in the southern Philippines. She says residents there who have historically felt marginalized by the Filipino government feel represented by Duterte, who is the first president from Mindanao.

"People from Mindanao always complained about what they call 'Manila colonialism,' " Coronel says. "They feel Manila is an imperial power just as I suppose any other far flung province of a country would feel that they do not have the attention. They don't get a fair share of the nation's resources or the attention of the national government."

Duterte has a much-maligned history of cracking down on drugs. When he won the presidential election last year, Duterte touted his 20 years as mayor of Davao in Mindanao in his promise to rid the country of drugs and crime. But as The Guardian reports, Davao still has the highest murder rate in the country and the second highest number of rapes.

The scope of Duterte's vicious war in the Philippines echoes that first violent campaign in Davao. When he ordered the first death squad to target drug dealers and users in 1989, he allegedly told police officers: "Throw them in the ocean or the quarry. Make it clean. Make sure there are no traces of the bodies."