Accessibility links
Fighting An Eating Disorder When It's 'Hard To Want To Get Better' Maddy Rich says anorexia is like a dead body chained to her ankle. She gets advice on recovery from Julia Sinn, who got treatment for her eating disorder seven years ago. 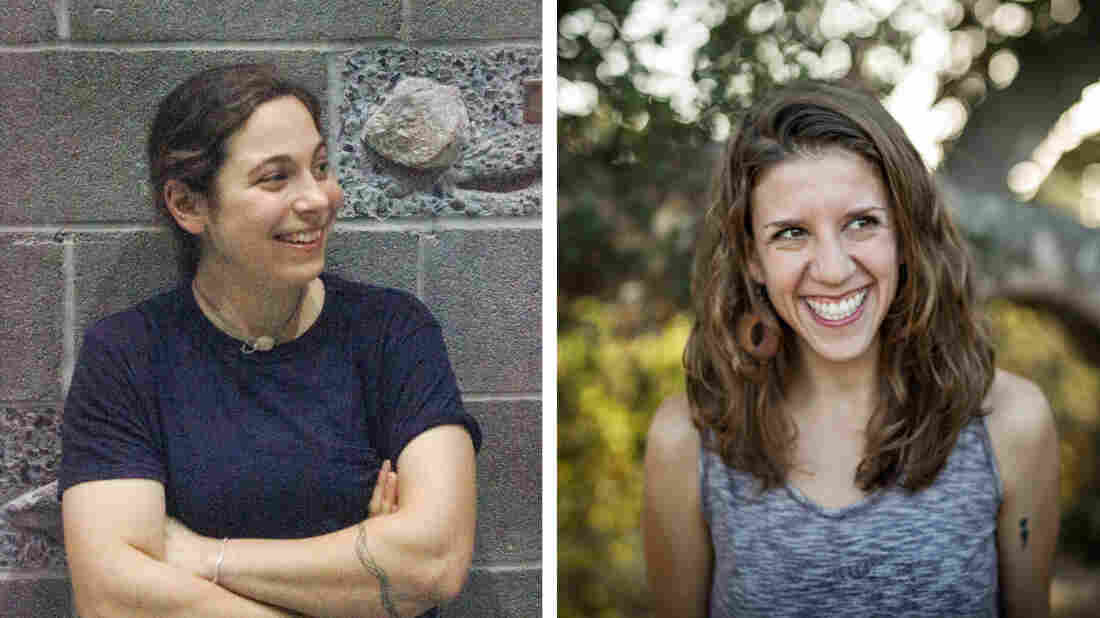 Before anorexia, Maddy Rich (left) says she never thought she was the kind of person who would struggle with an eating disorder. She gets advice on recovery from Julia Sinn. Image Courtesy of Samantha Hackett; Elizabeth Birnbaum hide caption 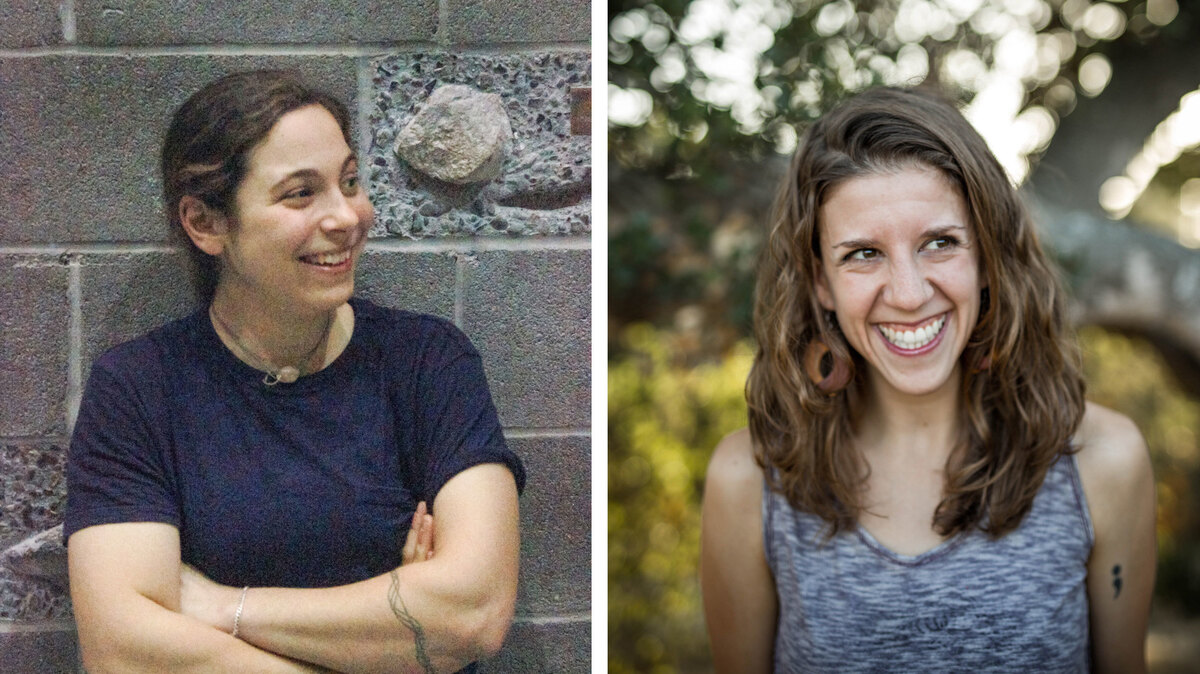 Before anorexia, Maddy Rich (left) says she never thought she was the kind of person who would struggle with an eating disorder. She gets advice on recovery from Julia Sinn.

All of a sudden, Maddy Rich found herself in the middle of a crisis. It sneaked up on her, in February 2016, during her sophomore year at Cornell University.

When Maddy got on campus, she started exercising a lot. "Oh, my gosh, there are all these athletes around me, that's really inspiring," she remembers thinking. She started eating less, too: "Oh, I have to go the lab, I don't have time to eat anything."

Maddy had developed an eating disorder: anorexia nervosa — and it was getting worse. She was obsessing, she says, thinking about food all the time. She started to get physically unhealthy.

Eventually, she hit a turning point, during a phone call with her mother. "She was just so upset, like, 'Why are you falling apart? I don't understand what's going on,' " Maddy says, "and I was definitely sitting there with a cup of watered-down soup that was going to be my main lunch. And for some reason I couldn't eat it, and I just started crying."

Maddy, now 21, got help. She eventually spent three weeks in a residential treatment program. But recovery from anorexia is an ongoing challenge. "It was hard to admit that I needed that much help," Maddy says, "and also hard to want to get better that much."

Maddy uses a metaphor when she talks to people about anorexia. "Even when I'm doing better, it's like there's chained to my ankle, a dead body that I'm just dragging around with me."

Julia Sinn knows what that is like. She stopped wanting to eat when she was about 16, she says, and struggled with her eating disorder — which had symptoms of both bulimia and anorexia — for years before getting help. And she says there is still a part of her mind that thinks destructive thoughts.

"There was a lot of fuel on that fire," 29-year-old Julia says, "but every day, I put a little more fuel on the other fire, which is, being patient with myself and being compassionate and listening to what's going on in my body."

On wanting to get better

I was struggling for seven or eight years. And I didn't want to get better. Obviously, I was really unhappy, but there's this defiance, you know like, "I like it" or "I'm better this way" or "This is what I want to be doing." I would say 80 percent of the struggle of getting into recovery was being like, "I don't want to do this anymore."

On keeping destructive thoughts in check

Every day, I have to be like, "Oh, I've been scrolling through Instagram feeds of really skinny models for 20 minutes, maybe this isn't good." Or "Oh, I actually did skip breakfast on purpose. It wasn't 'cause I was too busy or blah, blah, blah." Like, checking in every day to see what I'm doing and where it's going.

On learning to forgive herself for mistakes

My life will go on if one day is different from how I thought it was supposed to be. And this helped me heal from disordered behavior: I had to recognize that it was OK if I had relapsed, just like it's OK if I can't make it to the gym tonight.

On learning to live with eating disorder thought patterns

It probably is always going to be there, but that doesn't mean that it has to be a cloud over your head or a chain on you every day. It's like a little yappy dog, but eventually it becomes part that you're just like, "that's there." And some days it's really loud, and some days and weeks go by where it's not, and it's just sleeping in the corner. But it's going to be there. And I don't want you to get disheartened or scared of that. And, it's almost empowering to recognize that. Because when you're in the depths of eating disorder behavior and thoughts, you feel defined by it. It's all you can think about. So there's just something empowering to owning your eating disorder without letting it own you.