Accessibility links
For Native Americans Facing Sexual Assault, Justice Feels Out Of Reach Half of American Indians living in majority-Native areas say they or a family member feels he or she has been treated unfairly by the courts, according to an NPR poll. 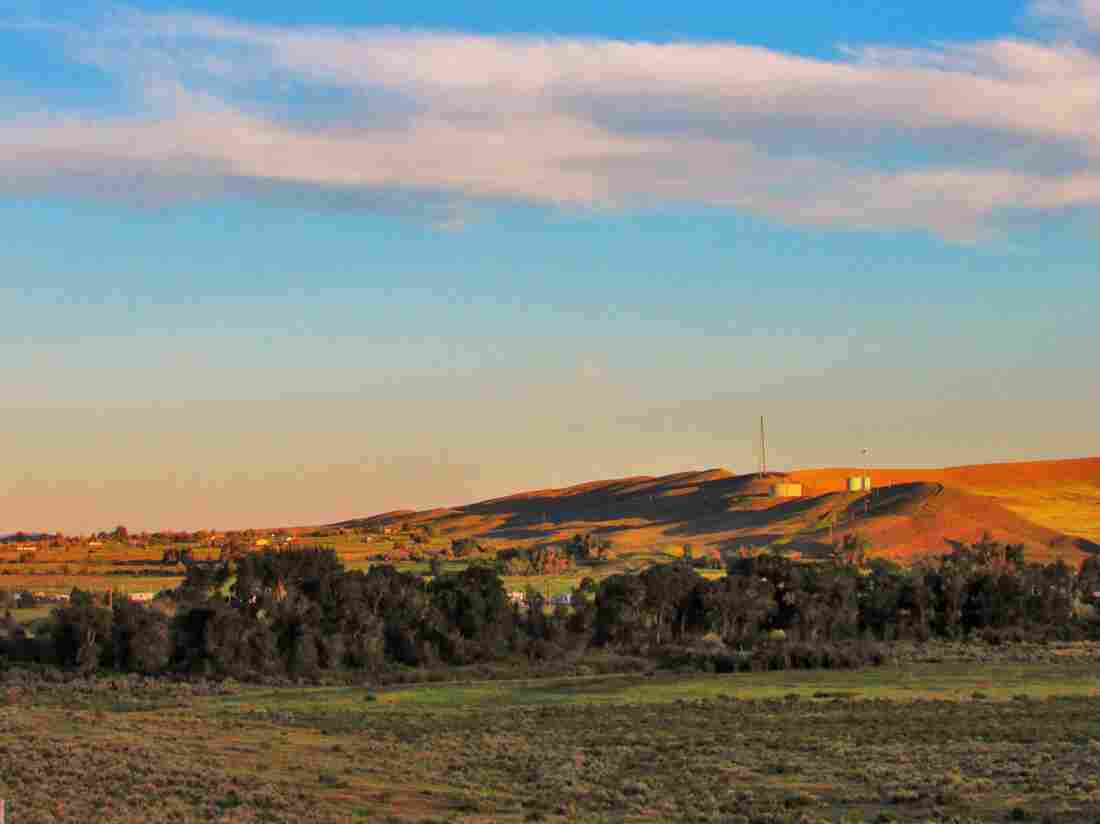 Wind River Reservation in Ethete, Wyo., is home to two tribes, the Northern Arapaho and the Eastern Shoshone. The tribes have a history of conflict, but recently passed federal legislation called the Tribal Law and Order Act is motivating them to work together to create a stronger, unified court. Darrah Perez hide caption 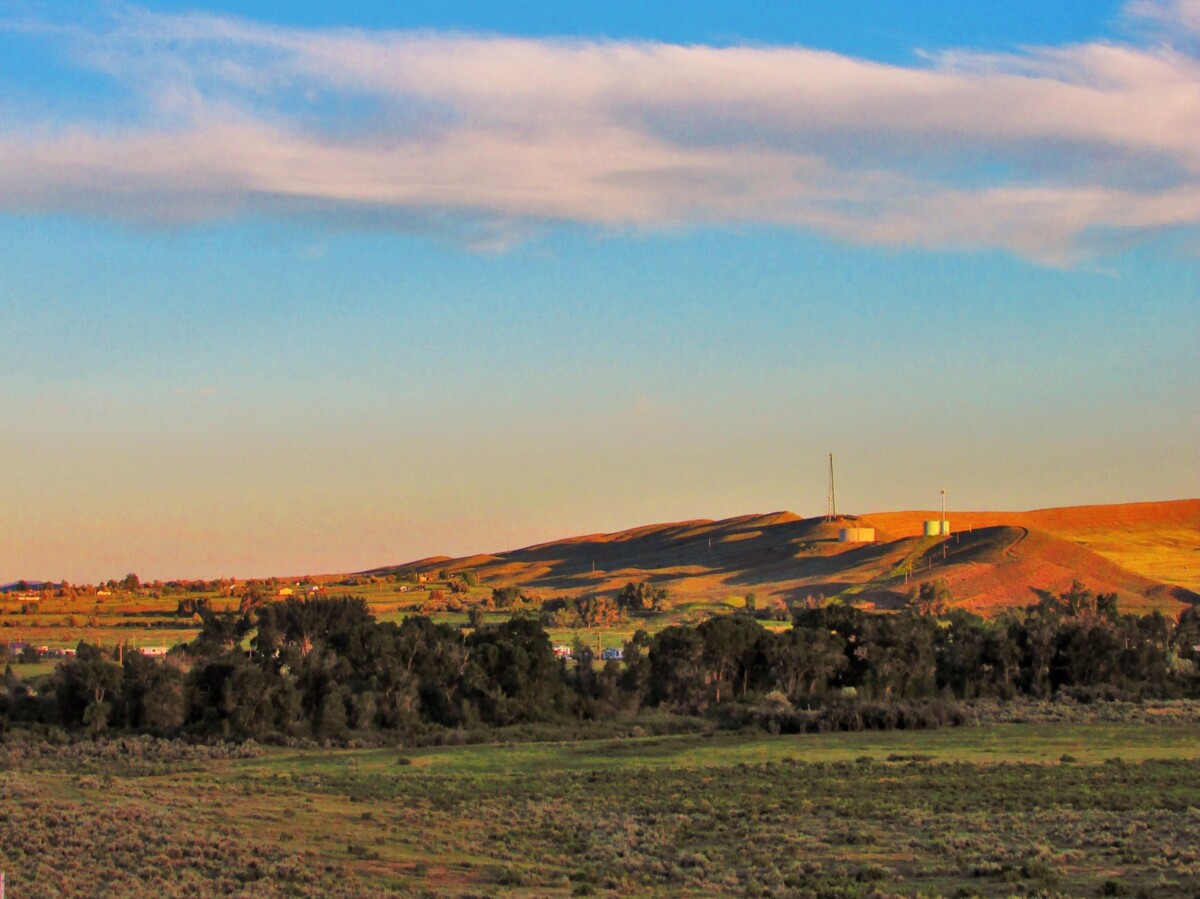 Wind River Reservation in Ethete, Wyo., is home to two tribes, the Northern Arapaho and the Eastern Shoshone. The tribes have a history of conflict, but recently passed federal legislation called the Tribal Law and Order Act is motivating them to work together to create a stronger, unified court.

One morning earlier this year, Northern Arapaho member Rose was sitting at the table with her 14-year-old daughter, Latoya.

"I told her to move her hair because she had her hair like this," said Rose, showing how Latoya pulled her hair over to hide her neck and cheek. "Because I noticed something ... she had marks, hickeys, just completely covering her, even almost on her face."

That's when Latoya told her mother that she had been forcibly kissed by a woman from another reservation who was six years older. (NPR is using only their middle names because they fear retaliation.)

"At that moment, I saw me in her," Rose said. She took a deep breath and this time there were tears in her voice. "And there was just nothing I could do for her except let her know, it's not your fault; it's OK; I'll protect you."

Rose wanted more than anything to protect her daughter because when she herself was 6, she too was molested by an older girl. Studies show that 1 in 3 Native American women is sexually assaulted in her life. But Rose wanted to stop that cycle of abuse.

According to a new poll by NPR, the Robert Wood Johnson Foundation and the Harvard T.H. Chan School of Public Health, 36 percent of Native Americans living in majority-Native areas say they avoid calling the police because of a fear of discrimination. And nearly half say they or a family member feels he or she has been treated unfairly by the courts. But thanks to a recent law, a small number of tribes are creating their own court systems in hopes they will process cases faster and restore trust.

That morning, Rose called the tribal police. But they immediately referred her to the FBI since her tribe isn't qualified to handle felonies.

After an investigation, though, federal prosecutor Kerry Jacobson declined to pursue Latoya's case. As with most assaults, the case rested solely on the victim's testimony.

"The only allegations involve the subject touching the minor's lips, neck and upper chest and the knee and those areas do not fall within the definition of sexual contact," Jacobson said, explaining why she declined the case.

Jacobson said she recognized that testifying against a perpetrator can be traumatic and that's why she leaves cases like this open as long as possible, in case a victim wants to tell more later.

She also said the majority of her cases are historical childhood assaults, for which it is much harder to get convictions.

When a victim gets to a place where he or she feels safe enough and emotionally stable enough to divulge what happened, we have no scientific evidence left.

"When a victim gets to a place where he or she feels safe enough and emotionally stable enough to divulge what happened, we have no scientific evidence left," said Jacobson. "Those are very challenging."

Jacobson said she did not interview the alleged perpetrator or any witnesses. In fact, a recent Government Accountability Office report shows that federal courts declined to prosecute 67 percent of reservation sexual assault cases.

Meanwhile, after Latoya's case was dropped, the tribal police took over. Unlike the feds, they moved forward, issuing a warrant for the subject's arrest. The problem is, the tribal court can issue only misdemeanors, which means less than a year in jail if convicted.

Leslie Shakespeare, councilman for the Eastern Shoshone, the other tribe on Wind River, wants to use recently passed federal legislation called the Tribal Law and Order Act to do more. That law grants tribes the power to give stiffer sentences and do it faster.

"The wait is what really disenfranchises people," said Shakespeare. "So when they see that process happening quicker, which doesn't always happen on the federal side, they feel like justice is actually working."

The two Wind River tribes have an ancient history of conflict, Shakespeare said, but the new law is motivating them to work together to create a stronger, unified court.

Since the new act was implemented in 2010, the Department of Justice has even reported that the rates of prosecutions are on a slight uptick.

"We've experimented a lot with having a strong federal presence, we've experimented in some states having an exclusive state presence, but we really haven't experimented or tried letting tribes work this out themselves," says Navajo tribal member and Wyoming state Sen. Affie Ellis, describing the core finding of a 2010 report she worked on called, "A Roadmap For Making Native America Safer."

Ellis said that for their new court to work, Wind River's tribes will need to be able to afford to pay for trained attorneys and judges. And, she said, while the act expands tribes' ability to sentence people to up to nine years in jail, that creates its own problems.

"It costs money to keep your inmates in prison," Ellis said. "And so that's another question that needs to be addressed before tribes can go down this path: What are we going to do with these people if we put them through our justice system and find them to be guilty?"

Meanwhile, Rose is hopeful that the tribes' new court will be up and running in time to ensure that Latoya's alleged assailant will finally face real justice.

The new court is scheduled to be up and running by early next year.

To hear more about Wyoming Public Radio's Melodie Edwards' reporting on the story, listen to her interview with PBS NewsHour's Hari Sreenivasan.