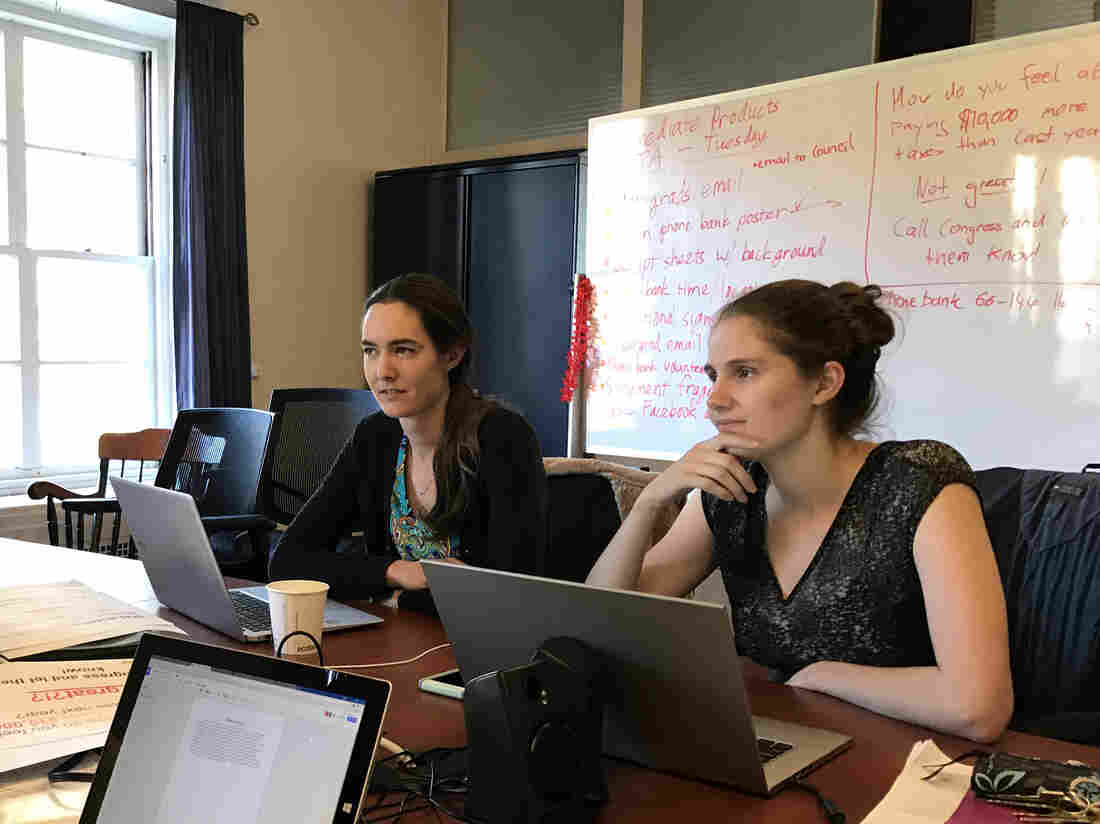 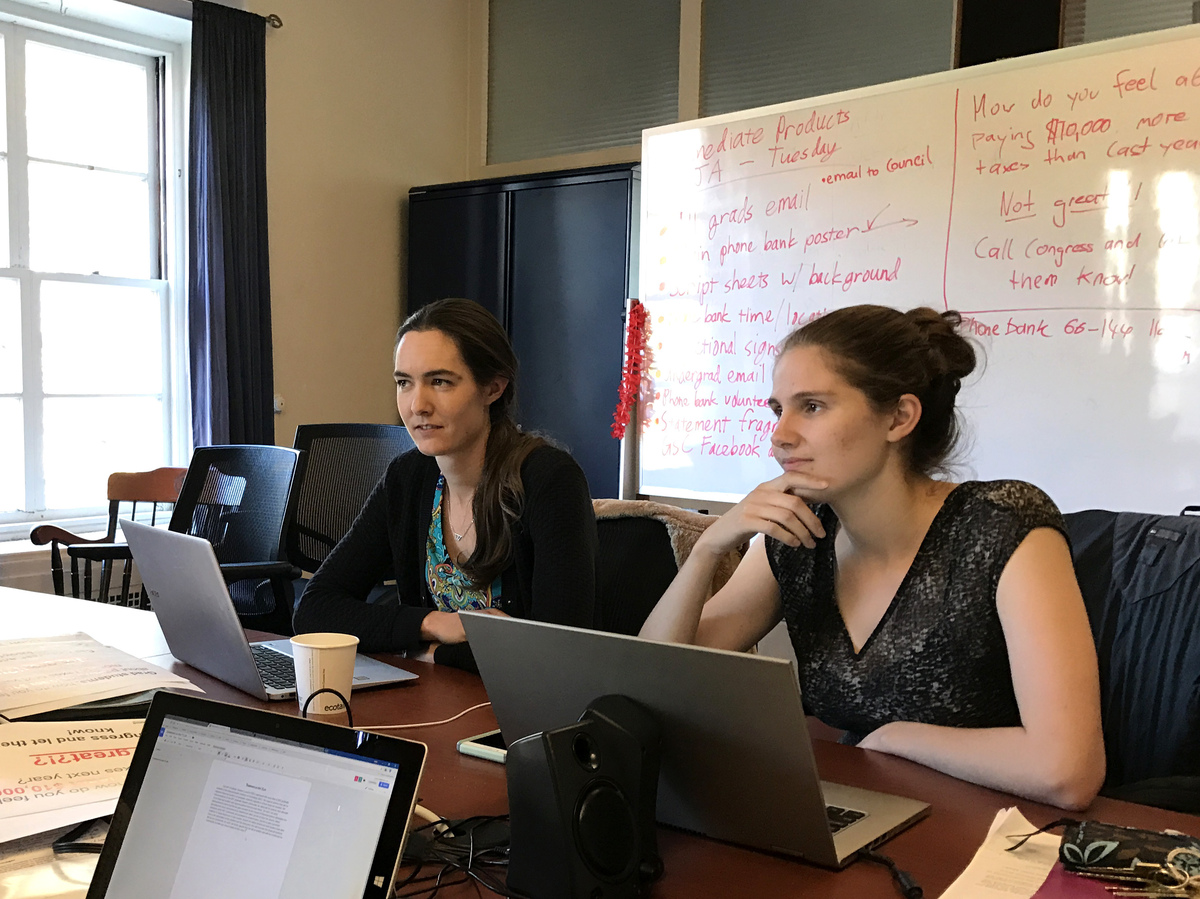 There are a lot of anxious graduate students at universities around the country right now.

That's because to help pay for more than $1 trillion in tax cuts for U.S. corporations, the House Republican tax plan would raise taxes on grad students in a very big way. These students make very little money to begin with. And many would have to pay about half of their modest student stipends in taxes.

"The past week this is what I've been talking about with other graduate students, with classmates. I think we're all shocked," says Tamar Oostrom. She's in her third year of getting her Ph.D. in economics at the Massachusetts Institute of Technology.

She and her classmates have been crunching the numbers. "This bill would increase our tax by 300 or 400 percent. I think it's absolutely crazy," Oostrom says.

Here's How The New Tax Plan Could Hurt Graduate Students

In exchange for helping to teach courses or working with professors on research projects, MIT gives students such as Oostrom a modest $30,000 stipend. And as part of the deal she also doesn't pay tuition. The arrangement is typical for many students at MIT and other universities.

That tuition price tag at MIT is technically about $50,000, even though students like Oostrom don't have to pay it. Under the tax plan proposed by House Republicans, these students would have to report that tuition forgiveness as income.

Ryan Hill, a fourth-year Ph.D. student at MIT, already pays taxes on his $30,000 stipend. But, he says, adding in the value of his free tuition, he'd have to pay taxes as if he made $80,000 a year. And that's a massive difference for Hill and his wife, who works part time on top of caring for their new baby.

"I wish we didn't have to stress about money as much as we already do," Hill says. "It's been already very hard to just emotionally get through this time of life because we have to be so frugal."

The couple already gave up dental insurance to save money. And Hill says his wife sews clothes for their baby so they don't have to buy clothes.

"As graduate students we choose between going to the dentist or going to the OBGYN," says Sarah Ehlke, an applied psychological sciences Ph.D. student at Old Dominion University. "I have a small hole in my winter boots, but had to get an oil change for my car, so new boots will have to wait."

"I never complain about these sacrifices," she says. "It is just my normal, and I understand I am choosing this career and education. However, to keep punching Ph.D. students when we're already down and trying to make the best decisions possible just seems mean."

About 145,000 grad students received a tuition reduction in 2011-12, the American Council on Education says.

Hill and other MIT students say the tax proposal is ill-conceived. So do economists, who say it would discourage Americans from seeking advanced degrees at a time when the country badly needs a better educated workforce.

Kim Rueben, a senior fellow in the Urban-Brookings Tax Policy Center at the Urban Institute, said the plan wouldn't harm just grad students. If young people opt out of graduate education, the damage would be felt throughout the economy.

"Dollar for dollar, this might be the most misguided part of the plan," she says. "What you're doing is increasing the cost of going to graduate school ... and ignoring the fact that the government makes much more money if people have more education."

So, Rueben says, the relatively small amount of money taken from grad students to pay for other cuts would stymie the country's growth in the future.

Larry Lyon, vice provost and dean of Baylor University's graduate school, was blunt. "I've been promoting graduate education for over 20 years," he said, and the plan is "probably the most serious threat to doctoral education we have ever experienced."

Other university administrators across the country appear to be just as appalled as students — the American Council on Education sent a letter to Congress decrying the plan. The letter was signed by over 30 academic organizations, including the Association of American Universities, the Council for Advancement and Support of Education and the American Psychological Association.

The provision exists only in the House tax bill, not the Senate version. Many graduate students are hoping that the proposal doesn't end up seeing the light of day.

The Department Of Education Cuts Off A Student Loan Watchdog