Accessibility links
'Stranger Things 2' Creators Wanted A Sequel That Topped The Original Brothers Ross and Matt Duffer return to the fictional town of Hawkins, Ind., for the second season of their Neflix series. "We wanted to scale it up a little bit," Matt says of Stranger Things 2. 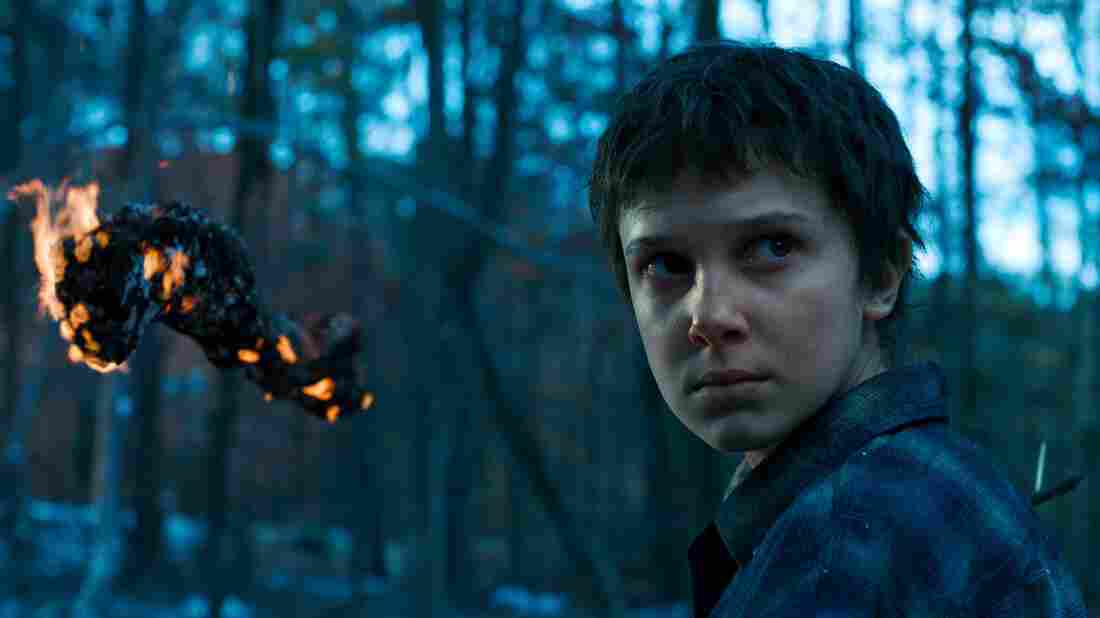 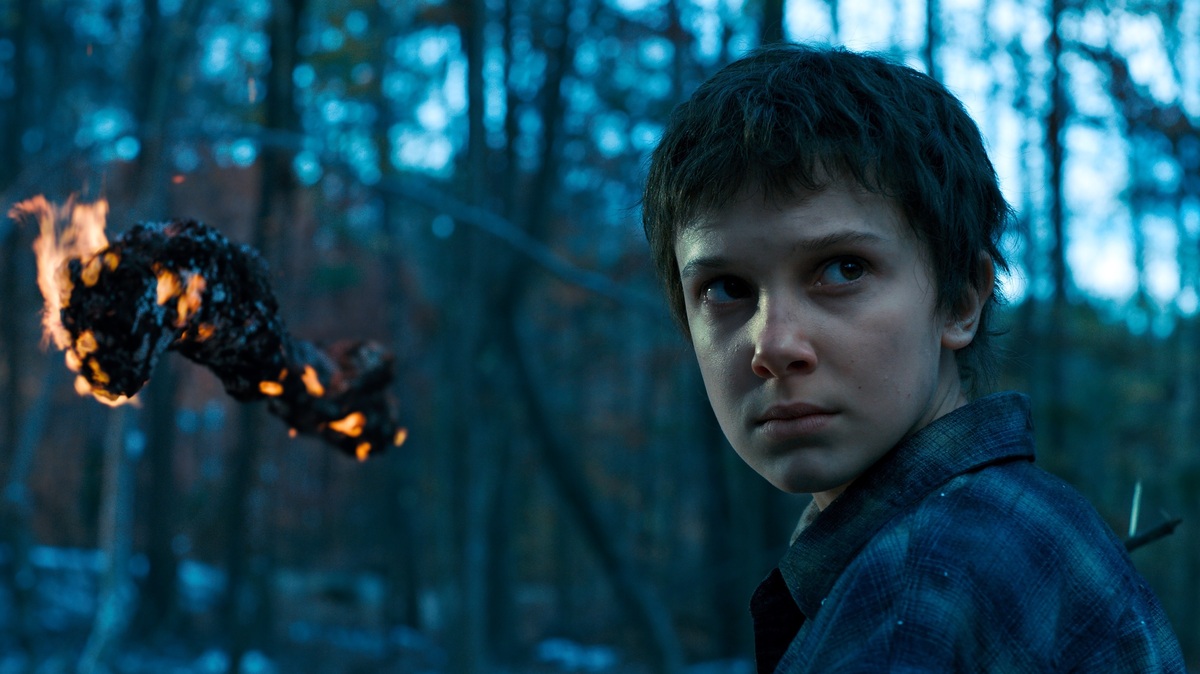 Growing up, twin brothers Ross and Matt Duffer loved movies — especially Tim Burton's Batman. In fact, the creators of the Netflix series Stranger Things 2 credit Burton — and his over-the-top style — with inspiring them to try their hands at filmmaking.

"Tim Burton — he's not exactly a subtle filmmaker," Ross Duffer says. "I mean that in a good way. ... I remember as a kid even you can go, 'Someone is behind all of this. It's the same person who is doing Beetlejuice, who's doing Batman.'"

Beginning in the third grade, the brothers started writing, shooting and editing their own movies. Now grown, they're still at it. Their 2016 Netflix series, Stranger Things, followed a group of middle school friends who investigate supernatural goings-on in the fictional town of Hawkins, Ind.

The series was a hit, and the brothers saw the second season as a sequel, which initially worried Netflix. "Most sequels are generally disappointments," Ross says.

But the Duffers thought of Stranger Things 2 as an opportunity to expand on their show's first season. "We wanted it to feel bigger than season one," Matt Duffer says. "We wanted to scale it up a little bit." 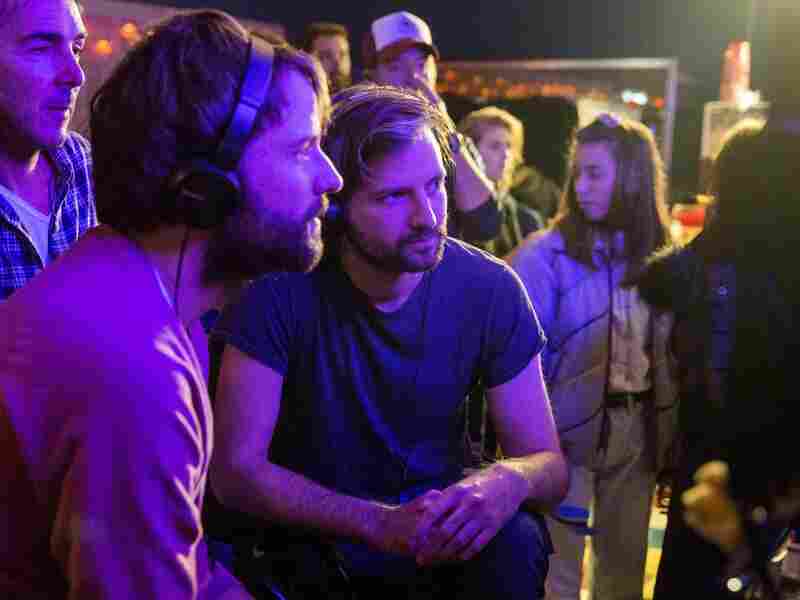 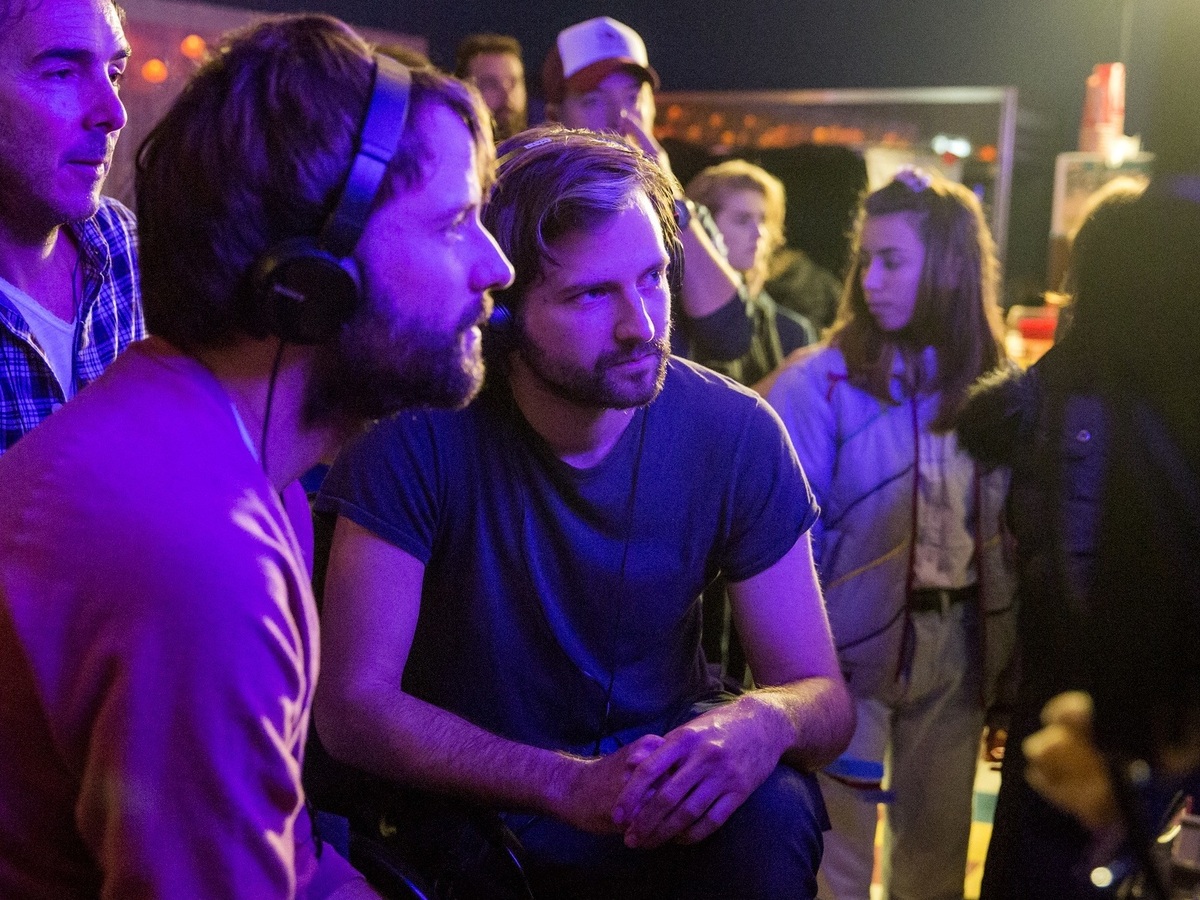 The Duffer brothers collaborate on the set of Stranger Things 2.

On the success of Stranger Things

Matt Duffer: There's so much content out there in the world that the fear was you're just going to get lost. Even if people do like it, and we thought best case scenario is we're appealing to people like us who are nostalgic for this style of storytelling. So the surprise to us came when especially the younger generation started to fall in love with these characters, and then start tweeting about it and then word started to spread.

Netflix was always behind the show and they always loved it. ... What they told us is that they were hoping that word of mouth would spread, but it's going to take some time. Word of mouth is certainly what got the show its popularity, but I think everyone was taken aback by how quickly that word of mouth spread.

On auditioning over 1,000 child actors

Ross Duffer: One of our favorite things is the casting of these kids, just because it was certainly over a thousand, and some of that gets weeded out by our casting director and then otherwise you can generally tell instantly with this stuff.

You don't need to watch a full audition and debate whether this kid is right or not. ... Generally, with all of our main kids, you knew within a few seconds of them speaking, because what we're looking for is something that felt authentic, because there's this sort of Disney Channel kid, which is overdoing it. They're trying to be cute. Whereas our kids, to us, just felt there was something authentic about it. ... Once we found this group of kids, we ended up shaping the characters around them.

On the creepy plants that appear in Stranger Things 2

Matt: I found snakes creepy. That's why we have all these vines and stuff ... in season two that move and grab people. ... [In] the classic sci-fi stuff, there's always something very organic about some of the supernatural environments. ...

I was just watching the 1978 Invasion of the Body Snatchers, which is one of my favorites, and they've got those pods that shoot out these disgusting duplicates, like flower petals spewing out a baby Jeff Goldblum — it's the worst/best. I'm sure we're pulling from all that.

On co-writing screenplays together

Matt: A lot of our work is actually done on Google Docs, and so we don't speak to each other. It's a really weird thing where we're both on headphones, not talking, and just typing on the same document at the same time.

We're in the same room, same office. We have separate desks. We're not, like, literally right next to each other, because we'd probably punch each other every once in a while, so it's good there's a little bit of physical distance.

We'll get into Google Doc wars, where I type a line of dialogue or an idea for the scene — he'll delete it. I'll go write it back in — he'll delete it again. And then the headphones come off and then we actually have to have a conversation about it. So it's a little ridiculous.

Lauren Krenzel and Seth Kelley produced and edited this interview for broadcast. Bridget Bentz, Molly Seavy-Nesper and Petra Mayer adapted it for the Web.