Accessibility links
After Sexual Harassment Accusations, Congress Moves Toward Mandatory Training Congress is grappling with how to change the culture on Capitol Hill, as a wave of sexual harassment allegations have swept the country in every industry. 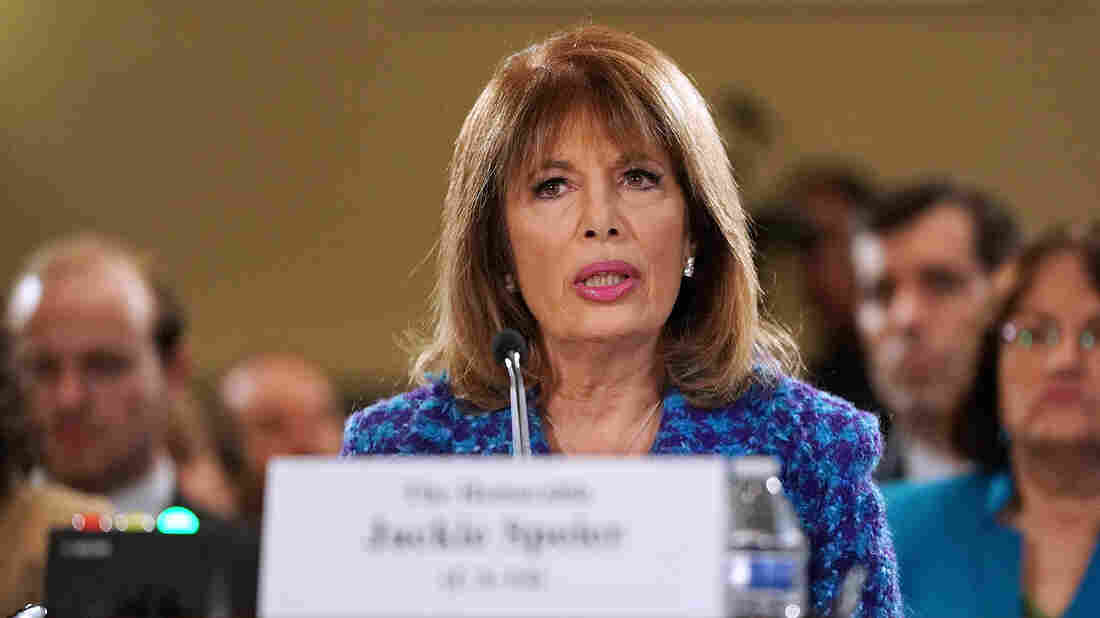 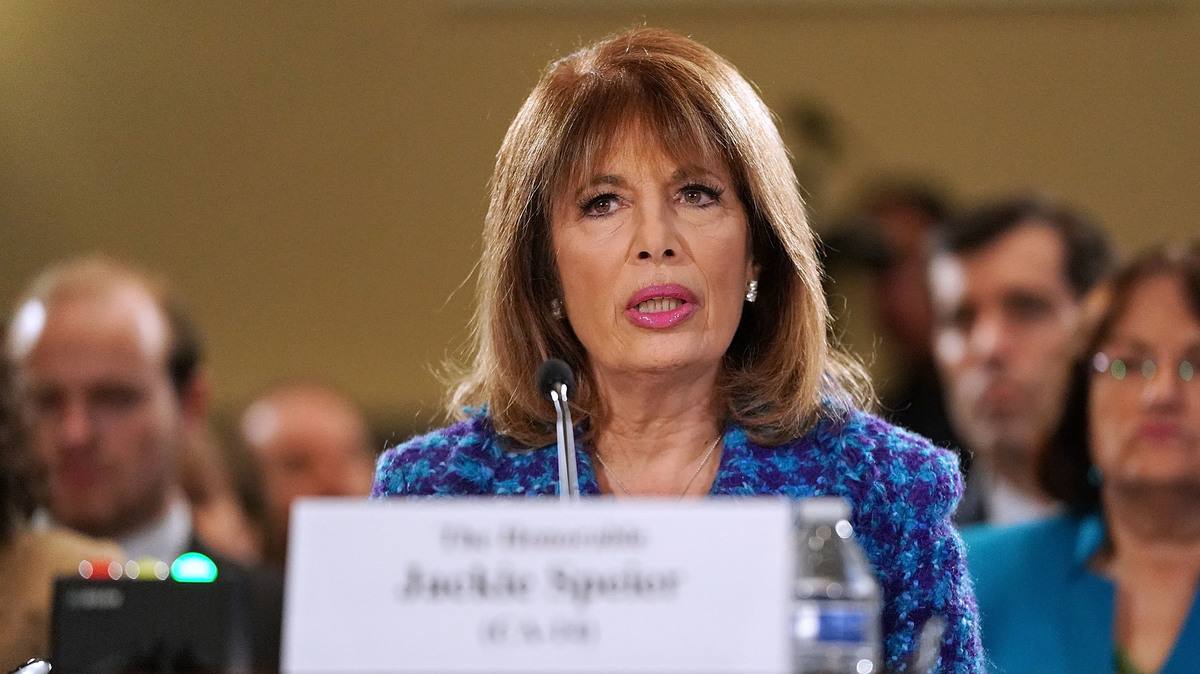 Two female lawmakers accused sitting members of Congress of sexual harassment but did not divulge their identities, at a House hearing Tuesday.

"This is about a member who is here now; I don't know who it is. But somebody who I trust told me the situation," said Rep. Barbara Comstock, R-Va., a member of the House Administration Committee, which is conducting a review of existing policies to prevent and report sexual harassment.

According to Comstock: The male lawmaker asked a young female staffer to bring some paperwork to him at home; he answered the door in nothing but a towel.

"At that point, he decided to expose himself," Comstock said. "She left. And then she quit her job."

Rep. Jackie Speier, D-Calif., divulged that she is also aware of harassing behavior by some of her colleagues.

"In fact, there are two members of Congress, Republican and Democrat, right now, who serve, who have not been subject to review, but have engaged in sexual harassment," she said without identifying the lawmakers.

There was broad agreement at Tuesday's hearing that the House needs to make some changes, starting with mandatory sexual harassment training.

Currently, the training is optional.

House Speaker Paul Ryan, R-Wis., said in a statement later Tuesday that the House will move toward adopting mandatory training for harassment and discrimination in the workplace.

"Our goal is not only to raise awareness, but also make abundantly clear that harassment in any form has no place in this institution," Ryan said.

Rep. Bradley Byrne, R-Ala., was an employment attorney before he entered Congress. He testified at the hearing and urged a series of additional reforms, including a universal harassment policy.

Currently, each of the 435 member offices is considered an independent hiring authority and can set its own terms for training policies.

Byrne also said the House should revise the Code of Official Conduct for lawmakers to expressly prohibit sexual relations with their staff.

"It is my opinion that given the inherent power differential between a member and their staff that they supervise we should include a strict prohibition on members engaging in a sexual relationship with staff under their direct supervision," he said.

Byrne also wants to change the current system that shields the details of settlements. If a claim against a lawmaker is settled and involves a financial award, it's paid for by taxpayers, and it's never disclosed to the public. There are no public data on how many claims have been paid out, and at what cost.

"Personally I find this unacceptable," Byrne said. "If a member of Congress settles a claim as the harasser or is found liable as the harasser, it is my belief the member should be personally liable or required to repay the Treasury for such damages."

Gloria Lett, an attorney for the House Employment Counsel, testified that the majority of complaints do not involve lawmakers. "Overwhelmingly, the mediations concern staff and staff," she said. "It's very rarely when it involves the member, but those occasions have occurred."

Lett told lawmakers she thinks the current process is effective despite lawmakers' concerns. "I think it's a very effective process," she said. "We have lots and lots of cases that are resolved through that process. Employment cases, in general, the overwhelming majority are resolved before full-blown litigation."

Attorneys testified Tuesday that this process includes protections for both the accusers and the accused.

The Office of Compliance, established by the 1995 Congressional Accountability Act, is charged with adjudicating workplace disputes. Under the law, there is a detailed three-step process that requires counseling and mediation before an employee can file a complaint.

It goes like this: An employee must start the initial review process, which is kept confidential, within 180 days of the alleged violation of the law. If it's not resolved within 30 days, it goes to mediation, where the employing office is notified about the claim and the parties attempt to settle the matter by a neutral mediator appointed by the compliance office.

Barbara Childs Wallace, who chairs the board of the Office of Compliance, told lawmakers that there is often a difference between what is illegal and what is inappropriate, and the compliance office is involved in resolving all kinds of disputes.

"One thing I think that needs to be understood is there is illegal sexual harassment," Wallace said, "and there are bad practices. A complainant might not win in court with what their complaint is, but it can still ruin the morale of an office and be inappropriate."

To that end, Wallace said the compliance office has been recommending mandatory sexual harassment training since 2010.

Lawmakers, like Speier and Comstock, voiced reservations that the reporting process is too cumbersome and complicated to encourage people to speak up.

"I'm not convinced the system we have in place protects the victim at all," Speier said.

Speier is expected to introduce bipartisan legislation to overhaul the reporting process and how the compliance office handles complaints on Wednesday.