Accessibility links
Yung Lean's 'Agony' Is A Glimpse Into The Small, Real Horrors Of Life A track from the rapper's latest album drags like slowly dripping syrup, as he introduces the listeners to nightmare apparitions only he can see. 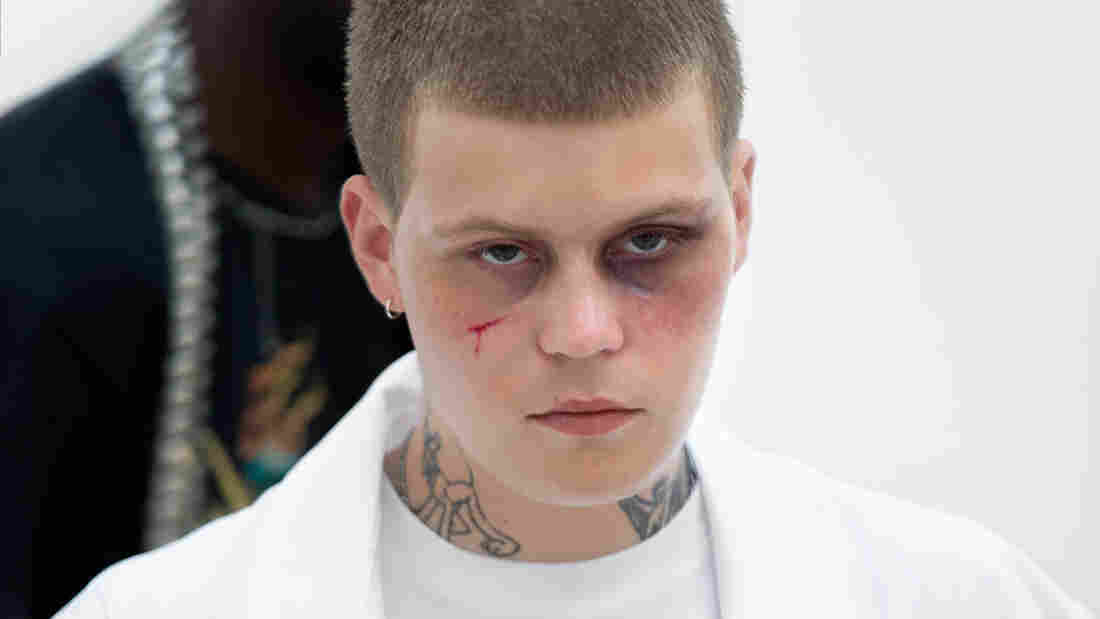 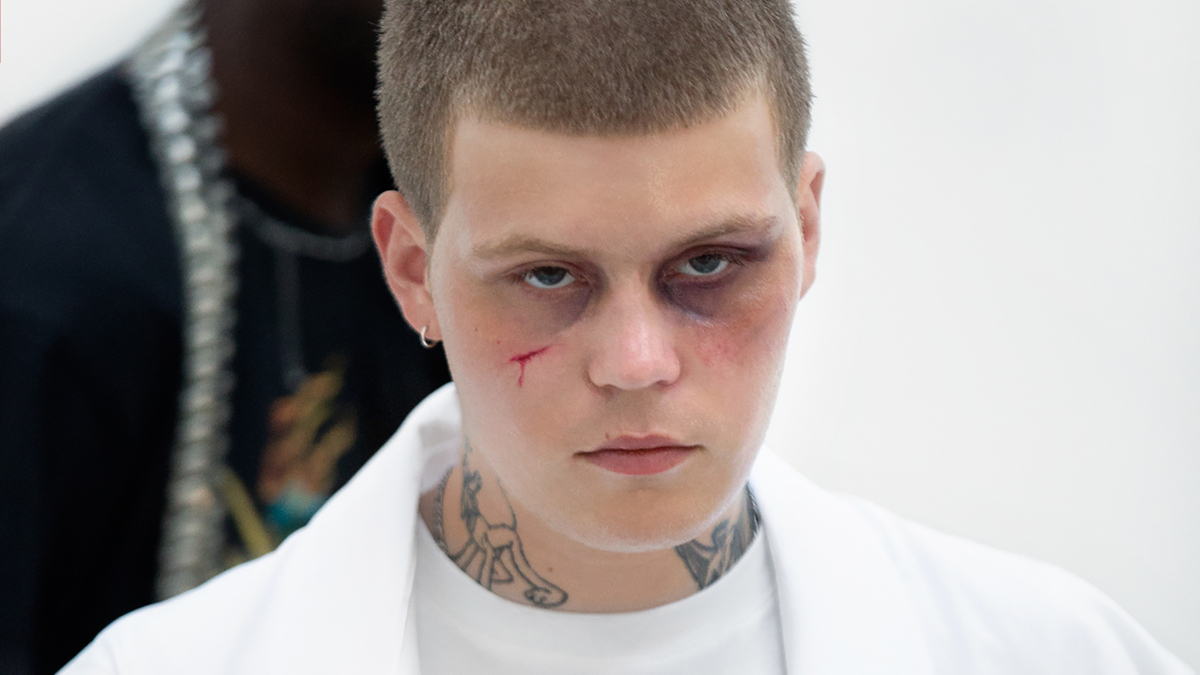 Zak Arogundade/Courtesy of the artist

Yung Lean, or Jonatan Leandoer Håstad, makes hip-hop that likes to drift outside the lines. His early stuff, made at age 16, fell into the spacey, dreamy sub-realm of "cloud rap." The beats, meticulously crafted by his friends, bounced about endearingly as he rapped about Arizona iced tea and "mosquito [bite] tits." But his flow was the most (and least) interesting part about him: flat, offbeat monotony that many read to be mocking of the genre.

Then, after a series of troubling events in his life, all detailed in a FADER cover story (heavy drug usage that led him to be hospitalized in a mental institution, and the death of his then-manager), his sound moved into darker territory. Warlord, the album from this period, was a blown-out cry for help. His rapping became more like drugged-out disinterest, too far gone in his head to really care if you understood what he's talking about.

"Agony," one of the more accessible and stripped-down songs on the much brighter and more melodic Stranger, is just him and a slightly out-of-tune piano. There's some glittering guitar to break up the sedative crawl of the song, and his flow still drags like slowly-dripping syrup, as he introduces nightmare apparitions only he can see: "My furniture has come alive / I'm dancing with a candlestick tonight."

But the result is something beautiful, and a little sad, and a little scary — like getting a glimpse into the small, real horrors that can invade and overwhelm a person's life. The hook quite plainly includes the lyric: "When I'm afraid, I lose my mind."

Lean tells NPR that "Agony" is his interpretation of Alice In Wonderland and Beauty And The Beast: "It's about being alone in a big marble house with white marble floors filled with burning golden candles and everything comes alive when you're alone."

Knowing everything that's happened, the hallucinations he's singing about are most likely than not wholly and completely real to him. And yet — maybe it's his apathetic delivery, or the guitar that almost feels redemptive, but I get the sense that he'll be OK. It's like he really means it when he tells us: "It's fine, it happens all the time."

Stranger is out now.