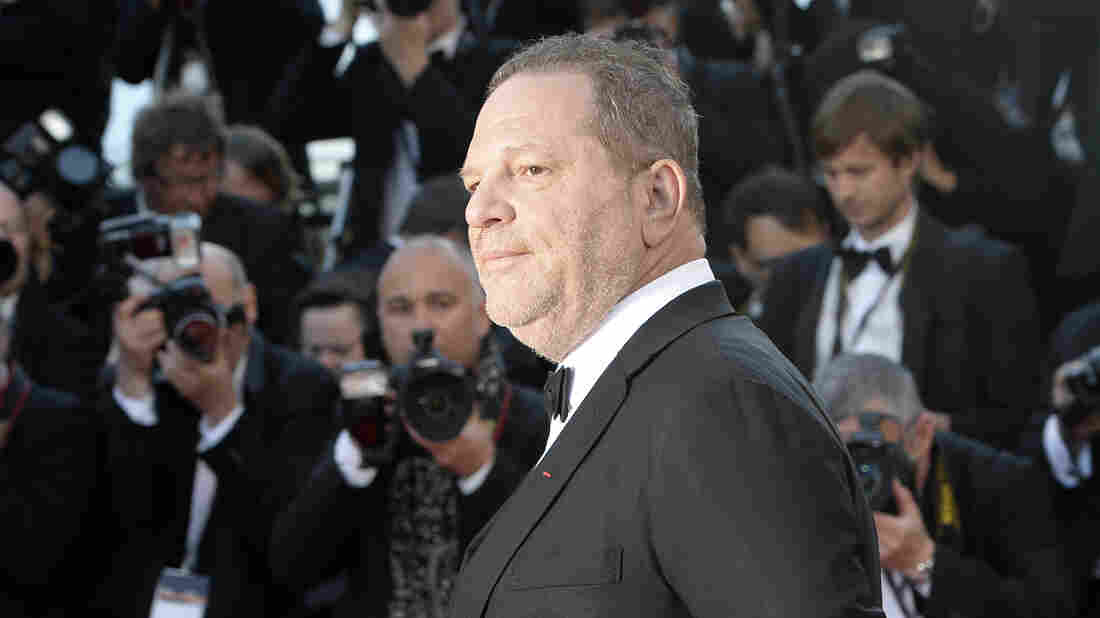 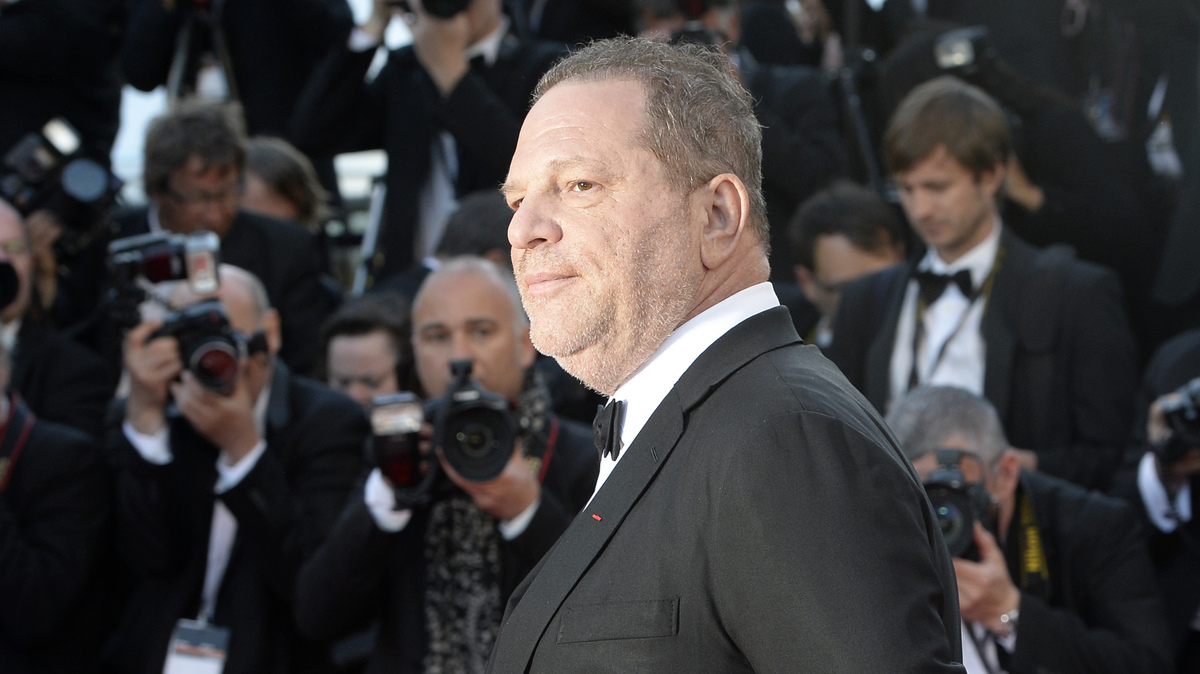 Harvey Weinstein poses on the red carpet of the 2013 Cannes Film Festival. Weinstein is the subject of numerous allegations of sexual harassment spanning decades.

The article featured evidence and interviews describing a pattern in which the film producer would invite young women to a business meeting, sometimes in his hotel room, and then sexually assault or harass them.

The Times investigative reporters who broke the story, Jodi Kantor and Megan Twohey, say they worked hard to persuade Weinstein's accusers to speak to them.

Since their initial article was published, Kantor and Twohey have reported new allegations against Weinstein as well as other famous men. Earlier this month, Kantor contributed to a piece detailing alleged sexual misconduct by comedian Louis C.K.

Kantor says she sees the larger story of sexual misconduct by powerful men as a "reckoning and an excavation." "Part of what Megan and I are grappling with every single day is how did this happen? ... We're not trying to justify anything, but we are trying to explain it."

On the documents that helped break open the story

Jodi Kantor: Really important components of our reporting were, first of all, figuring out the settlement trail. We were able to trace the legal and financial records where Harvey Weinstein — again and again and again — had silenced women who had come forward with some sort of allegation, using money, using legal muscle, using some sort of professional intimidation.

And so our goal was almost to reverse-engineer that process. Here these women had been silenced through these means. But we also thought the means were evidence that something happened, right? And so even as we're sort of persuading these actors and ex-employees to talk to us on the record, we were also building this timeline of what had happened.

And then the other thing we were looking for was documents and evidence. One of the most powerful things in our first story is this 2015 memo that a young employee named Lauren O'Connor wrote, working at the Weinstein Co. That's the memo that has the line, "The balance of power [is me: 0, Harvey Weinstein: 10.]" And it's this long memo where she details sexual harassment in the company, and we were able to get that and we were able to get other company records.

So that really helped actually getting women on the record, because we were saying to them, "This story is not like you going up alone against Harvey Weinstein and your word against his about what happened in a hotel room."

On how nondisclosure agreements were used to silence Weinstein's accusers

Megan Twohey: This wasn't just a single predator who came into view through the course of our reporting, but a broad system in which women who step forward with allegations of sexual harassment or sexual assault by people in the workplace or in their industries are often then silenced through settlements in which they receive financial compensation for their experience.

[The compensation] comes with a price: They are required to never speak of the allegation ever again. And that's sort of a baseline level of silencing. Sometimes the settlements are much more elaborate in what they require. "If somebody comes to you — if the press ever comes to you for comment — you have to say positive things about me."

On the coordination involved in setting up Weinstein's hotel room meetings

Kantor: What's remarkable is the degree of facilitation this required. ... The construct was that these women were coming in for meetings with Miramax or the Weinstein Co. and with the studio head. ...

When I interviewed Gwyneth Paltrow, she said, "The reason I went to the meeting was because I had this fax from [Creative Artists Agency] telling me to meet Harvey Weinstein." It was really supposed to be a work appointment. And there were often assistants that showed women to the room. ...

Think about everything that was required to put this whole system into place: the travel arrangements, the logistics, the schedules, the assistants, the money to pay for these lavish hotel suites, the kind of work schedules involved. So part of what emerged over the summer was this portrait of methodology that was really chilling.

Twohey: There was this Italian model who showed up to the Weinstein Co. for a business meeting with Harvey Weinstein. And within hours of leaving, she went to the police department here in New York and said that he had groped her and that she was willing to make a police complaint about it.

And it's interesting to see in that situation there was a whole team that swooped in to help Harvey fight that in a counterattack effort. There were private investigators who were dispatched to basically dig up dirt on her. There were stories planted in the tabloids to basically disparage her background. There were high-profile attorneys who stepped up to Harvey's side, including Linda Fairstein, the former sex crimes prosecutor here in Manhattan, who was willing to facilitate introductions to the current sex crimes prosecutor who was handling the case. And within weeks that case was dead.

Twohey: There had been reporters who had tried to do this story for many years, going back many years, only to see those stories killed or die before they were published. And so there were people who we reached out to who had spoken to previous journalists for previous attempts at this story, and there was, I think, a level of cynicism that Harvey Weinstein kills these stories, that he knows how to stop them in their tracks. He's either going to come into The New York Times and bully you out of this story, or threaten to sue you, or somehow kind of buy you guys off in some sort of fashion. ...

And so that was something that Jodi and I had to do continuously throughout the reporting process, was to just assure people, to say, "Listen, I don't know what your experience has been with another news organization but I guarantee you, you have our word, that this is a story that has the support all the way up to the top of The New York Times, and we're going to work at this story as hard as we can around the clock until we get it, until we get at the truth. And we're going to publish the truth."

Amy Salit and Mooj Zadie produced and edited the audio of this interview. Bridget Bentz, Molly Seavy-Nesper and Nicole Cohen adapted it for the Web.