Accessibility links
Income Tax Cuts For Individuals Would Be Temporary In Updated Senate GOP Plan The Senate plan would make tax cuts for individuals temporary and canceling out Obamacare's individual mandate. Wisconsin's Ron Johnson became the first Republican senator to come out against it. 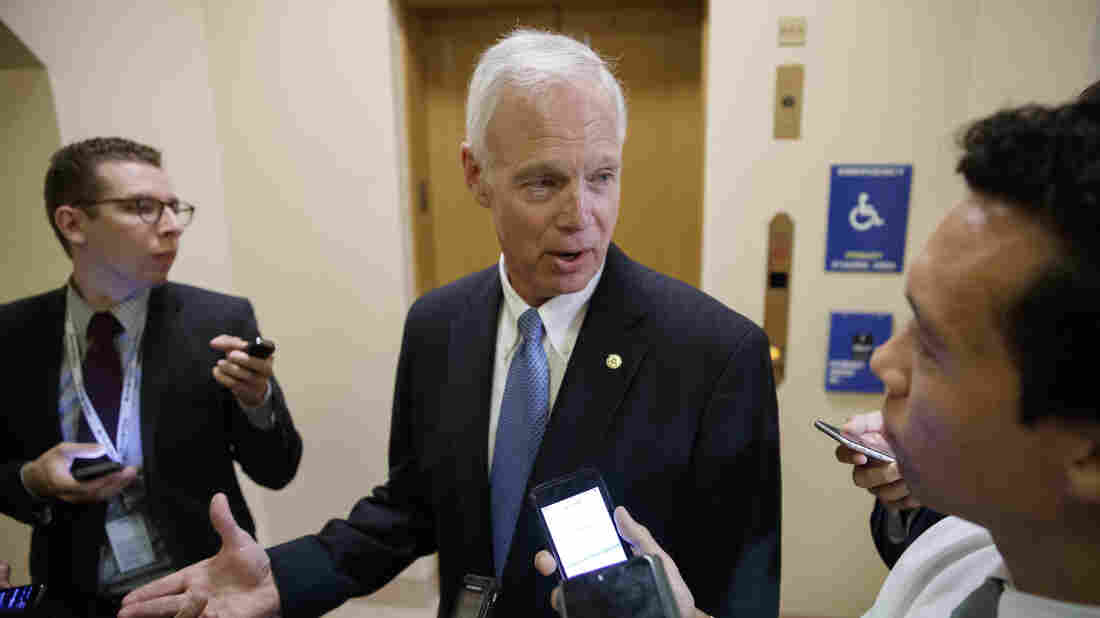 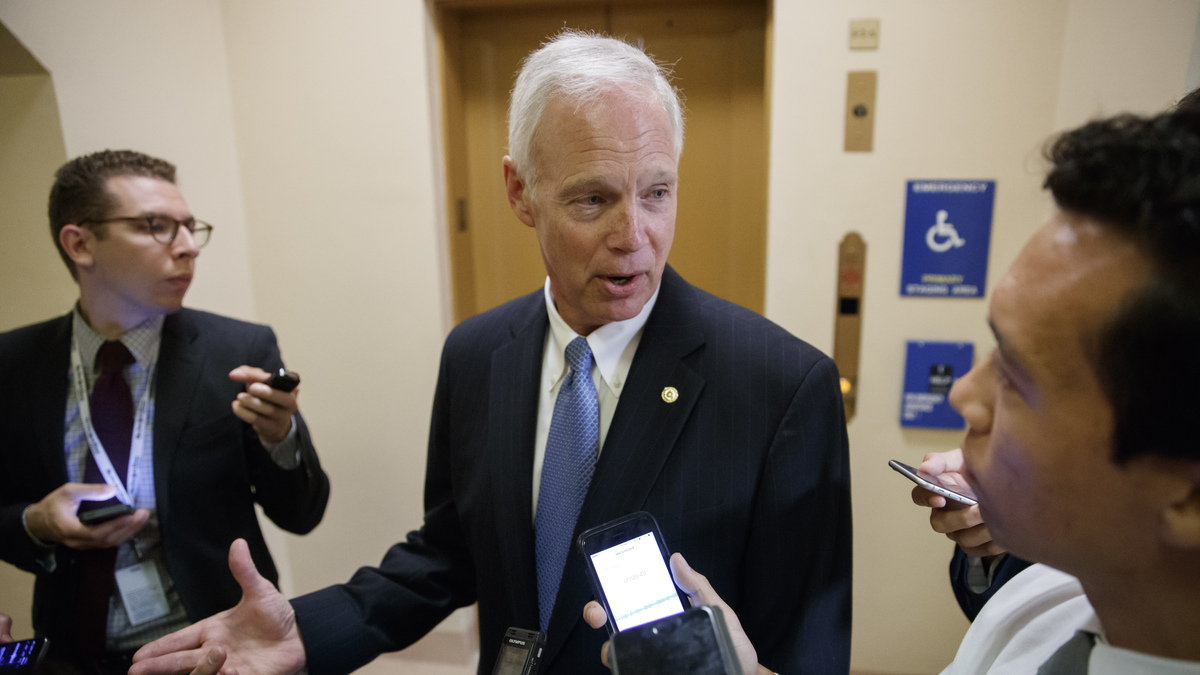 Sen. Ron Johnson, R-Wis., talks to reporters in July. On Wednesday, Johnson became the first GOP senator to come out against the current tax plan.

Republicans are sprinting to push their tax plan through Congress by the end of the year, and with that quick timeline comes a breakneck news cycle. The Senate tax overhaul plan underwent some big changes overnight, with GOP members in that house confident they could get the bill passed. But with a GOP senator now saying he opposes the bill and several others uncommitted, it could have a tougher time passing.

Also among the proposals: making nearly all of the tax changes for individuals temporary, while keeping major corporate changes permanent.

The cuts in individual tax rates, the bump in the standard deduction and the larger child tax credit, among other things — all these would end at the end of 2025, as would proposed tax cuts for "pass-through" entities — businesses that pay taxes through the individual income tax code. However, many changes on the corporate side, which are centered on a rate cut from 35 to 20 percent, would remain permanent, as would the proposed elimination of the individual mandate penalty.

Wisconsin Republican Sen. Ron Johnson told the Wall Street Journal on Wednesday that he could not support the bill because of how it prioritizes corporations over those "pass-through" businesses, in his view. (He did not specifically cite the Hatch amendments, however, in the Journal's story.) 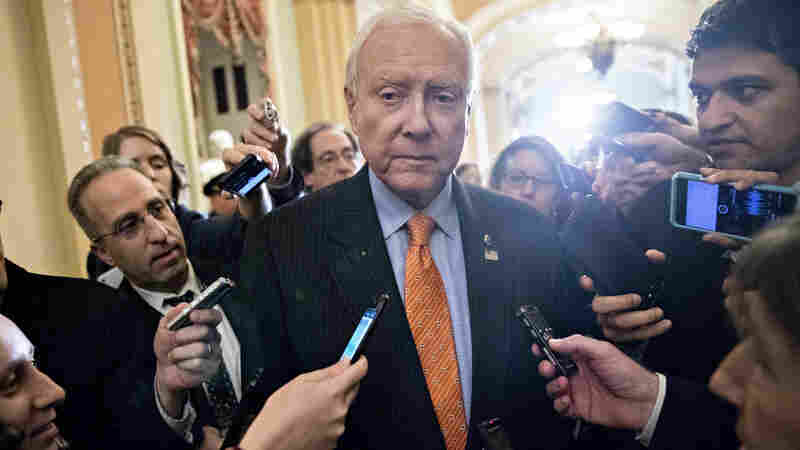 Utah Republican Orrin Hatch, the chairman of the Senate Finance Committee, speaks to members of the media after a weekly GOP luncheon meeting on Tuesday. Bloomberg via Getty Images hide caption 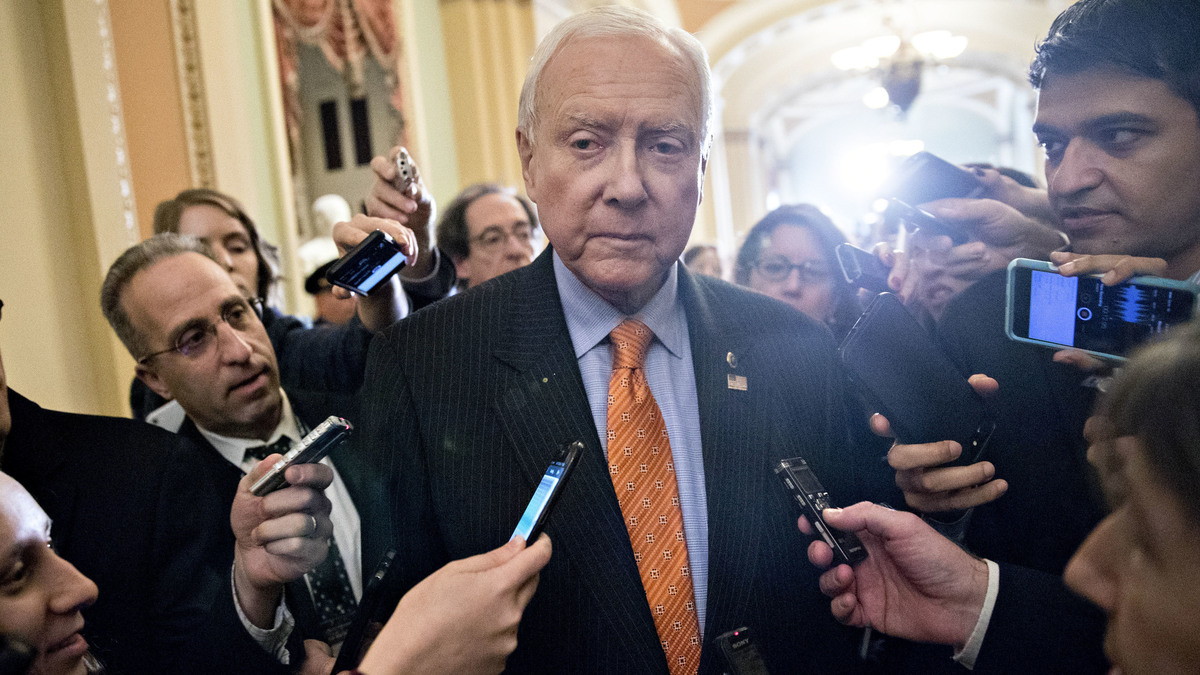 Utah Republican Orrin Hatch, the chairman of the Senate Finance Committee, speaks to members of the media after a weekly GOP luncheon meeting on Tuesday.

The timing changes Hatch proposed could prove key to the bill's survival, as they would help the tax plan hit targets required by Senate rules for its passage. The Senate already passed a budget stipulating that they cannot add to the debt by more than $1.5 trillion over a decade, but a regulation known as the Byrd rule also says the legislation can't raise deficits past that 10-year window.

But with these newest changes, the longer-term fiscal effects look better for Republicans. After increasing deficits from 2018 through 2026, the bill would in fact modestly subtract from the deficit in 2027, as the right-leaning Tax Foundation's Scott Greenberg noted.

That looks good for Republicans right now, as it means the bill could continue not adding to the deficit beyond 2027. But it also could mean dealing with the fallout from abrupt tax hikes for constituents in 2026 — or having another "fiscal cliff"-type standoff at the end of 2025 as tax provisions would be set to expire.

Politically, the changes are a mixed bag: Increasing the child tax credit from the current level of $1,000 to $2,000 (previously, Senate Republicans had proposed increasing it to $1,650) could make many families happy. Eliminating the Obamacare individual mandate likewise would very likely please Republicans' base.

But recent polling suggests that prioritizing corporations' taxes over individuals' could be a tougher sell. Morning Consult and Politico found that while Americans broadly like some proposed tax changes, like cutting taxes for businesses that don't pay corporate rates and expanding the child tax credit, they are not enthusiastic about a corporate tax cut.

Americans were nearly equally split over that cut, with 39 percent in favor of the cut and 41 percent against (the rest said they didn't know or had no opinion).

Corporate tax cuts are, however, a centerpiece of how Congress and the White House are selling their plans. The White House has argued that a corporate tax cut would lead businesses to hire and pay workers more, to the tune of thousands of dollars per year — a claim that economists across the political spectrum said was far too optimistic.

Altogether, Americans don't seem to be buying that line of reasoning.

These same types of sharp cutoffs in new policies are already present in both tax bills. Both the House and Senate proposals would allow businesses to immediately deduct investments, but both plans would sunset that policy after five years. Even conservative economists have criticized that policy for being unnecessary in an already strong economy, potentially creating uncertainty and setting up future fights on Capitol Hill.

The House bill also includes a $300 credit for nonchild dependents, taxpayers and their spouses that would expire after five years.

Those sorts of temporary provisions in the House bill amount to "gimmicks like arbitrary phase-ins and expirations that damage its fiscal credibility and undermine important objectives," as Michael A. Peterson, president and CEO of the Peter G. Peterson Foundation, which advocates for smaller deficits, said earlier this month.

Republicans in Congress are currently racing to pass tax legislation by the end of the year. Once each house passes its version of a tax overhaul, the bills would head to a conference committee, where members of the House and Senate would work out differences before presenting the bills for final votes and then, potentially, sending the final product to President Trump's desk just in time for Christmas.