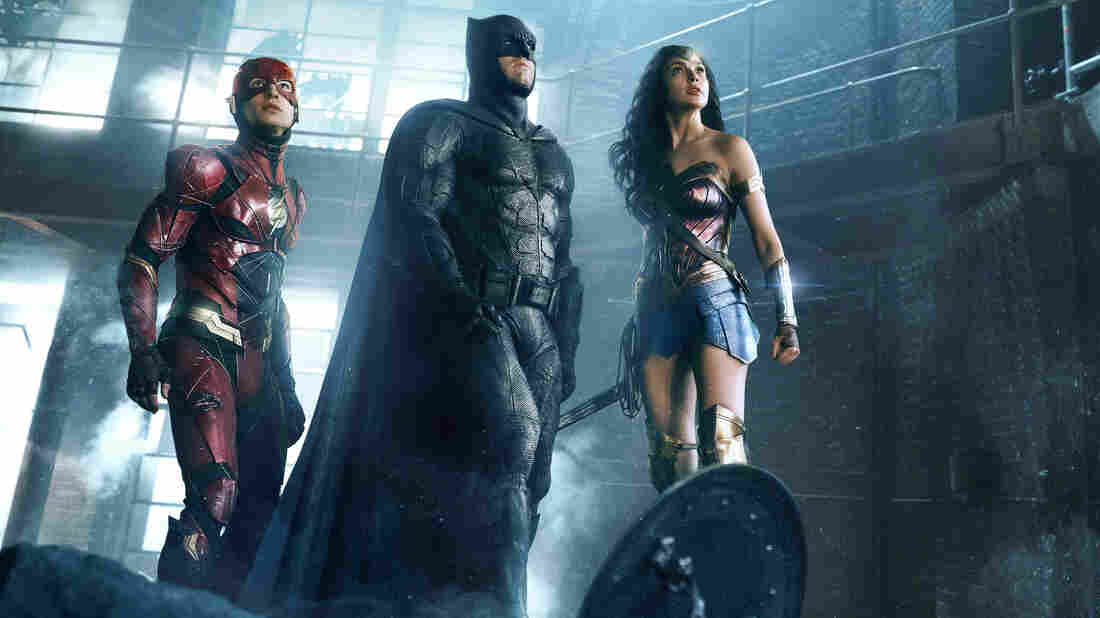 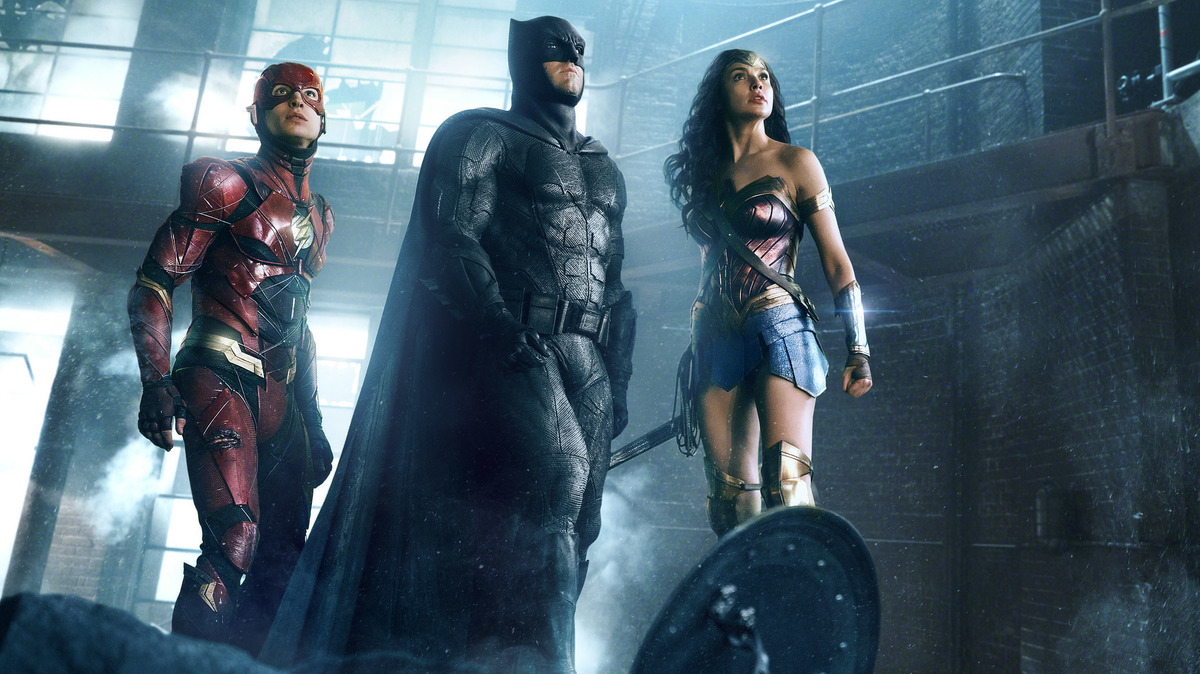 Howard Hawks, whose four-dozen-feature filmography didn't include a single superhero flick, had a formula for success: "Three great scenes and no bad ones." Justice League, the DC Comics movie-verse's inevitable all-star-charity-single-team-up catch-up movie, has at least three pretty good scenes and, um ... maybe we can just talk about those for a while. They're enough to average things out to roughly a C-grade B-movie wherein all involved fully satisfy their contractual obligations. Isn't that inspiring?

Bringing in Avengers maestro Joss Whedon — who is credited as a writer, but who directed reshoots and oversaw editing after Man of Steel and Batman v Superman director Zack Snyder had to step away due to a family tragedy — is a lot like having J.J. Abrams do Star Trek and Star Wars; there oughtta be a law. But the stuff that works in Justice League, if only just, bears his stamp. It also sticks out from the material that Snyder started shooting 19 months ago like strapping Clark Kent in a newsroom full of pasty, soft-bellied bloggers.

With the exception of one enjoyably hokey mid-movie melee wherein the five heroes on the poster get reacquainted with [REDACTED] in the customary manner of comic-book team-ups, the strongest material is the several two-hander scenes wherein various pairings of heroes talk heroism: Batman and Wonder Woman, Batman and The Flash, Batman and Aquaman, Wonder Woman and Cyborg, Cyborg and the Flash. That last one is literally a gravedigger scene, which sure feels like a Whedonesque touch, whether he wrote it in or not. (He shot a quickie version of Much Ado About Nothing at his house to decompress from making The Avengers, remember.)

About the new hires: Cyborg (Ray Fisher) is basically RoboCop as an angsty teen titan. He mourns the loss of his human body and is frightened by how the alien technology that allowed his brain (and most of his face) to survive an explosion (with an assist from his dad, SkyNet inventor Joe Morton) is changing him. The Flash (Ezra Miller) is to the DC-verse what Tom Holland's Spider-Man is to Marvelworld: A scientifically-minded, excitable kid learning the ropes of superheroing from a rich older mentor. That's Ben Affleck's graying Bruce Wayne, who'd be eligible for a pension now if he'd chosen a badge instead of a cape.

All of the principal actors are solid. Even Jason Momoa, whose Aquaman is a superbro right out of Point Break who slugs liquor in slow motion while The White Stripes' "Icky Thump" pounds on the soundtrack, earns some intentional laughs, though he's not as funny as Chris Hemsworth in the latest Thor. But nobody owns their role like Gal Gadot, whose part was reportedly beefed up after Wonder Woman became the DCU's sole unequivocal triumph. Gadot has that same perfect balance of authority and compassion that Christopher Reeve had. Justice League makes a feeble attempt to backfill why the Amazon princess has been operating in secret in the century since her own movie (principally) took place—which is really an attempt to explain why Batman is nominally in charge at all. ("I'm rich," he says, when asked to describe his super-talent.)

Actually, a lot of Justice League's relatively svelte 117-minute run time — 35 minutes shorter than the theatrical cut of Batman v Superman! — is devoted to sorting out the league's org-chart. The one battle that feels like anything is at stake comes when our heroes must pacify a violently confused ally of theirs whose presence in the movie I'm supposed to treat as secret even though the actor in the role is second-billed in the opening credits. (I'll not cavil over that point.) (Even though I think it's super dumb!)

Elsewhere, the super-smackdowns remain as numbingly tension-free as ever, relying on digital animation barely more convincing than that seen in the popular Injustice video game franchise featuring the DC characters. Then there's the movie's villain problem. His name is Steppenwolf, his voice is supplied by the fine Irish actor Ciarán Hinds, and he's one of the many characters artist Jack "King" Kirby created for DC after he defected from Marvel Comics in the early '70s. (It seems he thought he should get royalties for creating or co-creating The Fantastic Four, The Avengers, and the X-Men, among many others.)

As for Steppenwolf's objective in the movie, well ... he's bad? If he's allowed to collect the three "Mother Boxes" separately entrusted to the Amazons (Wonder Woman's people), the Atlanteans (waterborne, duh), and humankind, well... we Earthlings definitely won't be getting our security deposit back. His soldiers are the buglike Parademons who take nourishment from our fear. And in the wake of Superman's death, the fear quotient here on Earth is at an all-time high. Superman, we're told, was an inspirational signal-booster for humanity's own strength and kindness. The one movie about him that ever really leaned in to that idea was Richard Donner's.

Speaking of expired versions, Justice League's score is by Danny Elfman and makes prominent use of the theme he composed for Tim Burton's Batman back in 1989, several versions of the character ago. For anyone dismayed by Justice League's thudding mediocrity — especially after Wonder Woman was such a treat — hearing that brooding Wagnerian figure is oddly comforting, a reminder that this iteration of your childhood favorites, too, shall pass.